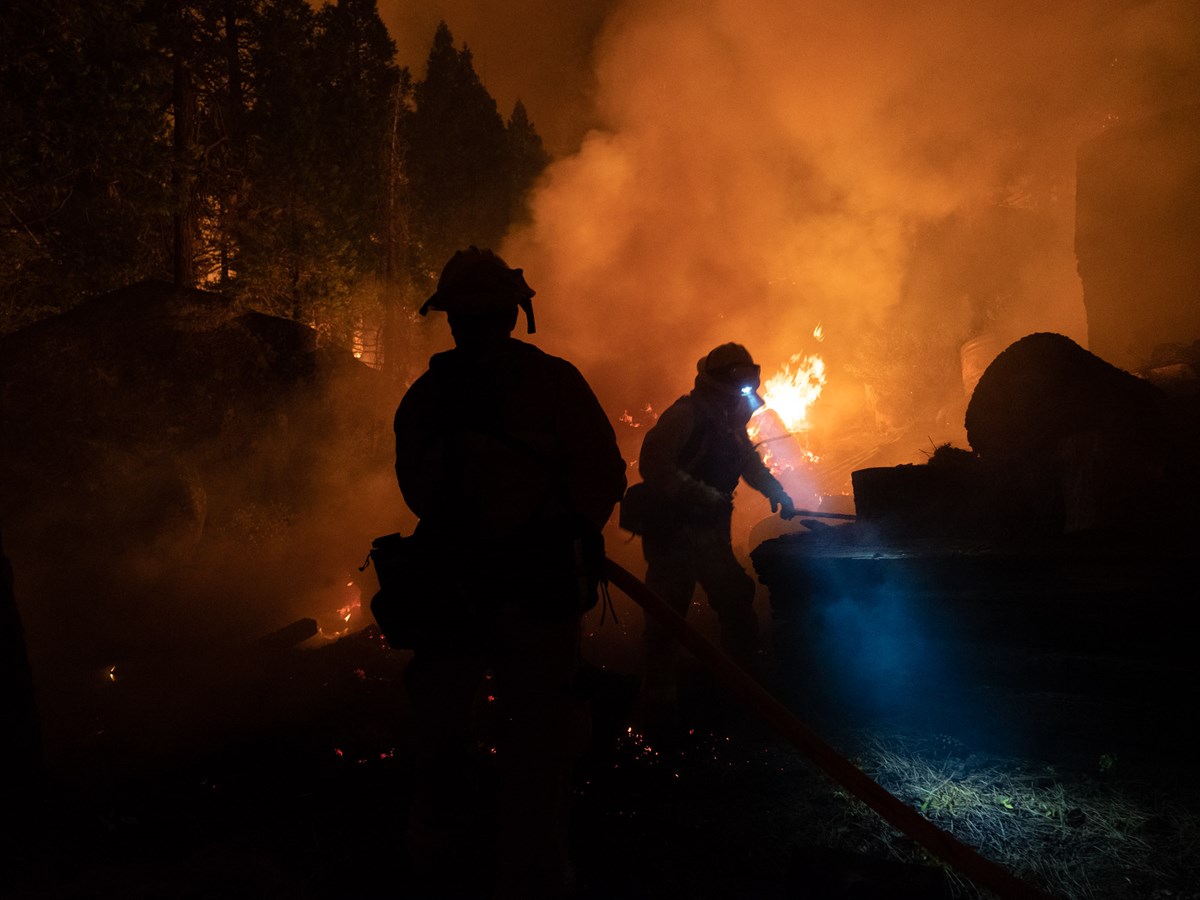 With most of California facing severe or moderate drought conditions, Cal Fire is anticipating another long and potentially tricky fire season this year. Just this week, a wildfire in Southern California destroyed more than 20 homes.

Compounding that situation is a shortage of state firefighters. One reason for the shortage is the mental and physical toll they’ve endured over the last several years.

Wildfires have become larger and more destructive, leaving firefighters to work longer hours and sometimes weeks on end without a day off. Over the last four years, more than 54,000 calls have been made by firefighters to state mental health hotlines.

California state Sen. Mike McGuire and President of Cal Fire Local 2881 Tim Edwards spoke with Nicole Nixon on CapRadio's Insight to discuss a bill that may increase the department’s staffing, and how Cal Fire is preparing for the next wildfire season.

On why Sen. McGuire has authored a bill to hire more Cal Fire firefighters

For the first time in American history, in 2021, more firefighters died of suicide than on-the-job injuries, in what we know is due to staff shortages.

On how the bill could assist with staffing shortages, resources and more if passed

McGuire: What I would hope is that we’re going to invest in these [new firefighter] positions in the upcoming budget … If we get an agreement in the next 60 days, we would be able to start the hiring process.

And the way we would break this down is in the following way — No. 1, Cal Fire is one of the few fire departments left in the entire West Coast that doesn’t have three firefighters in an engine.

Cal Fire is 2.7. This is simply unacceptable.

In addition, we would hire 18 additional fire crews with 48 firefighters each that would be deployed in all corners of California. We would also mandate a modern-day staffing study … We’re operating like we were in the 1970s … that’s when they peaked before I was born.

And now we’re burning, quadrupling the number of acres year after year, and our firefighters are at the breaking point. That’s why we’re advancing this legislation.

Edwards: The conditions that we are going to see this year and what we’ve seen over the last years has been horrific, to say the least.

And the shortage of firefighters within Cal Fire did not just happen overnight. It’s been a lack of hiring and finances from the state of California to invest in the firefighters.

So our shortages are behind. We’re less firefighters, as Sen. McGuire said, than we had in the 1970s. And we’re responding to over a million and a half calls a year, and with 33.3 million acres to cover.

We have one engine for 92,000 acres, so the shortage is tremendous.

On why there’s been a shortage of firefighters

Edwards: I think it’s a multitude of things. It was a lack of investment early on, and when budget problems happened years ago, the first thing to be cut was fire. We never bounced back from that.

We don’t really have a recruitment problem within Cal Fire. What we have is a retention problem. We have firefighters that are working 40, 50, 60 days at a time, multiple times a year now, spending more time on the fire lines than at home with their families.

So people are unwilling to stay in a department that is stressing them that much.

And then when you see the devastation over the years these firefighters have seen, it takes a toll on them mentally. So the work has just been so tremendous that they can’t keep working for Cal Fire anymore.

On if Edwards believes Sen. McGuire’s bill will pass

Edwards: I am optimistic because Sen. McGuire has really strong bipartisan support for the bill.

And to be fair to the governor, he has been very proactive in trying to get more staffing. And I think this bill helps them and gives them more authority to spend and finance what needs to be done with Cal Fire.