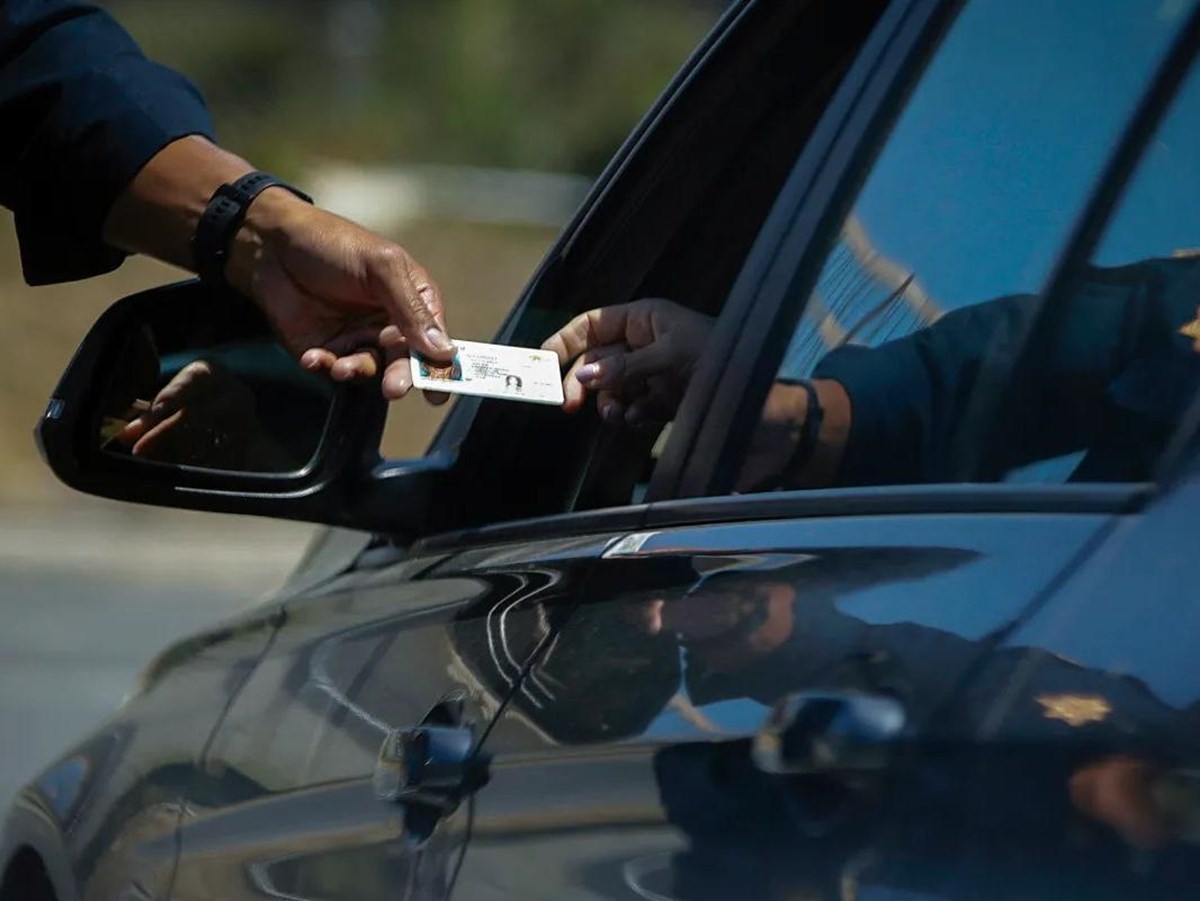 A California Highway Patrol officer stops a motorist who was suspected of speeding along Interstate 405 freeway in Westminster on April 23, 2020.

In summary: A $300 penalty that California courts tack onto traffic and minor citations can cause the cost of a ticket to balloon. Gov. Gavin Newsom wants to reduce it by half but lawmakers want it gone.

California is poised this year to make changes to what some call “hidden” court fees, hundreds of dollars often tacked onto traffic tickets and minor violations that can increase their cost nearly tenfold. But so far, state officials disagree on how far to go.

Known as a civil assessment, the fee is imposed on hundreds of thousands of Californians as a penalty for failing to pay a ticket by a deadline or failing to appear in court on a charge.

The vast majority of the fees are issued in traffic or infraction cases. A fine can be imposed each time a deadline is missed.

A $300 maximum fine can be added for violations as minor as jaywalking and on tickets that originally cost as little as $35, according to the Debt Free Justice California, a coalition of organizations, policy experts and legal advocates opposing “unfair ways the criminal legal system drains wealth from vulnerable communities.”

California has one of the highest late fees in the nation, the coalition says. The group says the fees trap low-income Californians in a cycle of ballooning debt with the courts.

Money collected from the extra charges bolsters court coffers, leading advocates to accuse the state of paying for its judicial system by charging those who can least afford it.

The fees generate nearly $100 million annually, and the courts retain more than half.

In Riverside County, the fees that the court system kept made up 14% of its budget, according to a report published by the coalition this year.

The report gave as an example a San Lorenzo resident who is a CalWorks recipient and mother who could not afford to pay for traffic violations. She was charged late fees on traffic citations five times since 2009, amounting to more than $1,500 of debt, about double the cost of the original tickets.

It made her ineligible for a driver’s license for 13 years, the report said.

“They were trying to take all of this money away from us,” she said, “but we didn’t have any in the first place.”

Civil assessment fees are disproportionately borne by people of color, who are overrepresented in traffic stops compared to their share of the population, the report said.

In January advocates sued San Mateo County Superior Court challenging its practice of automatically charging the $300 maximum fee in all traffic cases with a missed deadline.

Gov. Gavin Newsom in his January budget proposed halving the fees, to a maximum of $150, and spending $50 million to backfill court budgets.

The proposal by some lawmakers and the Debt Free Justice coalition to eliminate the fees entirely could cost about twice as much. Senate leaders endorsed that plan in their budget proposals last month, as they announced an unprecedented $68 billion projected budget surplus.

Too poor for tickets

The coalition said it hopes Newsom will back full elimination of fees when he unveils his revised budget proposal this week. H.D. Palmer, a spokesman for Newsom’s Department of Finance, declined to comment.

The Judicial Council, which governs the court system, has supported making changes to civil assessments. In a 2017 report a commission of courts officials recommended limiting the use of civil assessments or letting fines be converted to community service.

“We’re grateful for the efforts of both the Governor’s administration and the Legislature to reform the system and provide necessary backfill funding for the judicial branch,” said Martin Hoshino, administrative director of the Judicial Council, in an email. “We support the Governor’s proposal and are committed to working with him and with legislative leaders in the coming weeks as they finalize the state budget.”

The proposals come after the state eliminated dozens of court fines and fees over the past two years that advocates said disproportionately affected low-income criminal defendants. The state repealed such charges as the cost of a public defender, drug testing, and probation and supervision services.

Newsom also signed a law last year that limits the state’s use of wage garnishments to claw back those debts and another that expanded a pilot program allowing Californians to ask the courts to reduce ticket fines they can’t afford to pay.

Last year a bill to eliminate civil assessments passed the state Senate but was gutted in the Assembly. The Debt Free Justice coalition said at the time it couldn’t get Newsom to agree to a deal to eliminate the fees.

His administration told lawmakers the fee should be reduced but remain to motivate defendants to come to court.

“We feel the 50% reduction strikes a balance of providing immediate fiscal relief for all Californians and also preserving the viability of the civil assessment being used as a tool to keep individuals accountable, to compel individuals to appear in court proceedings,” Mark Jimenez, principal program budget analyst at the Department of Finance, told a Senate budget subcommittee in February.

Jimenez said the penalties are an alternative to issuing warrants to demand court attendance.

But Senators were unconvinced that the fees were an effective motivator for those too poor to pay traffic tickets.

“If they don’t have the money … how is that any incentive to come in?” said Sen. Dave Cortese, a Democrat representing San Jose. “You either have it or you don’t.”

The coalition surveyed 200 Californians with recent traffic citations for its report; 73% said they did not know they would be issued a late fee for failing to appear or to pay, and 38% said extra fees would not have helped them make a timely payment.

Advocates suggested text messages would be more effective at getting defendants with demanding work schedules to court.

This article is part of the California Divide project, a collaboration among newsrooms examining income inequality and economic survival in California.