Plans to curb California insulin costs abound. Will anything get done this year? 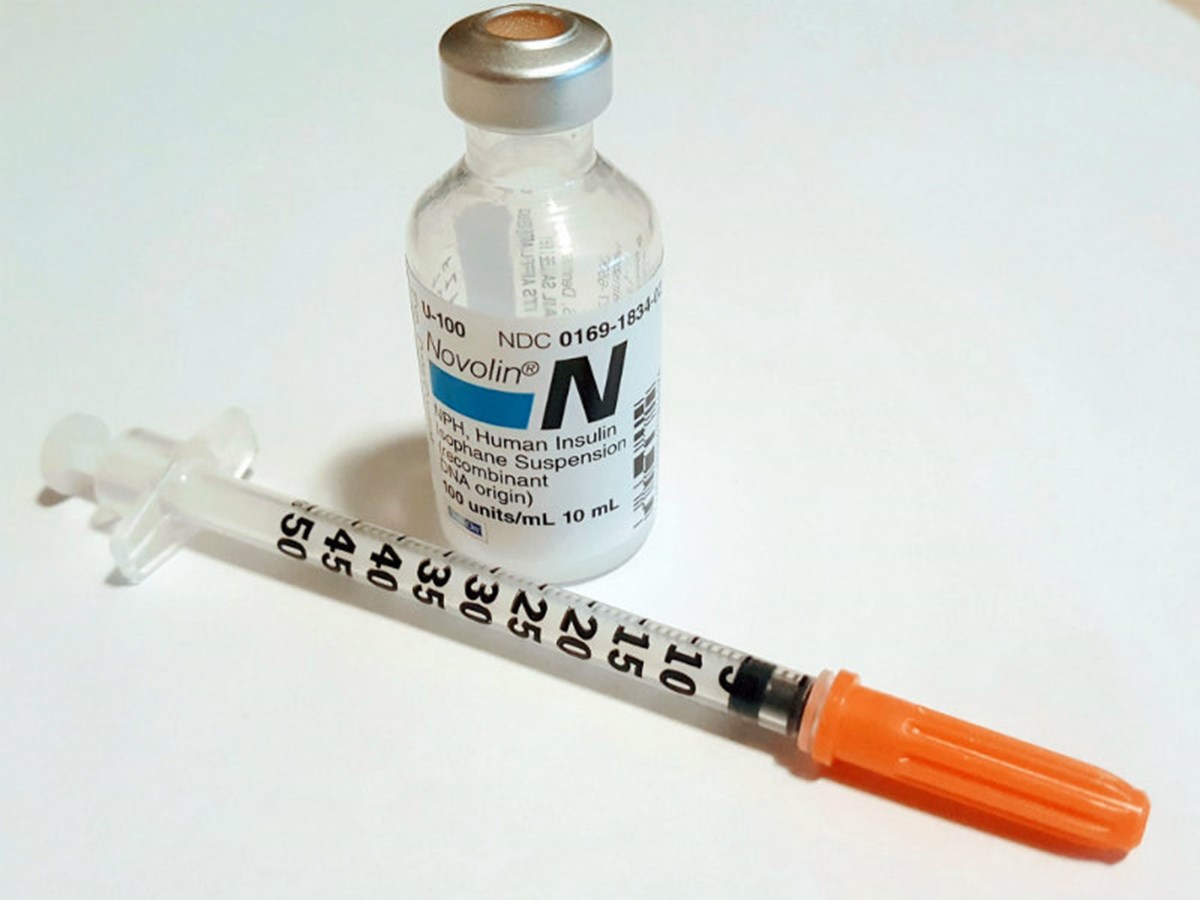 As consumers, advocates and others prioritize their fight to lower prescription drug costs, insulin is usually first in line.

Now, momentum to curb rising insulin costs seems to be building, with policymakers at the state and federal levels rolling out proposals seeking to provide diabetics some long-awaited financial relief. The questions now: What will materialize and how soon?

This week in California, Gov. Gavin Newsom’s administration said it is moving forward with a first-in-the-nation plan to manufacture and distribute more affordable versions of insulin under its generic label, dubbed Cal Rx.

As part of that plan, the administration wants to spend $100 million in this year’s budget. Of that, $50 million to develop low-cost insulin with the help of a drug manufacturer. The other half would be used to set up an in-state insulin manufacturing facility, as outlined in a budget proposal by the state’s Department of Health Care Access and Information.

NEW: CA will explore ways to contract and manufacture our own insulin to reduce costs.

The initiative is unique for a state, and it comes as Congress debates its own insulin cost measures, including limiting what people pay out of pocket to $35 a month.

Meanwhile, the state Legislature is considering its own bill that would cap what Californians pay at the pharmacy counter. And one California county, looking to provide its residents more immediate relief, is piloting a grant program for residents struggling to afford their insulin.

In California, 3.2 million people have been diagnosed with diabetes and many of them rely on insulin to survive. Insulin is a hormone that helps regulate blood sugar levels. Prolonged periods of elevated sugar levels can damage organs. An additional 10.3 million Californians are estimated to be prediabetic.

The stories of people who have to ration their insulin because they can’t afford their prescriptions are commonplace. Between 2012 and 2016, the price of insulin doubled, prompting higher out-of-pocket costs for diabetics, according to the Health Care Cost Institute. Today a 10-milliliter vial of insulin can go for anywhere from $170 to $400, depending on the type and brand. A person usually needs two to three vials a month, and some may need more.

Some people’s prescriptions come in the form of insulin pens. A package of five pens can go for as much as $700. What consumers pay for their insulin will largely depend on their health insurance.

Annemarie Gibson, of San Diego, for example, pays $200 a month for her two sons’ insulin — $100 per kid. But first, she has to meet a $2,900 per-person yearly deductible before coverage kicks in. She said that with the medication, insulin pumps and glucose monitors, they meet their deductible early in the year. Her sons, 12 and 14, have Type 1 diabetes and use the drug Humalog.

For 10 years Gibson has watched the cost of insulin go up. She has also seen legislators enthusiastically roll out proposals to reduce costs, only to have those plans fizzle out.

Still, she is optimistic that her sons will never have to worry about unaffordable insulin prescriptions when they become adults. The projects and proposals currently in play, she said, give her some hope something can actually get done in the next few years.

“Dealing with diabetes is already extremely stressful. Providing some financial relief for people, it would make a huge difference,” Gibson said.

State to make its own insulin

In 2020, Newsom signed into law a bill that directed the state to seek partnerships with drug manufacturers to develop generics and biosimilars for a number of drugs— but plans have been slow to roll out and it’s unclear which other drugs will be prioritized. Insulin will be the first to be tested.

Insulin is a biologic drug, meaning it’s made from living cells. Medications that copy a brand-name biologic are called biosimilars. Like generics, they tend to be more affordable.

The state has yet to identify a drug manufacturer to partner with, but a Newsom administration official said this could happen in the next few months. The state’s insulin would be available to all Californians, publicly and privately insured, as well as to the uninsured. It’s unclear how soon this insulin could hit the market, but it would likely be at least a couple of years, an administration official said.

The goal is to provide “Californians with access to insulin products that are a fraction of the $300 per vial prices charged by insulin manufacturers in the U.S.,” the administration’s budget request reads.

Whether Newsom’s biosimilar initiative will result in significant savings for consumers is a maybe, some researchers say.

Drug manufacturing isn’t the only source of the problem, said Karen Van Nuys, executive director of the Value of Life Sciences Innovation Project at the University of Southern California’s Schaeffer Center. She said policy makers seeking solutions should be looking at all the players involved in the supply chain: from drug manufacturers to wholesalers, pharmacies, insurers and pharmacy benefit managers, which are companies that negotiate prices with drugmakers and pharmacies on behalf of an insurer. All entities profit and contribute to the final price, she said.

In a study published last fall, Van Nuys and her team found that while insulin prices have increased, what drug companies pocket has been decreasing over time and what middlemen take has been increasing.

“There’s a bunch of stuff that’s happening in the middle, between what the patient pays and what the manufacturer gets,” Van Nuys said. “More than half of what we spend on insulin goes to intermediaries.”

The state’s plans to manufacture biosimilar insulin could help consumers to some extent, she said, but work also needs to be done to address the costs in other parts of the distribution process.

Insurance companies calling for drug price reforms are also looking for their own ways to get involved in the manufacturing of insulin.

Blue Shield of California, for one, last month announced it is taking part in an initiative led by Civica Rx, a Utah-based nonprofit drug manufacturer, to produce insulin that would cost patients $30 or less per vial. Mark Seeling, a Blue Shield spokesperson, said that among hundreds of prescription drug classes, insulins are in the top 10 in terms of what the company spends in pharmacy coverage.

According to Civica Rx, its insulin could be available starting in 2024, following approval from the U.S. Food and Drug Administration.

Because it could be years before any of these plans come to fruition, local governments are also looking for their own ways to provide some immediate relief to residents. Santa Clara County recently began a $1 million needs-based grant program for people who use insulin, as well as asthma inhalers and epinephrine injections (EPI pens).

Narinder Singh, pharmacy director for Santa Clara County, said that the MedAssist program could result in fewer people skipping or rationing their medications, and greater adherence means fewer sick days and visits to the emergency room. The county expects 1,000 people to sign up in the coming months.

“It’s a very small local effort — a million dollars in a community like this is a very small piece of it, but it’s a step in the right direction,” Singh said. “If we can all start building momentum on this…we can make a huge difference.”

Insulin affordability has been the focus of recent discussions at the federal level. The U.S. House recently passed the Affordable Insulin Now Act, which would cap what people with insurance pay out of pocket to $35 a month. The Senate has yet to vote on the measure, and is working on its own proposals.

The $35 cap was also part of President Joe Biden’s stalled Build Back Better Plan — the president referenced it in this year’s State of the Union speech, sharing the story of Joshua Davis, a 13-year-old with Type 1 diabetes who was present at the event.

A cost-sharing cap gets to the problem on the insurance side; it provides consumers consistency and relief at the pharmacy counter. But experts say it doesn’t lower the actual price of insulin and would not benefit people without insurance. The California Department of Health Access and Information also makes this point in its budget request.

Capping costs would provide financial relief to at least 1 in 5 insulin users, according to the Kaiser Family Foundation.

Limits on out-of-pocket costs have become popular in recent years. At least 15 states have passed their own laws limiting insulin copays — from $100 for a 30-day supply in Colorado to $25 in New Mexico. New York, Illinois and Washington also have their own copay caps.

Similar efforts have failed in California in the past, but Senate Bill 473 by Sen. Pat Bates, a Laguna Niguel Republican, that would also cap copays at $35 per prescription per month is currently pending in the Assembly.

Assemblymember Adrin Nazarian, a Democrat from North Hollywood, was the author of two bills in recent years looking to cap copays and eliminate deductibles for insulin prescriptions. Last year, his bill on deductibles was held up in the Senate Appropriations Committee.

“If the federal government does something, fantastic, but I feel embarrassed that a state like California didn’t jump in front of it,” Nazarian said.

Such bills usually also face strong industry opposition. In their pushback to price caps, such as the ones presented by Nazarian and Bates, health insurers have argued that California-regulated health insurance plans already limit a person’s share of prescription drugs to $250 to $500 for a 30-day supply. They say further reducing out-of-pocket costs for insulin does nothing to bring down the unit price of the drug.

“Tell that to a single mother or father trying to make ends meet,” Nazarian said.