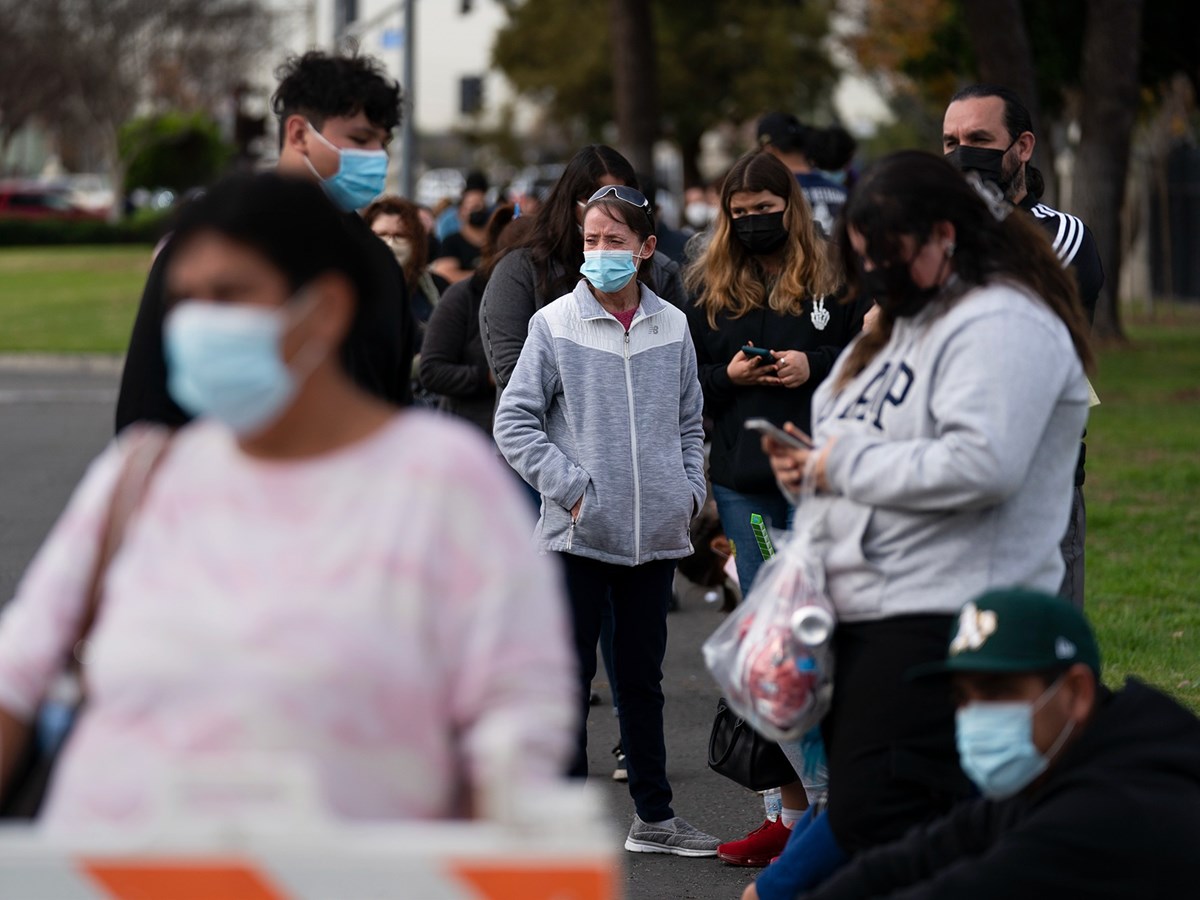 We’re a few months into 2022, and while COVID-19 hasn’t vanished, there are signs it’s diminishing.

The World Health Organization reports that deaths are falling globally, with a 16% decline in new cases last week.

In the U.S., patients hospitalized with COVID-19 have fallen more than 90% in more than two months. Some hospitals even report having no COVID-19 patients in their ICU beds.

Doctors in Sacramento are seeing more mild disease that leads to outpatient care instead of severe inpatient care.

“Things are good right now. There’s a relatively low rate of transmission compared to previous months, and the disease that we’re seeing in people, it’s been relatively mild,” Blumberg said on Insight. “That’s resulting in a relatively low hospitalization rate.”

While things may be looking up in the U.S., this can’t be said for many places globally. In Shanghai, the city of 26 million people are in various stages of lockdown due to a recent coronavirus outbreak.

There’s concern that what’s happening in China could be a foreshadowing of what’s to come.

Blumberg, the chief of pediatric diseases at UC Davis Medical Center, spoke with CapRadio’s Insight Host, Vicki Gonzalez, about the latest context and perspective on the coronavirus pandemic.

On the current predictions on how the pandemic is affecting children

Children continue to get the occasional infection, but again, it tends to be mild and an outpatient illness rather than resulting in hospitalization like we were seeing before.

And we think this is because most people at this point in the pandemic, including most school-age children, have at least partial immunity. They’ve either been immunized or [with] the last omicron surge, which had such high rates of transmission, then they were infected during that surge that peaked in January.

So that if they do get another infection at this point, they have partial immunity, that it’s a mild outpatient illness more like a cold or flu, and they’re less likely to result in severe disease.

On the latest variant of concern

So the omicron sub variant — BA.2 — that’s of concern. It’s about 30- to 80% more transmissible than the original omicron strain and now accounts for almost three-quarters of the circulating strains in the U.S.

I think that’s partially due to the government policy. So in China, they’ve had the zero COVID policy.

And even though they are shutting down cities such as Shanghai, there’s still a relatively low rates of transmission that’s occurring in China. So I think it’s all a result of their philosophy and their policy.

On getting booster shots for those ages 50 and up.

So for those who have comorbidities, for those who are at risk for more severe disease, then I think it’s a great idea to get that second booster shot.

For others, it’s not so clear to me. There’s one study from Israel that showed that the booster was very beneficial in those over 60 years of age in decreasing hospital admission as well as mortality. But as far as over 50 years of age, I haven’t seen data to that effect yet. And there are other studies that show only a modest increase in the immune response for that second booster dose in this age group.

So, it’s really not clear to me that this applies to everybody, but certainly if you do have comorbidities or if you’re going to be at increased risk for exposure and infection, such as traveling to somewhere where there’s increased rates of transmission, then it’s a good idea to consider that booster.

Right, so we’re in a pretty good place. We’re getting close. For [the] Moderna vaccine, the less than 5-years-old data shows that the vaccine is safe and has a good immune response.

But that study was performed during the omicron outbreak and didn’t show as much protection as we would like. So the FDA is expected to review the Moderna data sometime later this month.

And then we should get CDC recommendations for maybe at the end of this month or in May.

For the Pfizer vaccine, the data is supposed to be available later this month. I haven’t seen it. They did run into a glitch with the dosing for the 18 months to the four years of age, and had to adjust that. And so we’ll see what that adjustment — if it has been successful.

On reminding people that the virus is still around

You know, [COVID-19 is] still serious and still may result in hospitalization.

Infection still results in death, so it’s not something to be taken lightly. So I would encourage everybody to stay up to date with their vaccination status, and then to wear masks … in situations where they can’t social distance, and they don’t know the vaccination status of others, such as being on an airplane.