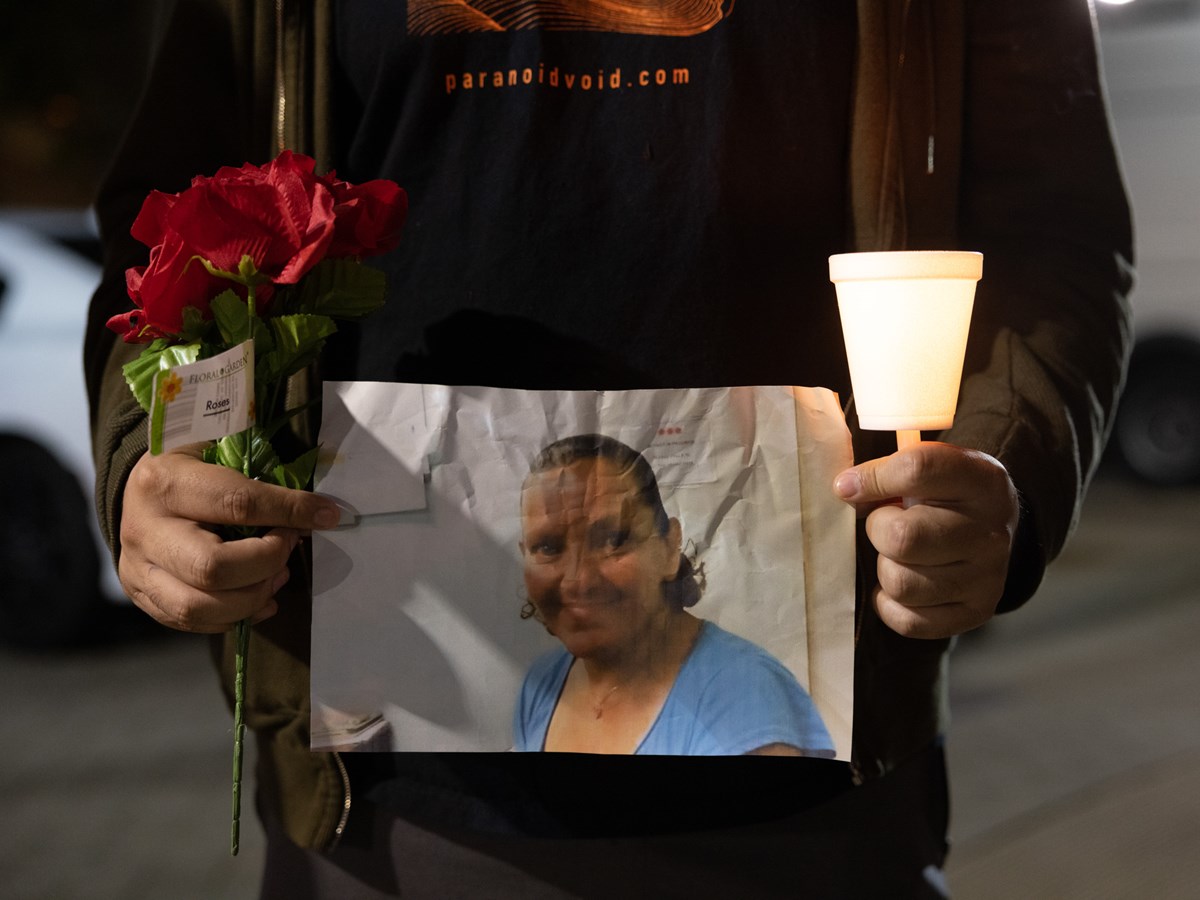 Nick Garcia holds up a picture of Melinda Davis at a vigil on Monday April 4, 2022.

Melinda Davis’ bright eyes and happy-go-lucky spirit were a fixture on the streets of downtown Sacramento, where the 57-year-old unhoused woman lived for more than a decade until she was shot and killed early Sunday in the city’s worst mass shooting in modern history.

Six people were killed and 12 injured in the shooting, which took place on K Street near the storefronts and alleyways where Davis slept, according to homeless advocates and others who knew her.

While police have yet to release the exact circumstances of her death, advocates say Davis likely had no place to hide amid the gun violence, something they said can only change with more housing and services for Sacramento’s most vulnerable.

“Every time these events happen, the unhoused are in the crossfire,” said Crystal Sanchez, president of the Sacramento Homeless Union.

Shannon Dominguez-Stevens, who runs a daytime shelter for homeless women at Loaves & Fishes, said Davis’ death marks the latest example of the “unspeakable trauma and violence” that unhoused residents are exposed to on the city’s streets.

“For something like this to happen, I think, really highlights the systemic issues that need to be addressed,” Dominguez-Stevens added, referring to Davis’ death.

Nearly one quarter of Sacramento County’s 137 homeless deaths in 2020 resulted from injuries and accidents, including 23 blunt force head injuries, four drownings, three stabbings and two gunshot deaths, according to the most recent Sacramento County Homeless Deaths Report, compiled by a local advocacy group.

Many others experiencing homelessness have died following winter storms and summer heat waves in Sacramento County in recent years, as city and county leaders have sporadically opened emergency shelters during bad weather, despite repeated calls to establish permanent respite centers.

Those who knew her say Davis’ bubbly personality will be missed. Sanchez said she had met Davis a few times at outreach events at downtown’s Cesar Chavez Park and described her as a “happy-go-lucky person who liked to smile and play around.”

Davis was also the type to stop and listen to Tony Light as he played the drums on downtown’s streets, Light wrote on Facebook. “She would stop and listen for a bit. Smile, wave. Even though she was houseless, sometimes [she would] drop a quarter or two. So sad. So, so sad.”

While Davis made an impression on business owners and downtown regulars with her colorful spirit, she struggled with crowds at congregate shelters and to remain in permanent housing, advocates said.

Until a few years ago, Davis was a regular guest at Loaves & Fishes, a homeless services center north of downtown.

“I do remember her coming in to have breakfast and at one point struggling just with the number of people that were around,” said Shannon Dominguez-Stevens, who works at Loaves & Fishes. “Her demeanor otherwise was calm and sweet from what I can recall.”

Advocates said they did not know much about Davis’ family or background.

But tributes on a hand-written card left at a memorial for her at 10th and J streets show she will be remembered: “Melinda Davis. In our thoughts and dearly missed. May she rest in peace.” … “Melinda, your spirit and presence will be missed and thought of with love.” 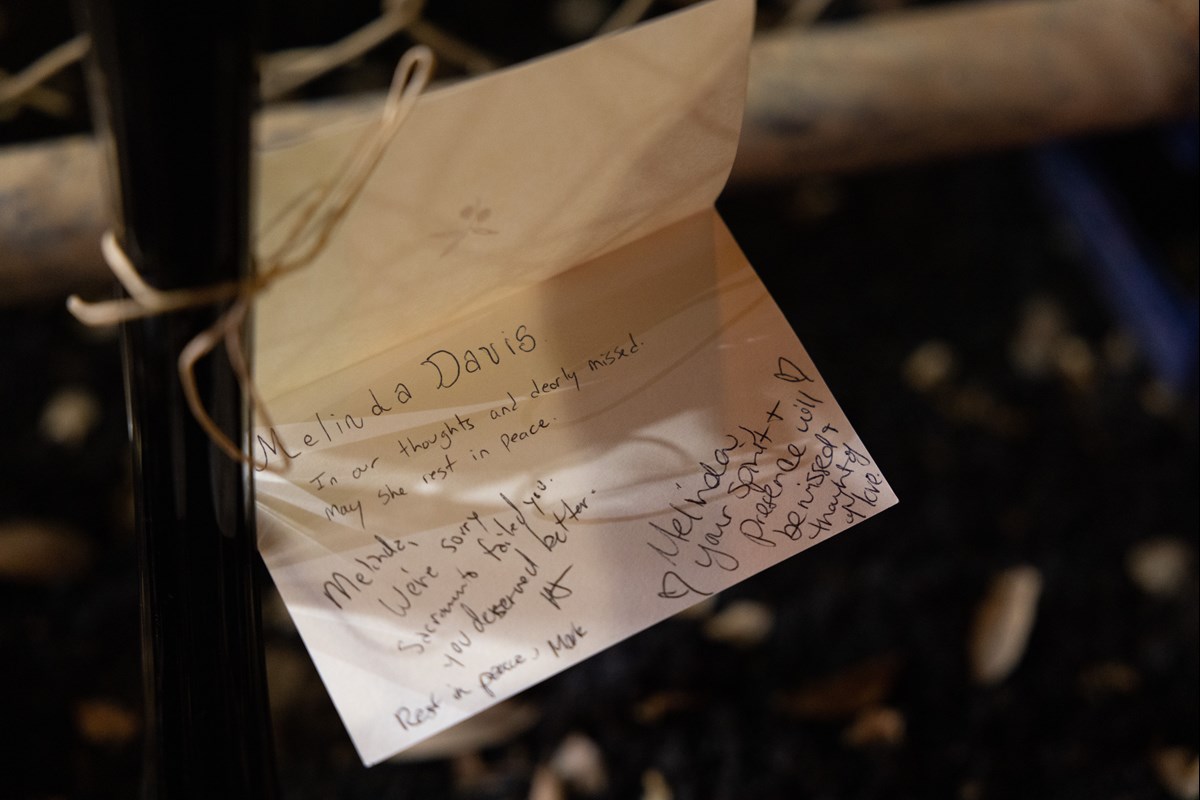 A card written to Melinda Davis at the vigil in Downtown Sacramento on Monday, April 4, 2022.Andrew Nixon / CapRadio

Speaking with a reporter at a vigil for the shooting victims on Monday night in downtown, Kristin Lopez said she did not know Davis but was there to show support for her.

“The homeless don’t have a voice,” said Lopez, a community organizer with the grassroots group Alliance of Californians for Community Empowerment. “They are constantly overlooked. Everyday we walk over them.

“If you don’t want people dying on the streets,” Lopez continued, “then support policies that protect people from ending up on the street to begin with.”