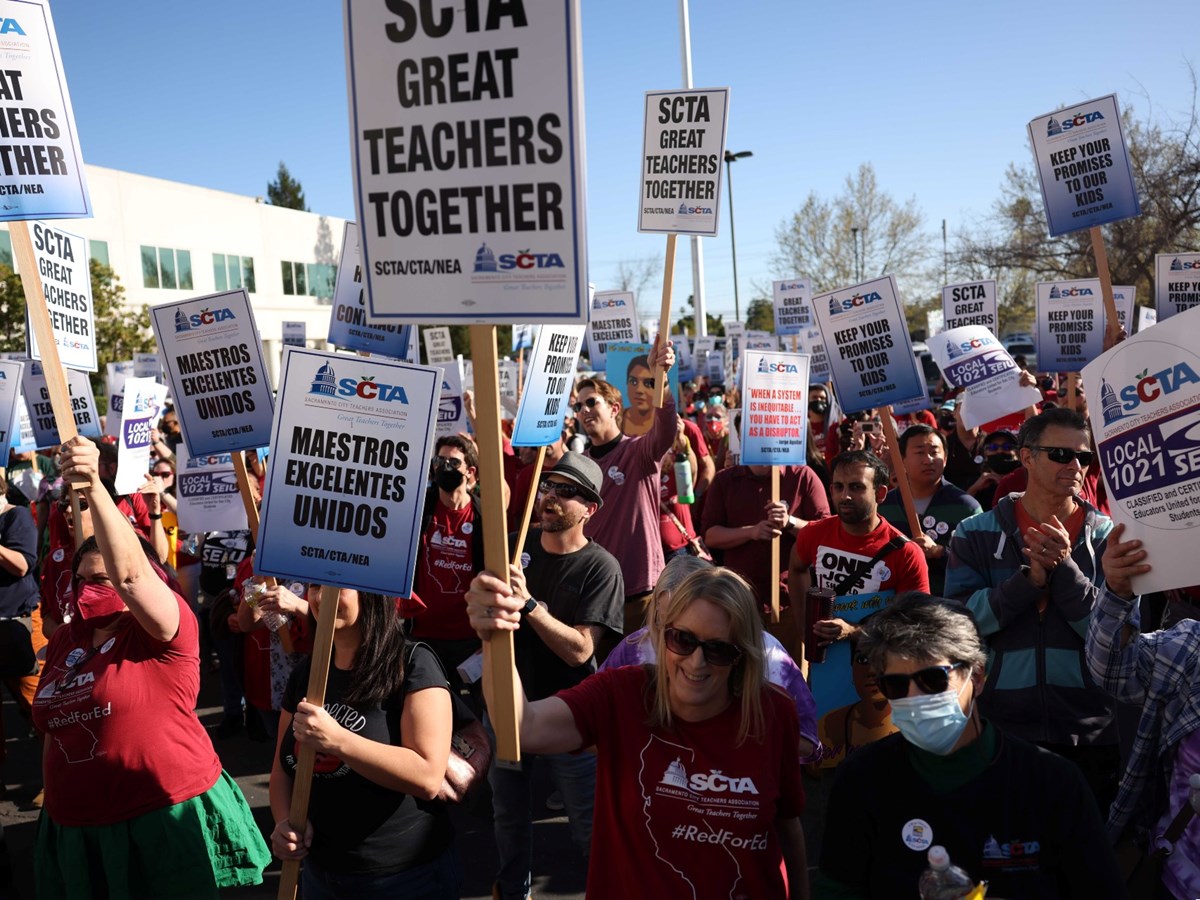 As negotiations between unions and the Sacramento City Unified School District remain at a standstill, teachers and staff are set to go on strike next Wednesday, March 23.

On Friday evening, district Superintendent Jorge Aguilar sent an email announcing all campuses would close starting Wednesday if the strike proceeds as planned, citing the district’s inability to hire substitute teachers, who are represented by the Sacramento City Teachers Association.

“This is a painful and difficult decision to make, especially when our students have experienced so much trauma and disruption to their learning over the last two years and recognize the ripple effect that school closures have on our entire community,” Aguilar wrote.

If the strike happens, it would be the first time the SCTA has gone on strike since 2019, when the union went on strike for one day. SEIU Local 1021, which represents staff without teaching credentials, is striking alongside the teachers union for the first time in its history.

SCTA President David Fisher called the strike “a last resort” for teachers, but said it was necessary.

"The crisis in Sacramento is a daily crisis for our students," Fisher told CapRadio before Thursday’s rally. "Imagine coming to school, day after day. And not only not having a teacher, but not even having a substitute teacher, and having to spend the day often corralled in the cafeteria with potentially dozens of other classes, or having to be shuffled around to a classroom that actually has a teacher.”

Currently, there are nearly 600 students on the waitlist for independent study and at least 14 teaching vacancies for the program, according to data provided to CapRadio by SCUSD.

In response to last week’s vote to authorize the strike, Aguilar said a strike would be “heartbreaking.”

“Taking away students’ access to learning time and the support services that our schools provide is inappropriate,” Aguilar said. “This is especially hurtful and harmful to our most vulnerable students who count on our schools as safe havens, and families who are unable to keep their children unsupervised at home.”

In his March 18 press release, he added that while parents might ask to volunteer to keep schools open should a closure happen on March 23, “fingerprinting is required for volunteers and the short window of time is not enough to approve volunteer clearances.”

The district’s board released a statement Thursday night calling for the SCTA to return to the bargaining table.

“​​We ask that instead of striking our labor partners go back to the bargaining table,” the statement reads. “We stand in support of our district community.”

Union leaders announced the strike date at a rally Thursday afternoon, a week after the Sacramento City Teachers Association and SEIU Local 1021 announced that over 90% of their respective memberships voted to authorize a strike without an additional vote.

Parent Kelly Stout, who has one kid attending Washington Elementary and another who will be attending in the fall, said her experience with the elementary school has been “wonderful.”

“But I cannot stand for the people that are raising my children in my absence while they’re at school all day to be treated the way that they’ve been treated,” she said. “I just have to stand up for something and I’m definitely going to stand up for them.”

At the rally, SEIU Local 1021 president Karla Faucett said the staffing shortage has contributed not only to students being shuffled around, but conditions where people are more likely to be exposed to COVID-19.

“We have a driver on a respirator from COVID-19 and that [exposure] happened on a bus, because the social distancing, the three-foot thing, was not being honored,” she said.

Transportation workers for the district have previously held rallies in front of the school district’s headquarters to express their objections.

Other district employees have also been raising concerns around unsafe work conditions during COVID-19.

School nurse Nho Le-Hinds said she’s seen teachers take extra students into their own classrooms when other teachers have been out with COVID-19.

“Everyone is all hands on deck, but that means classrooms are overflowing with students and they’re not getting the teaching and the care that they deserve,” she said.

Le-Hinds said that despite conversations about “who’s going to take care of our kids when we’re striking,” staff and teachers made “the really hard decision … so in the long run they get the quality education they deserve.”

“I want them [parents] to know that our hearts are always with the students and it breaks our hearts,” she said. “We want them [students] to be safe, but we can’t do that [decide not to strike] because we don’t think that’s happening right now.”

The district announced March 11 its decision not to lay off any teachers for the 2022-23 school year.

The district’s board held an emergency meeting and press conference on Thursday morning to address the potential of a strike.

Board President Christina Pritchett said at that meeting that the district’s struggle to balance its budget has been ongoing and spanned many boards and superintendents.

“I went to emphasize our concern and compassion for the students in our district who lose valuable time in the classroom if a strike takes place,” Pritchett said. “Our families will suffer from uncertainty and lack of stability in the event that our schools are forced to close due to the strikes. The concern for our students is matched by concern for our teachers and our frontline staff who are caught in the middle of these situations.”

The strike announcement comes on the same day a neutral, third-party fact-finding panel released recommendations on how to move forward with the labor stalemate between the teachers’ union and the district.

The recommendations include a retroactive 2021-22 cost of living increase, retroactive COVID-19 sick leave for the months COVID-19 supplemental sick leave was inactive and raises for teachers who take on students above their caseload.

The district declared an impasse over the COVID-19 policy negotiations in December.