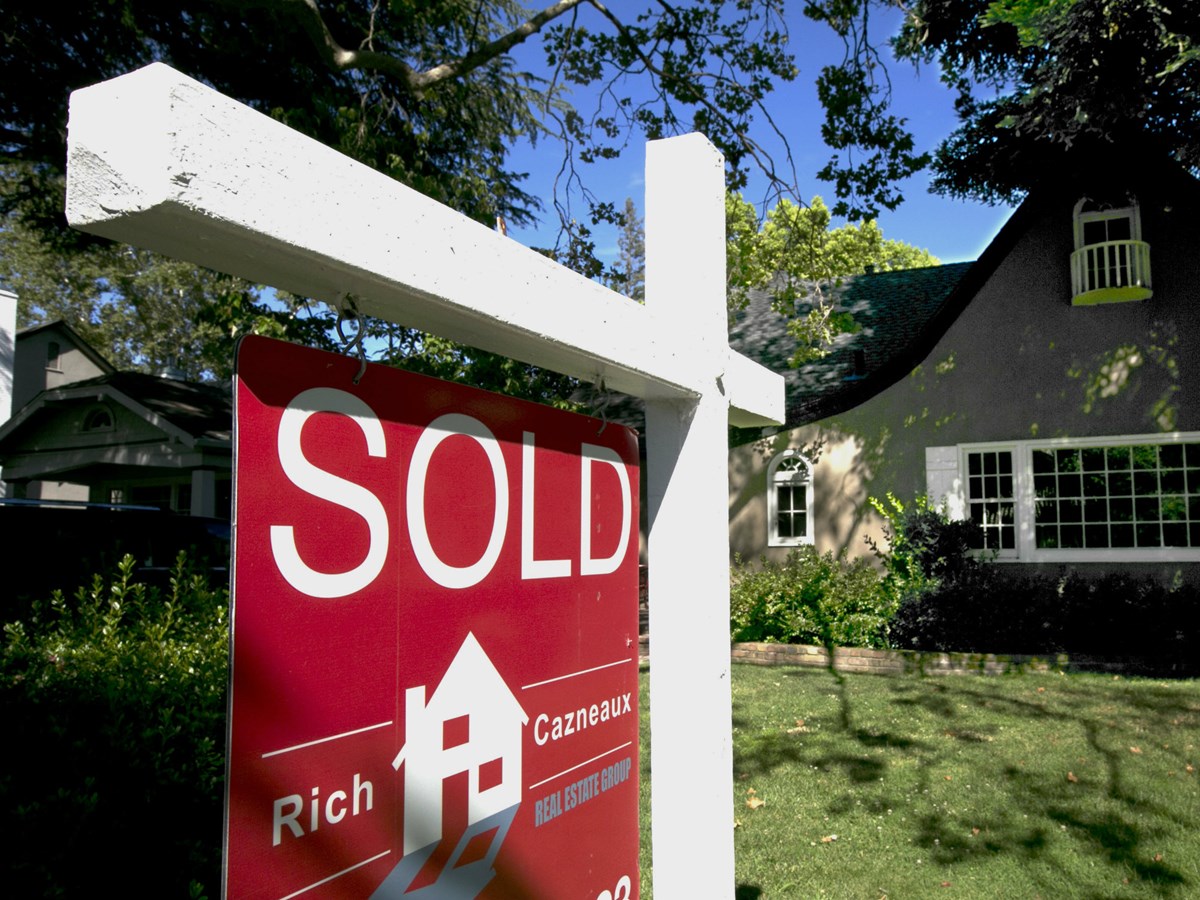 In this photo taken Wednesday, July 5, 2017, a sold sign is displayed in front of a house in Sacramento, Calif.

Home prices shot up dramatically last month in the Sacramento area according to experts who track the numbers.

The median price for a home in the Sacramento region in February was $590,000, up $31,000 from a month ago, the largest dollar increase ever at this time of year. The trend points to another very aggressive market in the months to come, much like last year’s record-breaking rise in housing values.

Help us put last month's pricing spike into context, it was record breaking by some measures, was it not?

Yeah, it was. And normally prices do increase from January to February. It's part of the normal rhythm. But last month, in our 11th year of price growth, we saw the median price tick up by $31,000, or basically about 5.5% when a normal year's more like 2 to 3%. And so it's phenomenal growth for this late in a price cycle.

And the weekly price growth is also showing similar trends?

Absolutely. It really started to shoot up the last week of February in particular.

Is there a neighborhood, city or maybe even county in the region that's seeing the largest gains?

I would say, I mean, all ships rise with the tide. And so really everything has been going up. It's in all counties. And so, you know, there might be some that are the winners from month to month. But I mean, really, just about everything is showing tremendous gain.

Does that include starter homes that first-time buyers might be looking at? Are we seeing this trend in the lower-priced options?

You know, we really are, and I would say that the lower half of the market has rampant upward pressure. The way I look at it is the median price in the region is $590,000. So literally half the market is fighting for homes in that range. But even in Sacramento County, prices are lower and the median price is closer to $540,000. And so the market is just really duking it out in those price ranges or, you know, when you consider properties, for instance, under $400,000, there's very few listings anymore under that price point. And so about 10% or so of the market.

In order for this to happen, buyers need to be willing to pay the higher prices or even offer well above what sellers are asking.

That's been the case. I mean, it's really true that buyers have had to bring, you know, money often above the appraised value or make a really competitive offer. If there's a lot of offers, you're not going to stand out if you're offering below list price for the vast bulk of the market.

Is the expected rise in interest rates behind some of this?

It really is. And so what's happened is that mortgage rates rose exponentially, very, very quickly. And I think a lot of people were looking on and thinking: well, this is going to cool off the market immediately. But I think it had the opposite effect where it caused buyers to run to the market sort of out of a fear of missing out and wanting to lock in a lower rate as soon as possible.

Final question. It's the crystal ball question. What do you see playing out for the rest of the year?


These are all basic questions, but I think they remind us that the future hasn't happened and it's not so easy to know. And so, you know, I'll say that my crystal ball is broken. But I will say for the first six months of the year, we are poised to have a very aggressive market because that's what the stats are indicating right now. And I think that this year is sort of trying to rival that aggressive market we saw last year. And then, you know, afterwards we'll see what happens.