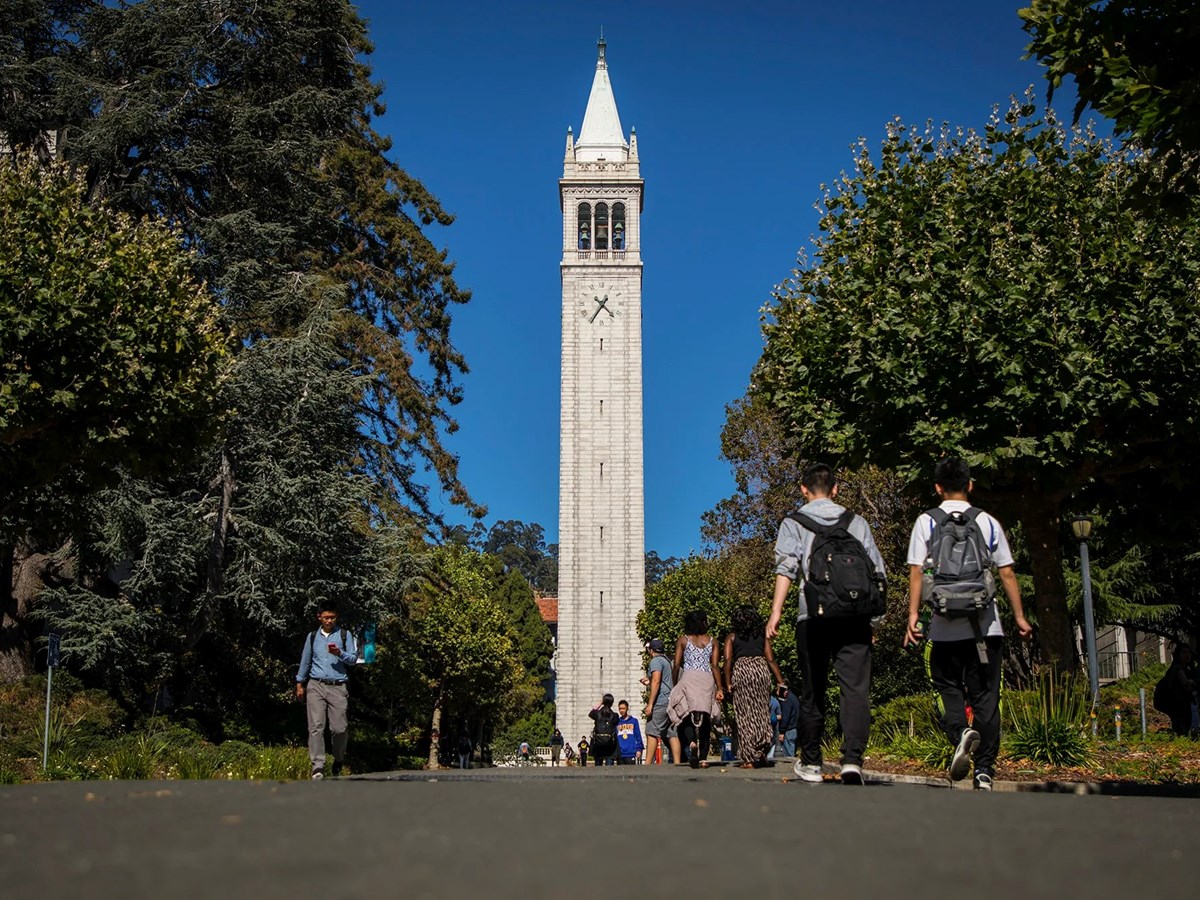 The University of California, Berkeley campus on July 25, 2018.

State lawmakers and the governor have approved a legislative fix they say will get UC Berkeley out of its enrollment jam and limit a judge’s ability to slap public colleges with similar orders to cap their enrollment if they blow past their student population targets.

Senate Bill 118 debuted last Friday and sailed through both houses of the Legislature today. The governor signed it into law this evening. It goes into effect immediately and applies retroactively to UC Berkeley.

“I’m grateful to the Legislature for moving quickly on this critical issue – it sends a clear signal that California won’t let lawsuits get in the way of the education and dreams of thousands of students, our future leaders and innovators,” said Gov. Gavin Newsom in a written statement.

Moments later, UC Berkeley said it is now sending admissions offers to every student it sought to admit were it not for the court-ordered enrollment cap. All of those admissions offers will be for the fall term and in-person. The university is scrapping its plan to shuffle more than 1,000 students either online or to a delayed start in the spring.

The legislative fix targets aspects of the California Environmental Quality Act, the law at the center of a court order that UC Berkeley cap its enrollment at 2020-21 levels. Alameda Superior Court Judge Brad Seligman’s order last year to hold UC Berkeley’s enrollment at 2020-21 levels was a response to residents in the city of Berkeley who sued the university, challenging the impact the school’s enrollment growth would have on city services, scarce local housing and noise.

That order thrust the campus into a mad scramble to find a way to cut its fall 2022 in-person campus enrollment by 2,600 students. To fulfill that mandate, the coveted UC campus devised a plan to enroll some new students online or have them start in spring of 2022, avoiding a feared reality in which the university would have to cut its new incoming class by 2,600 undergraduates.

The UC sought to reverse that enrollment cap, but the California Supreme Court rejected that appeal this month.

With the new law, UC Berkeley can scrap that devised plan and reinstate slots for about 400 graduate school students that were initially cut as part of the campus’s mitigation strategy.

The legislative fix will do two things

First, it removes campus enrollment as a “project” in the eyes of the environmental law. The removal makes it impossible for litigants to challenge a school’s growth plans by targeting its student enrollment alone. Lawmakers and some legal experts feared this case and a previous one opened the door for community groups to sue other colleges for their increases in student attendance. Instead, the Legislature is using a new definition — campus population, rather than student enrollment — to measure a school population’s environmental impact. Campus population can include not just students but also employees. The UC has said it is the state’s third-largest employer.

A legislative analyst told the Assembly’s budget committee today that the student enrollment at two UC campuses, UCLA and UC Santa Barbara, have exceeded those campuses’ development plans. No UC campus has so far exceeded its campus population targets.

Next, the legislative fix prevents a court from initially ordering a campus population cap if a judge deems that a campus exceeded its campus population goals. Instead the judge would tell a public higher-education campus to find ways to remedy the impacts of the population growth, such as through increased housing. If the campus fails to certify the updated environmental impact report within 18 months of a court order, then a judge can establish a campus population cap that’s tied to the school’s most recent planning document, known as a long-range development plan.

Looking at campus population rather than student enrollment isn’t a fix that’s necessary for the UC Berkeley saga, but it’s seen as a way to protect student enrollment in the future in the event a campus does have to lower its overall population by court order. A campus could, for example, bring back fewer workers, sparing as deep a hit to student enrollment. The new law is also meant to avoid a situation in which a campus has to cut its population weeks before it starts admitting students. The 18-month window gives colleges time to address the flaws in their environmental reports without risking admissions offers to students.

The new law “strikes the right balance,” said two leading lawmakers in a joint statement last week — Anthony Rendon, the Assembly speaker and a Democrat from South Gate and Phil Ting, a Democrat from San Francisco and chairperson of the Assembly’s budget committee. “It aims to make sure that environmental analysis of campus development plans continues to consider campus population impacts, while also giving higher education leaders a chance to remedy deficiencies before enrollment reduction mandates are issued.”

Not all lawmakers were pleased. “This bill unfortunately rewards the mistakes of the UC,” said Assemblymember Luz Rivas, a Democrat from San Fernando, who added the bill should have gone through a lengthier policy study. Still, she backed the bill to support students.

A key issue in the suit that led to the enrollment cap is that in the 2005 long-range development plan, UC Berkeley said its enrollment would be around 33,000 students in 2020. Instead, the university enrolled nearly 43,000 students in fall 2020. UC Berkeley has argued it doesn’t control its enrollment, the UC system and lawmakers do. The judge ordered the UC campus to study the environmental impacts of that enrollment growth and to consider alternatives to its campus population — and capped enrollment in the meantime.

UC Berkeley will likely have to submit new legal paperwork to begin the process of lifting the enrollment cap — either to judge Seligman or the appeals court slated to hear the full scope of the case sometime this year.

The group behind the lawsuit, Save Berkeley’s Neighborhoods, will file court documents protesting that move, said Phil Bokovoy, the group’s president. At the same time, a court may decide that today’s legislative fix itself is unconstitutional, which would trigger another protracted legal battle.