Interview: A brief breakdown of the geopolitical issues around the Russian invasion of Ukraine 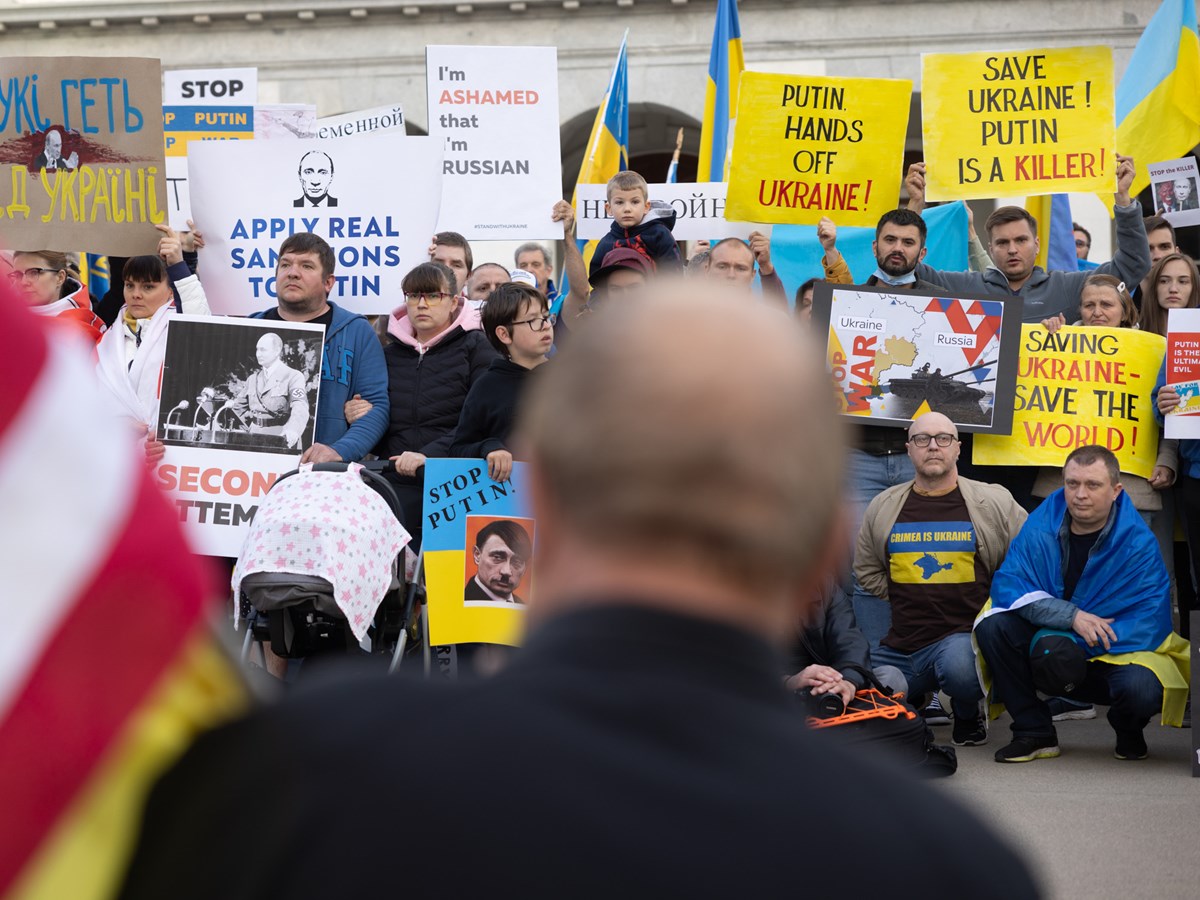 Last week’s invasion of Ukraine was a shocking step in Russia’s continued attacks on the country, but the two countries have had a long, complex and intertwined history.

“I think there’s a story that goes back a long way, which is the relations between Russia after the fall of the Soviet Union and the United States,” Mietek Boduszyński, Associate Professor of Politics and International Relations at Pomona College, said on Insight. “We could tell that long story … but all of that doesn’t change that this is an unprovoked aggression on a sovereign country."

The two sides started holding talks to discuss humanitarian issues such as food, medicine and civilian evacuation. However, the Russian army is still pressing on, with residents in Kherson, a city in southern Ukraine, waking up to the sounds of explosions.

Boduszyński spoke with CapRadio’s Insight host Vicki Gonzalez about the geopolitical background of what’s going on and much more.

On how the Ukraine-Russia conflict escalated into an invasion

I think there’s a story that goes back a long way, which is the relations between Russia after the fall of the Soviet Union and the United States and other western countries, the expansion of NATO.

We could tell that long story. The perceived slights on both sides and Russia’s narrative of … saying that it was that the West had promised it that NATO wouldn’t expand, and then it did.

But all of that doesn’t change that this is an unprovoked aggression on a sovereign country. [It] doesn’t change the fact that what Russian officials from Putin are saying right now are basically lies — about genocide occurring and so on, about a fascist government and Kyiv.

We have to call a spade a spade.

On what Russian residents may be hearing about the conflict

It’s a great question, and I think it depends which Russians we’re talking about. There’s some part of Russian society that depends entirely on the state-owned media narratives, especially television.

And I think to some extent, they may buy Putin’s propaganda, that this was provoked by the United States. Somehow that this was about [a] fascist government in Ukraine that’s oppressing the Russian-speaking minority.

I think there’s also a very large number of Russians who get information from other sources, and we’ve seen some of them protesting. Of course, they’re powerless in what’s essentially a police state. But I think years of Putin’s propaganda have had an effect.

I’ve experienced that personally when I taught in Kazakhstan a few years ago, and I had students, even though they were young and English-speaking to some extent, bought the Kremlin line, which is very sad.

On Belarus’ role in the invasion

Well, Belarus, since it became independent from the Soviet Union, has sort of vacillated between a more independent line and the very pro-Kremlin pro-Moscow line. And most recently, it’s definitely moved toward the latter, that is, firmly in support of Putin.

Part of this is because Belarus has been isolated by the West over the past couple of years because of a sham election that took place there almost two years ago and a resulting crackdown.

So I think that the Belarussian leader Alexander Lukashenko saw essentially Putin as his benefactor, and now, frankly, the Belarussian government — as many Western leaders have pointed out — is complicit in this invasion, and the civilian deaths and so on that are resulting from it.

On how global sanctions are affecting Russia

I think one encouraging thing is that already we see that tough sanctions that have been imposed are affecting Russians, the Russian economy, and that’s certainly putting some pressure on Putin — and so that and the international condemnation.

I mean, Russia has few friends at this point, allies like Bashar al-Assad of Syria, maybe, but that’s hardly a kind of ally to brag about. And I think that maybe, there will be some meaningful pressure on Putin to end the invasion and withdraw his forces.

[At the] same time, Putin, by carrying out this invasion, acted against the world opinion and acted in spite of this pressure that already existed because we had sanctions in place. So it’s unclear how Putin thinks, and so we can’t say anything with certainty.