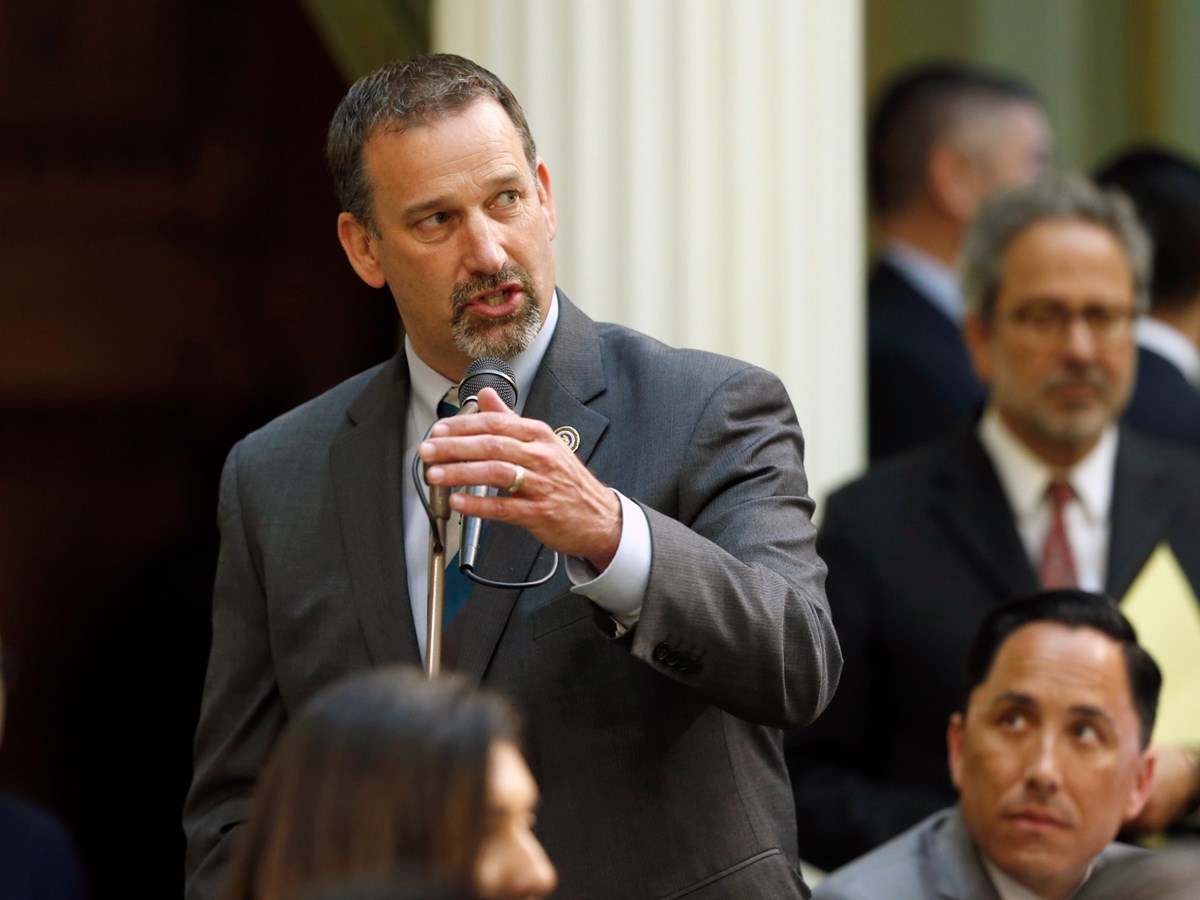 Then-Assemblyman Brian Dahle, R-Bieber, urges lawmakers to approve a measure to allow candidates running for office in California to use campaign donations to pay for childcare costs, Tuesday, May 28, 2019, in Sacramento.

Dahle, a Republican from Lassen County, launched his gubernatorial campaign Tuesday in Redding, and in a brief speech slammed Newsom as a “dictator” and “smooth-talking wine salesman” who has failed to address California’s rising cost of living and worsening homelessness crisis.

“For over 25 years, I’ve witnessed elitist liberals do everything in their power to wreck California,” he said. “We’ve seen one party rule with the minority party totally shut out.”

He faces long odds at winning the governor’s seat in a state where Democratic voters outnumber Republicans nearly 2-to-1.

Dahle, a farmer and former Lassen County Supervisor, has served in the legislature since 2012, when he was elected to the Assembly. In 2019, he won a special election for the senate district that covers a wide swath of the northeast corner of the state, including Redding, Yreka, South Lake Tahoe, Auburn and Placerville. His wife, Megan Dahle, serves in the state Assembly.

He did not present a policy platform at his campaign kickoff but criticized the governor for  removing his mask at a recent NFL playoff game in Los Angeles while schoolchildren are still required to wear them.

“This is an amazing, beautiful state that used to be the land of opportunity. But its leadership is so poor that people are running for the state line,” he said.

With just two years left in the Senate before terming out in 2024, Dahle doesn’t have much to lose by campaigning for governor and can spend the year raising money and his name ID across the state.

But he faces an uphill battle against Newsom, who has nearly $25 million in his campaign account and raised tens of millions more during last year’s recall.

“It’s a sad state of affairs for the California Republican Party,” said Nathan Click, Newsom’s campaign spokesman.  “They are trying to pass off the same milque-Trump-toast that Californians soundly rejected last year.”

“I don’t think we’ve been in a situation where they have not had a candidate of stature until this late” before the March 11 filing deadline, Rosales said.

But he admits Dahle faces a harsh reality with voter registration numbers and fundraising. Rosales said the result of last year’s recall “sucked the air out for donors,” who in 2022 are more focused on Congressional races than statewide elections in California.

Rosales believes no matter what party a candidate belongs to, voters are looking for “solutions and someone who can bring a positive, aspirational message. … I think they’ve had enough of just kind of the recitation of the terrible ills facing the state.”

It’s unclear if other Republicans will jump in the race. Conservative talk radio host Larry Elder, who topped the Republican field during the recall, has said he won’t run again. Former candidates Kevin Faulconer and John Cox have not made announcements, and Roseville Assemblyman Kevin Kiley is running for Congress.