Monarch Butterflies are attracted to the.moisture on plants at the Monarch Grove Sanctuary in Pacific Grove Calif. Wednesday, Jan. 26 2022.

The butterfly counters arrive at sunrise. It’s the best time to do their work, when it’s light enough to make out clustering monarchs in the trees of Pacific Grove’s Monarch Butterfly Sanctuary via binoculars, but still cool enough that they haven’t left their roost for the day.

It’s hard to spot monarchs amid the Monterey pine and eucalyptus right now. Their wings are closed, revealing a lackadaisical gray that blends them in seamlessly with the foliage, but Stephanie Turcotte says you can learn to spot them even in dim morning light.

Turcotte, the most experienced of the three butterfly counters who’ve arrived today, has what she calls “monarch eyes.”

“A long-time monarch person in the area kind of coined it, and I love it because it’s true,” Turcotte said. “Eventually, you can see them in the trees, even though people will come in here and swear there's nothing.”

She’s been counting monarchs since she first moved to Pacific Grove in 2012. By now, she knows what to look for: sometimes, they’re clinging to lichen and each other in what looks like a delicate rope, which the counters call “chandeliers,” or clustered-up in the shape of a ball.

Then there are “flyers,” single butterflies that flit off on their own, or “grounders,” lone butterflies who’ve, for whatever reason, found themselves resting on the soil rather than in the trees.

It’s fast work. On this early morning in late January, the three counters are in a race against the rising sun; once temperatures warm past fifty-five degrees, the butterflies will start to fly off in bursts, making them impossible to tally.

In order to speed their counting, they use a special method to estimate the number of butterflies clustering, which allows them to finish in time.

“People say ‘Oh, it’s like guessing jelly beans in a jar.’ Well, it’s not exactly like that,” Turcotte said. 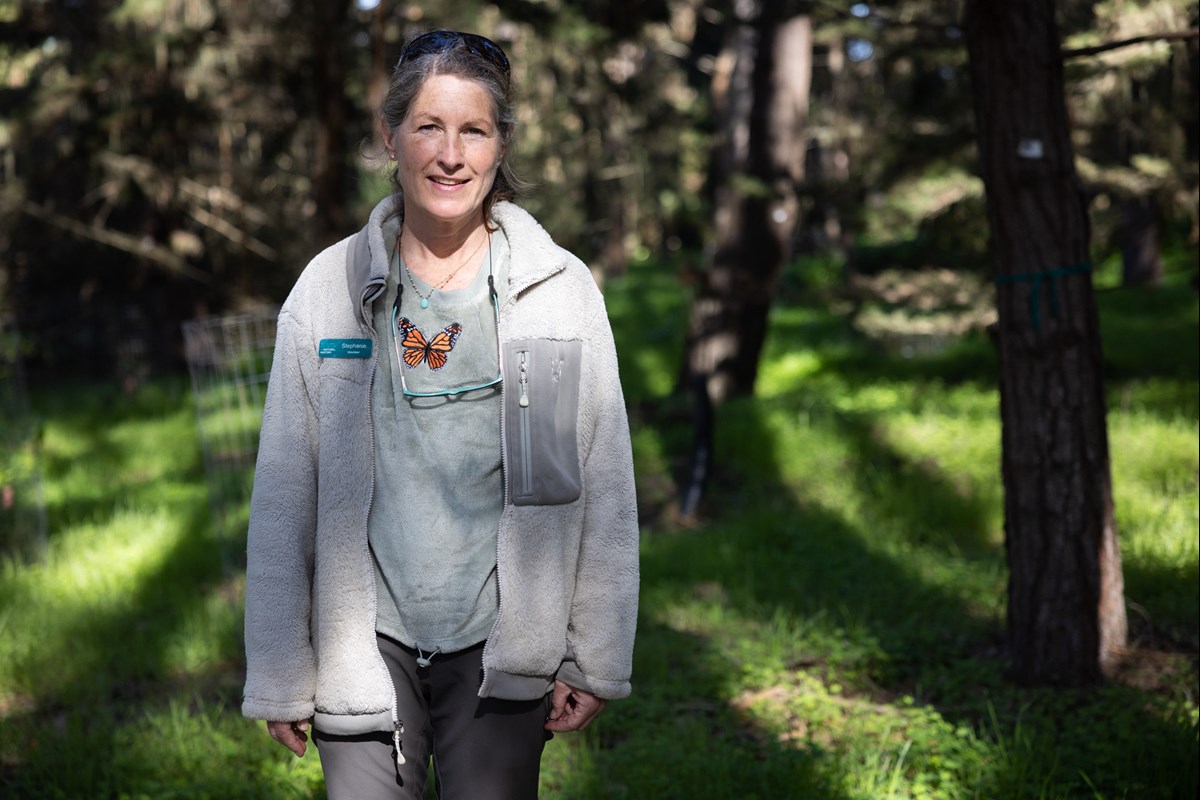 They account for the density of the clusters, keeping track of them before they move — unlike jelly beans. “All of a sudden, your ‘jelly beans’ are flying away and your count is null and void.”

It’s a relief for the counters that they’re tallying up butterflies at all. Last year, in this same area, there were none.

The state of the sanctuary mirrors overall trends for the insect. Monarch butterflies have been on the decline for years, and in the winter of 2020 fewer than 2,000 were observed across the West Coast. Although the cause remains unclear, researchers have looked to climate change as one potential reason this insect population has hit turbulence.

But this year was different. A boom of monarch butterflies flooded California’s seaside towns, with more than 247,000 counted this season, according to the Xerces Society for Invertebrate Conservation.

All along the coast, volunteers like Turcotte work tirelessly to tally the number of monarch butterflies in this year’s migration. Sarina Jepsen, director of the endangered species program for the Xerces Society, says that these efforts are hugely important to research.

“It has just been essential to our understanding of how monarch butterflies are doing in the western U.S.,” Jepsen said. “The whole community, the Fish and Wildlife Service, the state — everyone's understanding comes from the work of these volunteers.”

The reason for this year’s boom remains unclear, but Jepsen says that what is certain is the need for more information about monarchs. Understanding them could help in preserving their health and habitat — and, potentially, be key to saving them.

‘No recovery yet, but it’s very hopeful’

Even as numbers of monarch butterflies have risen, Jepsen says that they’re nowhere near the numbers seen migrating in the 1980s. Back then, monarchs easily numbered in the millions.

“So it certainly is a surprise and exciting news,” she said of the boom this year. “It’s not recovery yet, but it's a very hopeful sign and to me, it says we have a little bit more time to work on recovering the monarch population.”

There’s no straight answer for their decline. Jepsen says that, although monarchs are among the most well-studied insects in the United States, there’s still so much that’s unknown.

But among the possible reasons for those smaller numbers, Jepsen looks to changes in climate, varying from rising temperatures to the current drought.

She adds that it’s unclear whether this year’s boom will sustain. It’s not unusual for insect populations to ebb and flow, as they’re often sensitive to even slight changes in their natural surroundings.

“I think that this was most likely a result of just having the right climate last year during the monarch butterflies breeding season to produce a big population,” she said.

For butterfly enthusiasts, the monarch’s “overwintering” period — when they settle in parts of the coast from October to mid-February to wait out the coldest part of the year — is the best time to see them up close in large groups. Butterflies can’t move in extreme cold and form clusters to keep each other safe, as they do at the Pacific Grove sanctuary. 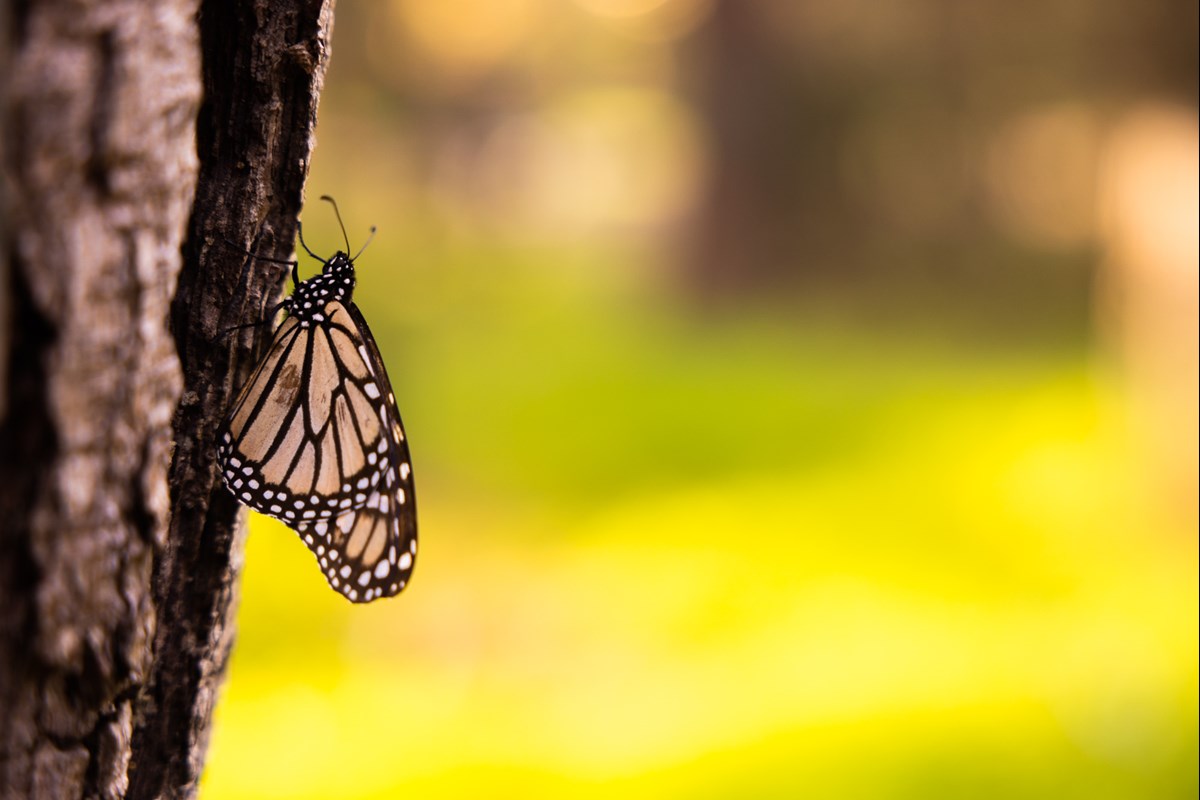 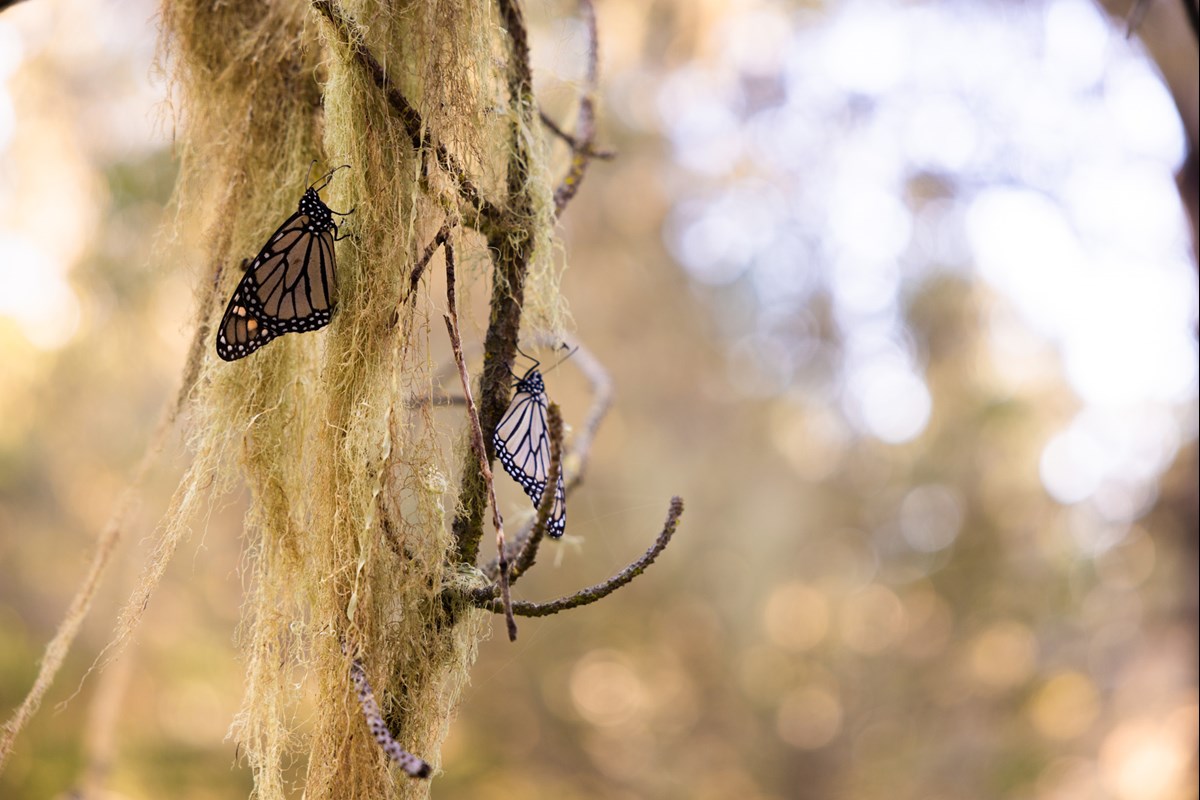 As winter comes to an end and temperatures rise, monarchs typically begin breeding and move inland to lay their eggs and search for milkweed. But in recent years, Jepsen says there’s been anecdotal evidence that they’re leaving earlier than they have in the past, perhaps due to warming temperatures.

Turcotte says that if they leave too soon, this could be detrimental.

She says that this was an issue in previous seasons, and part of why overwintering populations are down in numbers.

It takes about two hours for the three counters to tally the monarchs at Pacific Grove. They tackle the areas where the sunlight hits first, hoping to count the butterflies that are most likely to warm up and fly off earlier than the others.

On this particular morning, the counters finish and estimate that there are about 7,726 butterflies. It’s past peak season — in December, there were over 14,000 resting in the sanctuary — but this number still buoys the three counters’ spirits.

Liese Murphree, director of outreach and education for the Pacific Grove Museum of Natural History, is one of today’s volunteers. While these counts require some training, which the museum itself offers, she says it’s not unusual for community members to take up this work. She’s a soil scientist, but monarchs are definitely beyond her typical field of study.

“You can imagine there's thousands of butterflies all over the state of California in some very remote sites, and scientists can't get to all of those sites,” Murphree said. “So they really count on community members to go out and count butterflies.”

Kat Morgan, the third counter, is a longtime nonprofit professional who learned how to participate in these counts through a training offered by the museum.

This opportunity excited her, especially as it was one that she could participate in as a non-scientist.

“There are places where there aren't staff to do this, so it's all volunteers and it really inspires me,” Morgan said. 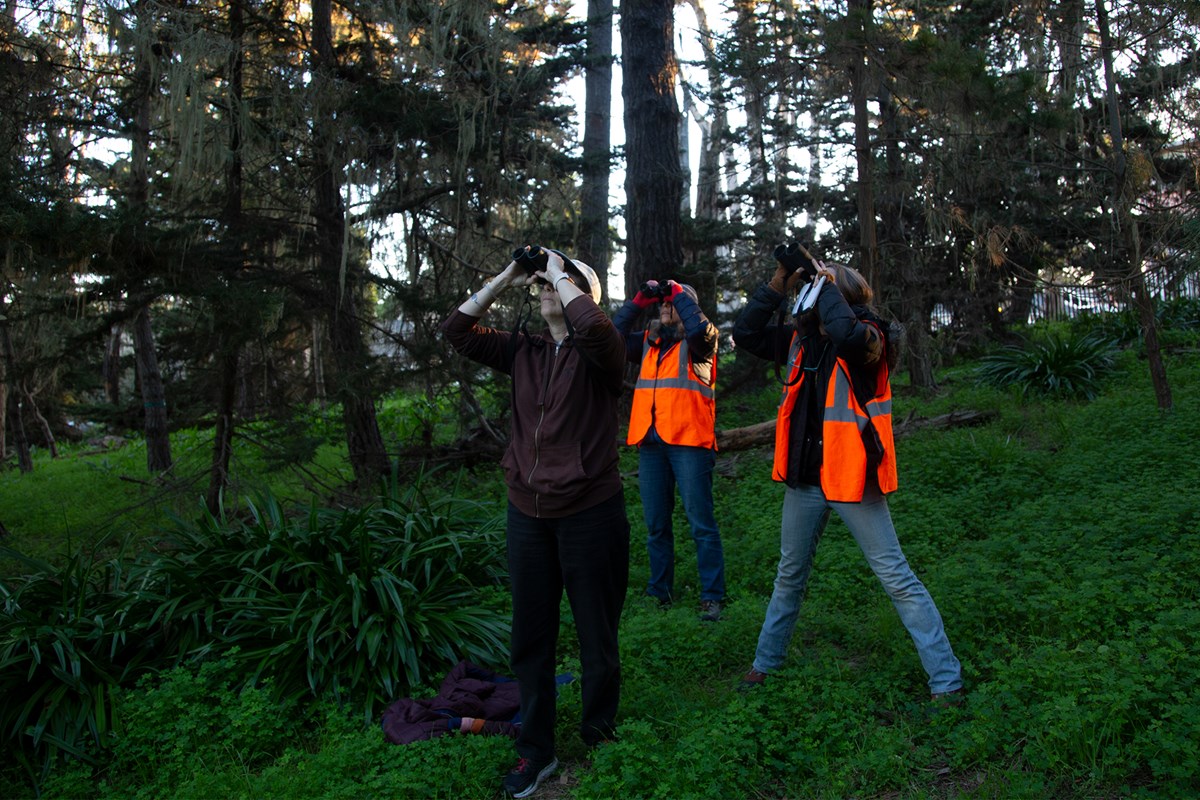 The work of tracking them doesn’t stop in February. Jepsen says that anyone can report patches of milkweed and sightings of monarchs to the Western Monarch Milkweed Mapper. This allows researchers to get an idea as to where and when monarch butterflies are breeding across the West, which also allows them to better preserve those areas.

“After they leave overwintering sites, it's actually still a really important time to monitor monarchs, to look for them, to take pictures of them at all life stages,” Jepsen said. In months to come, she said that they’ll generally scatter inland.

Over the years, Turcotte has made it her mission to push this goal forward, often educating others in Pacific Grove about this work. Outside of the counts, she leads groups through the sanctuary to share what she’s learned, and has even written a children’s book, "The Perfect Place," about their migration. She also keeps connected to butterfly counters across the country, sharing her knowledge and soaking it all in.

“I’m learning every season,” she said. “It’s this continual process.”

It didn’t begin this way. When she moved to Pacific Grove years ago, she wasn’t aware of its history. She’d lived most of her life not knowing that monarchs were overwintering in California at all.

“I had never even heard about it until I moved here to Pacific Grove and then found out, ‘Oh, this is like Butterfly Town USA and we have monarchs that overwinter in thousands, right?’” Turcotte said. “It's a phenomenon, it's incredible.”

Turcotte lives a short walk from the sanctuary and often visits on her own to check-up on the monarchs. Some of this is for analysis, like when she’s watching for pairs of monarchs chasing each other in zig-zags through the air, a part of their mating ritual that usually comes shortly before they leave.

But she also comes just for the experience of witnessing. Being among the butterflies in this small part of the year, especially after a year without them, is a part of her life she’s come to hold close.

“You have this insect, right, that weighs less than a paperclip that makes this migration — it just makes me want to cry,” she said. “Anywhere in that journey, they could die, because they don’t have the energy — and this year, we could have thousands that survive. It’s amazing.”

Reports of milkweed or monarch butterfly sightings can be submitted online via the Western Monarch Milkweed Mapper.

Correction: A previous version of the story misspelled the name of Liese Murphree. It has been corrected.