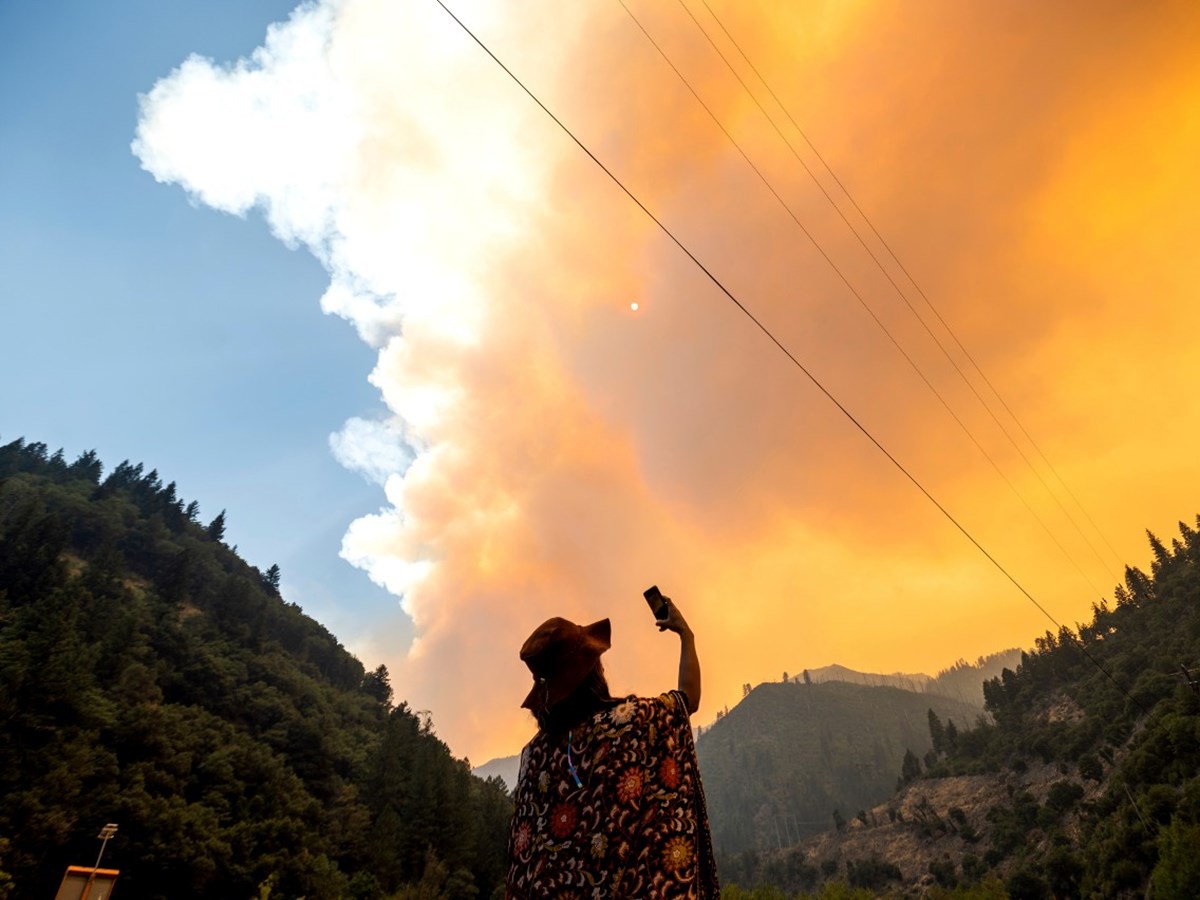 Jessica Bell takes a video as the Dixie Fire burns along Highway 70 in Plumas National Forest, Calif., on Friday, July 16, 2021.

Pacific Gas & Electric could be the first company to access a wildfire liability fund established by the state over two years ago, intended to keep utilities solvent after causing major wildfires.

Cal Fire announced Tuesday that its investigators determined the massive Dixie Fire started when a tree came in contact with PG&E power equipment near the Cresta Dam. The fire burned over 960,000 acres and destroyed over 700 homes. It’s the second-largest fire in state recorded history. 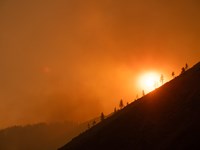 At the time, PG&E — the state’s largest utility — had already filed for bankruptcy protection and faced uncertainty about its future.

The state’s three largest utilities — PG&E, Southern California Edison and San Diego Gas & Electric — will pay for half of the $21 billion fund, and their customers will cover the other half through rate increases. Currently, the fund has about $11 billion, according to a report released last week by the California Catastrophe Response Council, which oversees the fund.

Utilities must pay $1 billion in claims before being able to access the fund. PG&E’s liability for the Dixie Fire is expected to surpass that threshold.

Michael Wara, a senior research scholar at Stanford University’s Woods Institute for the Environment, is on the council. He said claims tied to the Dixie Fire could be a useful test of the fund’s responsiveness, and see where there’s room for improvement.

“It's a good dry run, frankly, for the fund because there's a whole bunch of processes that need to be established and tested so that the fund is really ready,” he said.

Wara said he expects the fund won’t have to cover a large portion of the claims against PG&E. In an SEC filing from September, the utility said it anticipated “charges of $1.15 billion related to the 2021 Dixie fire” with “$150 million of probable recoveries from the Wildfire Fund.” PG&E said it expected its insurance to cover more than half of the $1.15 billion charges.

A bigger test of the fund could be the 2020 Zogg Fire. While much smaller than the Dixie Fire, it killed four people. Last year, Cal Fire investigators concluded the company started the fire and the Shasta County District Attorney’s Office charged PG&E with manslaughter and other crimes.

According to the SEC filing, a conviction could result in “fines, penalties, and restitution to victims for their economic losses,” with liability insurance unlikely to cover any restitution payments.

In an emailed statement, PG&E said the tree that caused the Dixie Fire “was one of more than 8 million trees within strike distance to PG&E lines.”

“Regardless of [Cal Fire’s] finding, we will continue to be tenacious in our efforts to stop fire ignitions from our equipment and to ensure that everyone and everything is always safe,” the statement read.

However, major risks remain for the company.

Nearly 200 plaintiffs have already filed suit against the utility over the Dixie Fire.

"We’re committed to helping our clients get the resources they need to rebuild their homes and their lives, and we look forward to advancing these cases and serving as their advocate in court,” said Gerald Singleton of the law firm Singleton Schreiber, which represents the fire victims, in an emailed statement.

“The fund was put in place to ensure that fire victims receive a proper response expeditiously and that markets do not downgrade utility bond ratings because of lingering liabilities,” he said in a written statement.

Holden added that if a utility starts a fire due to “conscious or willful disregard for the rights and safety of others,” then the fund would not cover claims for damages.