Writer Joan Didion, whose 'electric anxiety' inspired a generation, has died at 87 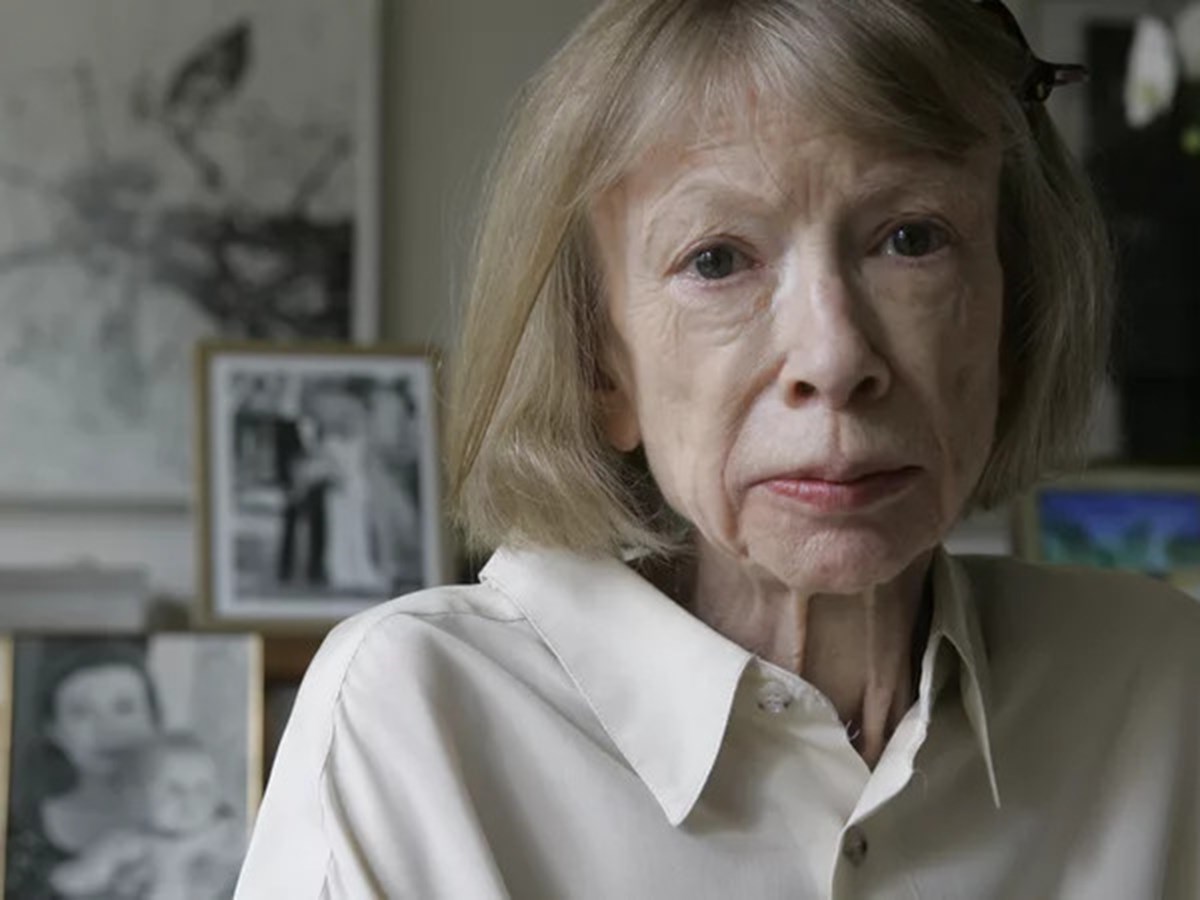 American novelist, journalist and essayist Joan Didion died on Thursday at her home in New York the age of 87 from Parkinson's Disease, according to Knopf publicist Paul Bogaards. The best-selling writer began describing her home state, California, for magazines in the 1960s and broadened her subjects over the decades in nonfiction, fiction and films.

Didion spoke about the act of writing more astutely than pretty much anybody else. "I write entirely to find out what is on my mind; what I'm thinking," she said.

The writing itself was a path to understanding and clarification. Her definition of a writer was "a person whose most absorbed and passionate hours are spent arranging words on pieces of paper." She said that in a 1976 speech at her alma mater, the University of California, Berkeley. By then, Didion had published Slouching Towards Bethlehem, a collection of reportage about life in the chaos of 1960s America. She'd also published two novels: Play It as It Lays, which could have been subtitled "Lost in Las Vegas and Most Other Places," and Run River, her first novel. Here's an excerpt from the latter:

There was a sense that to close one's eyes on a Valley town was to risk opening them a moment later on dry fields, the sun bleaching out the last traces of habitation, a flowered straw hat, a neon advertisement which had blinked a moment before from a wall no longer visible: More Yield from Every Acre with Seeds from Northrup-King.

It was a great comfort, watching the towns come and go through the tinted window of the Greyhound bus. The heat drained the distinctions from things — marriage and divorce and new curtains and overdrafts at the bank, all the same — and Lily could not at the moment imagine any preoccupation strong enough to withstand the summer.

That excerpt, from 1963, is the essence of Didion's writing style: terse, polished, elegant and piercing. Reviewer John Leonard said her sentences were like "icepick laser beams."

Novelist and nonfiction writer Francine Prose says it's a style — and a voice — that Didion pioneered in the '60s. "It's hard to remember how important it was to see evidence of real female intelligence on the page," Prose says. "She put a certain kind of voice — Western, female, anxious — on the page that hadn't been there before." 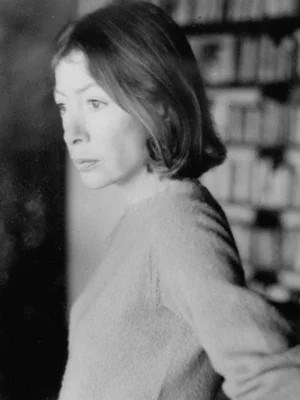 Didion, pictured here in 1979, defined a writer as "a person whose most absorbed and passionate hours are spent arranging words on pieces of paper." AP Photo

But there's also death. She wrote about her husband's 2003 death in The Year of Magical Thinking, and when their daughter, Quintana, died two years later, Didion struggled with that subject in Blue Nights. Behind all those topics and places was the writer's steady, astute, mournful, anxious voice.

"It's just thrumming with anxiety," Prose says. "Every sentence has a kind of electric anxiety and it's partly what makes you pay such close attention. I mean, you're just waiting for something to explode and then it doesn't and you keep reading."

"Everything makes her anxious," Prose says. "And yet she goes to [El] Salvador; she goes to Miami; she goes to Las Vegas; she travels all around California; she visits the panthers; she visits the hippies. It's anxiety and it's at the same time transcending the anxiety, which pretty much describes what it takes for any of us to get through the day."

Didion recognized that the physical and psychological landscapes she described were desolate. "I am more attracted to the underside of the tapestry," she said. "I tend to always look for the wrong side, the bleak side. I mean, I have since I was a child."

She once said, "We tell ourselves stories in order to live," and the ones she told were dark truths. "I'm rather a slow study and I came late to the apprehension that there was a void at the center of experience."

An Unlikely Member Of The Hollywood Establishment 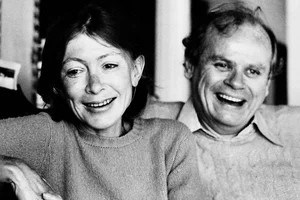 Didion and her husband, John Gregory Dunne, pictured here in California in 1977, wrote screenplays together before moving to New York in the '80s. AP

Before moving to New York City in the 1980s, Didion and her husband, John Gregory Dunne, spent years in Los Angeles. There, they wrote screenplays together: The Panic in Needle Park, the Barbra Streisand remake of A Star is Born, Up Close & Personal with Robert Redford and Michelle Pfeiffer.

As screenwriters, as well as novelists and journalists, Didion and Dunne were part of the Hollywood establishment. But Prose says you never feel the movie star-ness of Southern California in Didion's writing — especially not in her personal essays.

It all sounds so "down," but until the last years Didion denied any personal fragility assumed by her readers. In real life, she was small, thin, pale and un-California-looking. But in 1977 she said her physical size was deceptive: "I'm very healthy. I eat a lot. I don't cry a lot."

And she wrote a lot. In her fiction, she relied on images that she said came into her mind. Then Didion the writer had to figure out what was going on in them. "If you lie low enough and stay quiet enough," she said, "and if you don't talk to very many people and you keep your central nervous system from shorting out, these pictures come to you. And then you try to find out what they mean."

A generation of journalists were influenced by those explorations, and a generation of fiction and memoir readers were drawn in and enlightened. Didion, a chronicler of cultural truths and fictions, observed her world intensely. She provided clarity.