Interview: Incoming Sacramento Police Chief Kathy Lester on being the first woman to run the department 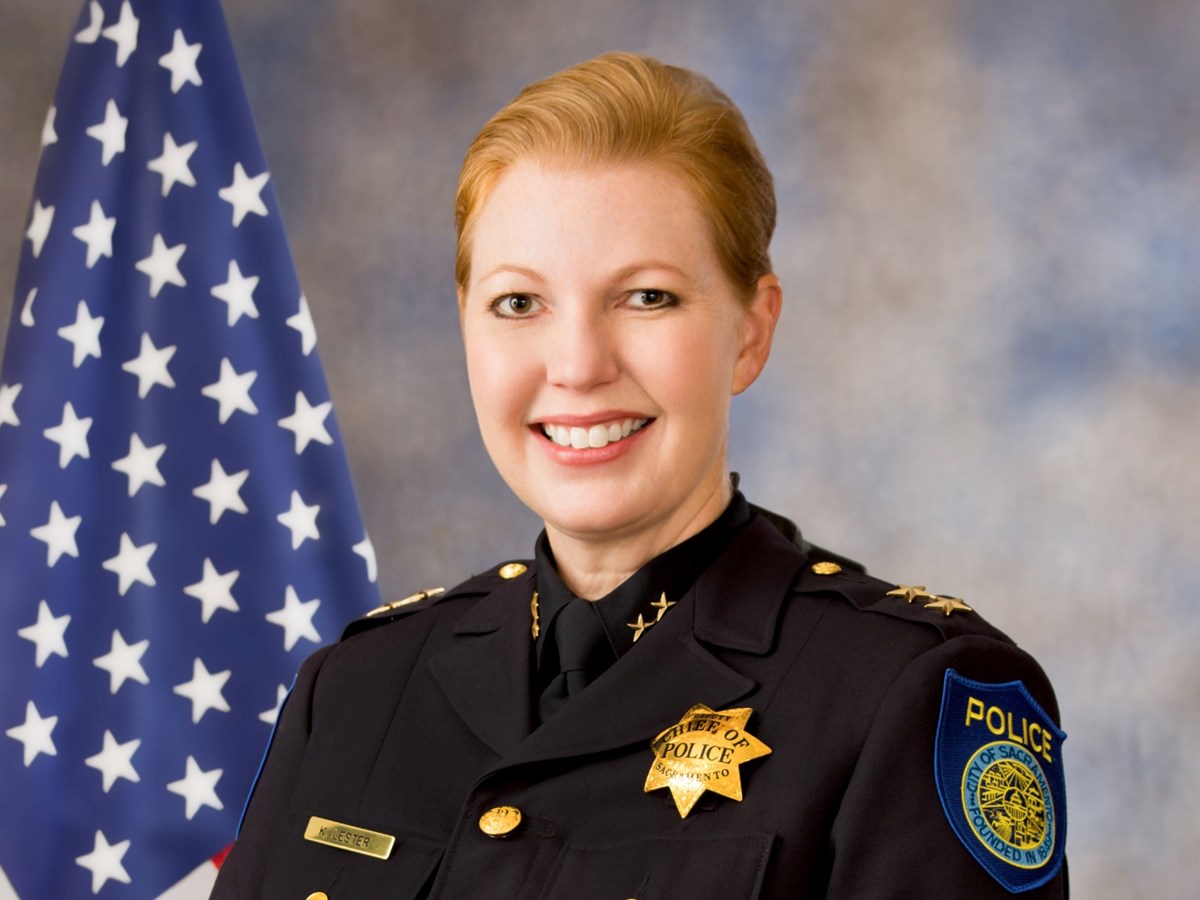 Tune into the whole interview on Insight today at 9 a.m.

Deputy Chief Kathy Lester has been chosen to lead Sacramento’s police force at the start of the new year, as outgoing Chief Daniel Hahn retires. Lester will be the first woman to lead the force and is a long-time veteran, having served with the department since 1994.

She was selected for the position after the city manager’s office conducted a nationwide search and also put out a community survey to hear from residents what qualities they’d want in a police chief. City Manager Howard Chan said in a statement that Lester was the perfect match for this position, and that he hopes she can continue the work that Hahn had done, especially in focusing on racial equity.

Still, members of the city’s Police Advisory Commission told CapRadio none of the commission members were consulted about the new chief before the appointment was announced. Lester will also lead a department is mostly white and has been accused of racial bias and discrimination.

Lester sat down with Race and Equity Reporter Sarah Mizes-Tan to talk about her plans for the department and how she hopes to move it forward at this pivotal moment.

How do you feel about being the first woman appointed to this position? Sacramento's police force is 67% male. How do you see this translating into how you lead the department?

It's really exciting. Over the last few days, I've actually been asked that question quite a few times and I've had some time to really think about it. What I would say, looking back, it's great being a woman in this position. But in the end, we're all police officers, we just have different roles and responsibilities. But thinking about what got me here, I'm really very excited and honored to talk about what the police department has done for me and what the city has done for its employees because I've been here for 27 years now and I know I wouldn't be in this position or moving into the position of chief of police had I have not had the right environmental conditions within the organization.

And your family goes back multiple generations in Sacramento and you're taking this role during a really pivotal time for the city. Where do you see the Sacramento Police Department as it stands right now?

Well, I think that we are on the cutting edge of a lot of things, and I really do give credit to our leadership with Chief Hahn. I think he has done some monumentally difficult things and has led this organization with grace and intelligence and forward thinking. And he's put us into a position where we can continue to move forward and really be a leader and a visionary within law enforcement. I know there's no question that law enforcement should continue to progress and change in a positive direction. And I feel that we are definitely on the right track to do that.

There's been a lot of concern about the lack of diversity in the police force. Its demographics have not really improved over the past few years, and your department remains one of the city's whitest, despite the fact that you serve a city that is increasingly nonwhite. As a white person yourself, how do you feel your race and perspective will help the department diversify in the ways it needs to?

Well, I can say that we've already been doing things and moving in the positive direction that we need to go. If you look back to when many organizations faced cuts during the Great Recession, we had to lay off our newest employees and that was our most diverse group. We have been working on trying to rebuild our department, and I can point to some things that I think are working that I'm really proud of. For example, the pipeline hiring program. We've created entry level programs to bring community members that represent our community into our organization. And what you're seeing right now is that that group of employees that are in our pipeline hiring program through the cadets, the student trainees on to community service officers are extremely diverse in gender and ethnicity.

What I can tell you is as we move into the new year, it’s a very exciting time for our police department, we have a number of leadership changes and I’ll be working with the new team to develop some strategies and specific vision to address those issues that you mentioned.

We are a transparent agency. I personally led the efforts to create our transparency webpage where you’ll see a lot of information is contained, and the work that we’ve been doing through the Department of Justice … following best practices is something we’re going to continue to do to ensure accountability for our department.

How have your experiences really led to how you might take leadership of the police force now and how you want people to view the Sacramento police force going forward?

I think leadership, a lot of it comes down to technical skills and emotional intelligence and your ability to work with people. And so I feel the opportunities that I’ve been given here have certainly led to a strengthening of my technical skills, and some of it is personality, but it’s the ability to work with people and the ability to care not only for your organization but the city that you serve.