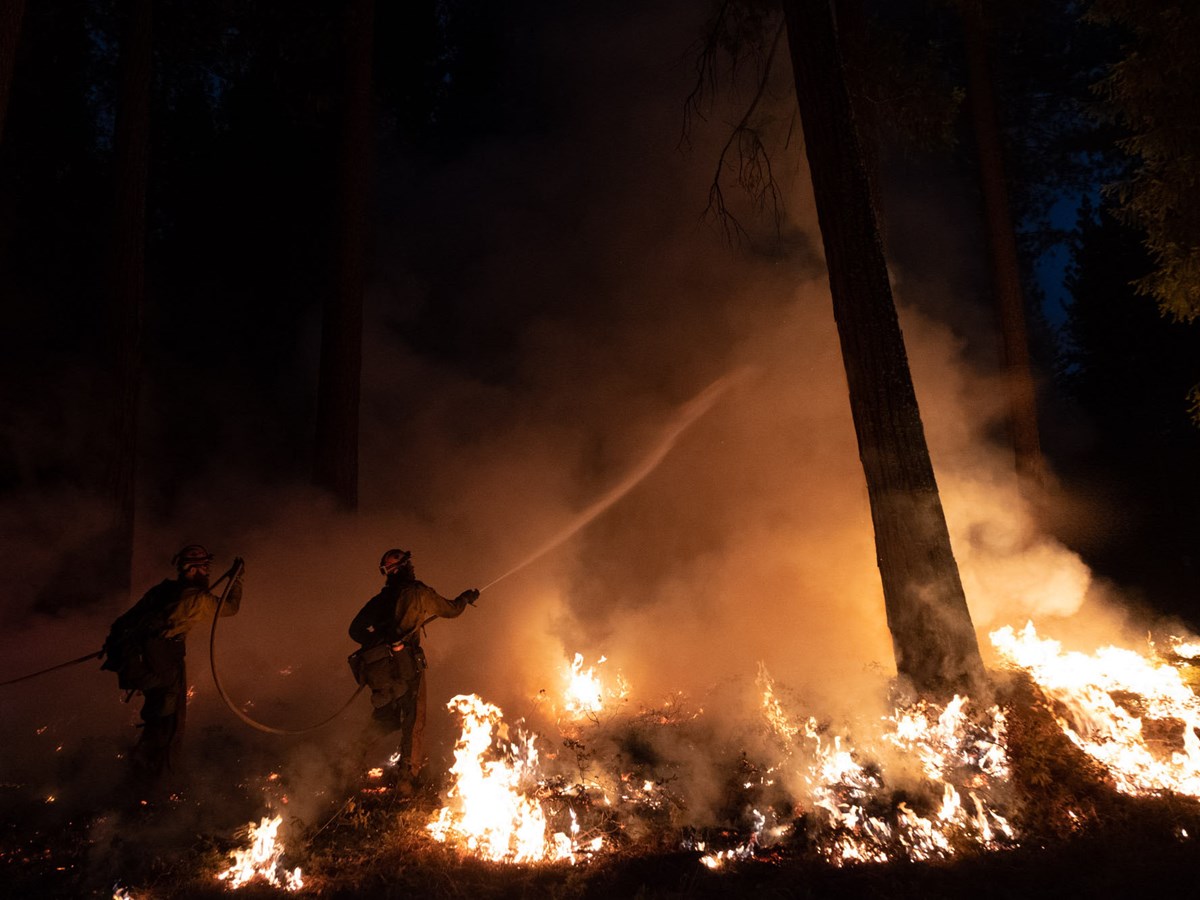 The father and son arrested for allegedly starting the Caldor Fire had their bail reduced Monday and will likely be released from custody soon. 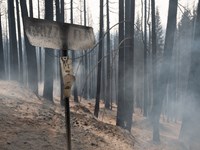 Father, son arrested for allegedly starting Caldor Fire have been under investigation since August, attorney says

The El Dorado County District Attorney sought $1 million for each suspect. In a court filing, the district attorney's office said the pair were a flight risk and that there was “clear and convincing” evidence they were a danger to public safety.

Mark Reichel, the attorney for Shane Smith, asked to have that reduced below $100,000 in a filing full of letters from community members supporting the two men.

"Neither defendant is in any way a risk of flight," Reichel wrote. "Their ties are only to this community, and their ties are very strong."

On Monday, Judge Mark A. Ralphs reduced Shane Smith’s bail to $50,000 and David Smith’s bail to $25,000. The terms of the bail prohibit the Smiths from possessing firearms and ammunition. It also bars them from leaving the state.

Ralphs cited the defendant’s ties to the community and low score on a risk analysis. If he set bail at $1 million each, he added, “I have no doubt I will be reversed on review” if it is challenged.

Defense attorney Linda Parisi maintained David and Shane Smith’s innocence and argued they are not a flight risk.

“This is their community, their home,” she said of the two men who have lived in the area for most of their lives. “No prior criminal record [and] productive members of society.”

The Caldor Fire started Aug. 14 and burned for 67 days In El Dorado and Amador counties, destroying more than 1,000 structures and forcing 53,000 people from their homes.

New details emerged in the bail hearing about how authorities believe the two men started the devastating blaze. “Investigators determined the Caldor Fire likely ignited when a projectile discharged from a firearm and struck an object, causing heated fragments of the projectile to land in a dry receptive fuel bed, igniting the fuels,” prosecutors alleged in a court filing.

Deputy District Attorney Nora Hall claims witnesses in the area saw the two men drive an off-road vehicle into a heavily wooded area near where the Caldor Fire originated. Those witnesses say they heard “multiple gunshots,” and then saw the Smiths emerge from the area, alerting people to a fire.

Prosecutors say that Shane Smith called 911 to report the fire, but they argue he and his father were responsible for starting it. Investigators found “several bullet casings that appeared to have been recently expelled” and earplugs in the area, according to court documents. The prosecution claims a DNA analysis indicated Shane Smith as a “potential contributor” of the DNA.

Hall claimed in court that investigators seized “a number of guns” while executing search warrants. The filings do not indicate whether the bullet casings found near the fire’s origin area have been matched to those firearms.

The prosecution estimates a maximum prison sentence of 14 years for Shane Smith and 12 years for David Smith.

Reichel, who represents Shane Smith, claimed in court that the prosecution’s case relied on “stringing one coincidence with another” and provides “nothing that shows the cause of the fire other than speculations.”