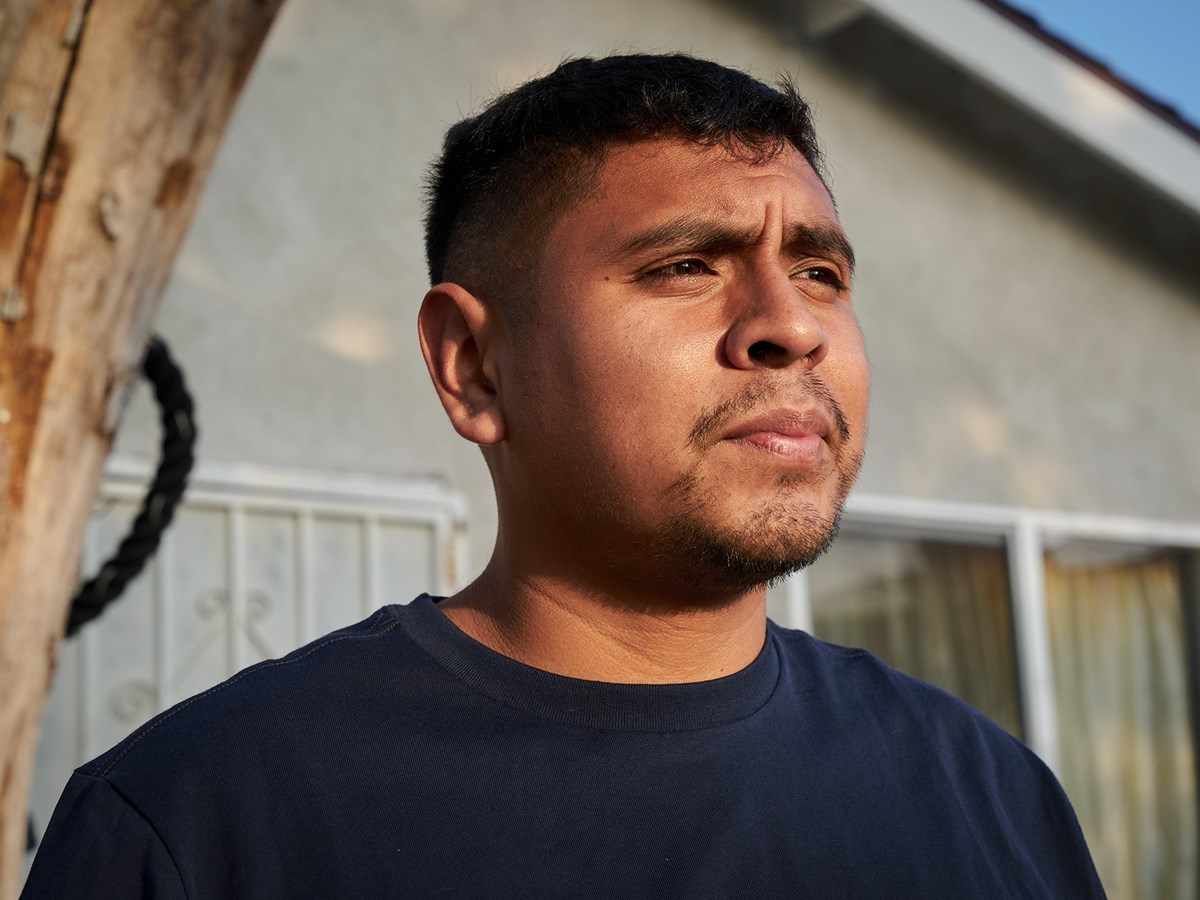 Jesús Martinez, an NFT artist and crypto investor, outside his family's home in Eagle Rock on Dec. 3, 2021.

Jesús Martínez finds inspiration on his morning runs around his neighborhood of Eagle Rock in Los Angeles: a sunrise, a street vendor or a landscape.

When the 24 year-old artist sits down at home, he goes to work on a tablet and stylus pen.

Martínez, who grew up selling flowers on street corners with his parents, recently made his way into the world of non-fungible tokens, or NFTs, which are unique digital assets bought and sold using cryptocurrencies, such as bitcoin. The crypto artist’s biggest sale so far is a digital artwork titled “Genesis life,” which sold for $38,000 and is now valued at around $80,000.

As decentralized investing gains popularity, Martínez has also found a nontraditional way to generate wealth. He’s not alone. The Harris Poll found 25% of Black Americans and 15% of Latino Americans have purchased NFTs, compared to 8% of white Americans. And USA Today reported over summer that minority investors are more likely to outpace white investors in owning digital currency.

Martínez is still amazed at venturing into this world since, until a few years ago, he worked alongside his parents, who emigrated from Mexico.

“We would sell flowers on street corners or for graduations,” Martínez said. “I stopped selling flowers after high school, but that helped me learn about work and humility.”

Martinez’s passion for digital illustration took hold in high school. Three art classes introduced him to graphics software such as Sketchbook Pro, Photoshop and After Effects. He went on to study communications at California State University, Northridge.

Martinez had heard about Bitcoin as early as 2012 but didn’t dive into digital assets until this year. He published his first digital artwork in May and has sold about eight pieces ranging from 1,000 to 3,000 NFTs. The most expensive was purchased by a collector who appreciated the story behind the artwork.

“The collector told me: ‘What made Picasso and Mona Lisa interesting was not the painting but the story behind the artists and you have a beautiful story and I would love to be a part of that,’” Martínez said. “That’s when he bought my piece for a lot of money.”

The young artist said his work has caught the attention of other collectors. Among them Gil Weisblum, who is a web 3.0 advisor and part of the office of iconic fashion designer Diane Von Furstenberg.