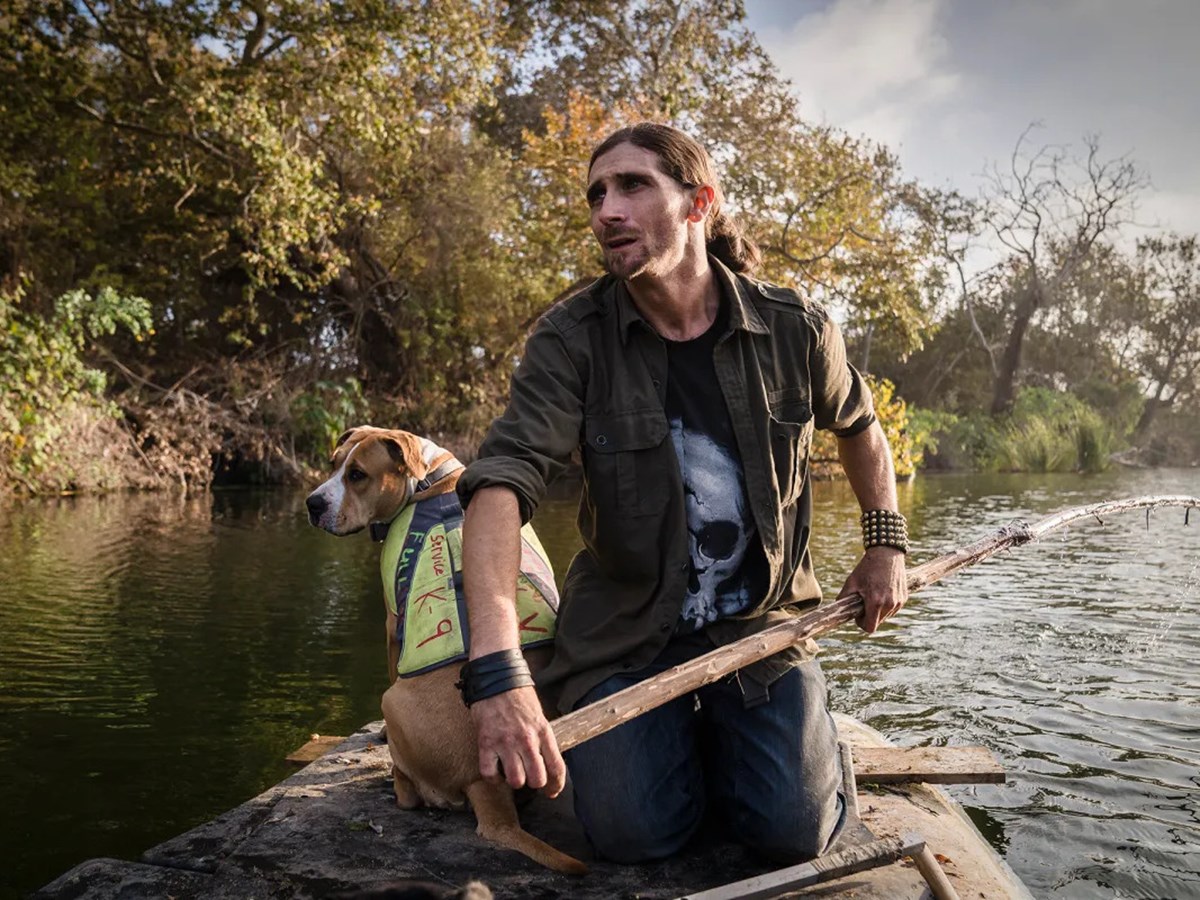 Josh Lowe made a makeshift raft out of longboards and wood to get across the San Mateo Creek to where he has been staying in San Clemente on Nov. 6, 2021.

Photo by Ariana Drehsler for CalMatters

Gimme Shelter: The California Housing Crisis Pod · Is 'right to housing' a solution to California homelessness?

Please subscribe to us on Apple Podcasts,  Soundcloud and Stitcher.

The law says that every student is entitled to a free public education.

What if it said the same about housing?

That’s what Darrell Steinberg, the mayor of Sacramento, believes to be the key to addressing California’s homelessness. He recently proposed an ordinance that would require the city to provide at least two housing or shelter options to people living on the streets.

If those options weren’t available, the person could sue the city. But if the homeless individual turned down the available options, they would be compelled to come inside, albeit using social workers, not police.

In the latest episode of the California Housing Crisis Podcast, The Los Angeles Times’ Liam Dillon and CalMatters’ Manuela Tobias interview Steinberg on his proposal, and how it has evolved over the years.

“I want to put out what I believe, which is fundamentally, that the public policy of the society must be that people live indoors,” he said. “Ninety to 95% of that is the government’s obligation. The last five to 10% may fall on some individuals.”

Aside from housing or shelter, two of the options that a person must be offered include spaces at “Safe Ground” sanctioned tent encampments, hotel rooms, tiny homes and trailers.

“People have a much better chance to get permanent housing if they’re indoors rather than outdoors,” Steinberg explained. “We can’t get mental health treatment or substance abuse treatment for people living on the river.”

But, like the rest of the state, Sacramento is far from able to provide at least a single shelter bed per person, much less an affordable housing unit. If approved by the City Council, Steinberg’s plan would take effect starting in 2023, or later if the city makes substantial progress on housing options by fall 2022.

Liam and Manuela also discussed the results of a poll on homelessness in Los Angeles County conducted by the L.A. Business Council Institute and the L.A. Times.

The poll found 94% of voters viewed homelessness as a serious or very serious problem – a similar number as two years ago. However, over the past couple years the city and county have spent hundreds of millions of dollars to deal with homelessness.