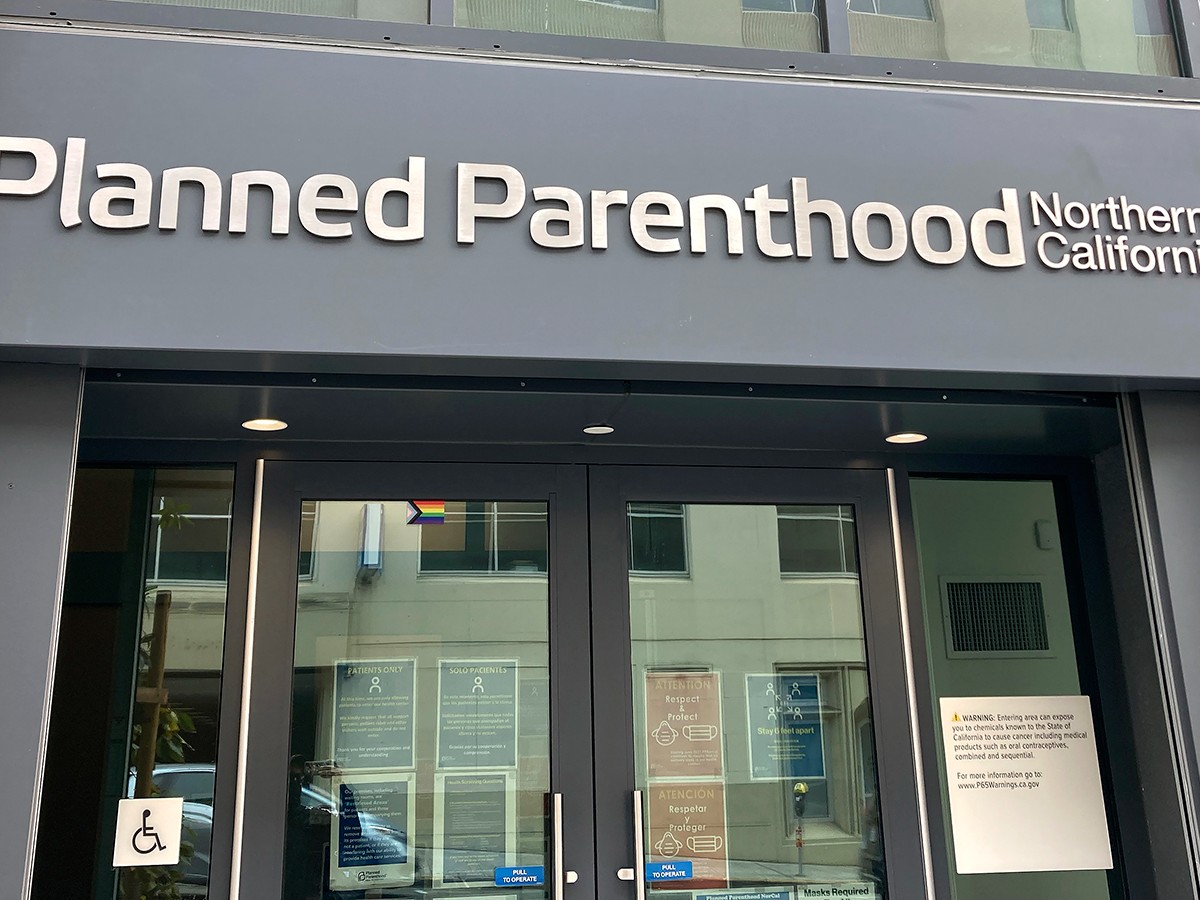 The exterior of a Planned Parenthood Northern California location in San Francisco.

SACRAMENTO — With access to abortion at stake across America, California is preparing to become the nation’s abortion provider.

Democratic Gov. Gavin Newsom and legislative leaders have asked a group of reproductive health experts to propose policies to bolster the state’s abortion infrastructure and ready it for more patients. Lawmakers plan to begin debating the ideas when they reconvene in January.

Abortion clinics are already girding themselves for a surge in demand.

Janet Jacobson, medical director of Planned Parenthood of Orange and San Bernardino Counties, said three or four out-of-state patients visit her clinics each day — about double the number that sought treatment before a near-total ban on abortion took effect in Texas in September.

While the nine clinics can absorb that slow trickle, they expect up to 50 out-of-state patients a week if the U.S. Supreme Court’s conservative majority guts abortion rights nationally, Jacobson said. She bases her estimate on new data from the Guttmacher Institute, a research organization that supports abortion and reproductive health rights.

She is adding staff members and appointment capacity, hoping to accommodate everyone.

“We have to make sure we can still continue to care for all of our California patients,” Jacobson said. “We don’t want them getting squeezed out” of appointments.

The Texas law banned nearly all abortions after about six weeks of pregnancy and empowered private citizens to sue anyone who performs or “aids and abets” an abortion after that time. The Supreme Court heard arguments in that case on Nov. 1 and is expected to announce a ruling on its constitutionality in June. Nonetheless, Florida and Ohio have announced plans for copycat laws.

Next month the high court will hear another abortion case with even broader implications, Dobbs v. Jackson Women’s Health Organization, a lawsuit challenging the constitutionality of a 2018 Mississippi law that prohibited abortion after 15 weeks. If the court sides with Mississippi, its decision could overturn existing abortion rights set by the landmark Roe v. Wade case.

Should that happen, reproductive rights experts predict, 26 states will ban the procedure altogether and states with stronger protections for abortion, like California, will draw even more patients. There could be up to a 3,000% increase in people who “may drive to California for abortion care” each year, according to the Guttmacher data.

In 2017, the most recent year for which data is available from Guttmacher, California — by far the nation’s most populous state — had more abortion providers than any other state, with 419 hospitals, clinics or doctors’ offices performing the procedure. The next highest were New York, with 252, and Florida, with 85. Neighboring Arizona and Nevada each had 11. Of the 862,320 abortions performed in the U.S. that year, 132,680, about 15%, were in California.

Planned Parenthood clinics in California say they already serve about 7,000 out-of-state patients a year and are expecting a surge of new ones, especially in travel hubs like the Los Angeles area.

Atkins, who was the director of a San Diego women’s health clinic in the 1980s, said she spent time with women from states where it was hard to get an abortion. She said California is committed to ensuring abortion access in the state and beyond.

The council is focused on increasing funding for abortion services, providing logistical and financial help for women who need to travel, increasing the number of health care providers who perform abortions and strengthening legal protections for them.

Increasing capacity could mean licensing more practitioners to provide abortions or pumping more resources into telehealth so people can see a doctor online to prescribe pills for a medical abortion — a service California doctors currently can provide to patients only in California.

The most important thing the state should do is fix its shortage of providers, especially those who perform second-trimester abortions, which are more expensive and complicated than first-trimester abortions, said council member Dr. Daniel Grossman, director of the Advancing New Standards in Reproductive Health program at the University of California-San Francisco.

It’s not feasible to place an abortion provider in every corner of the state, Grossman said. Instead, the council should focus on creating “hubs that can provide abortion care for large numbers of people” in easy-to-get-to locations.

One of the council’s recommendations will likely be to increase the rate Medi-Cal pays for abortions so more providers will perform them, said council member Fabiola Carrión, interim director for reproductive and sexual health at the National Health Law Program.

Increasing Medi-Cal rates won’t help patients traveling from outside California. Generally, private insurance doesn’t cover out-of-state abortions, so most women will be on the hook for the full cost, and those enrolled in other states’ Medicaid programs must pay out-of-pocket, too.

The council hopes to reduce costs for state residents and visitors, said Brandon Richards, director of communications for Planned Parenthood Affiliates of California. “It’s about making it easy for people to access abortion in California, whether they reside here or are coming in from out of state,” he said.

One way to target costs is by funding the practical support, like helping to pay for transportation, child care, hotels or time off work, said council member Jessica Pinckney, executive director of Access Reproductive Justice, a fund that helps people pay for abortions.

Pinckney said she’s working with Los Angeles County to set up a public abortion fund to cover some of those costs for anyone seeking an abortion in the county. It would be modeled after similar pots maintained by the cities of New York; Austin, Texas; and Portland, Oregon, and could eventually be a template for the first statewide fund, Pinckney said.

Most Texans seeking abortions since that state’s law took effect are going to nearby states like Colorado, New Mexico and Oklahoma, said Sierra Harris, deputy director of network strategies for the National Network of Abortion Funds. Women in those states, in turn, are having trouble getting care and are looking to California for appointments.

Perrucci’s clinic is focusing on telemedicine, phone counseling and other ways to save time so it can add appointments for out-of-state patients if necessary.

But more slots are useless if women can’t make it to California. The clinic has booked about 10 appointments for Texans since the state’s ban went into effect, but only half have shown up, mostly women with family connections in California.

“Most people just don’t have the money to get here,” she said. “If the burden of abortion was borne predominantly by the wealthy, yeah, they’d just fly here.”