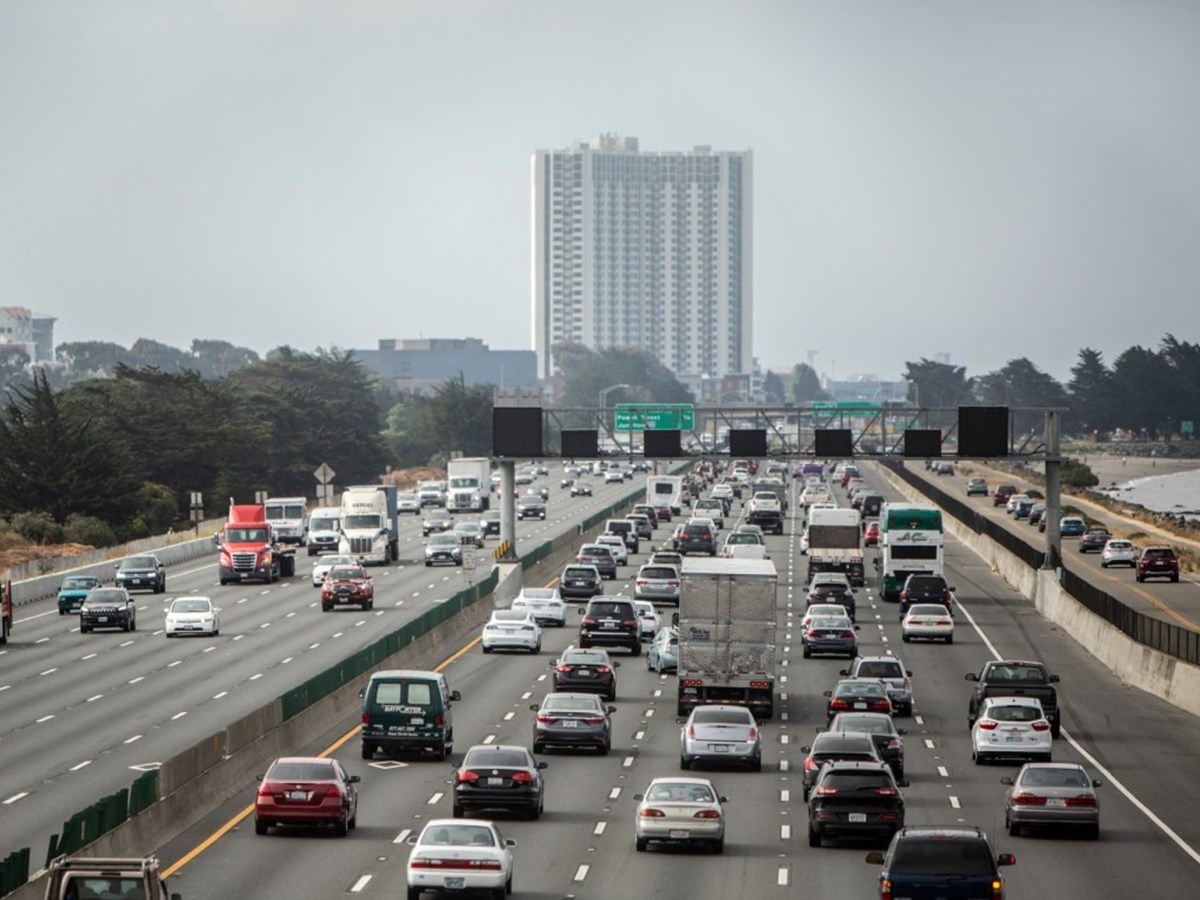 Nations convening at the United Nations climate conference pledged today to end the sale of new gasoline-powered cars in major markets by 2035 and globally by 2040, mirroring California’s plans.

The nations took another major step: a plan to eliminate sales of trucks and buses that pump out planet warming pollution by 2040. But even though it was inspired by California, the international agreement goes beyond the state’s current mandates, which ramp up sales of zero-emission trucks, starting in 2024.

California signed on in support of both international agreements. Notably absent from both: the United States government and other major car markets, including China and Germany.

“The feds are, at least in the transportation area, really lagging. And so the California story is really becoming more and more important,” said Daniel Sperling, founding director of the University of California, Davis Institute of Transportation and a member of the California Air Resources Board.

Transportation is the largest source of greenhouse gases in California, and state air quality officials say tougher regulations are coming for cars and trucks. Air Resources Board Chair Liane Randolph said from Glasgow that California has a suite of new regulations under development for passenger vehicles starting with model year 2026 “all the way to the full zero emission transition.”

In addition, state officials say a draft proposal for medium and heavy-duty trucks, expected by the fall of 2022, would require all new trucks sold in California to be zero emission by 2040.

California has for decades led the nation with its clean car rules, originally enacted to combat the choking smog that cloaked the state. California has unique authority under the federal Clean Air Act to set its own standards for tailpipe emissions, which have expanded to encompass greenhouse gases, as well.

In rules enacted by the air board in 2012, California requires that a certain percentage of cars that are produced by a manufacturer and delivered for sale in California be zero emissions.

Each vehicle receives credits based on its electric driving range and other factors. Mandates in the regulation range from 4.5% of a major manufacturer’s fleet in 2018 to 22% by 2025. Companies can meet these targets by increasing sales or by buying and trading credits.

Last year, Gov. Gavin Newsom ordered the air board to amp up those standards by initiating a mandate to ban sales of new gas-powered cars and pickup trucks by 2035. Medium and heavy duty trucks should be zero emissions by 2045 “where feasible.” The regulations needed to meet these targets are still under development.

State Sen. Lena Gonzalez, a Democrat from Long Beach, said she’s thankful to see global commitment to increase electrification of medium and heavy duty trucks even more quickly — which signals that California, too, can pick up the pace.

“Goals only matter if we have focused 2022 legislation that will actually reduce emissions,” she said. “We can’t rely only on goals if they don’t actually get the job done.”

General Motors signed on to the international agreement today, reaffirming its commitment to phase out sales of gas powered cars and SUVs by 2035. Ford, Mercedes-Benz and Volvo also signed it.

Absent, however, were Toyota and Volkswagen, the two top-selling automakers in the world.

“In many areas of the world such as Asia, Africa, Middle East, etc. an environment suitable for promoting full zero emission transport has not yet been established,” said Ed Hellwig, a spokesperson for Toyota Motor North America. “We think it will take more time to make progress, and suitable policies will be required to develop the pathway to zero emission vehicles in the timelines set out; thus, it is difficult for us to commit to the joint statement at this stage.”

Even in California, meeting the 2035 target will require rapidly increasing the number of zero-emission vehicles on California’s roads.

Zero emission vehicles made up a little more than 2% of the more than 28 million passenger vehicles on California’s roads in 2020, but more than 11% of sales for the first three quarters of 2021, according to the state energy commission.

The sales exceed projections for 2025 from the Air Resources Board, but still fall far short of former Gov. Jerry Brown’s executive order to put 1.5 million ZEVs on California’s roads by that year.

At the climate conference in Glasgow today, California Air Board Chair Liane Randolph took the helm of an international coalition of companies and governments called the Transportation Decarbonisation Alliance, signing a call to speed deployment of electric vehicle charging around the world.

“We have a lot of work going on…making sure that there’s charging infrastructure and fueling infrastructure for the zero emissions vehicles,” she said. “And so we really need to be doubling down on all of those strategies.”

California is leading the world when it comes to electric truck mandates, Sperling said. In June 2020, the state adopted the world’s first regulation requiring manufacturers to increase sales of zero emission trucks starting in 2024. The rule added to existing mandates to phase out the sales of gas powered transit buses by 2029, with the goal of turning over the fleet to entirely zero emission by 2040.

Unlike the international memorandum, which sets a goal for all new trucks and buses sold to be zero emission by 2040, California’s truck mandates require 55% of new delivery vans and large pickups, 75% of commercial trucks such as garbage trucks and 40% of the big rigs sold in California to be emissions-free by 2035.

The draft rule expected to come before the air board by fall of 2022 proposes requiring public fleet operators to buy an increasing percentage of electric trucks over time. Certain fleets, including those with more than 50 vehicles or $50 million in revenue, would have to switch to entirely zero emission vehicles between 2035 and 2042, depending on the type of truck.

Truck “fleet turnover requires something at least as aggressive as the international pledge and perhaps even more so,” said Bill Robertson, vehicle program specialist for the air board.

Electric bus manufacturer BYD endorsed the international truck and bus memorandum, as did Volkswagen truck brand Scania. But other major truck manufacturers including Daimler and Volvo are not listed as supporters.

Claes Eliasson, a spokesperson for Volvo Group, said that the pledge differs slightly from Volvo’s existing commitments, which is why the company didn’t sign.

“They pledge for 100% zero tailpipe emission, we pledge for 100% fossil free,” he said, adding that he and colleagues believe there will still be a need for some biofuel-powered internal combustion engines by 2040.

California’s ability to set its own vehicle standards has come under fire in recent years. The Trump Administration acted to eliminate California’s authority, while President Joe Biden has proposed to overturn that order — but California is still waiting.