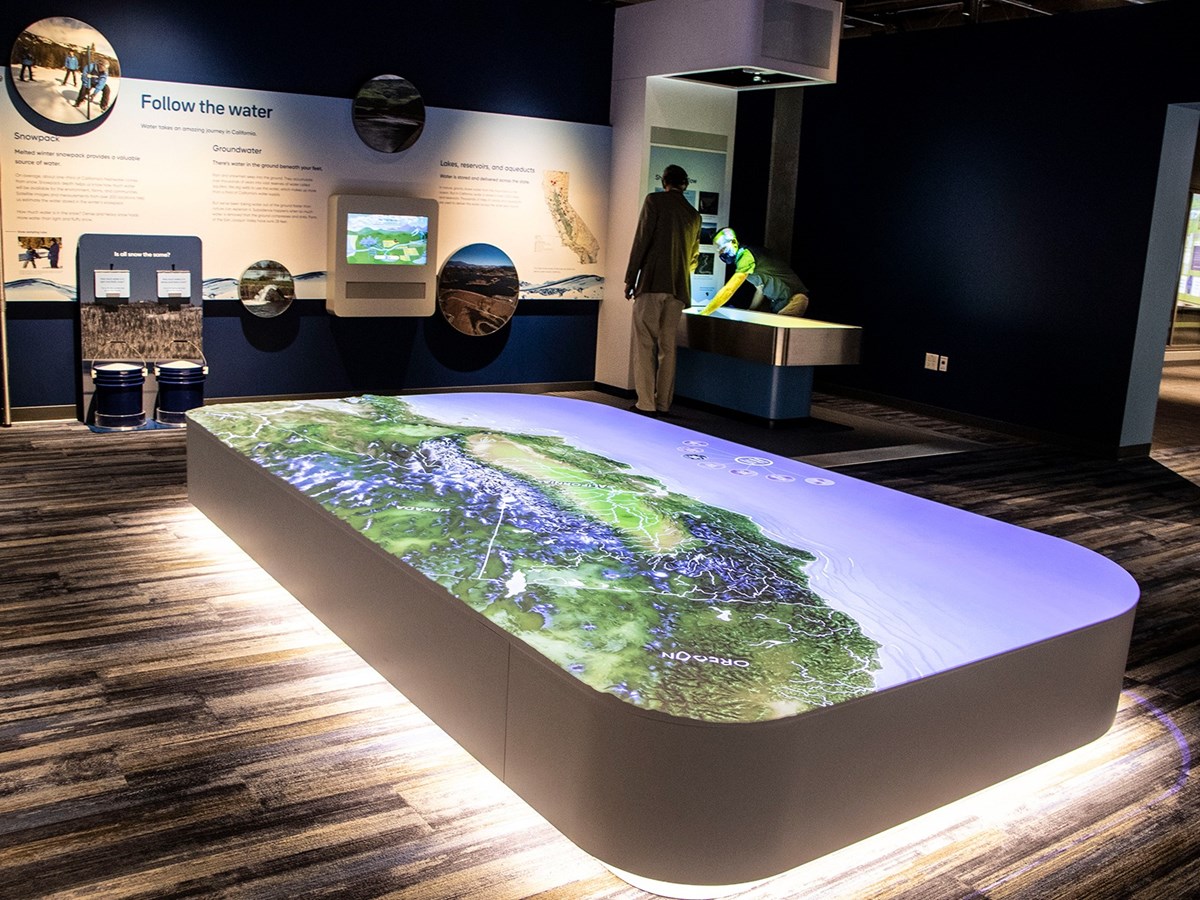 Within the Museum of Science and Curiosity, visitors can expect exhibitions on nature and interplanetary travel alongside displays that investigate solutions for California’s carbon emissions and seasons of drought.

This weekend, the SMUD Museum of Science and Curiosity — a project over a decade in the making — is finally opening.

The city first approved plans for the museum, also called MOSAC, in 2008, on the now-rehabilitated site of a historic electric power station along the Sacramento River, just north of Old Sacramento.

Shahnaz Van Deventer, MOSAC’s director of marketing and development, sees it as a necessary development for the Sacramento region, which has not previously had a science center of this scale.

“When you look at other cities around the world or even to our neighbors, you know, San Francisco, there are several science centers that really talk about science, technology, engineering and math and trying to inspire that next generation to go into those fields of study,” she said.

MOSAC’s building offers more space than the previous science center, which only allowed for one exhibition at a time. This newer facility allows for six, and spaces for other offerings like a planetarium and classrooms. 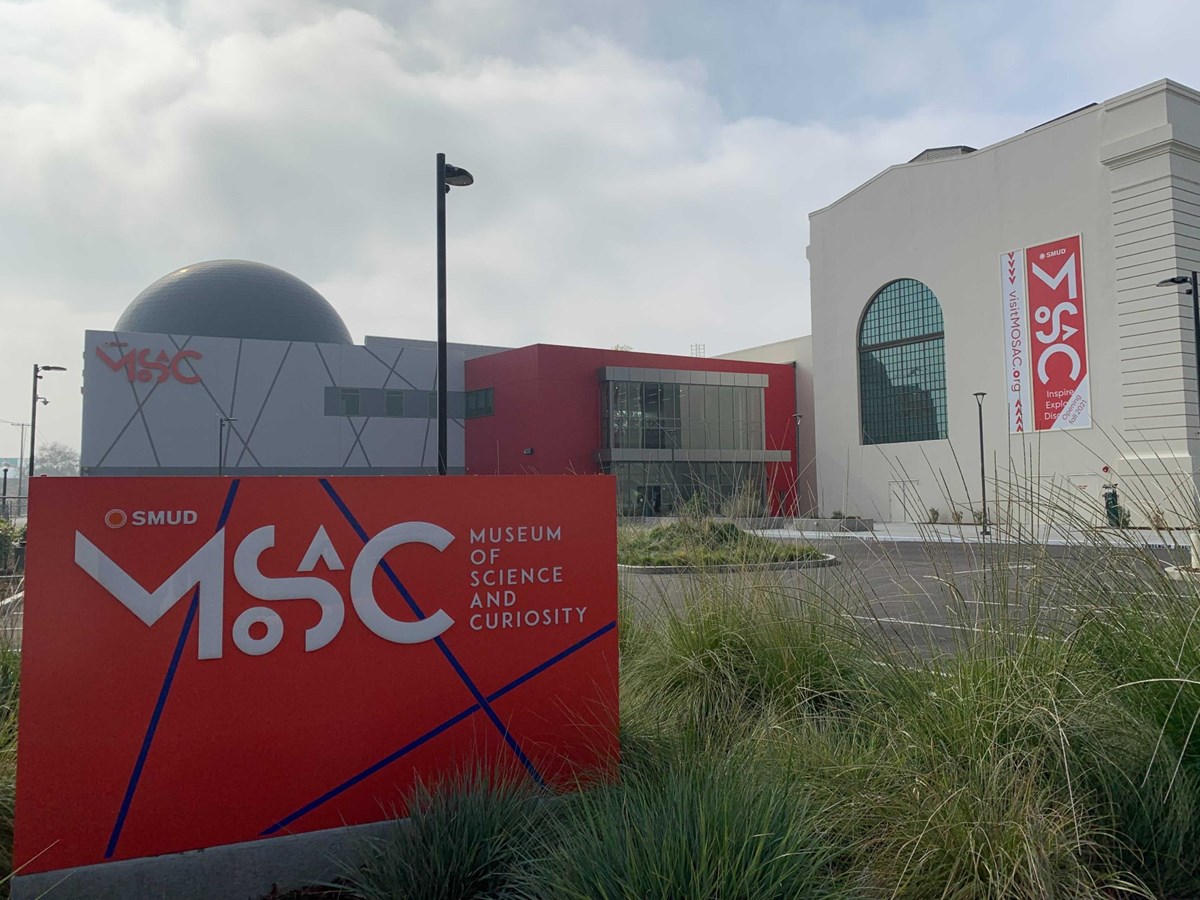 The SMUD Museum of Science and Curiosity building on Nov. 12. This new facility has six exhibition spaces, plus other offerings like a planetarium and classrooms for student visits.Manola Secaira / CapRadio

“We were seeing about 60,000 visitors a year in a very small facility,” said Michele Wong, who is executive director of MOSAC, of the old science center. “For the capital of the world’s fifth-largest economy, it was ridiculous that we didn’t have something downtown that was more of a destination science center.”

Inside, visitors can expect the typical fare offered by similar science centers, like displays investigating space travel and discoveries in nature. But a large chunk of the museum’s exhibitions also look into the impacts of climate change and how urban areas like Sacramento can play a part in dismantling them.

One section of the museum uses video games to explore how the city might integrate greener energy sources, while another examines issues of drought and offers ideas for conserving water. 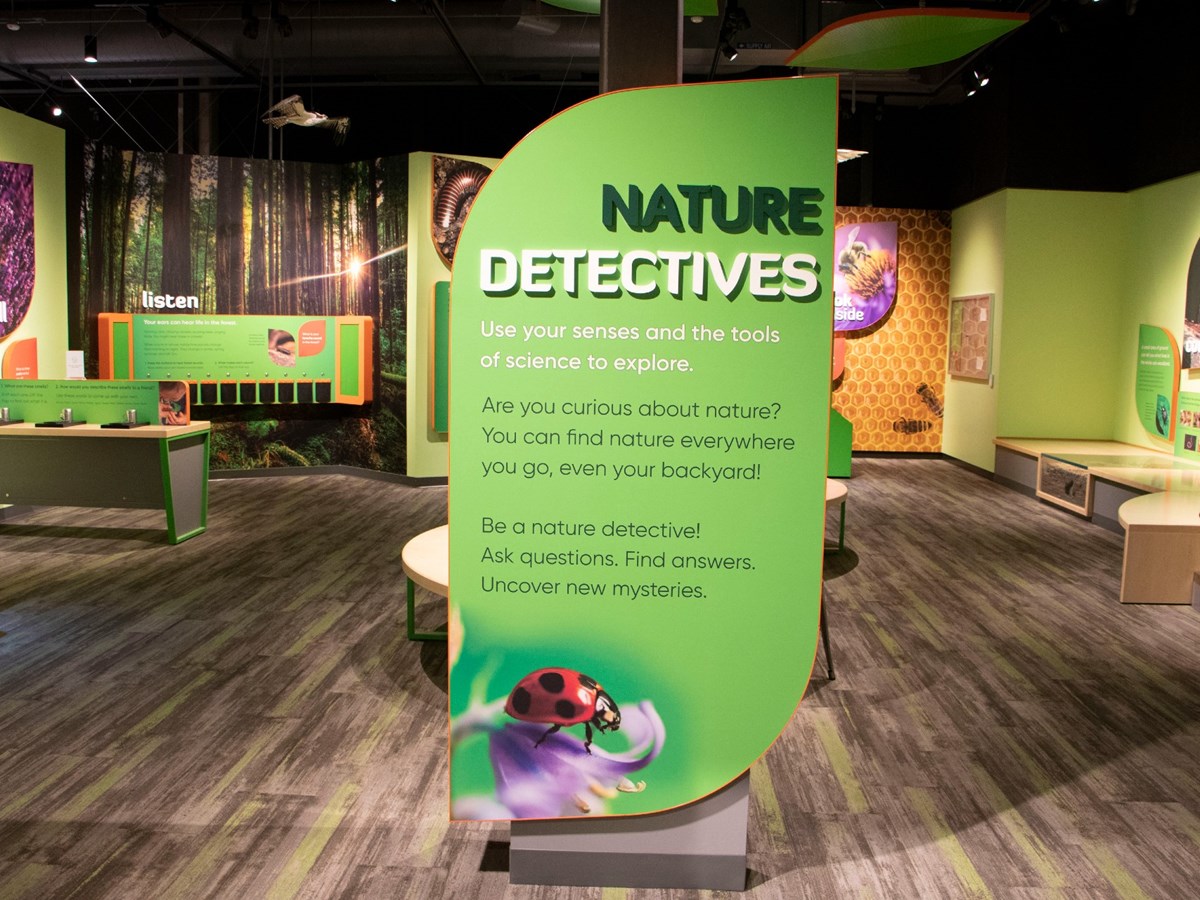 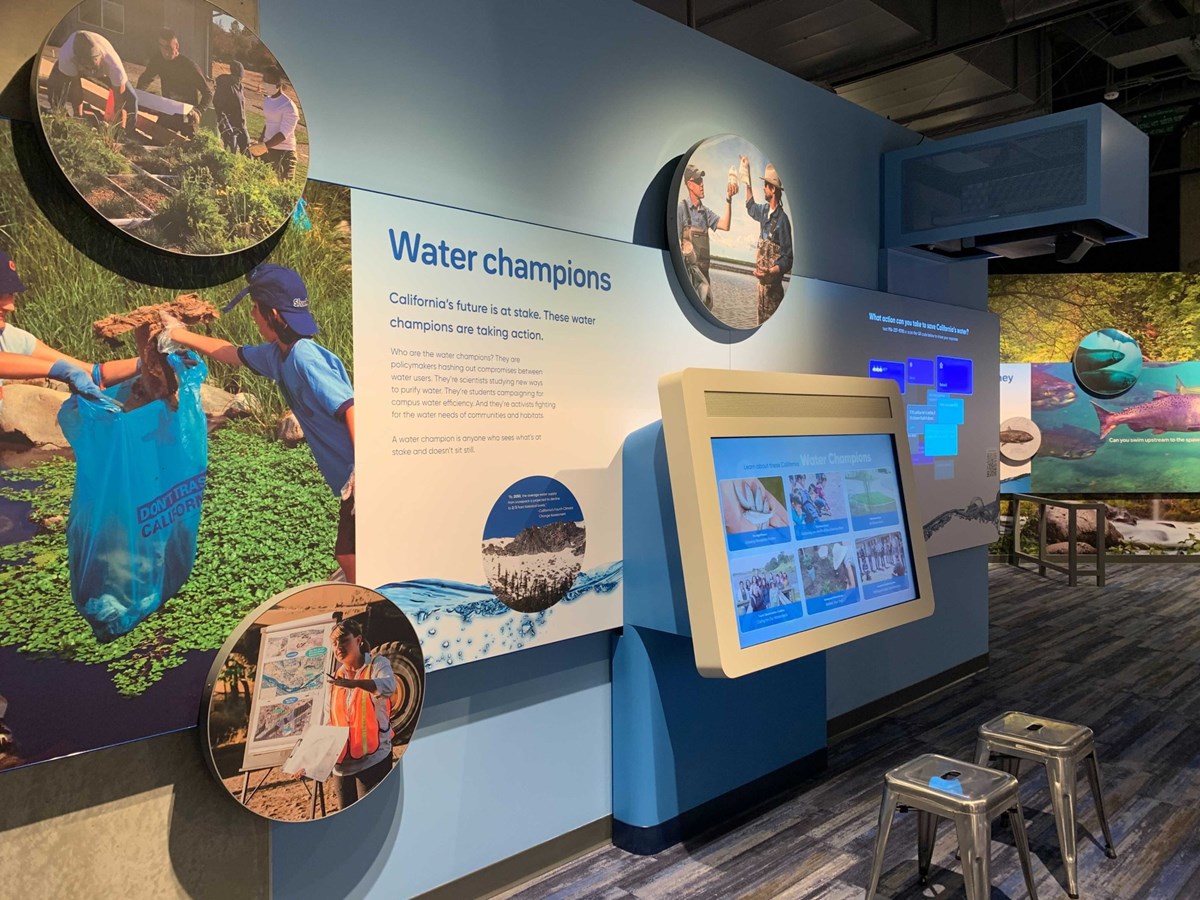 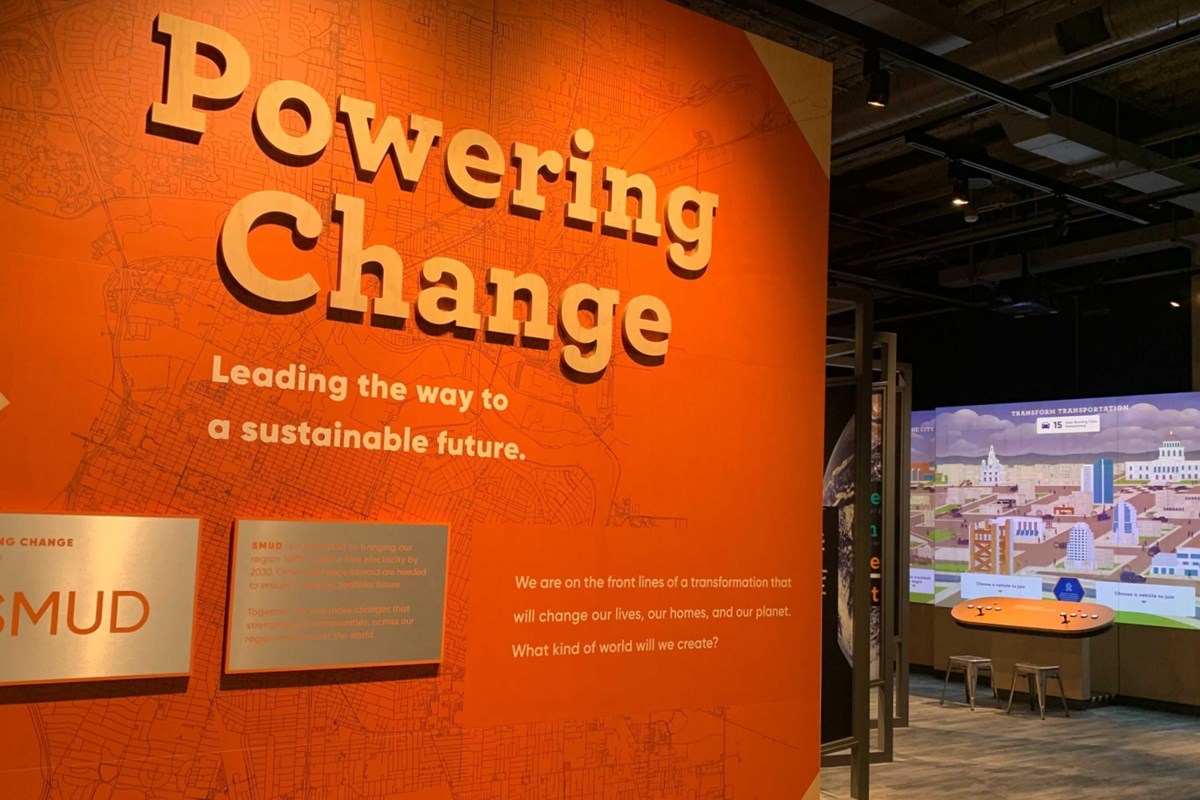 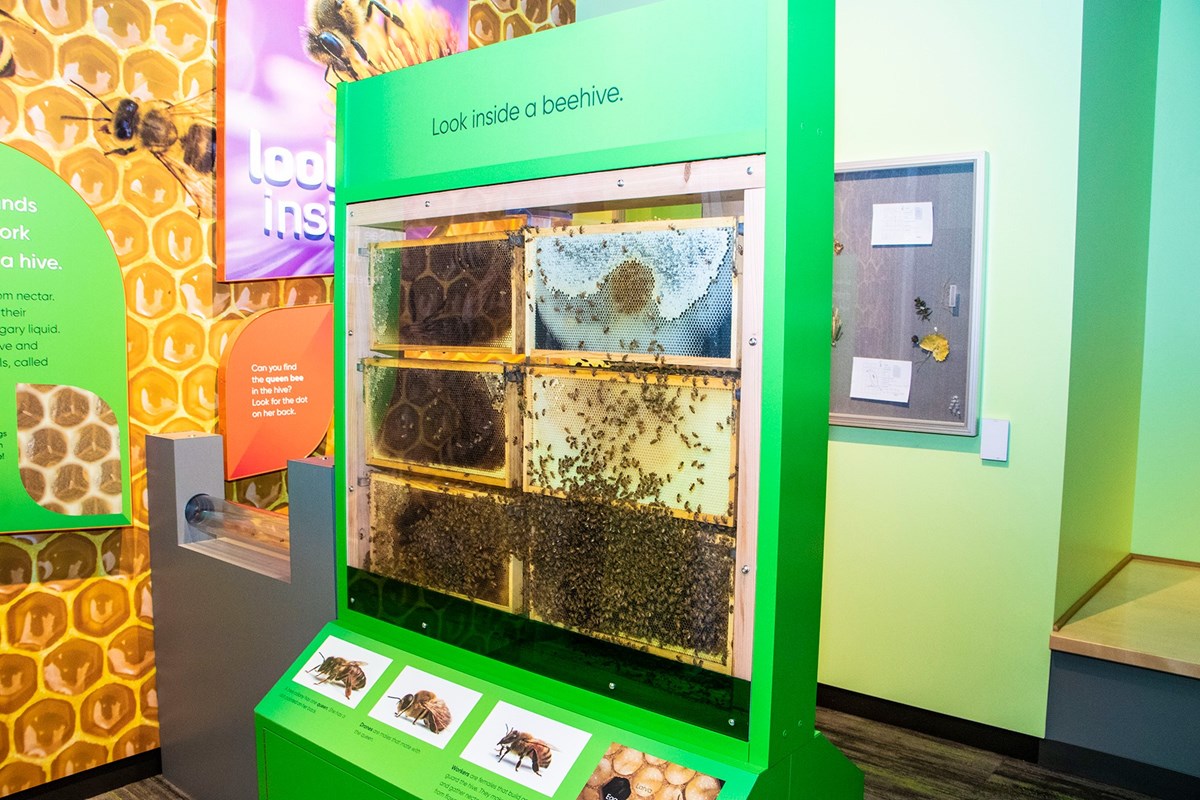 Tia Gemmell / Riverview Media
Within the museum, visitors can find displays that explore the impacts of climate change — like drought and warming temperatures — alongside solutions for tackling them on a local level.

As they’re guided through these exhibits, visitors are also given suggestions for how they might get involved with making change on a local level, like a booth that allows visitors to sign up to volunteer with environmental groups active in the Sacramento region.

Wong said that these displays were part of what developers envisioned for the museum, which aimed to address issues specific to the Sacramento region and California as a whole.

“We didn’t want it to be just another science center with the same kind of content that you usually see,” Wong said. “We wanted it to be relevant to our region, and to our economy, and to our state.”

Rob Kerth, a member of SMUD’s board of directors, said that it makes sense to start looking at science through the lens of these issues. After all, conversations around climate change have only become more urgent and widespread since MOSAC’s conception: Local activists have demanded more attention to climate change on a municipal level, spurring a declaration of climate emergency from the city in 2019. Last year, SMUD committed to becoming carbon free by 2030. So it makes sense, Kerth said, to make sure that these exhibitions are practical.

“Climate change is one of the defining issues of our era and we’ve got to get it right,” Kerth said. “It seemed like a natural fit for it to be right here for the kids. They’re all thinking about it, they care deeply about it [and] they’re the ones that are going to bear the brunt of us failing, and so we want to get them on board right at the beginning.”

Tickets for the museum range from $12 to $15 and due to COVID-19 reservations are currently required. You can find more information about visiting on the museum’s website.