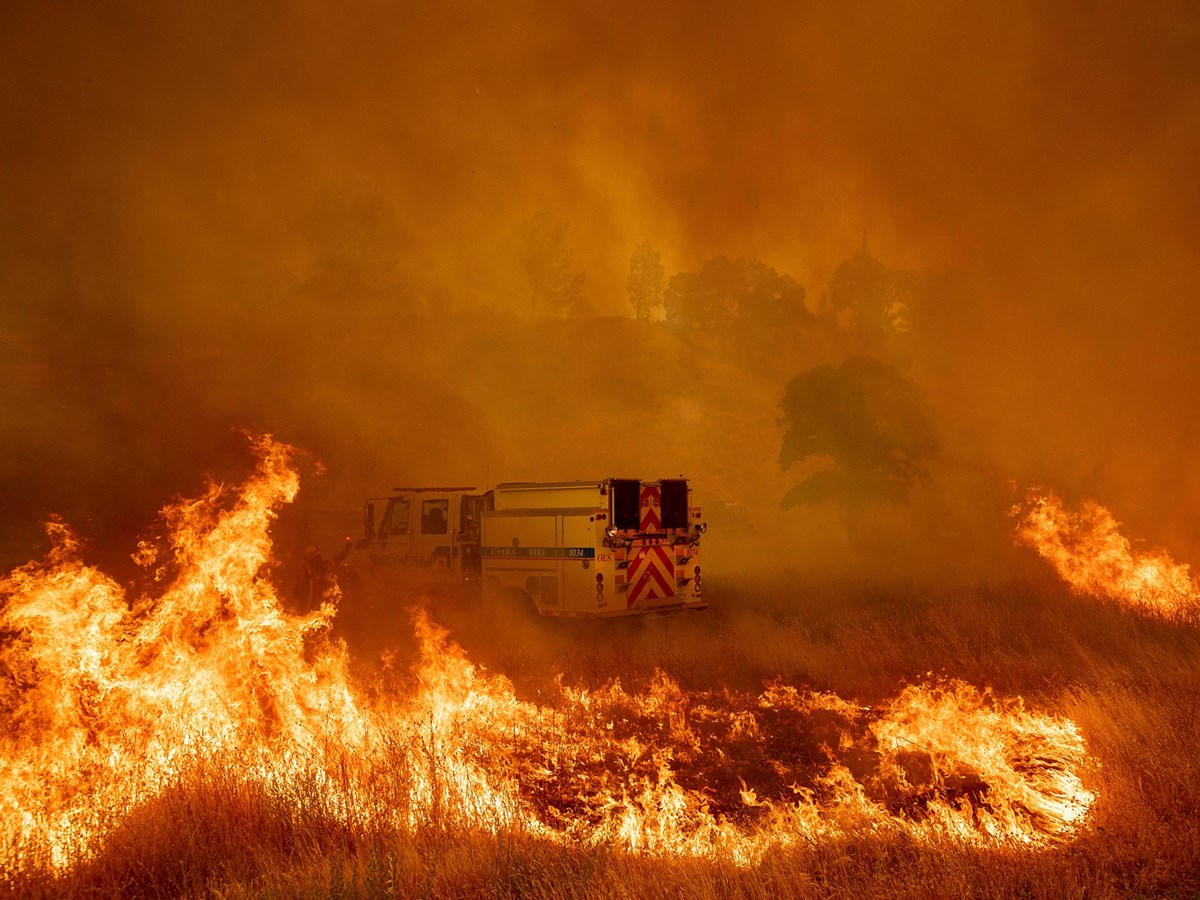 Firefighters scramble to stop the Pawnee fire as it spots across Highway 20 near Clearlake Oaks, Calif., on Sunday, July 1, 2018.

Sherry Treppa thinks back on the Mendocino Complex fire in 2018 as a devastating call to action for her community.

The chairperson of the Habematolel Pomo of Upper Lake tribe describes how the flames “came right down on the reservation boundaries and nearly wiped out the whole town, and a lot of our tribal members’ homes.”

The fire, the third-largest in California history, was kept at bay by firefighters. But one house burned, and Treppa remembers evacuating tribal members, a defensive action that she said isn’t something the tribe can afford for every future threat. Stronger action to weaken the impact of future fires, she said, must happen now.

“The more we wait, the more risk we have,” Treppa said. “Every year, we just kind of hold our breath.”

In Northern California, Lake County has seen devastating impacts from recent fires. County officials estimate that 60% of its land has burned since 2015.

Other communities hit by wildfires in California have looked for ways to boost their prevention efforts. Some have responded by creating teams specifically tasked with clearing out the excess of flammable growth in a forest, like grass and brush, that feeds these massive blazes.

These teams, sometimes called “fuels crews,” are often staffed by firefighters and other workers, who clear forest fuels by hand or through other methods like prescribed burning.

But assembling a fuels crew is an expensive task for districts. And as firefighters are frequently called to combat active blazes during seasons of fire, they are difficult to staff.

For Lake County, an area with an older population that is also among one of the poorest in the state, getting a fuels crew off the ground has been particularly challenging despite the desperate need.

“We don't have high wages,” said Mike Ciancio, the Northshore Fire Protection District’s chief. His agency’s coverage area includes Lake County. “It's hard for us to get people to come up here to the rural counties to work.”

In his district, he knew it would take at least a year to apply for grants and get funding for a fuels crew. But with next year’s fire season a looming threat, he didn’t want to wait.

So, Ciancio reached out to Treppa. The two have since created a plan for the Habematolel Pomo of Upper Lake tribe to fund the fuels crew’s first year of operation. In total, it will be contributing $662,000.

As a whole, California has struggled to ramp up its wildfire mitigation efforts. Its goal is doing 500,000 acres of fire prevention work per year by 2025. New efforts from state officials, like Gov. Gavin Newsom’s $1 billion commitment to wildfire prevention and the creation of a new state workforce to handle its mitigation, aim to expedite the process. 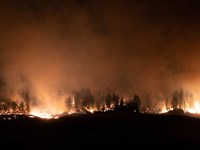 The state can’t accomplish this alone. Local fire districts, like Ciancio’s, and recipients of fire prevention grants are expected to play a bigger part in bringing this goal to fruition.

Districts that have launched fuels crews or similar efforts have faced their fair share of challenges, varying from securing funds to recruiting enough people to do the work. But Treppa said that regardless of potential challenges, it needs to happen as soon as possible.

“[It’s] worth what I’m hoping we will see, to prevent further destruction and impacts to our community,” Treppa said.

Ciancio looked to the North Lake Tahoe Fire Protection District for inspiration when creating plans for a fuels crew.

In Tahoe, fuel treatment has been a part of the district’s approach to wildfire mitigation as far back as the ’90s. This is unusual, given that many districts at the time were still approaching wildfire mitigation through the lens of fire suppression, which can increase fuel loads in forests because fires are not clearing out brush and growth. 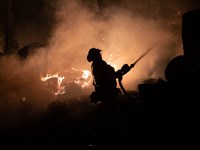 Wildfire torched the Sierra all summer, evading containment. Here’s how Tahoe protected itself

Isaac Powning, district chief for the North Lake Tahoe Fire Protection District, said that their approach to wildfire mitigation has now become a model for other districts. He’s seen increasing waves of interest in their program in recent years as districts throughout California seek more successful methods for reducing fuels.

“Some of it's reactive — they just got their butts handed to them by fires, and now they want to try to prepare if they can or minimize that from happening again,” he said.

Powning says it was a “close call” this year with the Caldor Fire, which “opened up lots of eyes, especially in the Lake Tahoe basin.”

But there are familiar challenges, according to Powning. Many districts run into issues when securing funding and don’t always have the capacity to seek out dollars. In his district’s experience, Powning said that these efforts don’t materialize immediately and take years to build up.

“The challenge is funding, especially for a fire district,” Powning said. “They’re funded by the taxpayer, they’re funded to put out fires — there’s not necessarily funding for hazardous fuels treatment.”

Marshall Turbeville, chief of the Northern Sonoma Fire Protection District, said that his district began seeking funding to build a fuels crew after historic fires burned through their region in 2017. The crew has survived off of grants, as well as a variety of other sources of revenue, like fuels treatment work paid for by specific municipalities and government agencies.

Sources of funding for the crew are also constantly changing. Turbeville said it would take at least half-a-million dollars to make it a permanent fixture in the district.

“We don't have any long-term secured funding from property taxes or any other type of revenue, so it's all donations,” Turbeville said.

Originally, he expected to hire firefighters, assuming that they could work on the fuels crew during the winter and combat blazes during the summer. But with an expanding fire season, that hasn’t been possible.

“Now, it’s more than seasonal,” Turbeville said. “[Firefighters are] working up to nine months a year.”

He’s since focused on hiring employees who won’t be pulled away from their fuels treatment work. Often, that means college students or people who are looking for temporary work before moving on to something else.

“It’s rare to have an employee over 30,” Turbeville said. “This is all young people doing the work.”

Turbeville said that his district is constantly seeking applicants for their fuels crew, and turnover rates among employees tends to be high. He attributes some of this to the physically demanding nature of the work, which often requires long hours on hot days operating heavy equipment like chainsaws.

“I try to let the employees know why their work is so important, so they have buy-in, because it's miserable work unless you understand what you’re doing,” he said. “You're not going to see the difference today, but in two years when fire burns through this area, what you did today is going to save that house or help us save these lives.”

In the Northshore Fire Protection District, Ciancio said he plans to hire and train a fuels crew team in coming months with a goal for boots-on-the-ground work by May.

Right now, he is tasked with hiring people onto the crew. Members will be eligible to advance in other programs within the district’s fire department, which offers training for positions including paramedics and firefighters. He hopes that will be an incentive for applicants.

And, Ciancio added, he’s grateful for the financial boost offered by the Habematolel Pomo Tribe of Upper Lake. The district got lucky; without the tribe’s contribution, he would be facing the same financial issues that prevent other districts from moving forward.

“That shows a lot of faith in the division, and now I have to come through with that,” Ciancio said. “And I will, but it just makes it really real. I’m so thankful.”