A Black family says California took their land decades ago. Now, a state reparations task force is exploring the issue.

Jonathan Burgess in Coloma Calif., near where Gold was discovered along the South Fork of the American River.

On a quiet, tree-lined road off Highway 49 in the Gold Rush town of Coloma sits a small, dilapidated white church. For some, it might go unnoticed. But for Jonathan Burgess, he says the humble wooden church represents his family’s legacy.

Burgess says his great-great grandfather first came to California from New Orleans in 1849, initially brought as a slave to mine for gold. But he says he eventually was able to purchase his freedom, send for other family members and buy some acres of land to farm, as well as the church. Burgess has copies of newspaper clippings that refer to it as the first African American Methodist church in Coloma.

Today, he and his family claim that the church, along with a portion of land that is now within the Marshall Gold Discovery State Historic Park, once belonged to them — and was unfairly taken away by the state. Newspaper clippings confirm this turnover of the land in 1947.

As a kid, he remembers visiting. “An older uncle, that was my grandfather’s uncle who could no longer talk, he would just point and cry,” Burgess said. “Now as an adult, piecing this history together, I get why he was crying: all the land that our family once owned.” 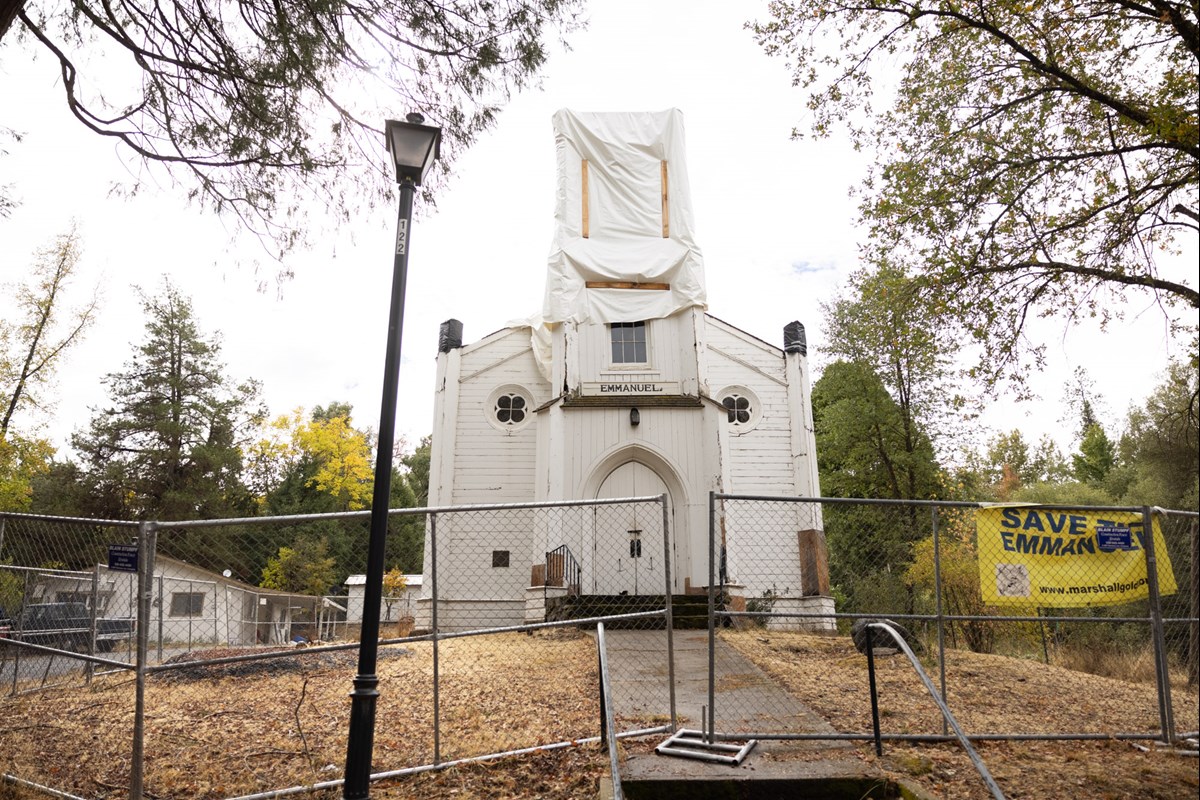 The state and lawmakers have yet to address the Burgess family claims, so they remain disputed. But California is trying to confront its racist history, in particular policies that have discriminated against African Americans and Black residents. A law passed in 2020 created a state reparations committee, which has convened to study and determine how the state might make amends.

Part of the reparations discussion has centered on the subject of returning land that was taken from Black and African American residents. It’s an issue making headlines this year: In Los Angeles, the state returned a stretch of coastline property called Bruce’s Beach this summer to the original African American family that owned the property, after it was taken decades ago via eminent domain and the family was pushed out of the community.

Burgess didn’t fully become interested in looking into his family’s history in Coloma until 2018, when a group reached out to him regarding the restoration of the African American church.

He said this prompted him to start researching more into his family’s history, where he then found his grandfather’s name on the deed for the church in 1877.

“The people that live here today had nothing to do with the wrongs that were done,” Burgess said, referencing the homes near his family’s former church and orchards. “So the last thing that I would say is uprooting them out of their homes regardless of whose land it is.

“But in the instances where the state owns the land ... those lands should be returned to the rightful owners.”

‘Some kind of racist formula’

Eminent domain is one of the primary ways states, counties and cities in California are able to take land from private owners. Governments often seized land saying it was needed for the creation of highways, roads or public parks. The government would pay families for the land.

But Jovan Scott Lewis, a professor of geography at UC Berkeley and member of the state’s reparations task force, said that the land transactions were often unfairly skewed to benefit governments.

“Historically, when we return to the question of African American communities, there was always the possibility and, in fact, the actual occurrence of some kind of racist formula being used to undervalue the land that African-Americans held when eminent domain was being exercised,” Lewis said.

He says this was central to the creation of California, especially in the post-war decades of the 1940s and 1950s.

“Within the state itself, you still have a need to develop in largely already-populated places,” Lewis said. “And so the only way that you can do that is through the removal of people — of communities, of landholders — who, to put it bluntly, are in the way.” 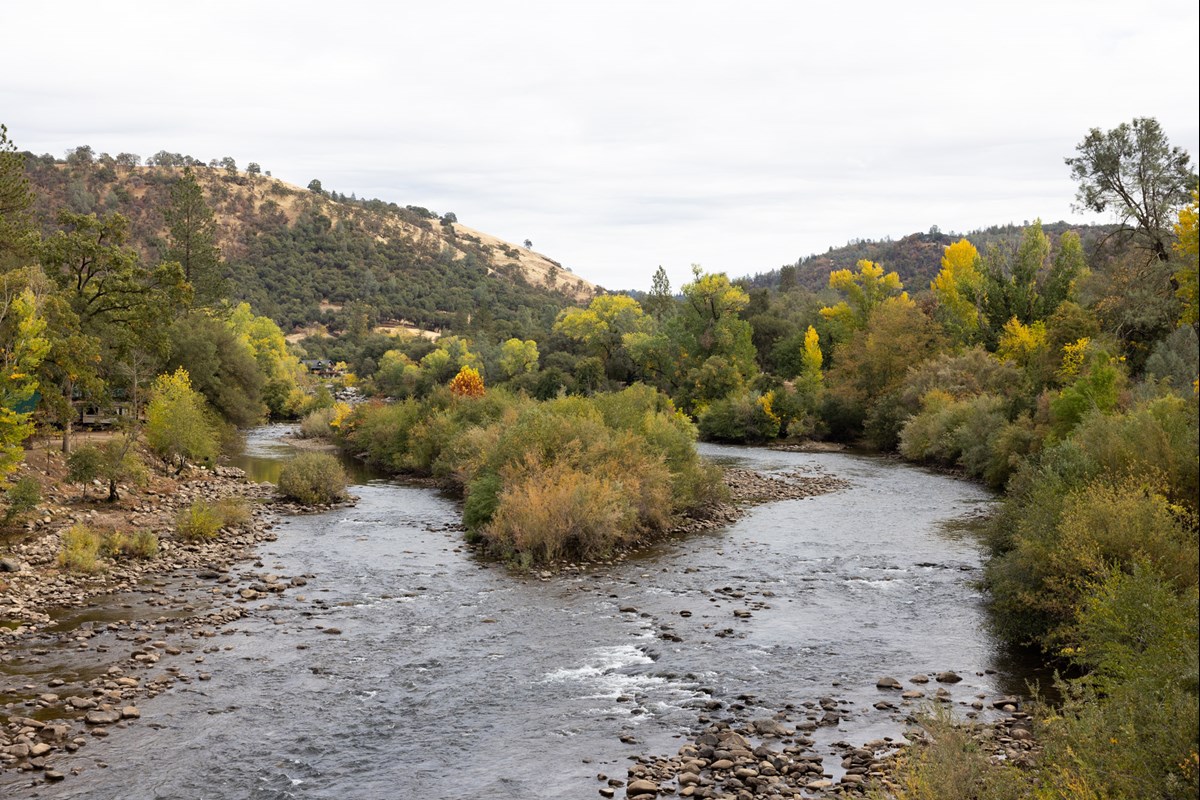 Jonathan Burgess says his family once owned property in Coloma, Calif. and that the state seized it under eminent domain decades ago.Andrew Nixon / CapRadio

For families like the Burgess family in Coloma, it’s about more than just their claims of lost land, Lewis added.

“The impact is the disposition of capital. It is the interruption of intergenerational wealth” because land value tends to increase over the years and decades, Lewis said. “What you have is also an interruption to the stability of community development.”

‘Forced to run into poverty’

Kavon Ward founded Justice for Bruce’s Beach and co-founded Where Is My Land, an organization working to help African American families reclaim property taken from them. Her organization was also integral in advocating for the return of Bruce’s Beach in Manhattan Beach to the Bruce family.

“You have folks in this country telling Black people to pull themselves up by their bootstraps. And when they do, the boots are taken, the laces are taken, the socks are taken. And Black people are forced to run into poverty because their opportunity depends on generational wealth,” Ward said. 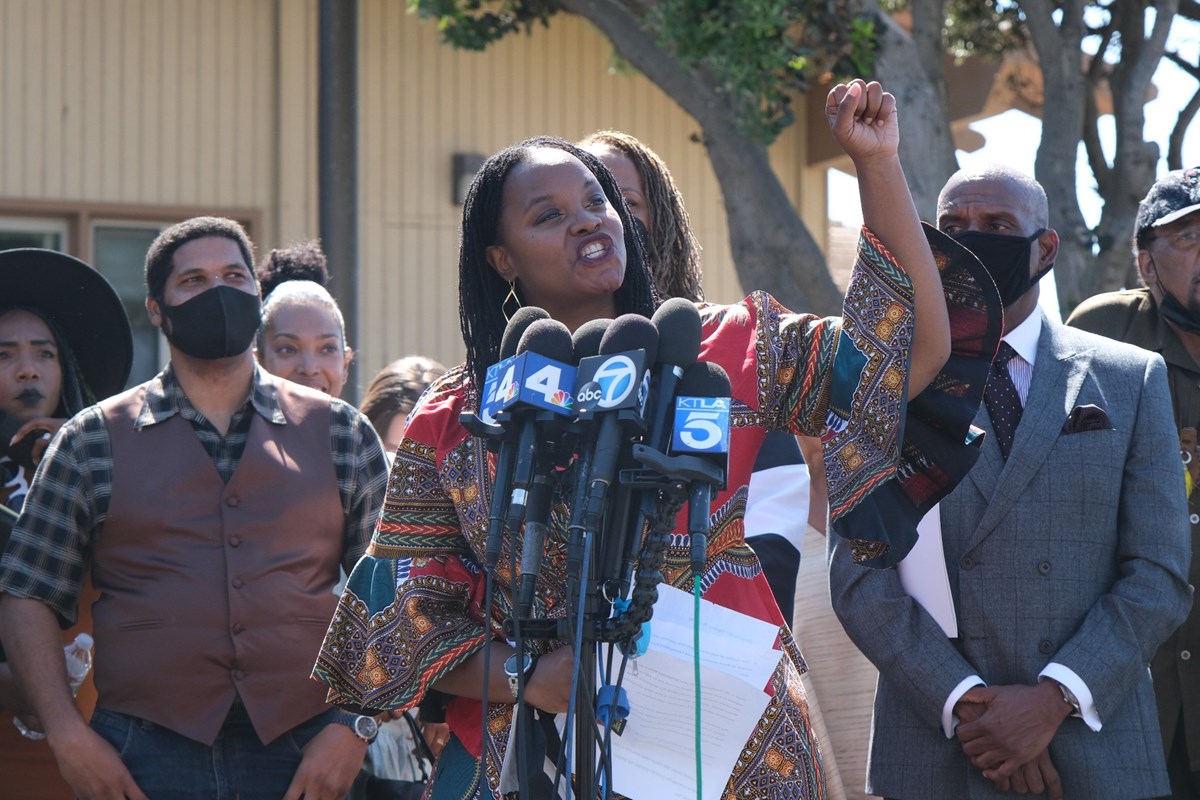 Ward formed her organization in 2020 after George Floyd’s death. She was involved in a number of demonstrations calling for justice and an end to police brutality. And it was around this time that she learned about the history of Bruce’s Beach. She created a petition to have the land returned to the family, and to her surprise it picked up steam. Eventually, it became a catalyst for a state law, and the land was returned last month.

She’s proud, but she does not expect the same path for other families.

Since, her organization has taken on investigating five other cases across the state. She said she’s hopeful for the Burgess family.

Some experts say returning land is nowhere near enough to be called reparations.

William Darity, a public policy and African American studies professor at Duke University, is one of the nation’s foremost experts on reparations. He said that the United States will have to extend beyond land — and beyond California.

Finding exact documentation and quantification of what the United States government has taken from African Americans can be difficult, Darity says, so reparations in the form of closing the racial wealth gap is the most effective step forward.

“If we want to find an indicator that tells us something about what has happened with respect to the economic status of Black Americans, the wealth gap is probably the most useful indicator of the cumulative intergenerational effects of American white supremacy,” Darity said.

He suggested a national policy that would give about $350,000 in a lump sum to “each African American who is eligible” who can show harm from government policy. This would be to account for loss of income as a result of discrimination, unfair housing policies and land and property stolen. He acknowledges, however, that getting the United States government to make this wholesale change — which would be the only path toward true reparations, he argues — might “not happen in his lifetime.”

“A lot of people remain convinced that the reason we have this racial wealth gap is the fault of Black people themselves,” Darity said, adding that a national reparations program would require a shift in the way Americans think about economic justice.

‘We're not asking for something for nothing’

Burgess says he will continue to spread the message about his great-great grandfather’s land, in the hopes that he can influence policy at the county or state level and trigger its return. He also hopes to rebuild the African American church.

“We're not asking for something for nothing. Our family, to be here in 1849, 1850, had established so much,” Burgess said. He said when he thinks about how much his family has lost since then, “It's hurtful.” 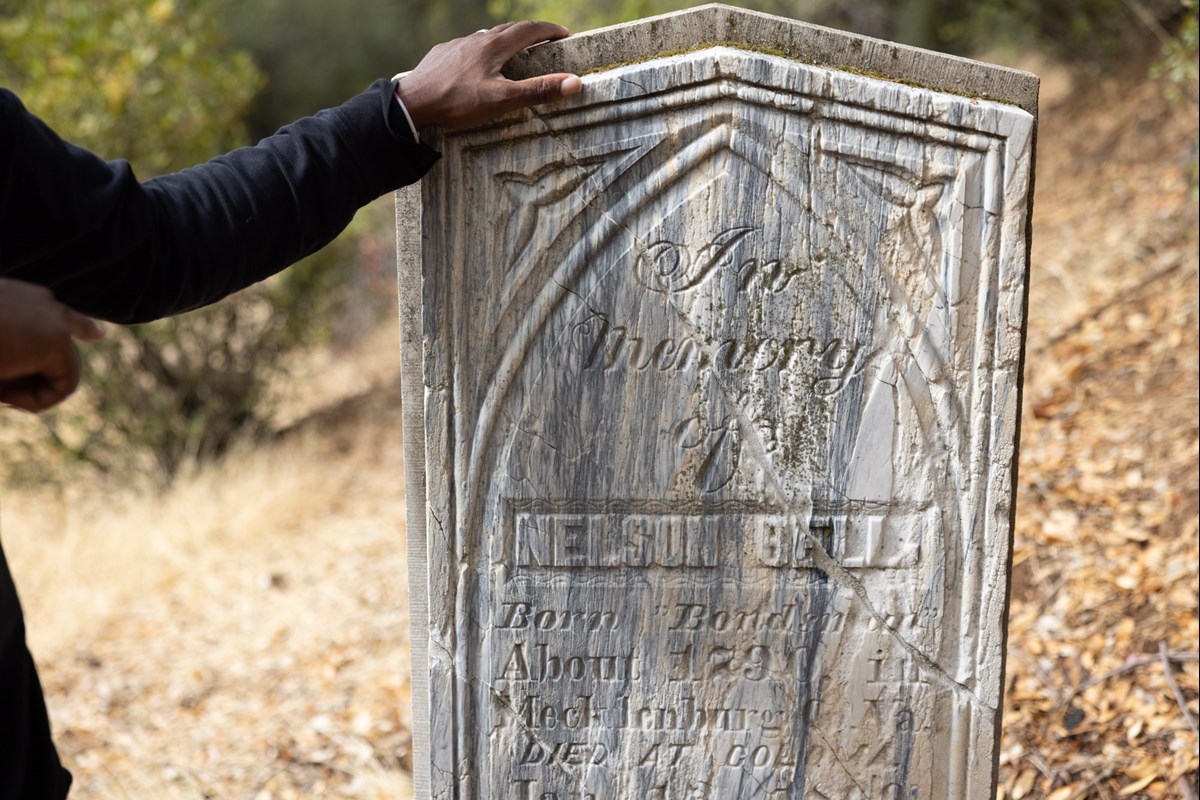 Jonathan Burgess says his great great grandfather, Rufus Burgess, was buried under a slave name in a cemetery in Coloma Calif.Andrew Nixon / CapRadio

In the case of Bruce’s Beach in Los Angeles, the Bruce family was able to demonstrate legal ownership of the land. But there were restrictions on it that prevented return of ownership without a new state law.

This past September, Gov. Gavin Newsom signed Senate Bill 796, which allowed for the state to give land back to the Bruce family.

The Burgess family hopes that through advocacy about their family’s history in Coloma, they can show their ownership of land in Coloma and encourage lawmakers to push for similar action.

So far, the family has contacted a law firm to help them gather documentation for their case, and testified in front of the state’s Reparations Committee. Over the next two years, that group will put forward a report suggesting ways in which the state might take reparative action.