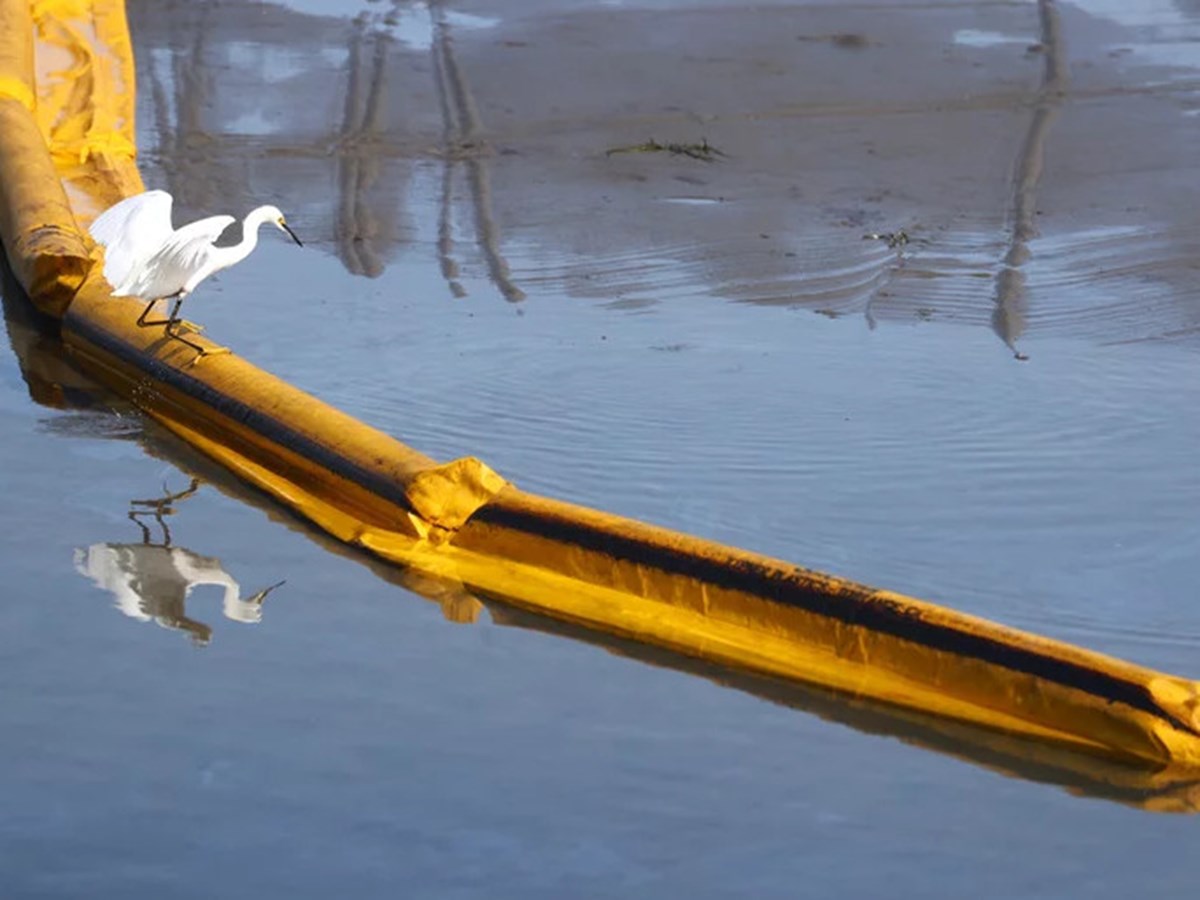 A bird balances on a temporary floating barrier used to contain oil that seeped into Talbert Marsh, home to about 90 bird species, after a 126,000-gallon oil spill off the coast of Huntington Beach, Calif., over the weekend.

Emergency officials are still trying to contain a major oil spill off the coast of Southern California that dumped more than 120,000 gallons of crude oil into the Pacific Ocean, some of which has washed ashore.

But even as the response effort continues, experts say the long-term impacts to the environment — particularly on birds and marine life — could be significant even if they didn't get saturated by the weekend oil slick.

"They might not look visibly oiled, but the exposure that they get subtly through their diet or because of physical contact later on might affect their physiology, their health and translate into a lower reproductive success and therefore lower chances of the population to persist," Andrea Bonisoli Alquati, a professor of biological sciences at Cal Poly Pomona, told NPR.

Bonisoli Alquati studied the effects of the 2010 Deepwater Horizon oil spill on marine and terrestrial wildlife along the Gulf Coast and found that the repercussions are still present today.

"Some populations might recover fast. Some other populations take years and years," he said. "Sometimes the focus, of course, of the press and the public has already shifted away, but the consequences are still happening." 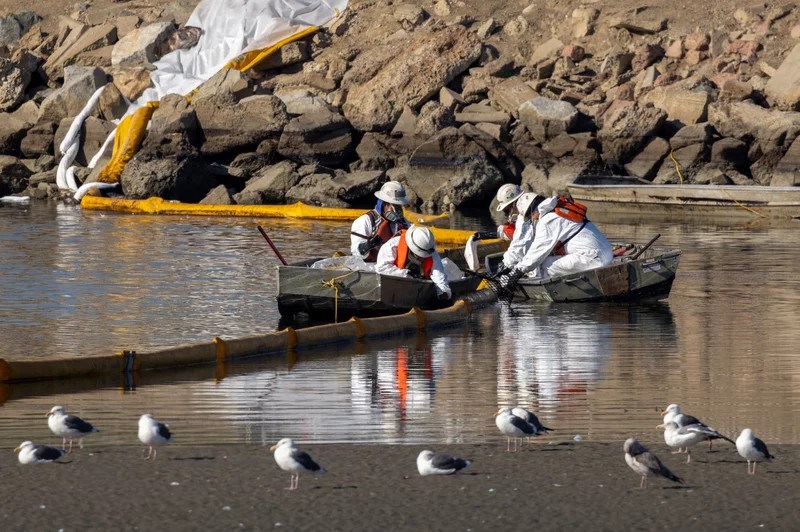 Workers in boats try to clean up the oil floating near gulls in the Talbert Marsh as a 3,000-barrel oil spill, about 126,000 gallons, reaches the shore and sensitive wildlife habitats in Newport Beach, Calif., on Sunday. David McNew /AFP via Getty Images

The ecological effects are already being felt in Southern California.

Orange County Supervisor Katrina Foley tweeted on Sunday that officials were starting to find dead birds and fish washing up on the shore. The director of the California Department of Fish and Wildlife closed fisheries in coastal areas affected by the spill.

As of Sunday, the Oiled Wildlife Care Network reported that it had recovered three living birds impacted by the oil spill — a brown pelican, a ruddy duck and an American coot.

But many more could be at risk. The Huntington Beach Wetlands Conservancy says Talbert Marsh, which is in the zone of the oil spill, is home to about 90 different bird species.

"A spill of this magnitude is a disaster whenever it occurs, but this one occurred in an especially sensitive area at critical time, as many bird species head south for the winter," Sarah Rose, executive director of Audubon California, said in a statement.

"This spill — in virtually the same spot as a devastating 1990 spill — is a reminder that petroleum and water are a dangerous mix along California's precious coast and that continued reliance on oil kills birds and other wildlife, threatens our public health, and harms local economies and recreational opportunities," she added. 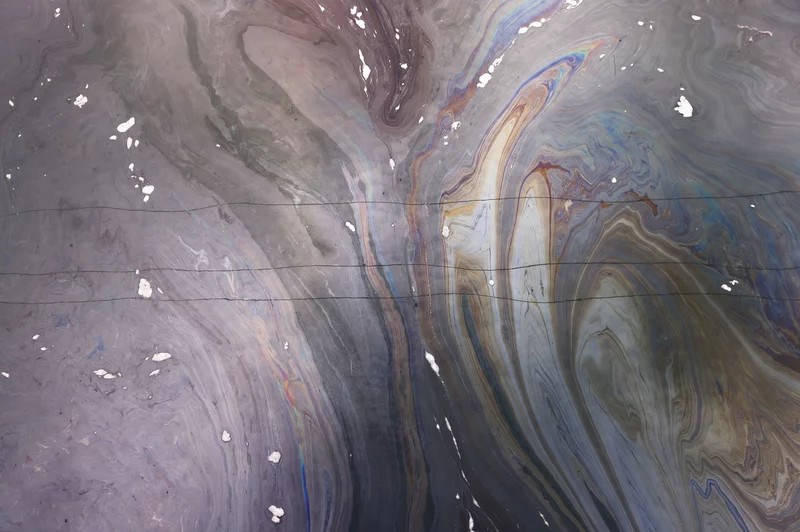 Water is contaminated with oil in the Talbert Marsh in Huntington Beach, Calif.Mario Tama/Getty Images

The oil spill has renewed calls among environmental advocates and others for the United States to stop using fossil fuels and instead switch to renewable energy sources that are safer.

"Even after fines and criminal charges, the oil industry is still spilling and leaking into California's coastal waters," Miyoko Sakashita with the Center for Biological Diversity said in a tweet. "The only solution is to shut this dirty business down."

Martyn Willsher, president and CEO of Amplify Energy, said the oil rig operated by his company that spilled crude oil over the weekend was constructed in the 1970s and '80s and is inspected regularly. He added that the company intends to take part in the recovery effort until it's completed.