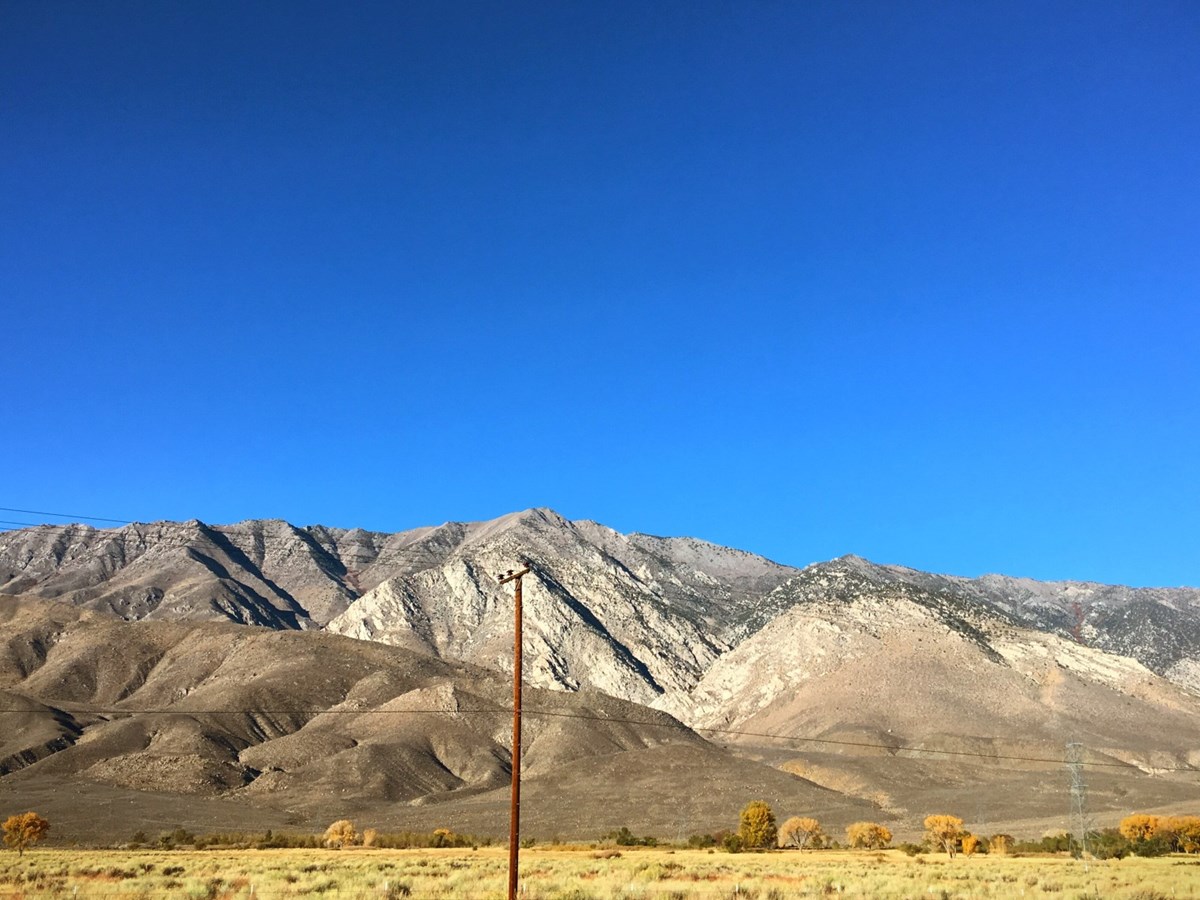 A photo of the Sierra Nevada mountain range. L’eaux Stewart, who is chair of the Big Pine Paiute Tribe of the Owens Valley, has lived in close proximity to these landscapes her entire life.

The weekend of the Mule Days parade in Bishop used to be hot. Sweltering hot.

Hot enough that L’eaux Stewart’s childhood memories of the May festival are a mixture of celebrations and heat advisories in 100-plus degree weather. It was to the point that she recalls area hospitals often expected an influx of tourists-turned-patients suffering from heat exhaustion in the scorching temperatures.

But around her first year of high school, Stewart — now 33 — noticed a change.

At that year’s parade, onlookers lining the town’s main street found themselves avoiding the shade. They were, to their surprise, getting cold. Temperatures were in the 80s that weekend.

Stewart, who is chair of the Big Pine Paiute Tribe of the Owens Valley, said that she now recognizes this phenomenon as a part of a trend in the area’s changing climate.

“That was all anybody could talk about, like, wow, it’s cold this year,” she said. “And every single year after that, it seemed like it was cold again.”

All throughout California, communities have weathered the impacts of a changing climate from rising ocean waters to intense wildfire seasons. In 2009, the state’s Office of Environmental Health Hazard Assessment (OEHHA) published its first report on these indicators, which the department describes as “scientifically-based measurements that track trends in various aspects of climate change.” That can mean tracking anything from glacier changes to extreme heat events.

But reports like these don’t often account for tribes’ experiences with climate change. Stewart said that’s, in part, because of the “extremely academic-based” approach of Western science. It often relies heavily on previous documentation to prove a point — which is a large part of the reason why it has disregarded Indigenous knowledge as a source for so long. 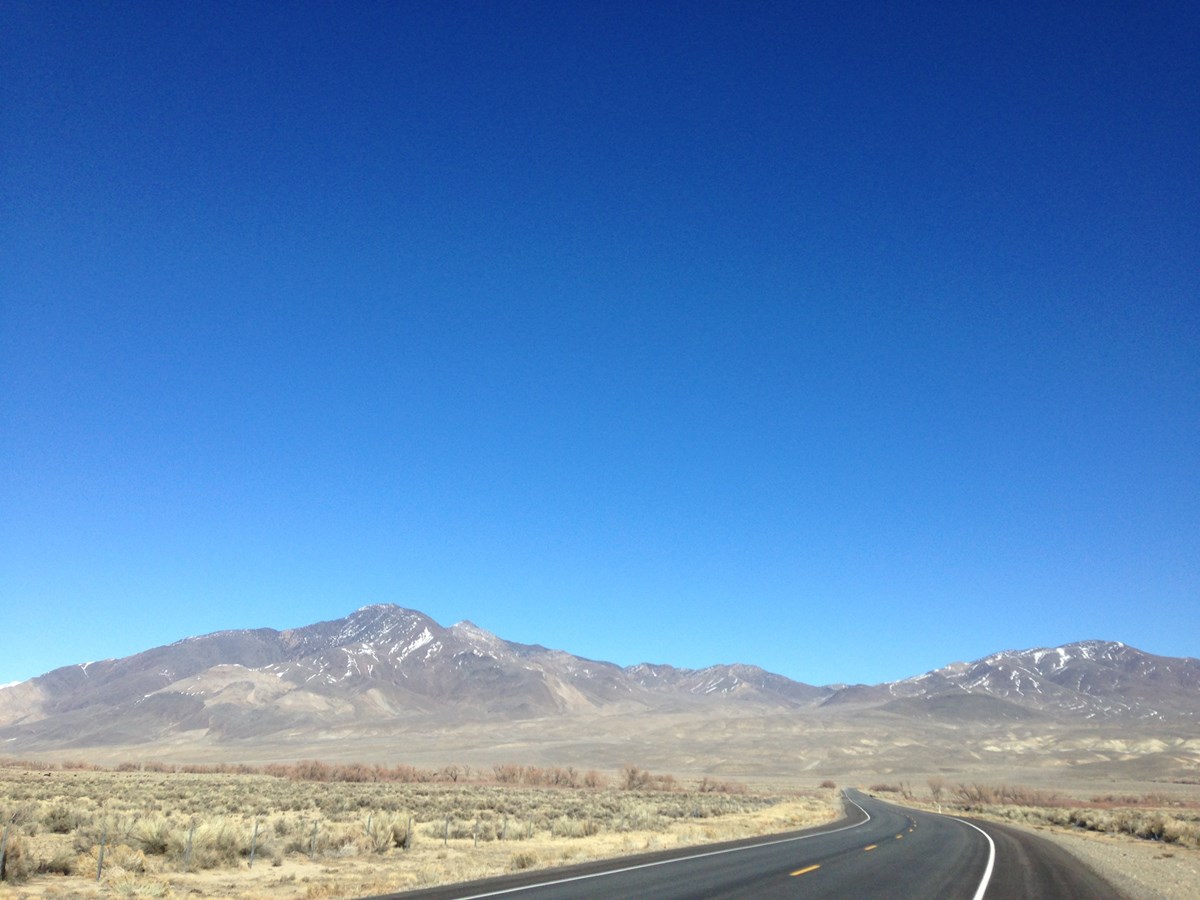 A photo of Westgaard Pass. L’eaux Stewart, who is chair of the Big Pine Paiute Tribe of the Owens Valley, has lived in close proximity to these landscapes her entire life.L’eaux Stewart

Stewart and other tribal members — many with generations of family history in the eastern Sierra Nevada — know from their elders what the land used to look like and, therefore, can track through non-academic evidence how it’s changed. She said they’ve noticed much more than dropping temperatures, like the diminishment of native plants and animals that were once abundant.

“As someone who's lived their entire life in the valley, I really could point out major environmental changes that I had experienced firsthand, but also that family members had told me,” she said.

“The practices themselves are material in terms of gathering acorns and things like that, but they're intangible in terms of how they affect people's identity and sense of belonging,” Gaughen said. “From the state standpoint, I would say that in general, the process has not been to look at those aspects of climate change.”

This year, OEHHA has reached out to about 30 tribes in the state for their report. Of those 30, eight tribes have written their own section entirely, reporting on what they’ve tracked as their own indicators of climate change in their ancestral homelands.

Laurie Monserrat, a senior environmental scientist for OEHHA who has led tribal outreach efforts for this report, said that these perspectives are an integral part of how Californians should be understanding climate change. But much of this work is new. Gathering this information was an entirely new project for the department, which she said had never reached out to tribes for previous reports. That, she said, needed to change.

“The tribes have the deepest knowledge,” Monserrat said. “I don't think that traditional Western science, looking at data from the past hundred years, for example, stands as strong without that perspective.”

The science of ancestral knowledge 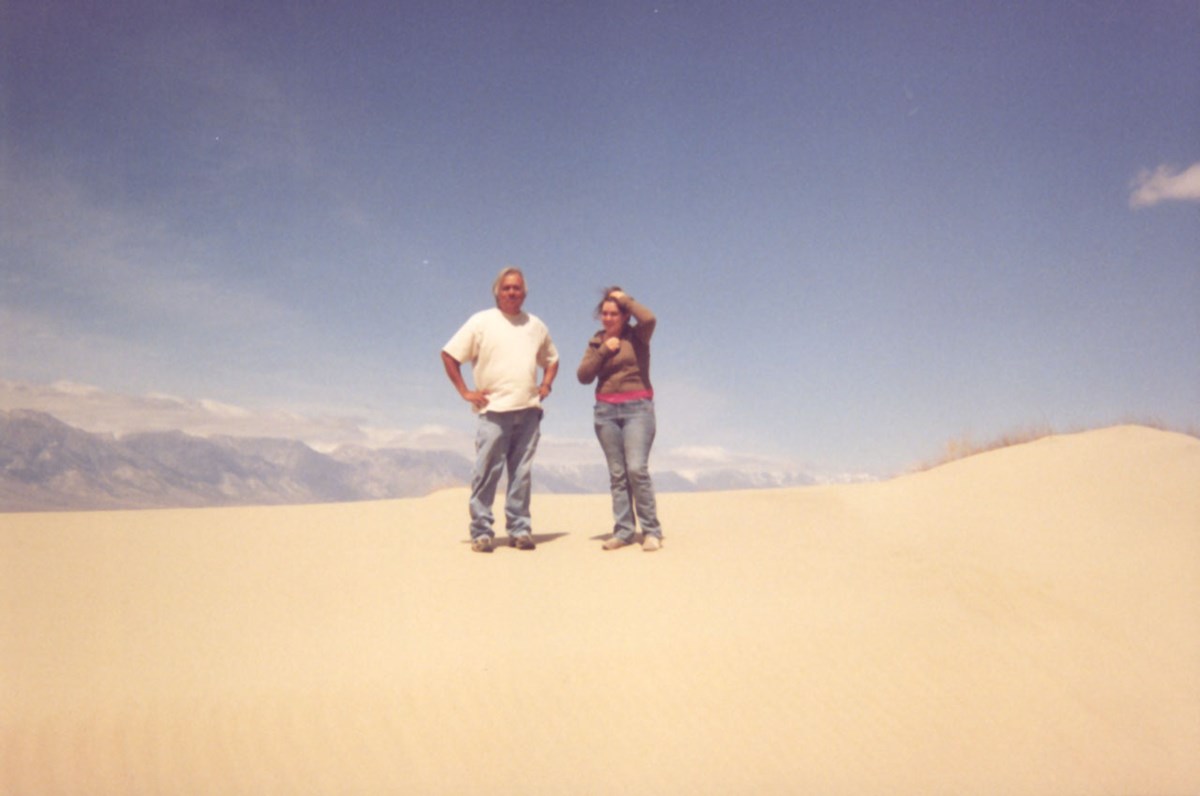 L’eaux Stewart and her father stand in the Keeler Dunes at the Owens Valley Dry Lake in the mid-2000s. The Dunes were created by the exposed lake bed and have been part of the massive dust problem for years. They grow each year due to the drought.Courtesy of L’eaux Stewart

Indigenous knowledge is often passed down through oral tradition — which was the case in Stewart’s experience. Much of her cultural knowledge was cultivated through nature walks and conversation with her father rather than any text. He taught her how to identify grinding stones and arrowheads, how to groom willow patches for basket weaving and how to tell what plants might be growing in any given area.

Through these lessons, she came to know the eastern Sierra Nevada as a whole.

“He would teach the science of it without ever labeling it science,” Stewart said.

Gaughen said that members of the Pala Band of Mission Indians have long discussed the effects of climate change on their resources, talks that gave rise to the tribe’s own initiative to track these impacts. She said that these observations are often brought up without calling them scientific, or naming them as a result of climate change. Part of the work for this report, and for recognizing the value of this information in general, is bridging that gap.

“People are talking about the effects, but they're not necessarily talking about the causes,” Guaghen said. “So what we're hearing in our conversations is, wow, it's really hot, hotter than we've ever experienced before, or this winter is really mild. I don't remember it ever being this warm during the winter.”

She added that much of this information comes from tribal elders who’ve lived in the area their entire lives and can note what has changed since their childhood, or how it compares to the experiences of their own elders. Traditional practitioners within the tribe notice changes as well, some seeing these changes when they’re out harvesting. Those practitioners might report that acorns aren’t developing at the same time as they used to, or note that the plants they once gathered are no longer growing where they used to grow, she explained.

“Noticing those sorts of changes, those are the conversations we’re having with people,” Gaughen said.

Many of the tribes Monserrat has worked with similarly rely on the experiences of tribal members to track climate change indicators. She recalled one instance in an early listening session with a group of Eastern Sierra tribes where a participant noted that a drought was coming. The participant was Gracie Dick, a member and cultural monitor for the Coleville Paiute Tribe, a non-federally recognized tribe also known as the Antelope Valley Indian Community with ancestral lands in northern Mono County.

At the time, Monserrat said that she had heard nothing of an upcoming drought. She asked about any evidence to back this theory up, and Dick responded by pointing to the reduction in oak acorns.

“I didn't think anything of it,” Monserrat said, who had never heard of this as an indicator of drought.

Sure enough, Dick was right. This instance is one of many that Monserrat said informed her approach to this report, teaching her to more deeply appreciate and understand the historical knowledge that tribes bring to conversations about climate change.

“She wasn’t looking at the things that I would look at,” Monserrat said. “We had never considered looking at these indicators, and certainly they’re important.”

Rethinking the language of climate change 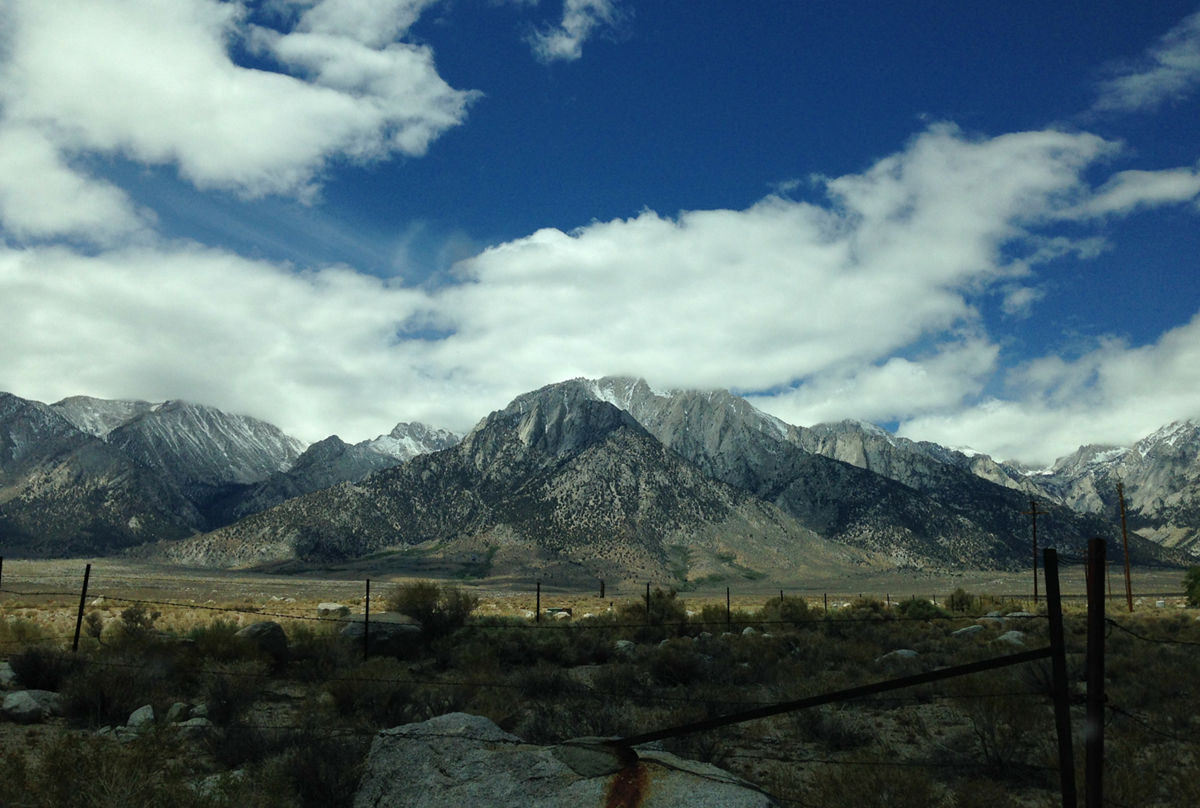 A photo of Mount Whitney, the highest peak along the Sierra Nevada mountain range.Photo by L’eaux Stewart

Throughout the report, you can see evidence of OEHHA’s newfound approach.

Stewart authored the portion on her own tribe’s experience with climate change. In the section she penned, she highlighted the impacts of climate change on her tribe by recounting the story of the Mule Days parade. But alongside that — and before writing about any indicators of climate change at all — she described the history of her tribe’s homelands.

She showcased maps and pictures of the area alongside pieces of her tribe’s creation story, and gave details about their food and traditions. Amid these details, Stewart took the time to retell the history of the golden trout, which she said was passed down to her by her father.

That assumption didn’t change until much later. In the ’40s, aerial photography showed these alpine lakes. Later, when non-Native people visited them, they found the golden trout in their waters.

The story is brief, but it’s one Stewart said she felt compelled to include.

“It was really important to, I guess, essentially document that we, in fact, have had instances of us discussing something that isn’t taken seriously right away, but it later is proven to be true,” Stewart said.

It’s a lesson that people can take with them when reading the rest of her report, she said: Just as settlers shouldn’t have disregarded reports of the golden trout, researchers shouldn’t disregard Indigeous knowledge as a valid source of information, either.

Each report submitted by a tribe, while touching on the same basic topics, presents its information differently. Monserrat said that OEHHA wanted tribes to report their information however they wanted, emphasizing the tribe’s ownership over it.

The full report will be published in December. Monserrat said there’s room for improvement in future reports — after all, many of the relationships OEHHA has with tribes began only recently — but she sees this one as building a precedent.

While OEHHA has reached out to tribes before, that outreach has typically happened when it was required by state tribal consultation laws. Monserrat said that this report, which did not legally require consultation, sets an example for what work with tribes could look like in all the department’s research.

Stewart said that this report is one of the first opportunities she’s had to tell the story of her tribe and its relationship to climate change in her own words.

“For too long, Native Americans have not been allowed to control the narrative of who they are,” she said. “It's exciting for me to realize that I am carrying on a tradition within my own family, but also making sure that the Big Pine Paiute people, the Owens Valley Paiute, are being represented in a way that is respectful, dignified and accurate.

For the Pala Band of Mission Indians, Gaughen said one example of that impact has manifested itself during seasons when some members would typically harvest acorns. In recent years, members have seen a decline of the nuts, making it harder to harvest them for traditional dishes.