Who Is Kevin Paffrath And What Would He Do As Governor? 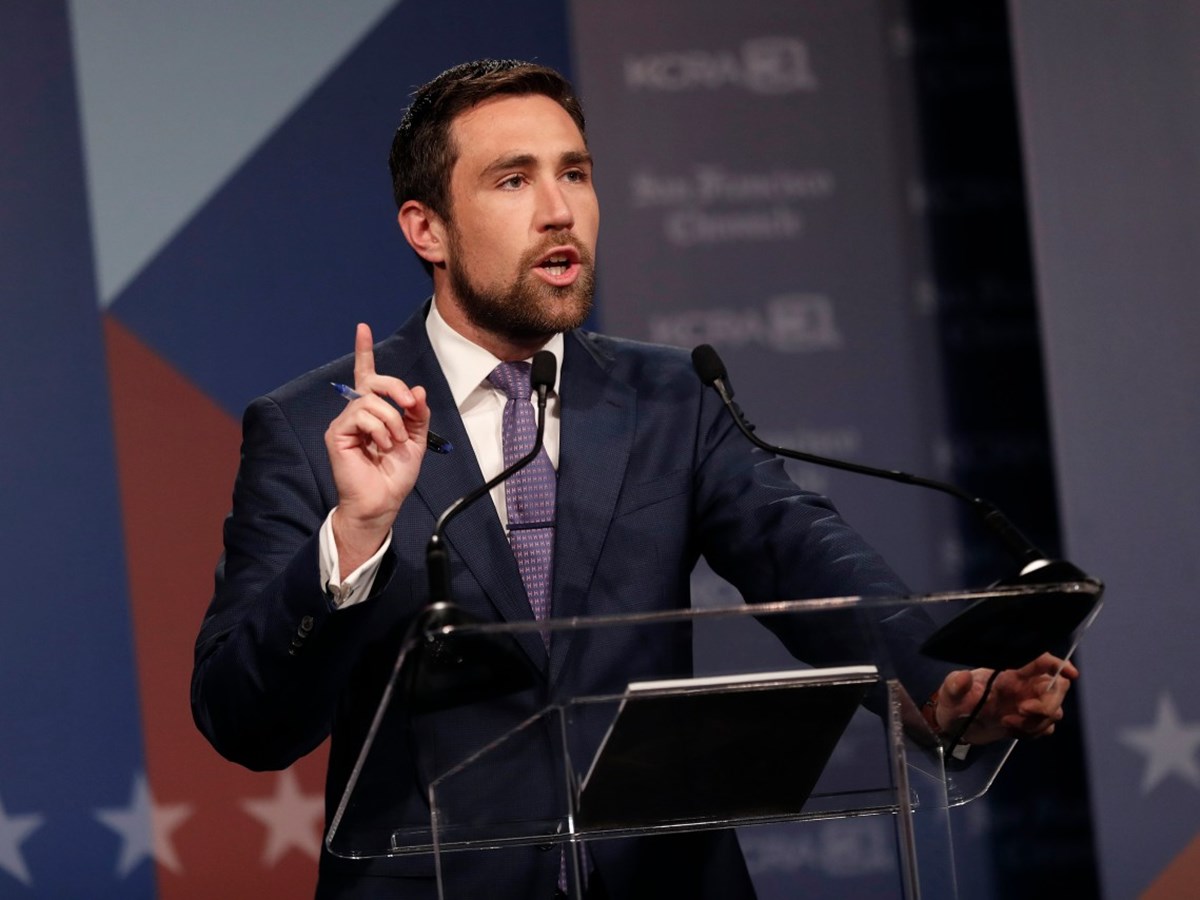 Democrat Kevin Paffrath used his first appearance on a recall debate stage to pitch himself as the best alternative should voters remove California Gov. Gavin Newsom from office.

Kevin Paffrath is running to be California’s next governor in the Sept. 14 recall election, but he doesn’t quite look, or talk, the part.

For his interview with CalMatters reporters and editors, the 29-year-old Zoomed in from the same technicolored studio where he’s made hundreds of YouTube videos, with more than 400 million views, advising his 1.7 million subscribers how to strike it rich in real estate. He speaks of state-reshaping policies that sit far outside typical political promises. He calls himself a “JFK-style Democrat,” but excoriates the sitting governor and party establishment.

Among the 45 active candidates hoping to replace Gov. Gavin Newsom, Paffrath is definitely offering something different.

CalMatters has invited Newsom and his major challengers to sit down and chat. Here are five highlights from our discussion with Paffrath:

‘I’m not a politician’

No one could confuse Paffrath for a run-of-the-mill politician.

Since launching his long-shot campaign, he’s crashed Newsom’s anti-recall campaign events, baited his opponents into debating him with promises of seven-figure charitable contributions, picked a Twitter fight with comedian Stephen Colbert and, most recently, threatened to sue CNN for failing to acknowledge his campaign.

“Politics has never been this high priority for me,” he said. “I think things changed after I had my second son and I became more aware of some of the disasters that we’re seeing in California.”

He also attributed his late political awakening to his recent financial success — and his higher tax bill.

That’s why in 2018, Paffrath said he didn’t cast a vote for governor — though records show he did cast a ballot that year. It could also explain why he didn’t submit a statement of economic interest as required by state law. “​​If there’s something missing we will gladly file,” he said in a later text message.

‘There’s no reason we can’t do it’

Paffrath has no shortage of big ideas.

In his first year, Paffrath said that he will clear California’s streets of unhoused people, pass a “large infrastructure package” and introduce a pilot project for a new network of “future schools” that would pay students $2,000 per month to learn trades.

How would all of this be funded? Paffrath’s ideas include repurposing money for the state’s high-speed rail project, taxing casino proceeds and floating a bond — all of which would require voter or legislative approval.

If any of that sounds far-fetched, Paffrath concedes “none of it is simple.”

But he views the main problem facing the state as elected leaders who offer “very small patchwork solutions for big problems.”

“We have the money…we have the super majority of Democrats…we just need the willpower.”

‘Nobody’s on our streets anymore after 60 days’

Paffrath has made homelessness his top priority. And true to form, his plan to tackle the problem is big and unconventional.

His vision: The state would employ the National Guard to help shepherd unhoused Californians into 80 new emergency facilities. During the interview, Paffrath pulled up an image on his computer of the Javits Center in Manhattan, which was converted into a temporary field hospital during the early months of the pandemic. Paffrath said he would look to vacant malls and warehouses to replicate the model. These centers would provide meals, mental health, addiction and social service treatment — all for “ideally under $15, closer to $10 per day” per person, he said.

‘Every mandate that’s in place…will stay in place’

Unlike the major Republicans in the recall race, Paffrath has not vowed to rescind the state’s current vaccine mandate.

Any “vaccine or mask mandates in place, the day I take office, will stay in place,” he said.

Beyond that, Paffrath prefers other methods of combating COVID. They include encouraging holdouts to get the shot through social media challenges and potentially imposing stricter air filtration requirements on businesses and sending N95 masks directly to households.

Paffrath distinguishes himself as the only Democrat on the ballot with a sizable fanbase.

But he isn’t a party loyalist. He supports the recall and he described Newsom’s spending priorities as “a crime” and his anti-recall campaign “disgraceful.” Paffrath also supports the right of gun owners to carry concealed weapons and partially attributes racial disparities in education to a “despair mindset” in Black and Latino communities.

Philosophically, he said he’s “a big fan of in the middle.”

Another label he embraces: “JFK-style Democrat,” which means lowering taxes, governing as a moderate and launching ambitious new social programs.

Paffrath acknowledged that some of his plans for the less novel aspects of state government still need to be fleshed out. His policy platform has little to offer on health care.

And when asked what his administration would do immediately to help kids learn to read, Paffrath was stumped.

“Golly, I appreciate your question because you’re the first person to have asked me this question,” he told CalMatters education reporter Joe Hong. “I don’t have a specific answer for that, but I’m open to finding a solution.”

This article was originally published by CalMatters.