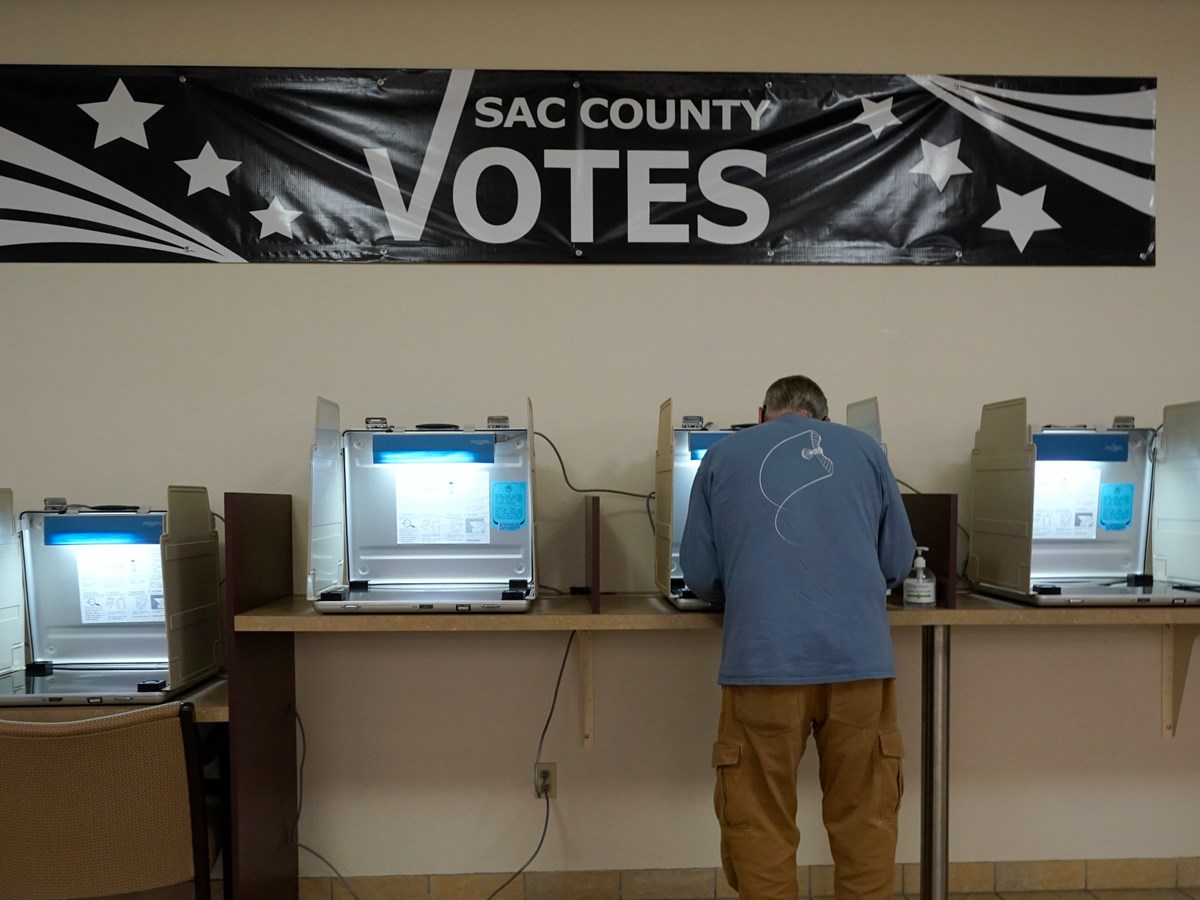 Donald Brown, of Folsom, marks his mail-in ballot for the Recall Election at the Sacramento County Registrar of Voters office in Sacramento, Calif., Monday, Aug. 16, 2021.

A federal judge affirmed in a ruling Friday that California’s recall process is constitutional, weeks before voting in a recall election against Gov. Gavin Newsom is scheduled to end.

“The United States Constitution and its principle of ‘one person, one vote’ does not prevent California from holding its ongoing gubernatorial recall election as scheduled,” Judge Michael Fitzgerald of California’s Central District wrote in the ruling. “There is nothing unconstitutional about placing in one ballot a vote for or against the recall of the Governor and then a vote for a replacement candidate.”

Read the full ruling below.

Some legal scholars questioned the process in recent weeks because the two-question recall ballot makes it possible for a candidate to replace Newsom with fewer votes.

That’s because the governor — or any elected official facing a recall in California — needs a majority vote in the first question, which asks if they should be removed, to stay in office.

That means if Newsom wins only 49% support in the first question, he will be recalled. His replacement would then be the candidate with the most votes on the second question, even if that candidate wins less than 50%. With 46 candidates on California’s recall ballot, it’s likely no one earns a majority vote.

Erwin Chemerinsky, Dean of the UC Berkeley School of Law, wrote a New York Times opinion piece arguing the process was unconstitutional because “it violates a core constitutional principle that has been followed for over 60 years: Every voter should have an equal ability to influence the outcome of the election.”

Soon after Chemerinsky’s op-ed, a pair of Los Angeles voters filed a federal suit challenging the recall process and asking a court to either cancel the Sept. 14 election or to add Newsom’s name to the list of replacement candidates on the second part of the ballot.

“As that may be,” the judge continued, “such disgruntlement raises no federal constitutional issues and certainly does not give the federal judiciary the right to halt the mammoth undertaking of this gubernatorial recall election.”

The Secretary of State’s office said it will not appeal the ruling and will continue to assist county officials in administering the Sept. 14 election.

Learn more about the recall process and how to vote in CapRado's California Recall Voter Guide.