Scientists Are Learning More About Fire Tornadoes, The Spinning Funnels Of Flame 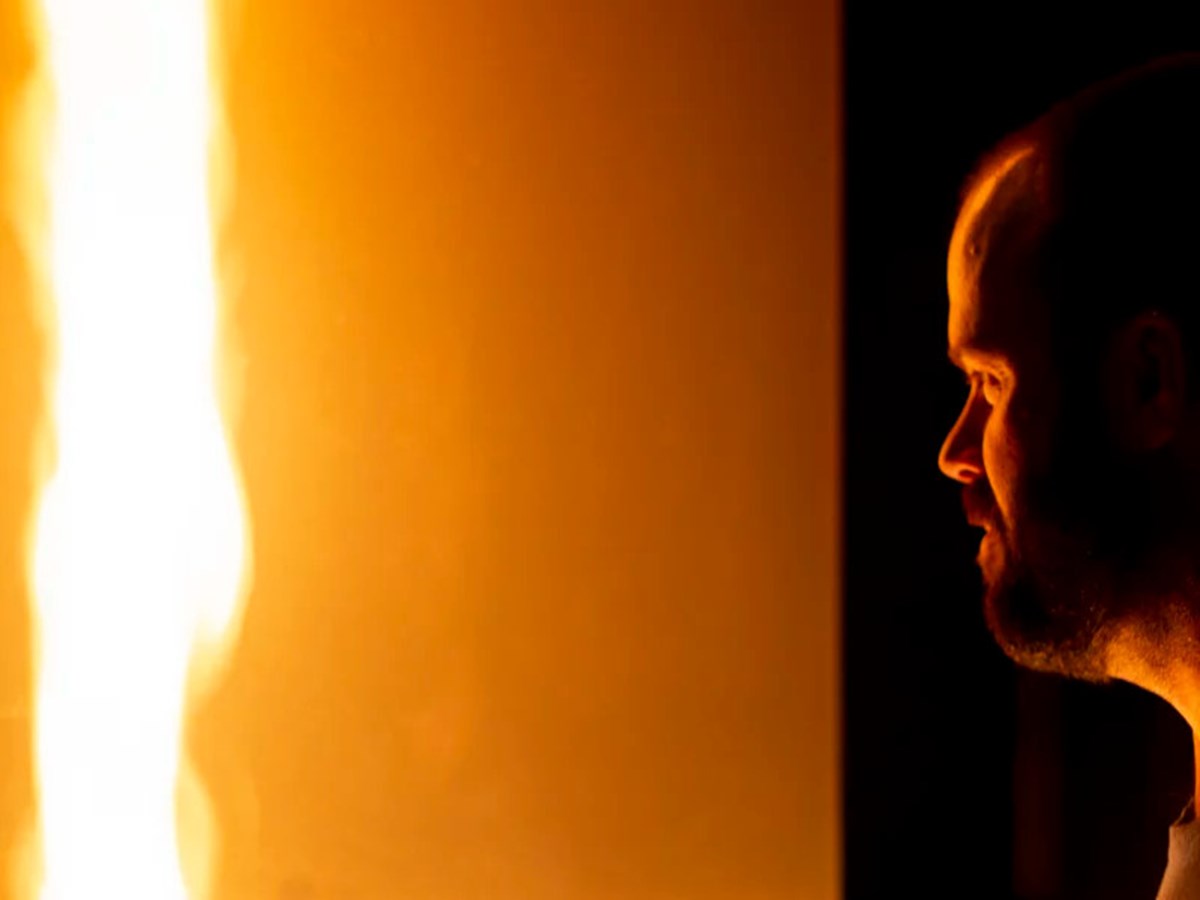 Jason Forthofer, mechanical engineer at the Missoula Fire Sciences Laboratory, looks into a fire whirl he generated to demonstrate how fire whirls and fire tornadoes form in wildland fires.

Climate change is driving longer and more intense wildfire seasons, and when fires get big enough they can create their own extreme weather. That weather includes big funnels of smoke and flame called "fire tornadoes." But the connection between the West's increasingly severe fires and those tornadoes remains hazy.

In late June, firefighters on the Tennant Fire in Northern California captured footage that went viral.

A video posted on Facebook shows a funnel cloud glowing red from flame. It looks like a tornado, or more commonly, a dust devil. It's almost apocalyptic as the swirl of smoke, wind and flame approaches fire engines, heavy machinery and a hotel sign swaying in the wind.

Jason Forthofer, a firefighter and mechanical engineer at the U.S. Forest Service's Missoula Fire Sciences Lab in Montana, said funnels like this one are called "fire whirls." He said the difference between whirls and tornadoes is a matter of proportion.

"Fire tornadoes are more of that, the larger version of a fire whirl, and they are really the size and scale of a regular tornado," he said.

Forthofer said the reason for the proliferation of images and videos like that whirl on the Tennant Fire might just be that people are keeping better track of them.

"Most likely it's much easier to document them now because everybody walks around with a camera essentially in their pocket on their phone," he said.

The data's too young to be sure, he said, but it is plausible fire tornadoes are occurring more often as fires grow more intense and the conditions that create them more frequent.

The ingredients that create fire whirls are heat, rotating air, and conditions that stretch out that rotation along its axis, making it stronger.

Forthofer can simulate those ingredients in a chamber in the lab. He heads towards an empty, 12-foot-tall tube and pours alcohol into its bottom, and then finds a lighter to get the flames going.

A spinning funnel of fire, about a foot in diameter, shoots upward through the tube.

In the real world, it's hard to say how frequently fire whirls or tornadoes happened in the past, since they often occur in remote areas with no one around. But Forthofer went looking for them; he found evidence of fire tornadoes as far back as 1871, when catastrophic fires hit Chicago and Wisconsin.

"I realized that these giant tornado sized fire whirls, let's call them, happen more frequently than we thought, and a lot of firefighters didn't even realize that was even a thing that was even possible," Forthofer said.

National Weather Service Meteorologist Julie Malingowski said fire tornadoes are rare, but do happen. She gives firefighters weather updates on the ground during wildfires, which can be life or death information. She said the most important day-to-day factors that dictate fire behavior, like wind, heat and relative humidity, are a lot more mundane than those spinning funnels of flame.

"Everything the fire does as far as spread, as soon as a fire breaks out, is reliant on what the weather's doing around it," Malingowski said.

Researchers are tracking other extreme weather behavior produced by fires, like fire-generated thunderstorms from what are called pyrocumulonimbus clouds, or pyroCBs. Those thunderstorms can produce dangerous conditions for fire behavior, including those necessary for fire tornadoes to occur.

Michael Fromm, a meteorologist at the Naval Research Lab in Washington, D.C., said the information only goes back less than a decade, but the overall number of PyrcoCBs generated in North America this year is already higher than any other year in the dataset.

"And the fire season isn't even over yet," he said.