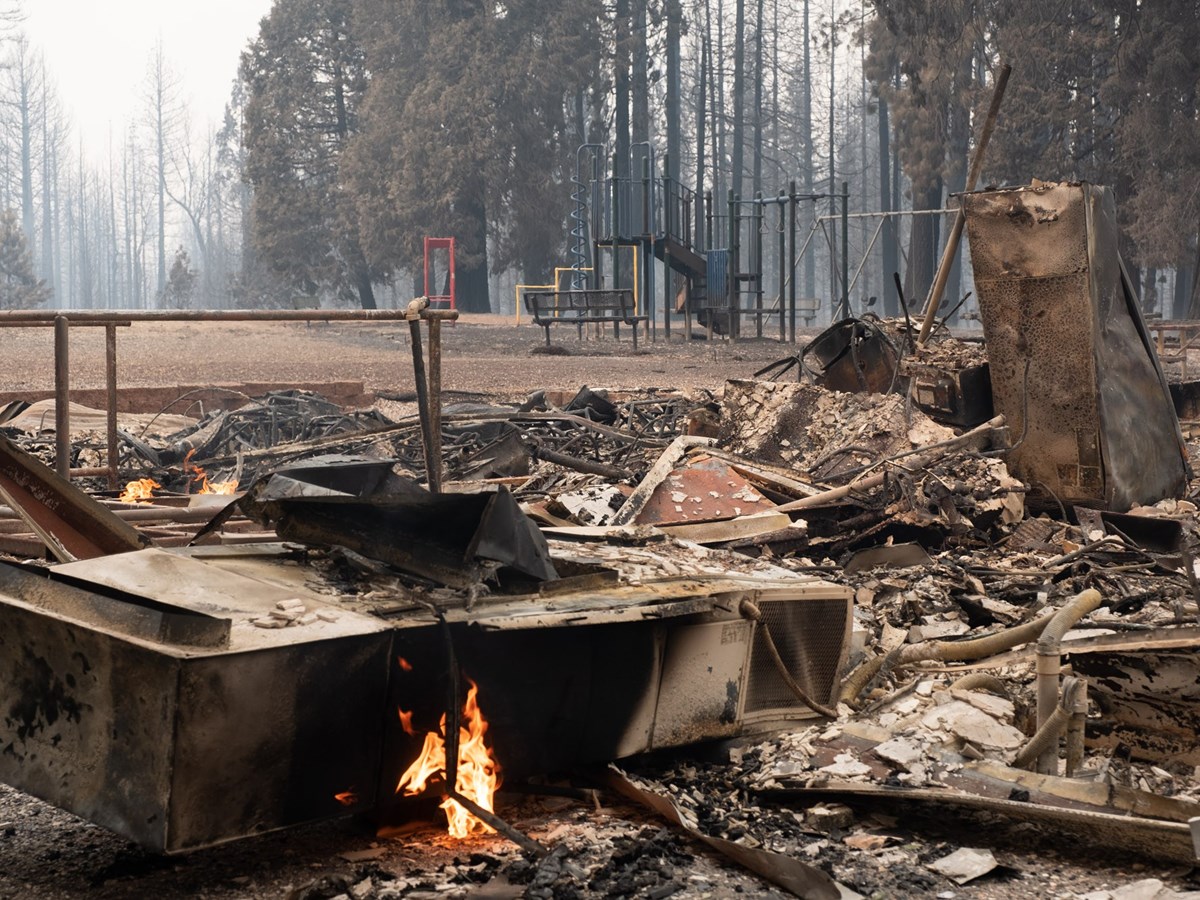 Sky Stone woke up early Tuesday to no power and several messages on his phone urging him to evacuate his home in Somerset, an El Dorado County town about 50 miles east of Sacramento.

It was 5:30 in the morning, and the Caldor Fire had just burned through the town of Grizzly Flats.

“By 6, there was multiple sheriff's cars going down our road with the sirens blaring and the lights on,” Stone recalled. “So I packed up. I was out of my house in less than half an hour.”

The area burning is expansive, with trees towering over thousands of homes often only seen at ground level. This “wildland urban interface” as fire experts call it is at high risk for wildfires, because it’s not just trees, overgrown brush and excess debris on the forest floor — nearly a quarter of California's population lives in those areas. 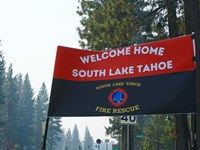 Caldor Fire: Where To Find Information And Resources

At one point on Tuesday, the fire was growing so fast that officials said they could not get an accurate mapping of how widespread it was burning.

By Wednesday, the Caldor Fire had burned nearly 63,000 acres in El Dorado County, forcing tens of thousands to evacuate in Somerset, Sly Park, Pollock Pines and more. State fire officials said that the fire is threatening thousands of homes, has injured at least two people, and is still too dangerous to determine how many structures have been destroyed. 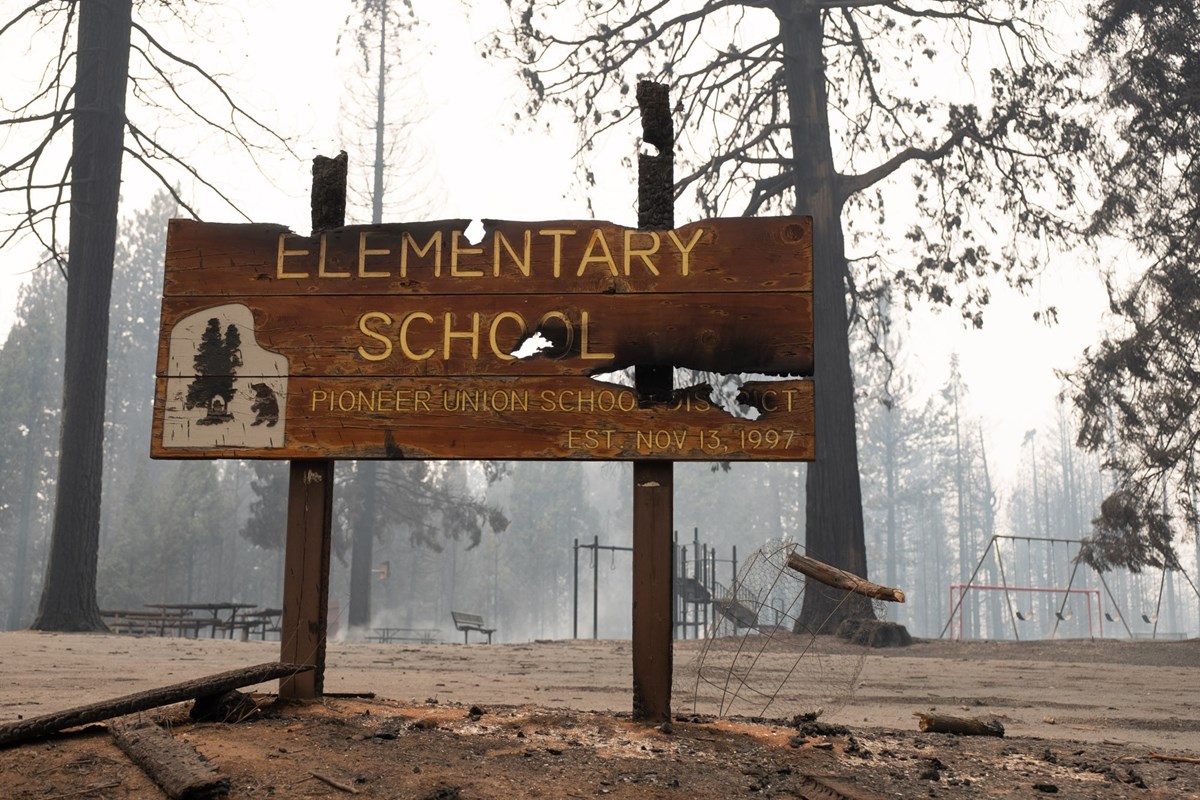 The Amador County Sheriff’s Office later issued an evacuation warning for the River Pines community and others along the Amador-El Dorado county line.

“It's very disconcerting,” Stone said of the Caldor Fire. “This is scary how fast it spread unexpectedly and the fact that they don't have enough resources to battle it is extremely frightening to me.”

Firefighters got a weather break on Wednesday when the winds that were expected to swoop in from the north instead held steady. Additionally, an inversion layer over the area helped dampen the fire.

By Thursday morning, that outlook changed. The weather and the behavior of the fire prompted officials to warn of potential spot fires and increased activity in the afternoon. With wind patterns, Sacramento City Fire Captain Keith Wade, who was deployed to the Caldor Fire's management team, said the fire could expand northeast into the Eldorado National Forest, which was shutdown to visitors early in the week.

The erratic movement of the fire is similar to that of the Dixie Fire, which appeared settled one weekend then exploded again in the days after. Officials have at times reduced evacuation orders only to reissue them the next day.

The Dixie Fire, which has been burning for more than a month, has scorched more than 600,000 acres and is the largest single wildfire in the state’s recorded history. It’s just another of many wildfires crews are battling across northern California.

So far across the state, 10,000 people are involved in fighting the wildfires in some capacity, 35,000 people are under an evacuation order of some type, and 11 of the state’s 58 counties are under a state of emergency declaration.

"Every acre in California can and will burn someday. Just make sure that you're ready when it does,” Porter said.

Neil Lareau, an assistant professor of atmospheric science at the University of Nevada, Reno, described the Caldor Fire’s expansion as “explosive growth.” Lareau shared on Twitter an animation that he said showed the fire’s evolution, jumping from 6,500 to nearly 54,000 acres in a single day on Tuesday.

But while the fire growth has been massive, Lareau says that it’s not unexpected. The El Dorado National Forest area has been particularly dry after a drier-than-usual winter, making it an easy target for a large, fast-moving fire.

“That dryness, of course, allows the fire to carry through the landscape very rapidly and to release a tremendous amount of heat in short periods of time,” he says.

Another big contributor: an excess of fuel on the forest floor that provides fodder for wildfires.

Rob York, an extension specialist with UC Berkeley focusing on forest ecology and management, said this excess is the result of a history of fire suppression in the area. Before suppression tactics were used, fires burned more frequently, leaving less debris on the forest floor.

“The trees growing in the forest are in this type of environment that they haven't experienced before,” York said. “The ultimate challenge is to try to figure out how to reduce it.”

Prescribed burns are one form of forest management. It’s a method that was historically utilized by Indigenous people throughout California, but these practices were later halted and replaced by fire suppression. 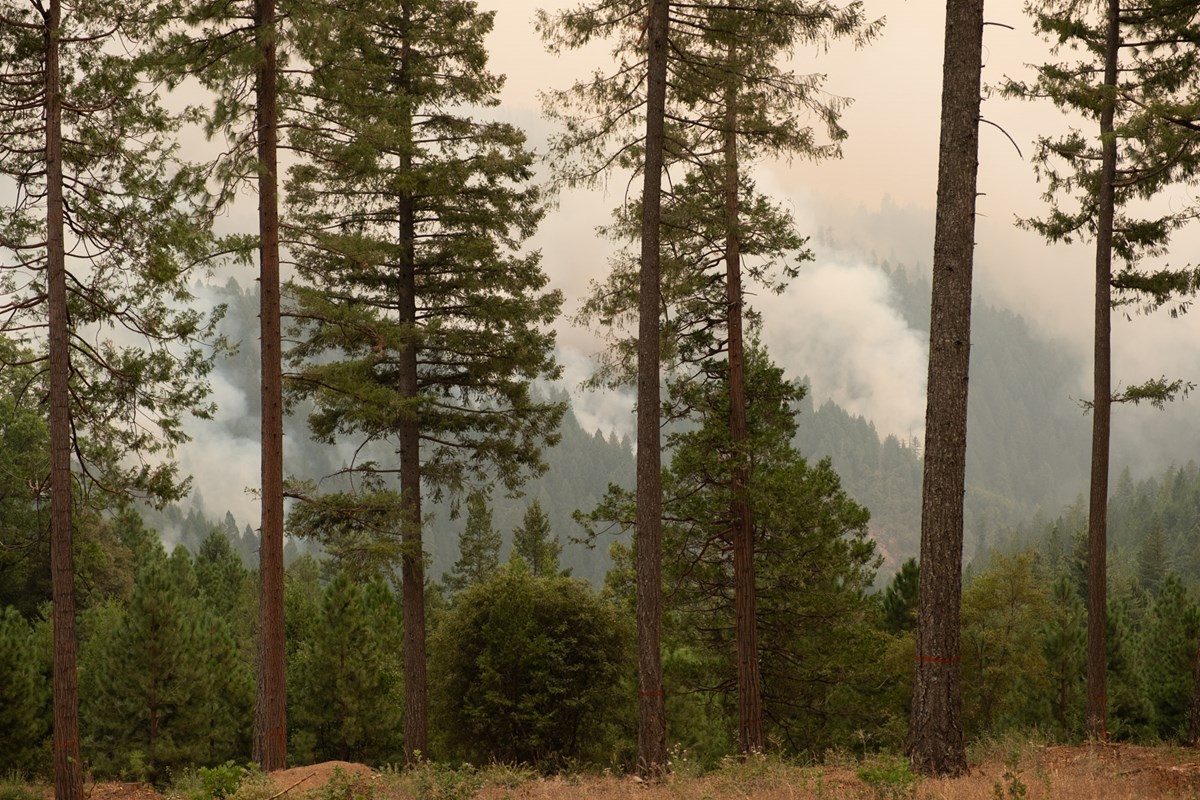 On top of excess debris, Lareau said that strong southwest winds in the area are “well known for creating these sort of big runs in the Sierra.”

“So it’s really a mix of those two things,” Lareau says. “It's the same conditions, really, that are facilitating these fires throughout California right now.”

Previous fires can give area residents a preview of what to expect as the Caldor fire continues to grow.

Lareau compared the Caldor Fire to the Dixie Fire, as both grew explosively as a result of area dryness and wind conditions.

But wind direction changes quickly. Just like the Dixie Fire, he said it’s likely the Caldor Fire will ebb and flow as a result, possibly decreasing one day and strengthening the next. Firefighters and residents in impacted areas will have to watch out for sudden changes in wind patterns moving forward.

“We could definitely see other big days coming off this fire in the future,” Lareau says. “It’s a very fluid situation and people need to have their wits about them.”