PolitiFact California Guide To Misinformation About The Newsom Recall Election

California’s recall election will determine whether Gov. Gavin Newsom remains in office or is removed and replaced by another candidate. As voters make their choice, they may encounter misinformation or confusion about how the recall process works.

To help sort through the facts, PolitiFact California debunked false claims about the election and demystified how it works in our guide to misinformation about the recall.

Before we call out some false claims, let’s explain the basics on how to vote.

The recall ballot will have two parts:

Voters will choose "Yes" or "No" on Question 1. A "Yes" vote means you want Newsom to be recalled. A "No" vote means you would like Newsom to remain governor. If more than 50% choose to recall Newsom, the candidate who wins the most votes will replace him.

All registered voters can expect to receive a mail-in ballot by mid-August. County election officials are required to send those ballots out by Aug. 16.

Voters can fill them out and return them in the mail or use a secure drop box.

In-person voting will be available in all 58 counties on election day, Sept. 14, according to Kim Alexander, president of the California Voter Foundation.

“Many counties will also have early voting available the weekend before election day and 10 days prior to election day in some counties,” she added. “In addition to that, every county elections office is also a voting place. So, wherever you live in California, if you want to vote in-person after August 16th, you can do that at your county elections office during normal business hours.”

Find out more about how the recall process works, key dates & answers to your questions in CapRadio’s California Recall Election Voter Guide.

Next, we set the record straight about some recall misinformation:

False Claim: California is using the COVID-19 delta variant as an excuse to send mail-in ballots to voters ahead of the recall election, helping Newsom stay in power. 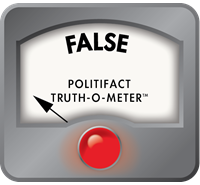 Widely-shared social media posts made this claim, which is contradicted by the facts.

The decision to use mail-in ballots was made this winter, long before the delta variant swept across the country. The variant is a mutation of the original COVID-19 virus and did not become the dominant strain in the United States until July.

“Due to new ‘delta variant’ California will be mailing in ballots for recall election,” former San Francisco Giants baseball player Aubrey Huff wrote on Instagram. “You can’t make this shit up. Setting it up for @GavinNewsom to stay in power. If you can’t see how obvious the corruption & lies are then you’re truly lost.”

In February, Newsom signed Senate Bill 29, legislation requiring county elections officials to mail a ballot to every registered voter in California for all elections announced or held before Jan. 1, 2022. Democratic state lawmakers passed the bill earlier that month with the goal of providing all voters a safe way to cast their ballot, recognizing “that the pandemic has not gone away,” as Asm. Marc Berman, D-Menlo Park, described it at the time.

Sen. Tom Umberg, D-Santa Ana, was the primary author of SB 29. He pointed out that providing vote-by-mail ballots to all voters, as California did during the 2020 general election, helps with turnout but doesn’t necessarily favor Democrats.

“Democrats lost four seats (in California’s congressional races) this past election and we had the highest voter turnout since 1952,” he told the Associated Press in February. “I think more people voting, irrespective of what happened to Democrats, is a good thing for democracy.”

“This reminder is in response to online chatter suggesting that voters will not be able to vote in person due to the new mask mandate,” the county press release added. “Those rumors are FALSE.”

Seven counties — Marin, Mono, Placer, San Luis Obispo, Santa Barbara, Sonoma, and Tulare — received waivers to have fewer in-person voting locations, citing both the short amount of time to get ready for an unplanned election and the COVID-19 pandemic. But the counties say there will still be enough locations to meet demand for in-person voting.

Dominion technicians recently provided on-site support and advice during accuracy tests on the county’s tabulation system, but were escorted by county elections staff and “are not allowed to touch voting equipment, election files, or ballots at any time,” the county said.

In March, Dominion filed a $1.6 billion defamation lawsuit against Fox News Network. Fox has asked for the suit to be dismissed. The company has also taken legal action against MyPillow CEO Mike Lindell, as well as former Trump lawyers Sidney Powell and Rudy Giuliani. In early August, it sued right-wing networks Newsmax and One America News Network for also spreading misinformation.

False Claim: The efforts to recall Newsom are a ‘coup.’

In January, California Democratic Party Chairman Rusty Hicks falsely described the effort to recall Newsom as “the California coup.” We rated that claim Pants On Fire.

A coup is the violent overthrow of a government, often with the help of the military or state police. A recall is nothing like that. It’s a legal process that asks voters to decide whether to remove an elected official at the ballot box.

The state constitution has allowed California voters to use the process for more than a century to try to remove local and state officials, for any reason, midway through their terms.

Claim: California recall leaders are tied to militias and QAnon.

In a national TV blitz against the recall in March, Newsom claimed the lead proponent of the recall against him supported ‘putting microchips into migrants.’ A since-deleted Facebook post shows that is accurate. Orrin Heatlie, the recall leader and a retired Yolo County sheriff’s deputy, said his comment wasn’t meant to be taken seriously.

Newsom also claimed recall leaders have ties to far-right militias and QAnon. An investigation by the Los Angeles Times along with additional evidence show there are some connections. Political observers, however, say Newsom’s statements do not apply to the vast majority of recall supporters.

"I think it is pretty legitimate to tie the initial [recall] effort to those groups," Kim Nalder, a Sacramento State professor who studies political psychology and disinformation, told PolitiFact California in March. "I think it becomes less persuasive when you get to the current movement, which has expanded far beyond those groups."

False Claim: If you vote 'No' on the recall, you can't vote for who would replace Newsom.

Some voters have expressed confusion and uncertainty about voting in the recall, or are inadvertently spreading incorrect information, such as the suggestion that if a voter votes “No” on the recall, they cannot vote for a candidate listed on the second question.

The Secretary of State’s office cleared up any confusion.

“Regardless of how a voter responds to the question of recalling the governor, they can still cast a vote for a potential replacement candidate,” spokesperson Jenna Dresner told CapRadio. “The votes for each question are counted separately, so your vote for one question does not impact your ability to vote on another, that includes leaving a question blank.”

We’ll continue to examine claims about the recall through the Sept. 14 election. Send us a suggestion for a fact check at [email protected].

Update: This article has been updated to show that Fox News Network has asked for the Dominion lawsuit against it to be dismissed.

CapRadio, Yes, You Can Vote On Who Would Replace Gavin Newsom Even If You Vote No On The Recall, Aug. 11, 2021

PolitiFact California, No, Efforts To Recall California Gov. Newsom Are Not ‘A Coup’, Jan. 13, 2021.