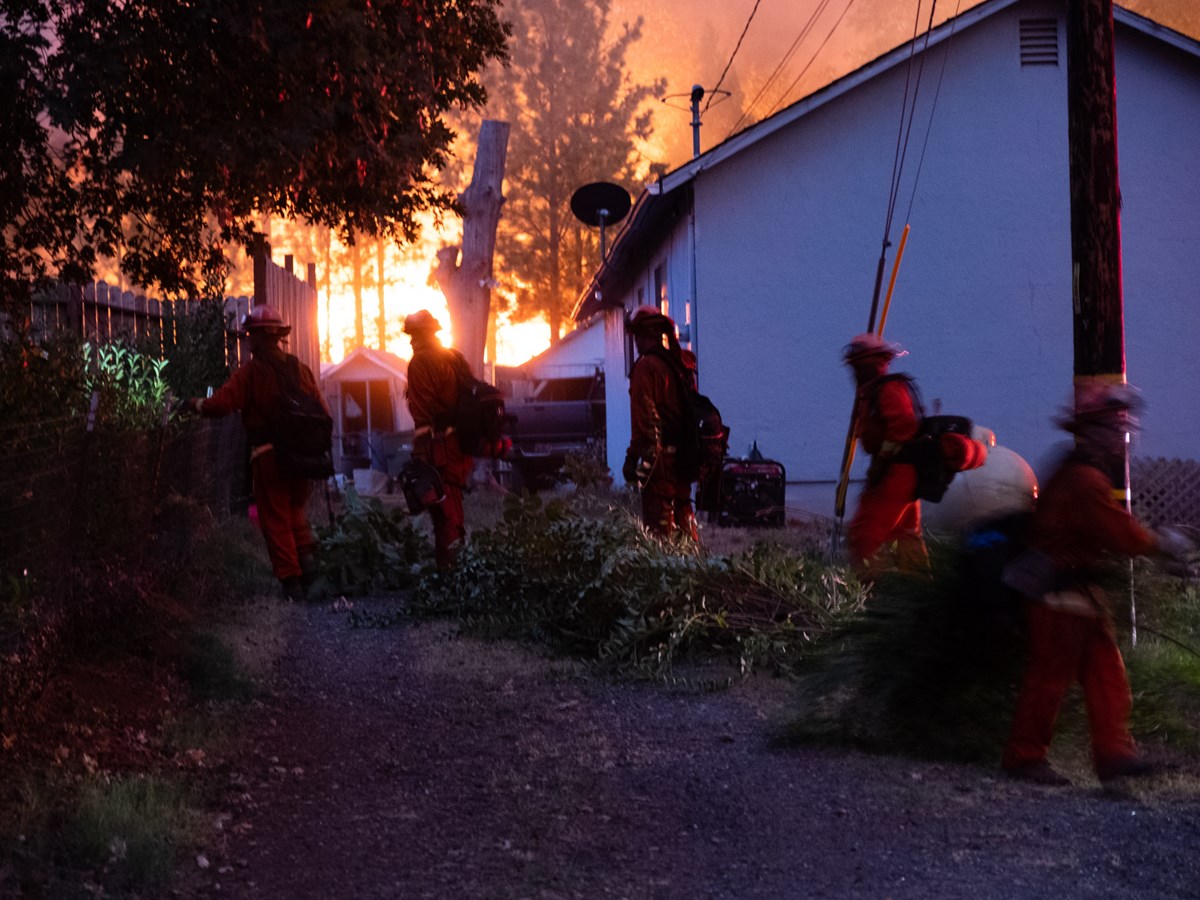 More evacuation orders have been lifted for the River Fire burning in Placer and Nevada counties as cooler temperatures helped firefighters increase containment.

The fire stayed at 2,600 acres on Saturday, and firefighters increased containment to 62%. At least 88 structures have been destroyed, and two residents and one firefighter have been injured.

Bear River and Nevada Union high schools are temporary evacuation points, and the Nevada County Fairgrounds will serve as an animal shelter. Folks inquiring about their animals’ safety can contact Placer County Animal Control. The Auburn Veterans Hall is no longer an operational temporary evacuation shelter.

Officials held a community meeting Saturday in Colfax. You can also watch online at the Cal Fire NEU Facebook page.

Among the agencies helping evacuees of the River Fire is Nevada County’s Veterans Services Office. They have a trailer at the Bear River High School in Grass Valley with showers, a phone and air conditioning.

David West, the Veterans’ Service Officer, says some local vets are going to need more than the temporary shelter of a trailer.

“I’ve already met three veterans who have lost their home, either a rental or a home that they own," West said. "They’re asking me what to do.  All these agencies out here, they’re willing to help, however we’re on a special program. We focus on finding veterans homes and we have money.  We can help.”

Meanwhile, smoke from the River and Dixie fires is expected to blow into the Sacramento region today. On Thursday, the Northern Sierra Air Quality Management District and the Nevada, Plumas and Sierra County Departments of Public Health issued a joint Air Quality Health Advisory as a result of the wildfires, with the poor air quality expected to last as long as the Dixie and River Fires are active.

Immunocompromised people, the elderly, children, pregnant women and those with asthma or weak lungs are particularly vulnerable to impaired lung function, coughing and chest pain.

Sacramento County residents are advised to stay indoors Friday due to air quality from smoke. A shift in the wind is expected Saturday night, with better air quality arriving by Sunday afternoon.

Scott Rodd contributed to this report