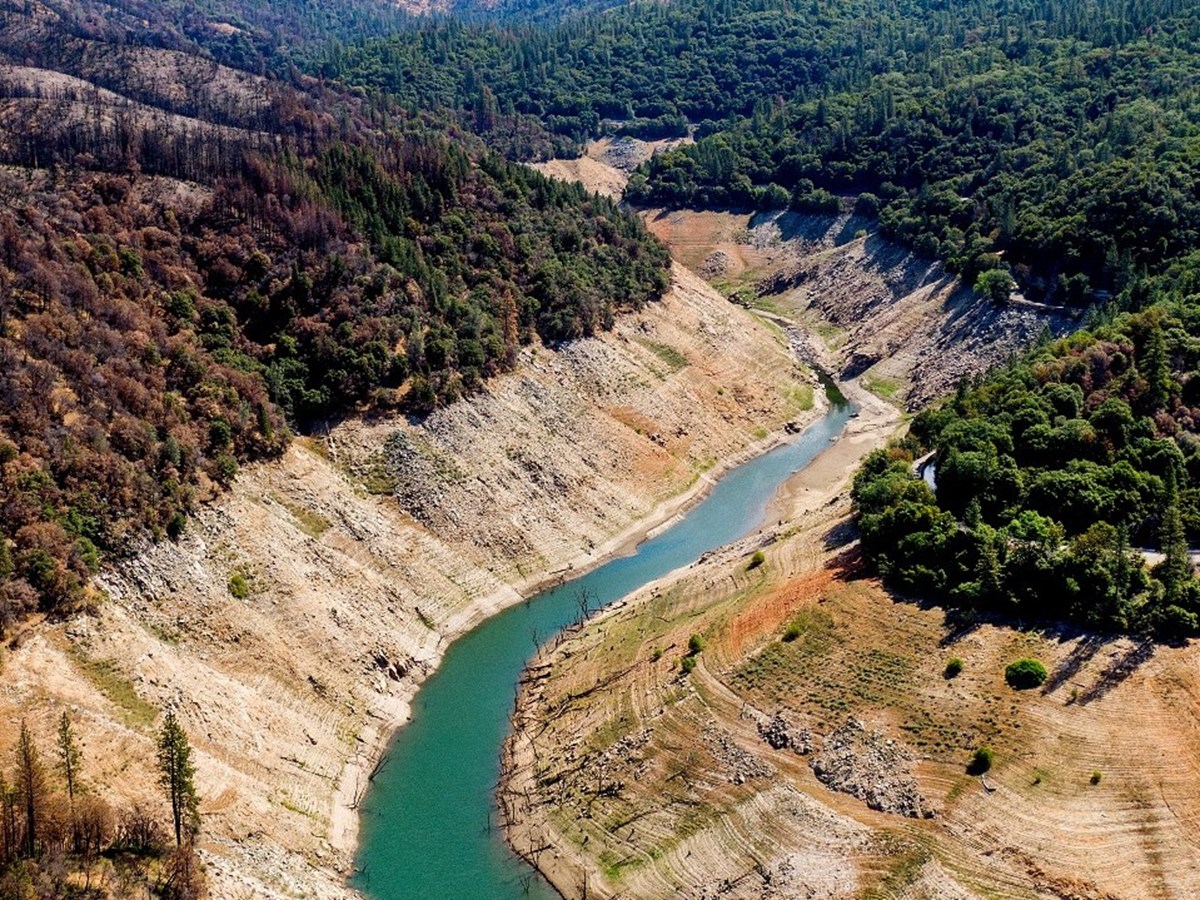 Dry banks rise above water in Lake Oroville on Sunday, May 23, 2021, in Oroville, Calif. At left are trees scorched in the 2020 North Complex Fire.

Drought-plagued California is poised to bar thousands of farmers, landowners and others from pumping water from the Sacramento-San Joaquin Delta watershed, a move that irrigation districts said exceeds the water board’s authority.

The emergency rules would be the first time state regulators have taken such wide-reaching action during a drought to prevent diversions from the massive Delta watershed stretching from Fresno to the Oregon border.

At a more than three-hour workshop today to discuss the proposal, State Water Resources Control Board officials said the status of the Delta was so severe that they had to take urgent action. The board will vote on the regulation next week, and it could lead to formal curtailment orders as soon as August 16.

“We don’t take this action lightly,” Eileen Sobeck, executive director of the water board, said in a press briefing last week. “We know that it’s going to impose hardship on folks.”

During the last drought, in 2015, six irrigation districts serving growers sued the state over its efforts to stop some diversions from the Delta. A Superior Court judge ruled that the state violated their due process by failing to give them a “meaningful opportunity, including some form of public hearing, to challenge the board’s finding before they are ordered to curtail their water use.”

This time, state officials said they were giving ample notice and opportunity for input, including today’s virtual hearing and a warning issued last month, and said that with the Governor’s drought emergency declarations they were “on very firm legal footing.”

Representatives of irrigation districts serving growers did not say at the workshop whether they would file suit. But they told the state board that it does not have the authority to curtail the rights of users who have claims to the water that pre-date 1914 — the year California enacted its water rights law.

“The state water board should know that,” said Valerie Kincaid, a water law attorney who represents the San Joaquin Tributaries Authority, a coalition of irrigation districts and water agencies. “Curtailment requires providing water users due process before their water rights are taken. The same issue of due process arises here.”

Chris Scheuring, senior counsel for the California Farm Bureau, told CalMatters that it never rules out legal action to protect members, but said, “We are confident so far that the (water board) is well-equipped to deal with this year’s brutally dry conditions in an orderly manner. In fact, we are supportive.”  The process “needs to be workable, fair and phased,” and based on “technically sound” analyses, Scheuring said. 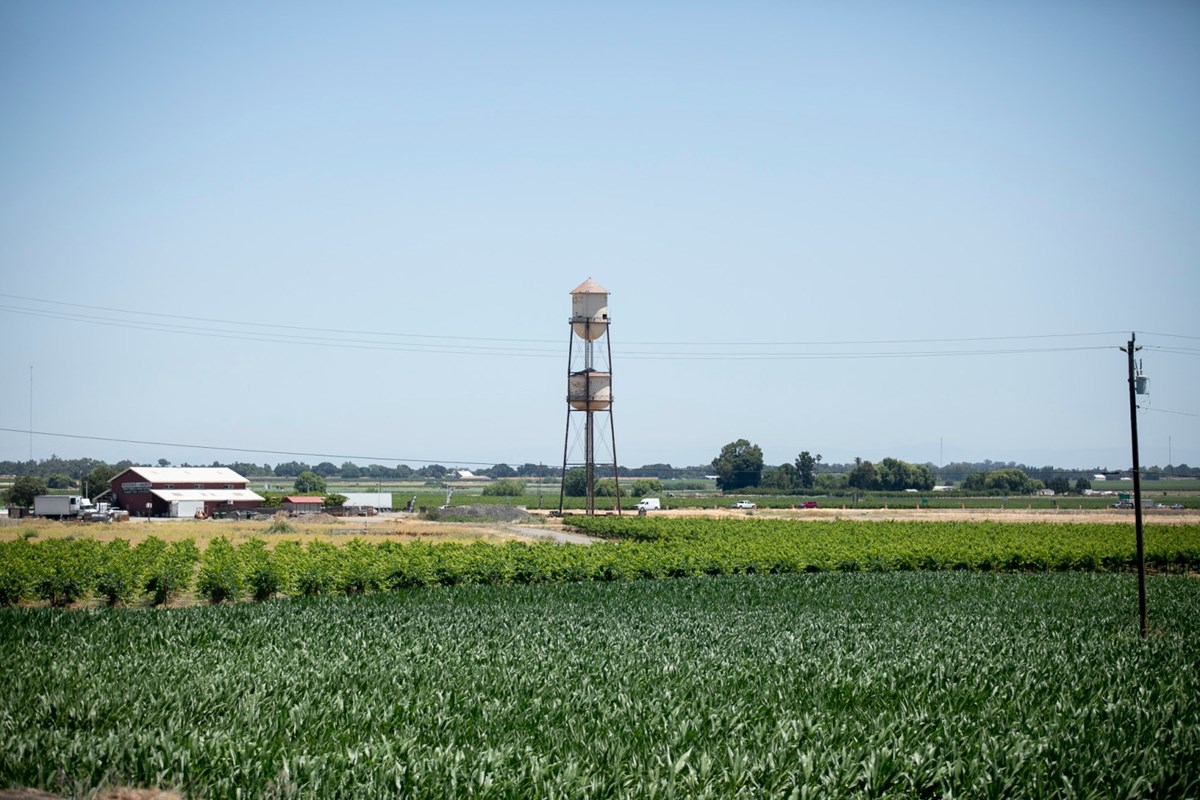 The historic Discover the Delta water tower stands in a field along State Highway 12 near the eastern shore of the Sacramento River in Sacramento County on June 15, 2021.Anne Wernikoff / CalMatters

At the hearing, California Farm Bureau representative Justin Fredrickson said the board needs to be realistic about people’s ability to understand and comply.

“What the board is attempting this year is really an experiment,” he said. “When you take it to the grand scale of something like the entire Bay-Delta watershed, it’s a tall order to expect perfection from the get go.”

A representative of the powerhouse Westlands Water District, which relies heavily on federal water supplies that flow through the Delta, voiced support for the water board’s regulations.

“Action is needed now, not only to adopt the regulations but to stop unlawful diversions,” said Jon Rubin, assistant general manager and general counsel.

If approved, roughly 5,700 of the 7,700 water users in the Delta watershed could be ordered to stop taking from the watershed. The exact number is expected to change based on the condition of the water supply. It includes even those with some of the highest-priority historic claims to the rivers and streams. Supplies for minimum human health and safety, such as drinking and household use, are not included.

The rivers are a major source of water for the Central Valley — but not their only source. Many growers in the region may also pump groundwater.

The Delta is the heart of California’s water supply, pumping water through state and federal arteries to 25 million people and millions of acres of farmland. It’s also home to iconic and endangered salmon and other fish species.

As extreme drought claims 85% of California, the dwindling river flows risk saltwater backwashing into the Delta from the Pacific. Keeping the saltwater at bay would protect the freshwater for drinking, farmers and fish — while preserving supplies stored in reservoirs for another dry year.

“If that were to reach the pumps at the state and federal water project, that’s kind of like the doomsday scenario,” said Erik Ekdahl, deputy director of the water board’s division of water rights.

Users who keep pumping could face fines of up to $1,000 per day of violation, according to the proposed regulation.

The notices issued last month warned that the Delta watershed’s supply was “insufficient” and “not lawfully available” to 4,300 so-called “junior” water rights holders whose claims on the watershed’s rivers and streams date after 1914. Another 2,300 water users with more senior rights were warned that further action that could restrict their diversions  could be coming their way, too.

Currently, compliance is considered voluntary. Less than 20% of the users responded to the notice by filling out a form telling the state whether they would stop diverting or would file for an exemption.

Enforcement is a laborious process requiring officials to prove without a doubt that there was insufficient water at the spot someone was caught pumping water.

Under the emergency rules, the water board can require growers and others to complete that form about whether they will stop diverting. . But enforcement will still be laborious — requiring that the board alert a water user to an inspection and then still catch them in the act. The water user has the right to appeal. But the burden of proof for the state would be lower than it is now.

“It’s essentially a question of, are you violating the regulation or not? Are you continuing to divert?” Ekdahl said.

Similar emergency rules have also been adopted for the Russian River watershed, with curtailments to be issued if Lake Mendocino levels drop below a certain level.

Environmentalists criticized the state for acting too slowly to preserve Delta water for next year and protect salmon and other endangered fish.

“The curtailments for water users tied to the Delta watershed are a hard reckoning. This is our climate reality and we cannot continue operating with the same water management plans of 50 years ago,” Barbara Barrigan-Parrilla, executive director of the environmental group Restore the Delta, said in a statement.

Too much water has already been pumped by the growers and other users, she said.

“In other words, it is more of the same. Too little, too late for protection of our rivers, the San Francisco Bay-Delta estuary, and everyday people in California.”