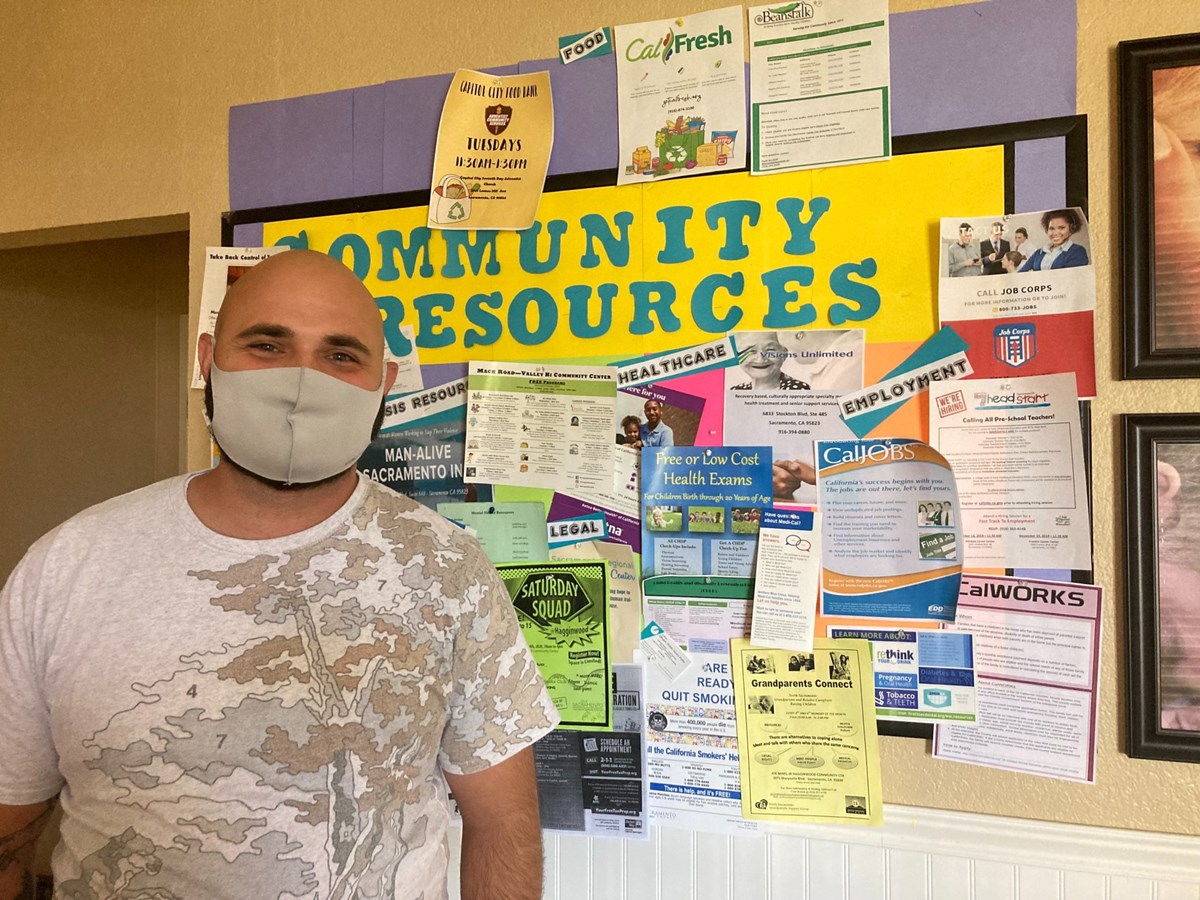 As the Delta variant of COVID-19 continues to spread rapidly, causing case rates to increase dramatically, Sacramento community leaders and county officials have one message: For your community’s health and your own, get vaccinated.

In California, about 60% of all residents are at least partially vaccinated. Sacramento County falls short of that, with 55% of people receiving at least one dose of the vaccine.

Communities with lower vaccination rates tend to be majority non-white, under the median household income, and have less institutional support and higher rates of chronic diseases that increase their risk of COVID-19 complications.

Midtown is a predominantly white neighborhood with a median household income of upwards of $72,000, while North Highlands and Del Paso Heights — which both have sizable Hispanic and Black populations — have median incomes under $50,000.

Josh Kohler, a coordinator at Valley Hi Family Resource Center in South Sacramento, said he’s observed that the pace at which people have gotten vaccinated has “more or less plateaued.”

Vaccines were first made available to all people 16 years and older on April 15, and that eligibility expanded to 12- through 15-year-olds on May 13. April saw a peak of upwards of 15,000 vaccines administered daily in Sacramento County, with a smaller peak in May.

However, rates have been declining since. In July, they’ve stayed steady, with about 2,500 doses administered each day.

“I feel like those who wanted to get vaccinated have and those that are reserved about getting vaccinated are still reserved,” Kohler said.

Much like the rest of the state, there isn’t a one-size-fits-all reason why people in Sacramento aren’t vaccinated — questions still linger about accessibility, misinformation still fuels skepticism and the country’s systemic racism has others hesitant.

But one thing is clear: Vaccination patterns are stark along racial and economic lines.

“Sometimes it’s at the top of their list, sometimes it isn’t"

Kohler works with numerous families living below the poverty line. For many of them, he said vaccine sites are inaccessible.

Reroutes of public transportation during the pandemic have made it more difficult for some families to use it to travel to a vaccine site. Some families only have one car, with both parents working in two-parent households. So parents are managing work, their kids’ education and other errands.

“When they’re struggling for lights, food, housing, the vaccine isn’t necessarily the top of their list when they’re dealing with so many urgent, emergent needs,” Kohler said.

There are also some people of color — specifically Black people — who are hesitant because of historical precedent, Sacramento County Public Health Officer Dr. Olivia Kasirye said.

“The lack of trust of government entities and the medical system that does still exist in some of these communities (is) because of past experiences they have had, not being able to have that access,” she explained.

Master Swygert, 18, said Kasirye’s point is best illustrated through the Tuskegee experiment that started in the 1930s, during which the U.S. government spent 40 years experimenting on Black men to cure "bad blood." The government never told the men that they had syphilis, and never intended to cure them. 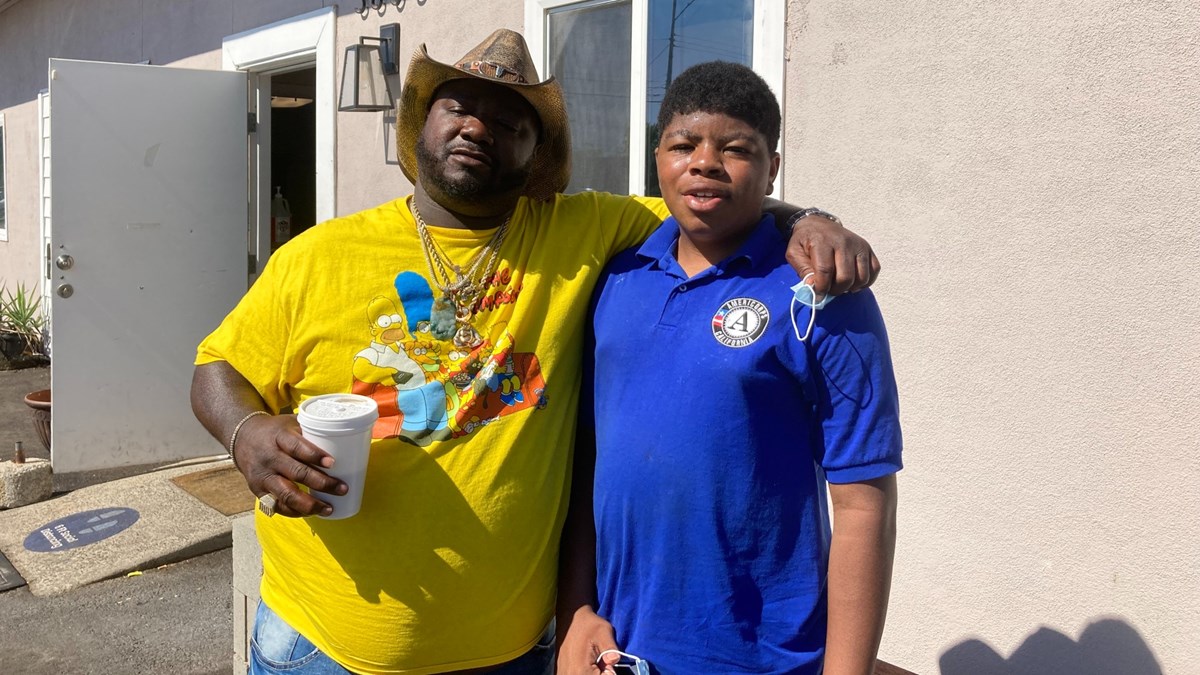 Though penicillin became widely available in the 1940s as a treatment for the disease, researchers never gave the men the drug. The experiment was shut down in 1972. By then, 128 of the men had died from syphilis or related complications, with many of their wives and children also infected.

Though he’s been volunteering at a clinic to help those who want to get the shot, Swygert, who is Black, has decided not to get the vaccine in light of that.

In this case, the COVID-19 vaccine — three of which were developed by Pfizer, Moderna and Johnson & Johnson — has shown to be effective and have not been used as experimental drugs on Black Americans, who have among the lowest rates of inoculation.

Those vaccines have also been cleared for emergency approval by the FDA, a process that has three phases of increasing rigor and scope.

Still, public health advocates have said that it’s the responsibility of healthcare professionals to regain the trust of populations that have been impacted by medical racism.

Sahar Anjomshoaa, a pharmacist at Town Pharmacy in the predominantly immigrant and refugee community of Arden-Arcade said she has talked to some people who think they need to pay for the vaccine or need insurance for it.

The COVID-19 vaccine is free, regardless of whether you have insurance.

“There’s still a lot of people who are scared of it due to social media or friends talking about it,” she said.

Then there are those who think COVID-19 is just like the flu, and will just get better, Anjomshoaa said. 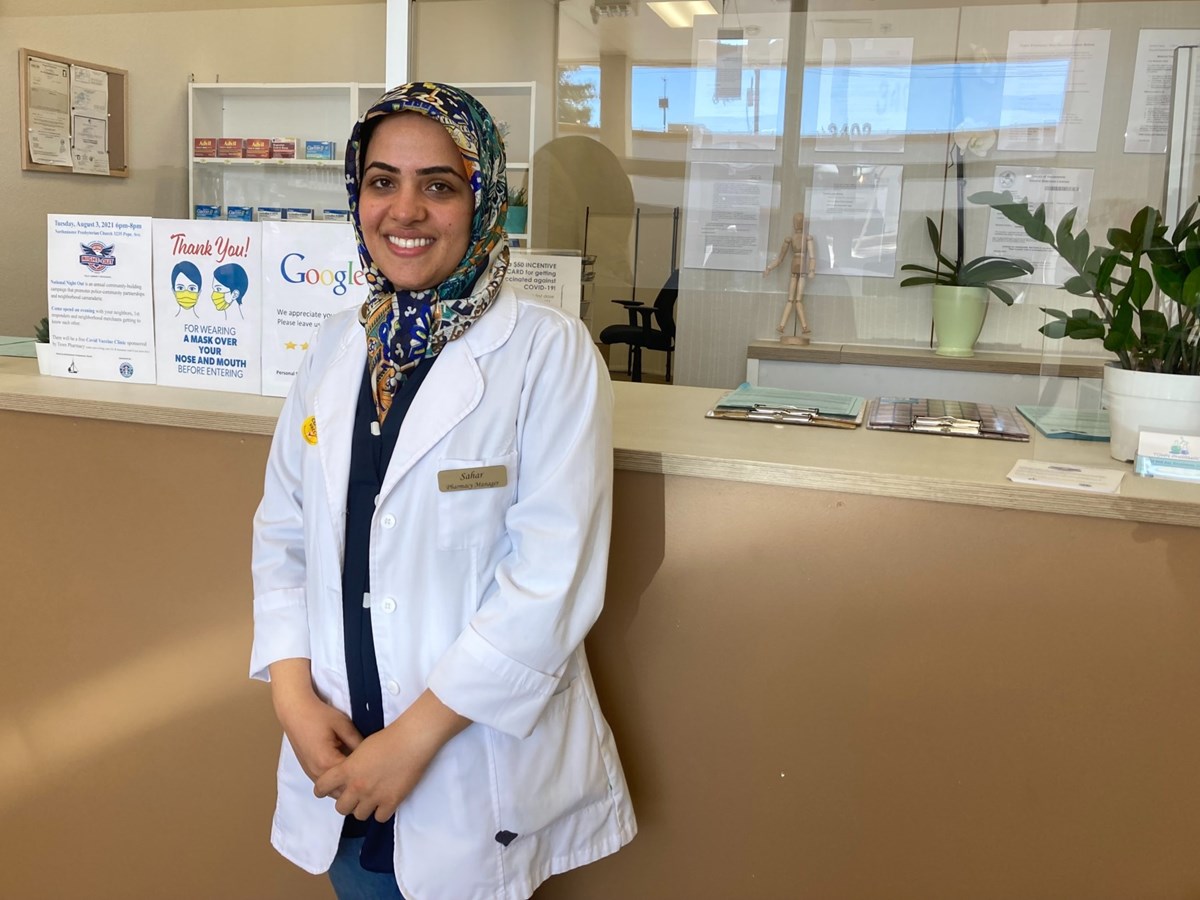 Since December 2019, when the first COVID-19 case was reported in China, over 4.1 million people have died worldwide. That’s compared to the 290,000 to 650,000 deaths annually from flu-related causes across the globe.

Jermaine Dinkins, 47, is also choosing not to take the vaccine — he’s worried about how it’ll react with his body.

“It might be really helping people,” he said. “But if something happens to me, who’s gonna take care of my kids? That’s a hard gamble at this point in my life.”

In California, 0.1% of those who have been fully vaccinated have been infected with COVID-19 post-vaccination. That’s based on people vaccinated from Jan. 1 to July 22, according to the California Department of Public Health.

Under the microscope: A closer look at vaccination rate disparities in Sacramento County

It’s also far above areas like North Highlands and Elverta, where less than 40% of residents are at least partially vaccinated.

Those differences across the county also extend to race. Of the county’s white residents, 48% are at least partially vaccinated. Meanwhile, 34% of Latinx residents are vaccinated, along with 38% of Black people and 47% of people who identify as American Indian or Alaskan Native. Asian and Pacific Islander residents lead the way with 73%.

Areas like Del Paso Heights, Hagginwood, Fruitridge Manor and Valley Hi — where the majority of residents are people of color — all have vaccination rates in the low-to-mid 40%.  They also all fall below the county’s median income.

“In the Filipino community, particularly, we have a lot of nurses and they carry a lot of weight in our community as trusted healthcare professionals,” they said. “Other folks say, ‘I just need my pastor to tell me to take it.’”

Dr. Gina Warren, co-founder and executive director of Neighborhood Wellness Foundation in Del Paso Heights, said her and her staff’s families have been in the neighborhood for generations.

That rootedness has informed her on how to approach community members about the vaccine. Warren has facilitated round-table discussions with Del Paso Heights residents, among other outreach efforts, to better understand people’s perspectives.

“What we don’t ever want to do is force something down someone’s throat,” she said. “You teach, you guide, you answer questions and you give them the same respect that you would want. And then they make decisions.”

For their part, local governments and the state have been doing more than just opening vaccine clinics. California has been offering $50 prepaid or grocery cards as an incentive to people who get fully vaccinated after May 27.

The state also gave out millions of dollars last month as part of a vaccine lottery.

At the county level, Sacramento is partnering with Sierra Health Foundation for a “vaccine ambassador” program that launches in August.

Ambassadors will be sharing information, including “accurate, non-judgmental answers to vaccination questions,” and be trained on health coaching and cultural humility, according to the foundation’s communications officer Samantha Garcia.

They will be from and active in neighborhoods including, but not limited to, North Highlands, Arden-Arcade, Del Paso Heights, Franklin/Fruitridge, Valley Hi and Meadowview.

“Vaccine ambassadors will work with residents in communities with the lowest vaccination rates in Sacramento, including communities of color and our most diverse neighborhoods,” Garcia said via email. “They will interact with community members at highly trusted and frequented community locations, such as community centers, schools, stores and businesses.”

Warren said that community and government leaders have to continue to meet people where they are and share accurate information that matches how people in a neighborhood learn and receive news.

That’s because traditional outreach like pamphlets is not always the most effective.

“We have people who can’t read — there is a language barrier even within English,” she said. “You have to understand the literacy levels in this community and be boots on the ground.”

In the Arden-Arcade area, Anjomshoaa said there are “a lot of refugees and immigrants from Afghanistan, Syria and also Iran. I do speak that language, so this kind of helps them to educate in their own language, especially since most of them have a language barrier.”

To combat physical inaccessibility, Roy said that opening elementary schools in each Sacramento neighborhood as vaccination sites for the rest of summer could also be helpful if people can’t go door-to-door.

“You have an entire neighborhood that’s able to access that neighborhood school,” they said. “We have to target those neighborhoods that have lower vaccination rates right now, because while the vaccinations seem to have hit on these borders, we know that COVID-19 doesn’t recognize them.”

Warren said that in order for some communities to trust the county and its outreach, broader investment beyond vaccine messaging is needed.

“Be concerned not just with COVID-19, but all the other health disparities that we are experiencing,” Warren said. “Our socioeconomic disparities are low educational and economic attainment. Be as concerned about that.”

If you are a Sacramento resident having trouble registering for a vaccine online or wanting to schedule an appointment for someone else, you can call 211.