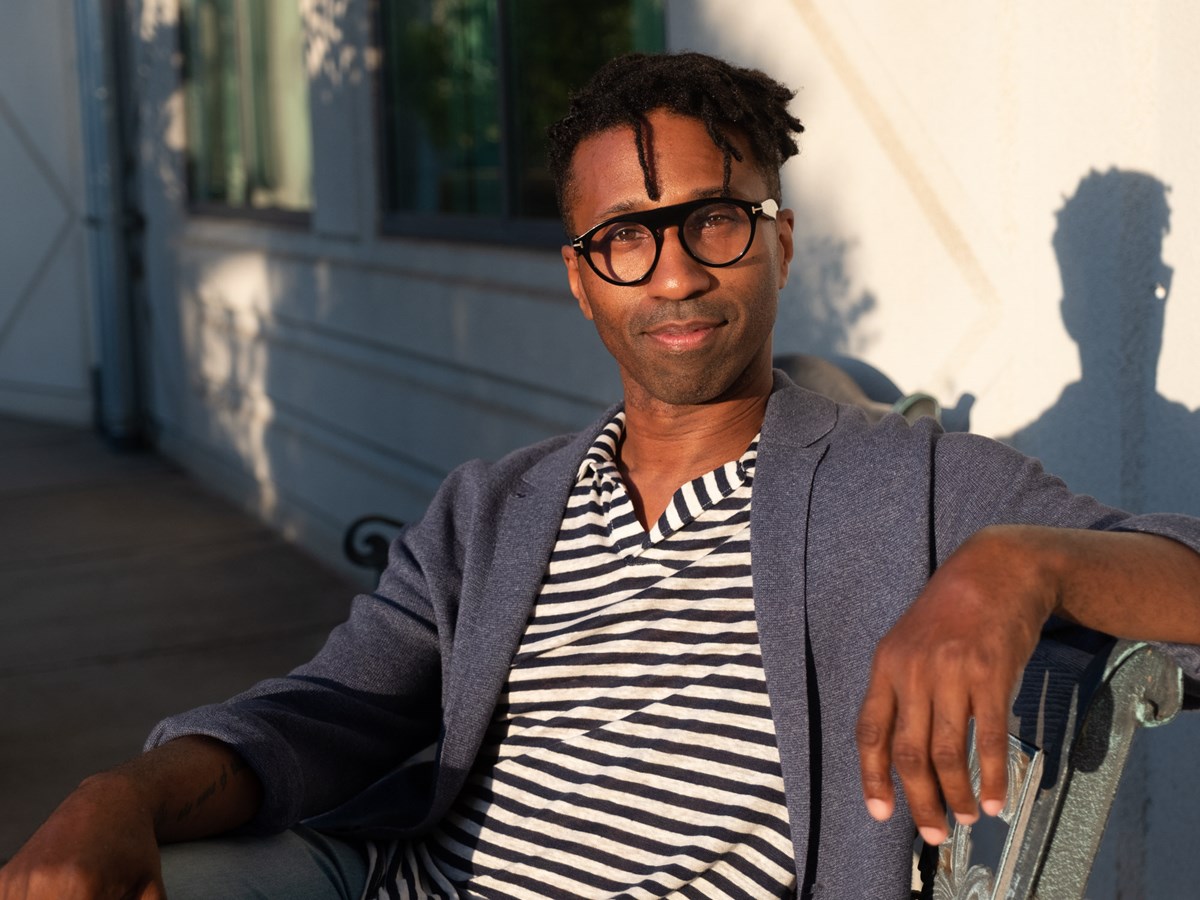 It’s been about a year and a half since the pandemic upended the lives of Americans. While California has been in various states of reopening since mid-June, many health experts are saying we’re not out of the woods just yet.

Indoor masking recommendations have been popping up all over the state, and most recently in Sacramento County. While our current approved vaccines have shown to be effective against variants, the delta variant is starting to rear its head, causing more than half of all COVID-19 infections in the country.

The pandemic lockdown has undeniably changed the lives of many. For a local Sacramento musician and professor, the pandemic has encouraged him to look within himself.

In 2019, and the brief few weeks before COVID-19 exploded in America in 2020, Sacramento musician Omari Tau found himself juggling many exciting new projects.

“I mean, 2019, that time was busy, was vibrant. It was a lot going on,” Tau said in a video interview with CapRadio’s Visual Journalist Andrew Nixon. “I started a new opera company here in Sacramento, Rogue Music Project. We were launching new works that we started at the beginning of last year, 2020 [before the pandemic hit], so we were working on all of that.”

Tau wears many hats — he’s a singer, musician, opera program director, and professor at Cosumnes River College, so when the pandemic hit, everything seemed to halt all at once.

In an interview with CapRadio, Tau discussed the pandemic’s effect not just on musicians but also his innermost self. Since this interview took place in March, Tau has started performing again with other vaccinated musicians. He plans to keep his private vocal studio virtual for a bit longer.

On how it felt when the pandemic shut down college classes, music performances and more

I don’t think [the gravity of the pandemic] really hit me until after we were already shut down —  I figured it would be a temporary thing.

It didn’t settle in that [the coronavirus shutdown] was going to be a long-term proposition until well into it. I was in rehearsals right before I was going to do a couple of pieces with the Sacramento Master Singers. I had some things lined up with the Santa Cruz Symphony.

We were already in talks, and everything was rolling around, and I figured, “well, let’s get past a couple of weeks. Let’s do a little quarantining, and put our masks on and do whatever it is we need, and we’d be back into it.”

It took me a while for it to actually register.

On reconfiguring his career in his home

When finally [Cosumnes River College] said, "you're not coming back to campus to teach for the rest of the summer," I thought, "how is that going to work?"

My home was my refuge. It was away from all of the things. It was "get out of the house, go make art, go make music, sing at an event." I sing at a church, and it's in East Sac, and we would go there Sunday mornings. It was wonderful to get to make music with these wonderful musicians and get my soul touched and then go back into the world.

That's not the case anymore. Everything is here. I've got my keyboard here. I got my microphones here. I got everything here.

As an artist, I feel like I’ve had time to focus on some things I should have done a long time ago, [like] some artistic centuries that I should have gotten into.

So they’re getting some attention — [There were] some books that I’ve wanted to read for ages are getting read. Right now, I’m finishing up Ta Nehisi Coates The Water Dancer. But it’s been so great.

I sat down and finally read it. Baldwin said he read it in one sitting — I did the same thing. It just took a whole day sitting on my balcony. I played some music, trying to get the soundtrack of the book, and I just found that to be so fulfilling.

I would never do that pre-covid; I would never just take a day. There was the world calling, and so there was no way to do that. And even now, the world is calling, but I answer the call downstairs as opposed to down the highway. That saves and saved so much and allowed me a lot.

On the positive outcomes of the 2020 shutdown

I think that one of the good things about what’s come out of this quarantine that I would like to keep is a lot more planning, a lot more consideration not about the physical pods that we’re in, but the community pods.

I have had the chance to really connect with a lot more arts organizations — just have a conversation, a phone call, a conversation about what their season looks like. What kind of music are you making? What do you want? How can we connect?

There’s just been a little bit of a tap the breaks a little bit. Let’s make connections in ways that we haven’t before. I wanted to start a scholarship, and I did this year. I wanted to get other initiatives going for access for Black and Indigenous People of Color — I’ve started that.

The thing that I want to keep is that time, that consideration — sort of making sure that those things aren’t side events, side projects, but our primary focuses.

[I’m also] reminding myself that my art is for me, at its innermost place, and I don’t have to let everybody into that innermost core. Ig et to make decisions about that, and I get to decide where the emphasis is going to be.

[Whether] that’s going to be on a certain style [of music] or a certain historical [musical] element. I get to make a lot more decisions than I’ve allowed before, pre-quarantine. I want to bring that back. I want to keep that alive when we come out of this.