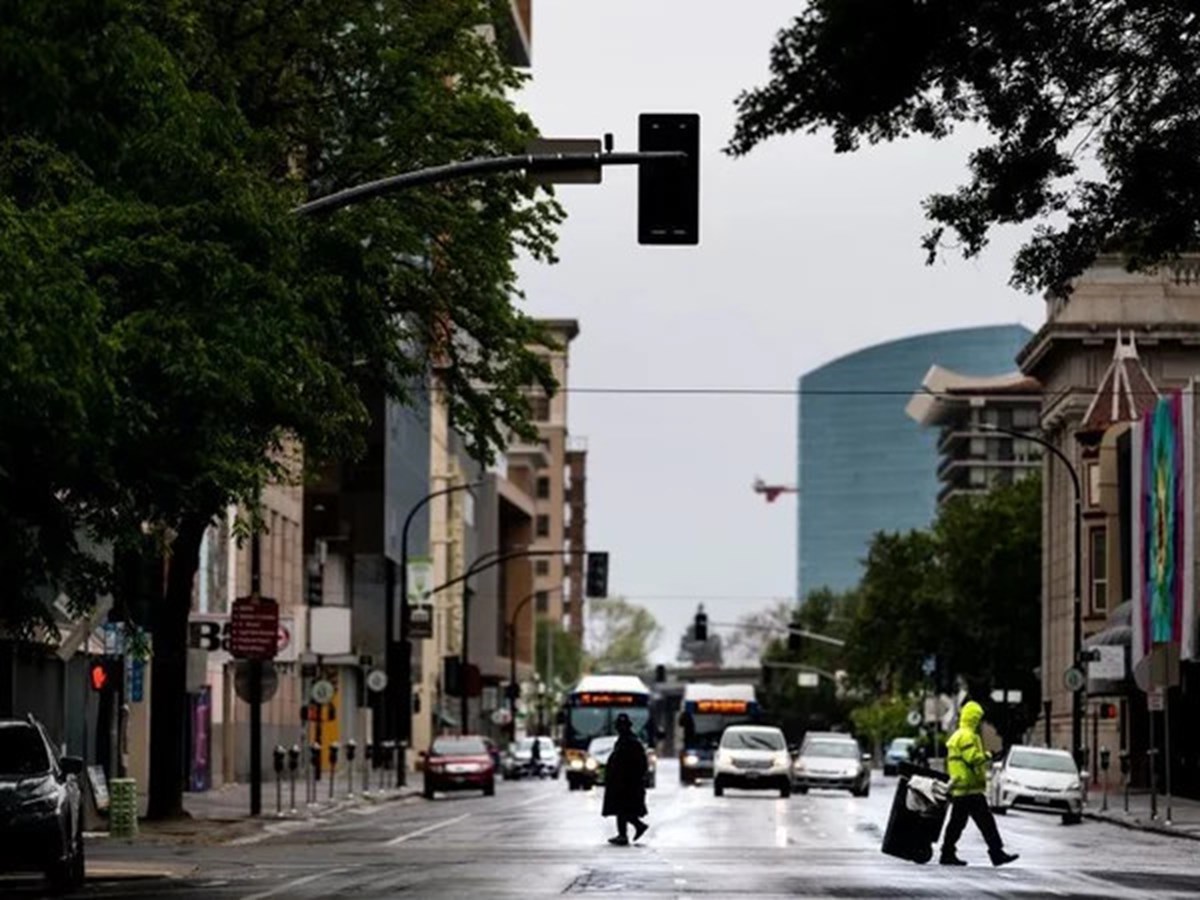 Two men have been indicted for allegedly planning an attack on Democratic Party headquarters in Sacramento, Calif., pictured here in April 2020.

Two California men who were angry about former President Donald Trump's 2020 election loss have been indicted for allegedly plotting to firebomb the Democratic Party's headquarters in Sacramento.

The defendants, 45-year-old Ian Rogers and 37-year-old Jarrod Copeland, are both facing one count of conspiracy to destroy a building by fire or explosives. Rogers has also been charged with firearms and explosives offenses, while Copeland is facing an additional obstruction of justice charge.

Prosecutors say the two men were upset about the outcome of the 2020 presidential election, and wanted to ignite a "movement" to overthrow the government. They hoped to recruit others to their cause, and even reached out to the Proud Boys to try to rally support.

Prosecutors also say that Copeland and Rogers understood that their actions would be viewed as domestic terrorism.

In one exchange of messages from late November cited in court papers, Rogers tells Copeland, "We need to hit the enemy in the mouth." He goes on to say: "I think right now we attack democrats. They're [sic] offices etc. Molotov cocktails and gasoline."

The two men initially discussed attacking the California governor's mansion but quickly shifted their sights to the Democratic headquarters building in downtown Sacramento.

By Dec. 1, court papers say, the men had settled on a plan. Rogers wrote to Copeland: "Do you think something is wrong with me how I'm excited to attack the democrats?"

Prosecutors say the plans advanced over the next several weeks.

According to court papers, on Jan. 4 Copeland told Rogers that if Congress certified the 2020 election results as scheduled on Jan. 6, the two men would "become outlaws for real."

Two days later, Congress did indeed certify the vote, but only after a significant delay because the U.S. Capitol had been overrun by a violent mob of Trump supporters.

The attack on the Capitol left Copeland elated, prosecutors say. He allegedly sent Rogers a string of texts, including "REVOLUTION" "I'm f---ing juiced!!!!!" and "I'm bout to throw my gear on and drive around and punish sombitces [sic]."

On Jan. 11, Rogers messaged Copeland: "I'm thinking sac office first target. Then maybe bird and face offices," which prosecutors say is a reference to the Democratic headquarters in Sacramento, Twitter and Facebook.

"Sad it's come to this but I'm not going down without a fight. These commies need to be told what's up," Rogers adds.

He later added: "Let's see what happens after the 20th we go to war," referring to the date of Biden's inauguration.

An attorney for Rogers declined to comment. It was not immediately clear who was representing Copeland.

Court papers say Copeland tried to delete the records of his messages with Rogers after learning of his friend's arrest. Copeland contacted a militia group leader to let him know. The leader told him to switch messaging apps and to delete everything.

FBI agents arrested Copeland this week at his home in Sacramento.

The government says Copeland poses a danger to the community and is asking that he be detained pending trial.

According to prosecutors, Copeland joined the U.S. military in 2013 but was twice arrested for desertion before receiving an "other than honorable" discharged in November 2016.

After he got out, he joined an affiliate of the Three Percenters, an anti-government militia group, according to the government.

"Copeland's membership in an anti-government militia, and his motivations for planning these attacks are relevant because they are not fleeting or the product of a single, but past, perceived affront," prosecutors say. "His sentiments are deeply felt and long-standing and reflect a believe that the government is illegitimate."