Charity And Politics: California Elected Officials Would Have To Disclose Their Connections Under Proposed Rule 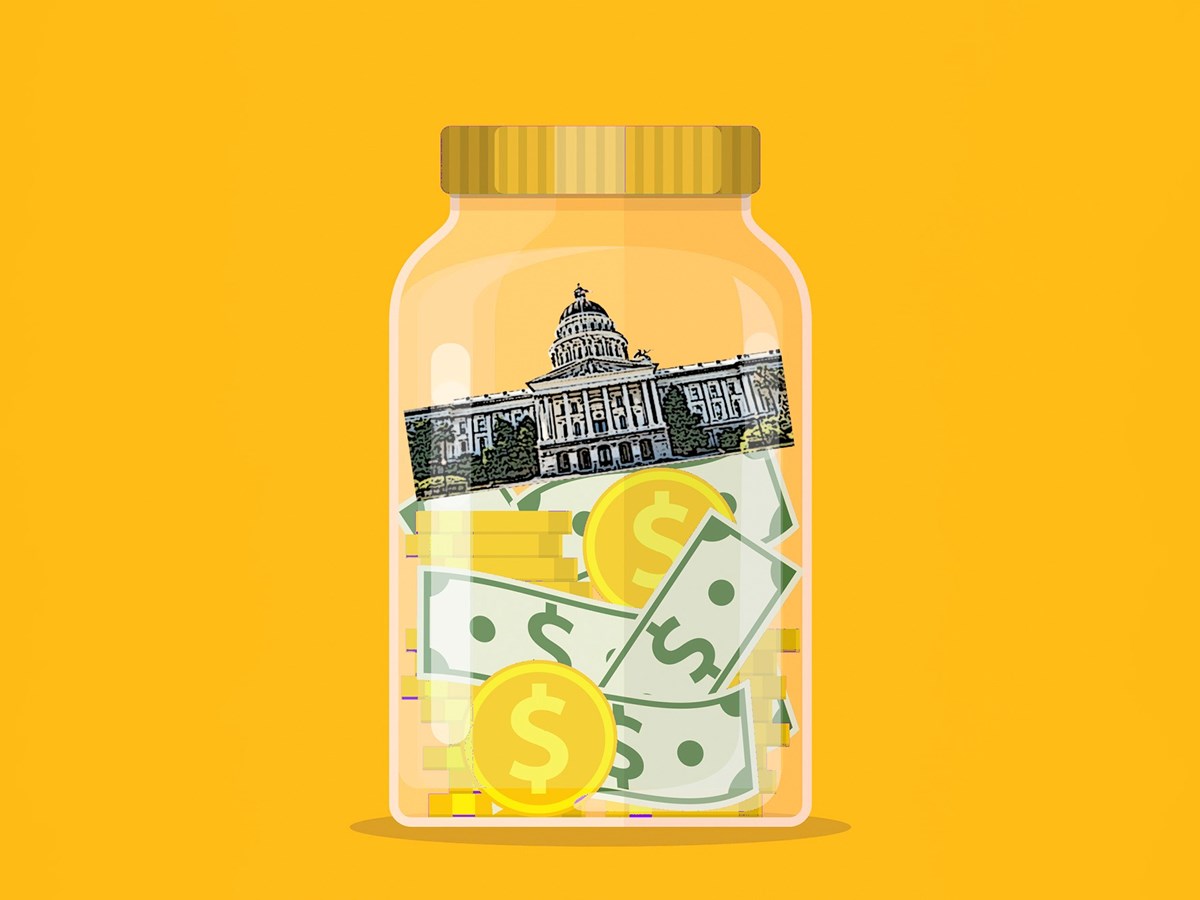 In the months before California lawmakers in June granted prison guards a $5,000 bonus and an 8% raise over the next two years, the guards’ union made a few charitable donations. The recipients included two nonprofits run by the very legislators who were preparing to vote on the pay hikes.

Donations like this — from groups that lobby the Legislature, to nonprofits controlled by legislators, their staff and family members — have been under scrutiny by California’s political watchdog since CalMatters reported last year that they’ve become an increasingly common way for politicians to raise and spend money outside the limits of the state’s strict campaign finance laws.

The investigation found a dozen nonprofits run by state lawmakers and their staffs had reported raising nearly $3 million in 2019; that a nonprofit tied to the legislature’s technology caucus was keeping its donations secret; and that a lawmaker — now-Attorney General Rob Bonta — routinely asked interest groups to donate to his personal foundation as well as to nonprofits that employed his wife.

The money largely comes from corporations and unions with business before the Legislature, who can get a tax break for giving to charity while also currying favor with influential politicians. While the nonprofit recipients may perform charitable work, they also pay for lawmakers to take trips abroad, enjoy steak dinners with tech executives in Silicon Valley and spend weekends schmoozing with lobbyists at the Disneyland Hotel.

Now, after a year of reviewing whether to change the rules governing the transactions known as “behested payments,” on Thursday the Fair Political Practices Commission is scheduled to discuss new regulations:

“These are relationships that raise concerns about the self-interest of the official and the possibility of undue influence or access for the payee as a result of the payment,” the commission staff wrote in a report explaining the proposed rules. “As such, these are relationships with a potential for influence or self-dealing that the public would want to have disclosed.”

The Fair Political Practices Commission is expected to vote on the proposed rules this fall. The commission is limited in how drastically it can change the rules on behested payments, which can only be banned or significantly overhauled with legislation.

The rule requiring disclosure of official decisions that impact the donor comes with a large caveat: It does not include legislation. That means the rule wouldn’t change anything for state lawmakers who routinely vote on bills affecting the businesses and unions they hit up for donations to their nonprofits.

Richard Miadich, chairperson of the Fair Political Practices Commission, said legislation should be treated differently because its impact is usually broad, not crafted in a way that bestows specific perks to individuals or interest groups. Asked about the example of the prison guards union donating to lawmakers’ charities just before lawmakers voted on their raise and bonus — a contract the Legislature’s own analyst described as providing “substantial compensation increases… without clear justification” — Miadich said existing disclosure is sufficient.

He does, however, want to see more transparency in situations where, for example, a city council is deciding the fate of a permit sought by a developer who makes donations to a council member’s charity.

“We need to have a balanced, deliberate approach,” Miadich said in an interview Monday. “I really believe that behested payments do a lot of good to a lot of worthy causes. And I do not want to inadvertently interrupt that, particularly coming out of a global pandemic.”

By contrast, the rule requiring disclosure of donations to nonprofits controlled by politicians and their family members would seem to impact several elected officials at the Capitol. Gov. Gavin Newsom has reported raising $881,297 for the California Partners Project, a nonprofit run by his wife Jennifer Siebel Newsom.

Lawmakers routinely ask donors to give to nonprofits run by their legislative caucuses and in some cases, their family members. Assemblymember Blanca Rubio, a Democrat from Baldwin Park who wields significant power to kill progressive bills as the leader of a bloc of moderate Democrats, reported raising $62,000 for the Rubio Foundation, which is run by her sister Sylvia Rubio. Donors include pharmaceutical, petroleum and dialysis companies that routinely lobby at the Capitol.

“When I vote, it’s about the issue, not about who’s giving me money or who hasn’t,” Rubio told CalMatters. “And I’m very clear with them… that the one does not have to do with the other.”

Rubio pointed out that most donations she requested went to other nonprofits that were not her sister’s. The money she raised for her sister’s foundation helped put on a turkey giveaway at Thanksgiving and fund field trips for kids from a low-income school, Rubio said. She had no objections to the political watchdog’s proposed rule that would require additional disclosure from her.

“I’m happy to follow all the rules,” she said. 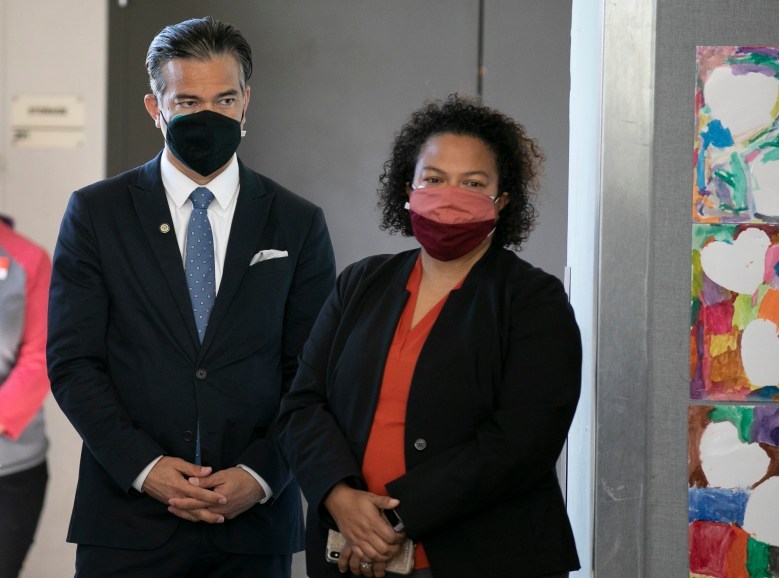 Then-Assemblymember Rob Bonta, left, and his wife, Mia Bonta, at a press conference in March shortly before he was appointed attorney general.Anne Wernikoff / CalMatters

Bonta, a Democrat who was appointed attorney general in March, formed his own nonprofit called the Bonta California Progress Foundation in 2017, when he was an assemblyman. He reported raising $132,500 to it between 2017 and 2020 and said the money has supported dozens of scholarships for students in his district. Last year, CalMatters reported that Bonta paid $25,000 from his foundation to the nonprofit where his wife worked, and helped her employers raise more than $560,000, largely by soliciting donations from companies that lobby the Legislature. The practice is legal, but political ethics experts called it inappropriate.

Bonta’s wife Mia Bonta is now a leading candidate to replace Bonta in the Assembly in a special election on Aug. 31.

Earlier this year, Bonta stepped down from the board of his eponymous foundation and it made several new rules, said his campaign spokesman Nathan Click. “Both Bontas are prohibited by the organization from making decisions about how funds are expended,” Click wrote in a message. “Funds are prohibited from going to any organization that employs either Bonta.”

An explosion of donations

News reports in recent months have highlighted both the explosion of behested payments — with Newsom soliciting $226 million in corporate donations to support the state’s pandemic response — and the proliferation of donations to nonprofits run by political spouses.

Charities run by Annie Lam, wife of Democratic Assembly Speaker Anthony Rendon, received more than $500,000 from companies with business before the Legislature, the Sacramento Bee reported, and a nonprofit run by Newsom’s wife received more than $800,000 from a dozen corporations that regularly lobby state government. However, those donations were not made at Rendon’s or Newsom’s “behest” so would not be covered by the new rules the FPPC is considering.

One thing the commission may consider changing is how donations are reported if they come through a donor advised fund. That’s because such funds can obscure the original source of a donation, the Los Angeles Times reported, raising concerns that donors trying to curry favor with politicians may have found a way to avoid scrutiny. The FPPC is also scheduled to discuss donor advised funds at its meeting Thursday.

The commission has not yet completed its investigation of Assemblyman Evan Low, launched after CalMatters reported that the Democrat from Silicon Valley had stopped reporting donations to the nonprofit affiliated with the Legislature’s technology caucus.