Can You Handle The Truth?: How Misinformation Fueled The January 6 Capitol Insurrection 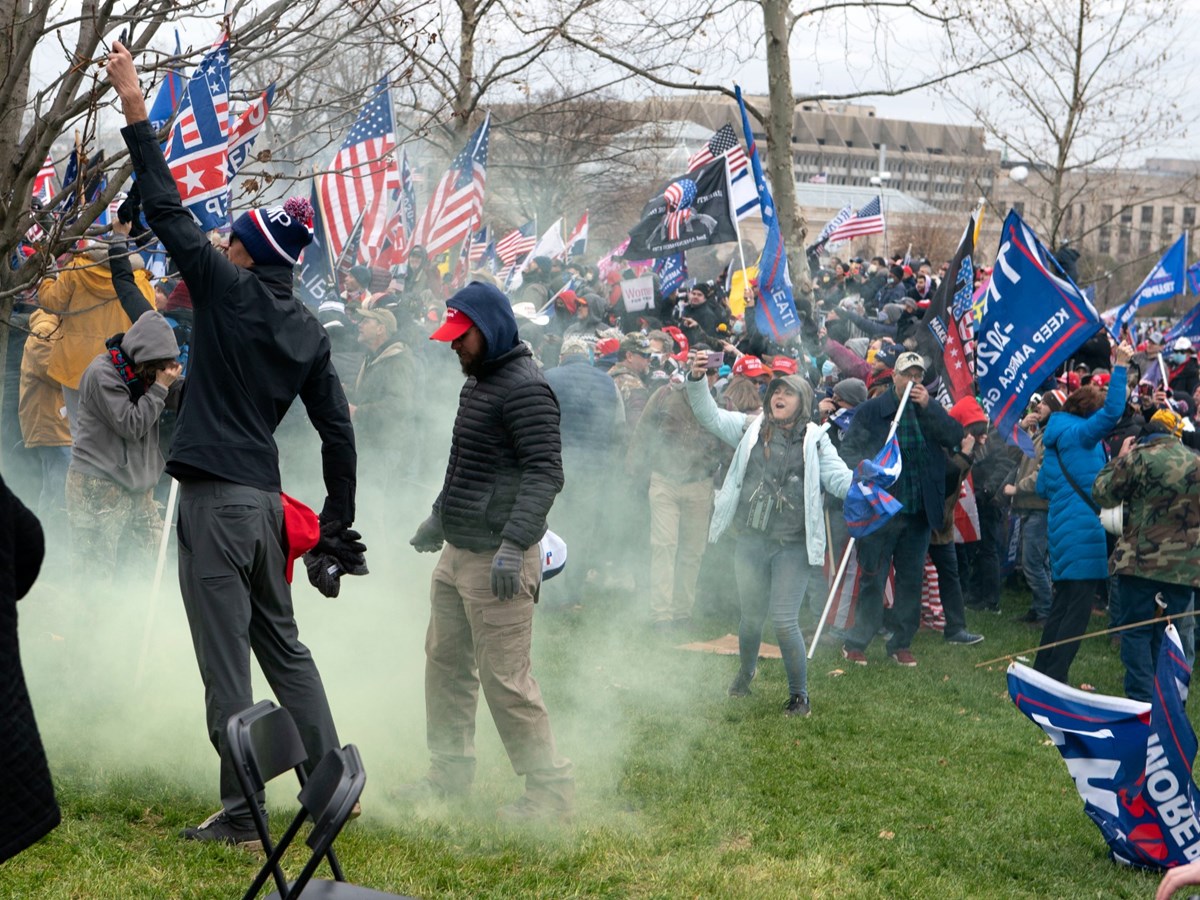 FILE - In this Jan. 6, 2021, file photo, supporter of President Donald Trump protest as U.S. Capitol Police officers shoot tear gas at demonstrators outside of the U.S. Capitol in Washington.

Misinformation played a crucial role in the January 6 insurrection at the U.S. Capitol, which took place six months ago this week.

CapRadio’s PolitiFact California reporter Chris Nichols breaks down the extent to which false claims influenced those who took part in the riot.

On what PolitiFact journalists in Washington, D.C. uncovered about the insurrection

In a recent investigation, PolitiFact reviewed court filings for 430 defendants arrested on charges tied to the riot. These defendants range from current and former law enforcement officials to a Washington, D.C. music teacher to conspiracy theorists here in California.

PolitiFact found many of them saw their actions as patriotic, but they also found they were driven by the lie that the election was stolen and motivated by other misinformation.

[The lie] was really exploited. This lie was promoted for months by former President Donald Trump. It was also repeated over and over again on conservative cable TV channels such as Fox News, Newsmax and One America News Network, as well as on social media.

Some of these cable channels and Trump himself continued to spread these false claims, even as local, state and federal officials verified that this was a free and fair election. Several recounts were held, but they only reinforced President Joe Biden’s victory in key swing states.

Importantly, judges in courtrooms across the country, some of them appointed by Trump, rejected more than 50 lawsuits brought by the former president or his allies alleging election fraud.

In about half of the 430 cases PolitiFact looked at, the court documents showed how false narratives really shaped the lives of these individuals.

There was a music teacher in D.C. who amplified false conspiracy theories on his podcast and YouTube channel — including the baseless conspiracy that the Sandy Hook Elementary School shooting never happened, that former NBA star Kobe Bryant is still alive, and even that Earth is flat.

There was also a 54-year-old woman from Pennsylvania who suggested on Facebook that Democrats “have been trafficking children for years.” A witness testified that she had lost customers at the restaurant where she worked over her views on politics.

They say that many of these defendants truly believe this false information and will continue to spread it.

The experts say it’s really up to the people in power, some who are also spreading these lies but don’t necessarily believe them, to shut this down. Experts say those people need to reject these false narratives.

Editor’s note: PolitiFact has reviewed court filings and other information for hundreds of defendants facing charges related to the Jan. 6 riot at the U.S. Capitol in an ongoing effort to document what role misinformation played. This report reflects our initial findings about the way that hundreds of false claims about the 2020 election being stolen contributed to the events of that day. Our reporting will continue. To comment on this story, please go to our Facebook page. Send feedback or tips via email to [email protected].