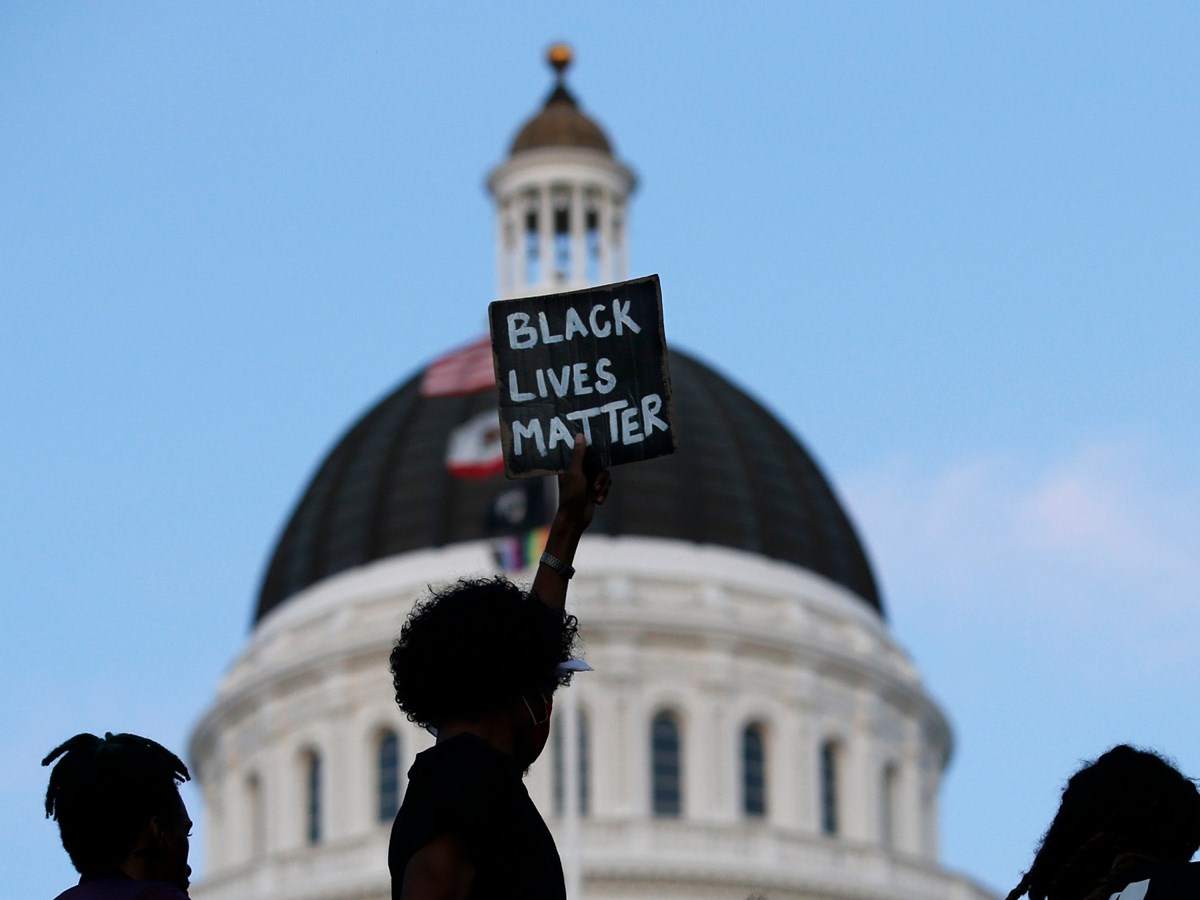 Demonstrators pass the state Capitol during a march to honor Juneteenth, in Sacramento, Calif., Friday, June 19, 2020.

Juneteenth, the most known celebration of emancipation of slaves in America, is now a federal holiday after President Biden signed a bill into law.

There are some Sacramento region firsts surrounding Juneteenth this year. Placer County is having its inaugural Juneteenth celebration. Twiana Armstrong, one of its organizers, said Juneteenth becoming a federal holiday was crucial to building a more authentic picture of American history.

“It’s not just Juneteenth being important to the African American community,” she said. “Juneteenth is American history that, unfortunately, has not been acknowledged and recognized throughout the country.”

The holiday commemorates June 19, 1865, when slaves in Texas celebrated their emancipation after learning about the Emancipation Proclamation two-and-a-half years after it took effect. Still, slavery wasn’t abolished on a federal level until the 13th Amendment was passed the following year.

During their remarks, Biden and Vice President Kamala Harris, the first Black person to serve as vice president, both said Thursday was not just a day of celebration but of action. The first federally recognized Juneteenth will be observed Friday.

“We are gathered here in a house built by enslaved people,” Harris said. “We are footsteps away from where President Abraham Lincoln signed the Emancipation Proclamation. We have come far, and we have far to go.”

The Placer County Juneteenth was organized by the nonprofit organization seeMYchild, which highlights youth accomplishments. Armstrong founded the organization and said the celebration was a great opportunity to engage and educate the community.

“These types of events are important because representation matters, especially when it comes to kids,” she said.

But to some Black Americans, naming Juneteenth a holiday — without passing legislation to provide reparations, prevent redlining and improve safety — is an action that acknowledges U.S. history without aiming to fix it.

Berry Accius, Sacramento youth organizer and founder of mentoring organization Voice of the Youth, said Juneteenth could be commercialized and watered down — especially with laws being passed against teaching critical race theory in schools.

“Don’t just say, ‘This is a celebration, shut up, Black people, be happy,’” he said. “I want real substantial progress that doesn’t look symbolic. This isn’t just a moment in time to be a check-off list for Biden or whoever is president.”

Accius said that if people are recognizing the end of slavery, they should also be recognizing why reparations are necessary.

A reparations bill, H.R. 40, introduced in 1989, hasn’t yet been considered by Congress, but would establish a commission to examine them at the federal level. In California, as a result of Assembly Bill 3121, the task force to study reparations for African Americans had its inaugural meeting last month.

Instead of looking at Juneteenth as a happy celebration, Accius wants people to be critical about the ways he believes Black people in the United States have continued to be enslaved by government regulations and laws.

“If we’re free, why were we having a moment like the Civil Rights movement?” he said. “Why are we fighting against police brutality? You haven’t really, truly, put yourself in a position to clearly clean up all the wrongs done to my people — recognizing convict leasing, redlining, sharecropping, the drug wars.”

Juneteenth events in the region on Saturday, June 19:

Where: The Barn Gallery
Time: 12:30 p.m. - 3:30 p.m.
What: YoloArts and Women in Leadership, Davis close out the Art. In. Action. exhibit, which celebrates African American women throughout history, with music and refreshments.

Where: Johnson-Springview Park
Time: 9 a.m. - 12 p.m.
What: The first-ever Juneteenth Celebration in Placer County, organized by seeMYchild, features a picnic and an array of Black vendors.

Where: Weber Point Water Front
Time: 10 a.m. - 6 p.m.
What: A showcase of Black businesses, music performances, a healing tent and a poetry slam, presented by the San Joaquin Juneteenth Foundation, the National Stockton chapter of The Juneteenth Council, the Black Business Chamber of Commerce, the People's Empowerment Center, Balloons Over Bullets and Against All Odds Podcast.

Yolo Juneteenth had a virtual “Still We Rise” celebration on June 6 featuring a community drum circle, speakers including UC Davis chancellor Gary May and various performances. You can watch the festival here.