Kirstal Reynaga finished her morning routine — and was ready for coffee.

The Sacramento resident says she’s been drinking her morning brew mostly at home for “for months, more than months now” during the pandemic. But on Tuesday, she’d decided to actually go out and buy a mocha at the neighborhood spot.

As she approached the entrance to Old Soul coffeehouse in Midtown Sacramento, however, she realized she’d forgotten something. “I was just totally going to walk in, and I was like ‘Oh wait a minute, I forgot my mask,’' Reynaga said.

On Tuesday, Californians woke up to the possibility of returning to their favorite cafes, stores and shops without wearing face-coverings — if they’re fully vaccinated. They also may not face limits on the number of customers permitted indoors, as Gov. Gavin Newsom lifted the state’s mask mandate and other pandemic restrictions on June 15.

In the greater Sacramento region, this “economic reopening,” as Newsom says, has been in fact gradual over recent weeks. But on Tuesday, residents acknowledged a significant new chapter in the pandemic by celebrating and expressing optimism — but also confessed to remaining cautious.

Joshua Bell, a barista at Old Soul in Midtown on L Street, was eager for the lifting of restrictions.

“It's really nice to have people back in and to have people flowing,” he said, adding that he imagined the day would be busy. “All in all, I think it's amazing that we're finally being reopened in California."

Blocks away at Posey’s General Store in downtown Sacramento, Bonnie Gonzalez said she’s started to see more foot traffic in recent days.“More people are coming out, more people are coming back to work and it’s a positive feeling, especially with everyone getting vaccinated,” she said. 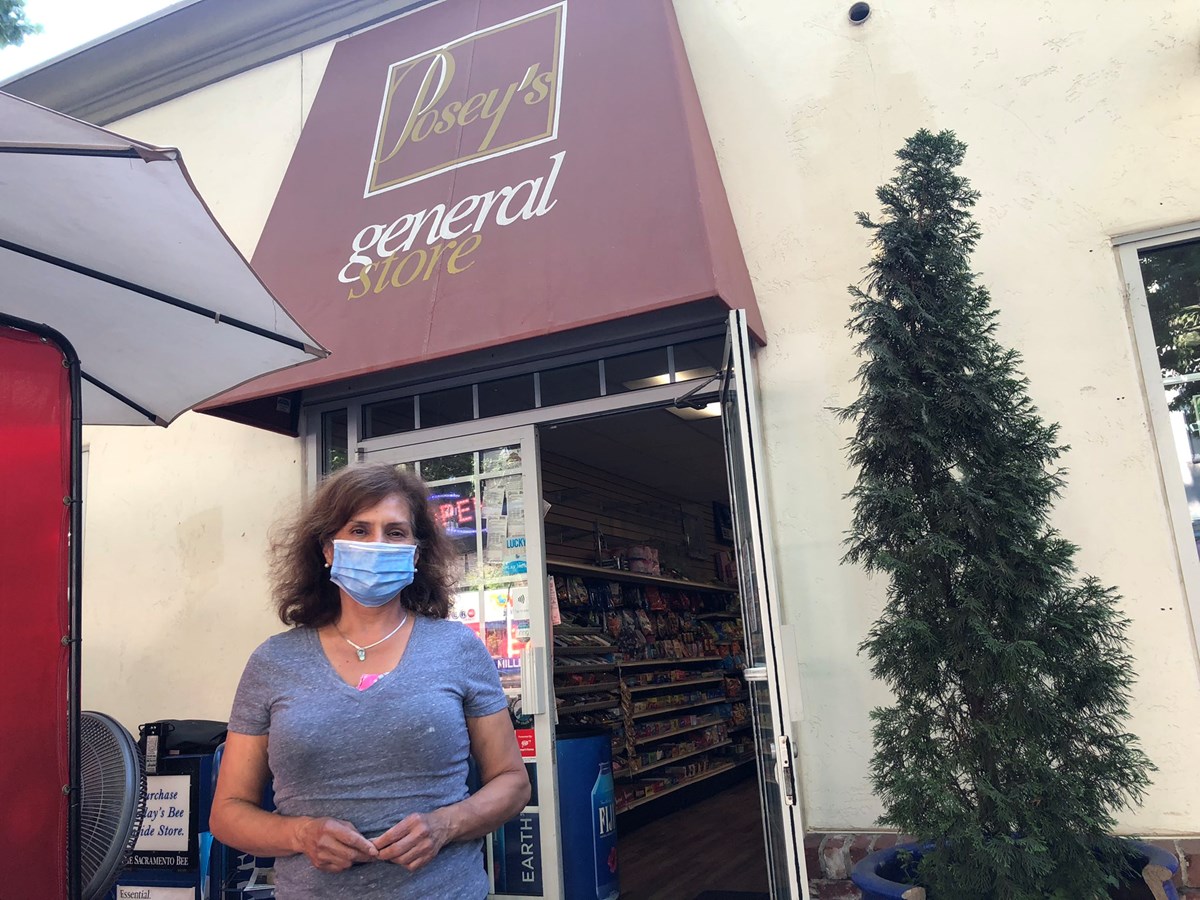 She is going to require that customers wear masks, though, and she’ll also be keeping the plastic panels to separate customers from workers at the register.

“We’re still going to limit the amount of people who come into the store, just as a precaution. Because I didn’t realize how many germs spread, especially in the winter, that’s probably why we all get sick,” Gonzalez said.

Several businesses across the region maintained the status quo of requiring masks for vaccinated customers on Tuesday despite the state’s new rules.

At the Trader Joe’s market in East Sacramento, all employees and shoppers still wore masks when we visited before 9 a.m. And most people at Midtown and downtown coffee shops and businesses also wore masks.

In Yolo County, residents took a mostly cautious approach to the reopening at a handful of stores. At the Nugget Market in Davis, vaccinated customers were allowed to discard their face-coverings — but only one among dozens chose to go maskless.

In Woodland, people inside a Starbucks wore masks. A manager said those who are vaccinated could discard them, but employees would continue.

But in Placer County at the Westfield Galleria at Roseville mall, a sign stating masks as optional greeted customers at entrances. Inside, however, some stores had signs requiring masks. About half of the shoppers wore face-coverings, but many were without.

Vicki Guerra was shopping at the mall with a mask. “I think it's good that you get to make choices. People are tired, and if they're vaccinated they should be able to go without it now,” she said, adding that she wasn’t yet vaccinated because she’s “on the road all the time,” although she plans to get the vaccine when she is finished traveling. 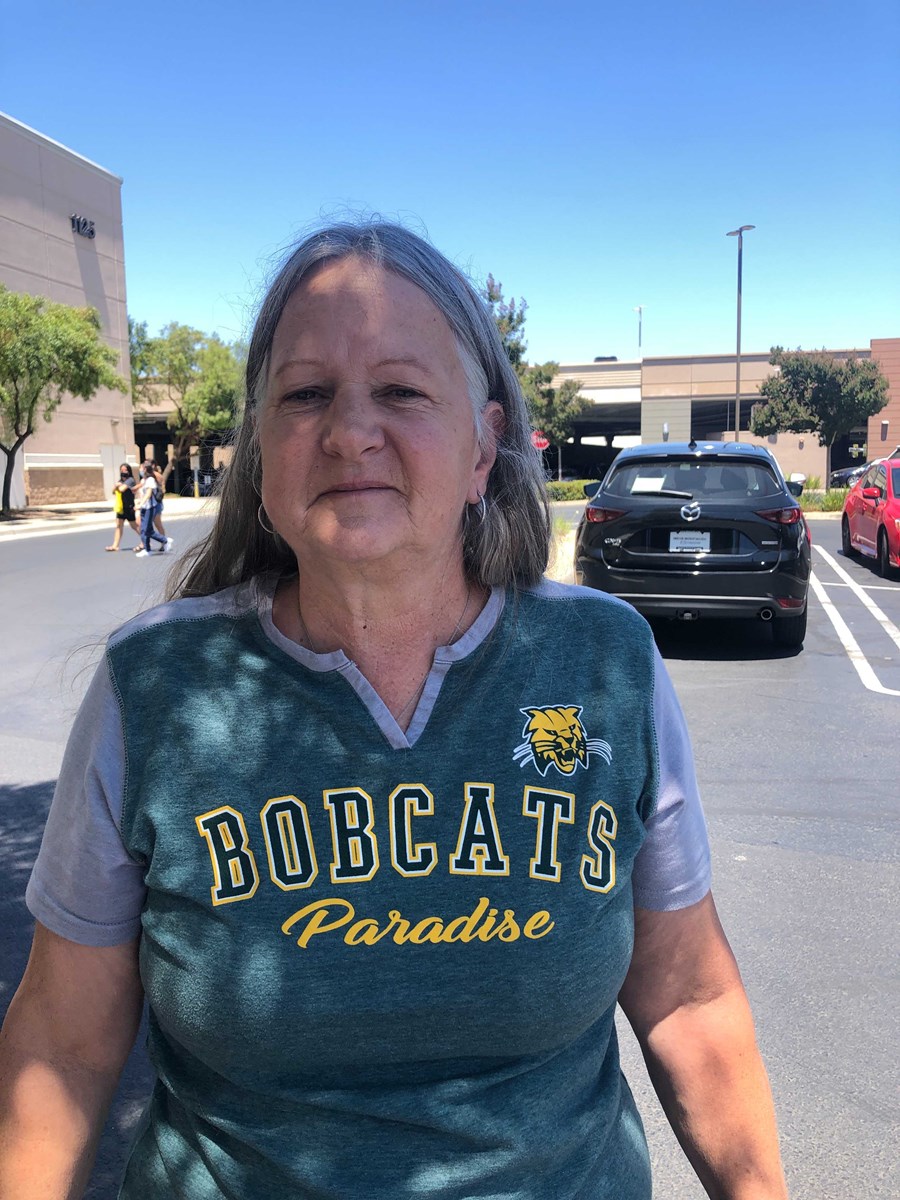 With nearly half the California population fully vaccinated against the coronavirus, many residents felt relief to have the stay-at-home order lifted on Tuesday after 453 days. But there were some who say it was still too soon to throw out certain requirements.

Bill Westerfield was shopping in Old Sacramento, and said he was excited to “return to normal life,” but that he was “concerned” the city was doing it too early.

“I feel like the governor set a date that he thought things would be right … even though the health situation and various committees around the state doesn't warrant a complete reopening. So I think we're a little too fast,” he said. 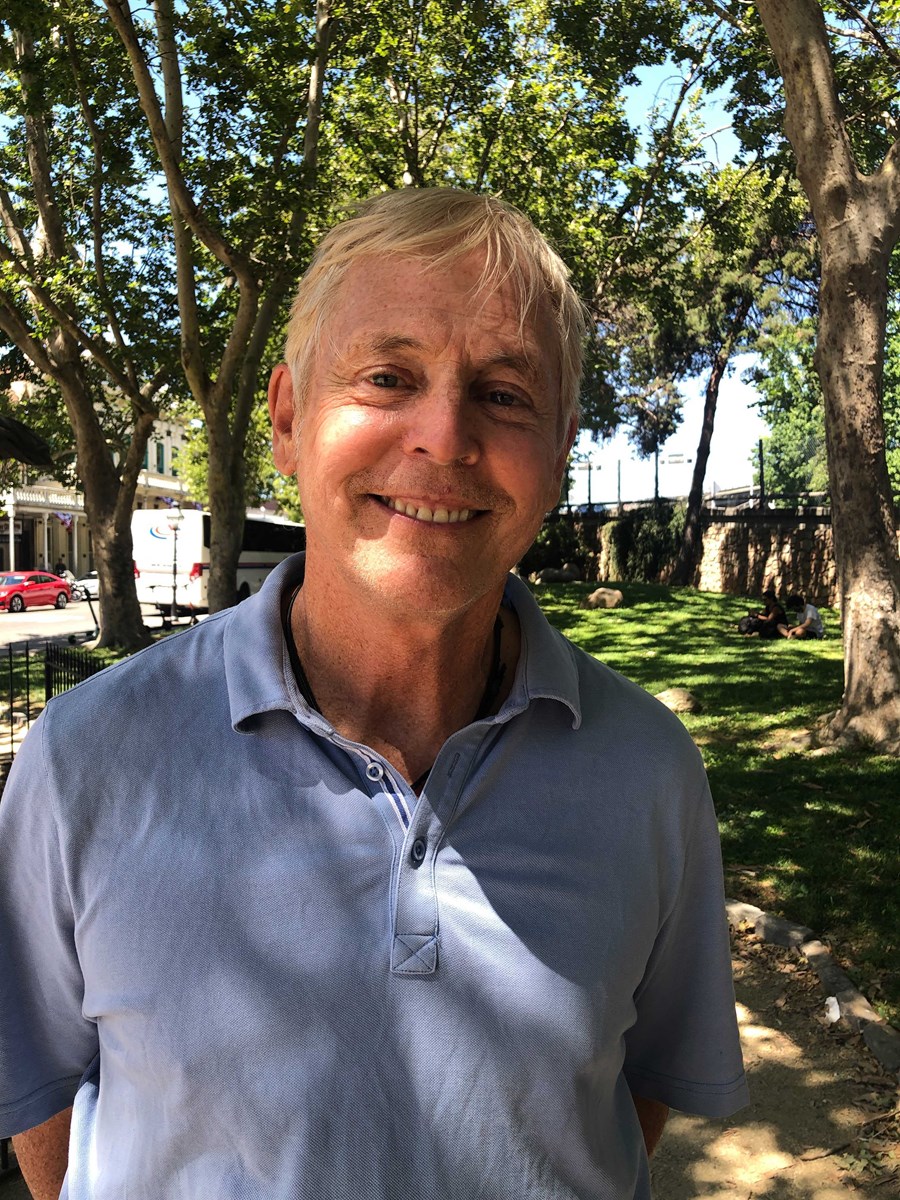 The board for Cal/OSHA, the state’s agency that oversees workplace safety, has yet to finalize mask and distancing guidelines for employers; it is scheduled to vote on new rules Thursday. And many counties, including Sacramento, were experiencing widespread coronavirus transmission in the “orange” tier — until the state retired it’s tiered-ranking system as part of the reopening.

Thomas Verduzco was on his route delivering fresh bread to nearby restaurants in Midtown Sacramento on Tuesday morning. As part of his job, he has to be in a number of kitchens, and worries about what increased capacity and fewer masks will mean for the health and safety of service industry workers.

Some of his family members also contracted COVID-19 earlier this year, so he’ll be staying cautious: wearing a mask and eating outdoors only, regardless of what the state allows.

“It is what it is at this point,” Verduzo said of the reopening. “There’s not really too much I can do at this point aside from care for myself and the ones around me.”

But most residents in the region were enthusiastic to emerge from a difficult pandemic experience.

At the World Class Faders barber shop in Oak Park, Andrae Lewin was cutting hair and eager to stay busy. He acquired his barber’s license in January 2020, but quickly ended up unemployed. Last fall, he finally returned to the job — only to see another COVID-19 surge. 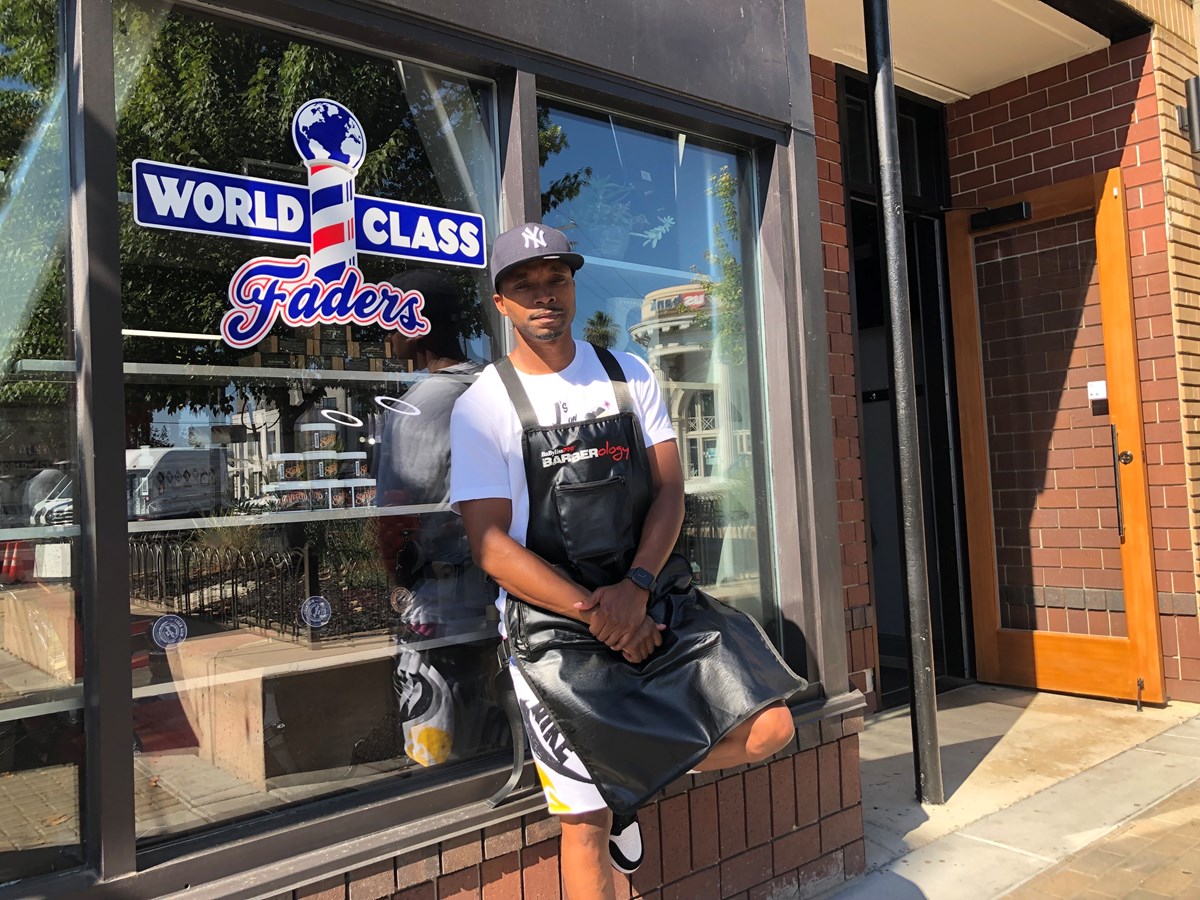 Now, he’s hopeful. “It’s summertime, we’re reopen, and everyone has pretty much got their COVID hairstyle so everybody wants to get their hair styled, so I’m pretty sure we’re going to pick back up,” Lewin said.

In San Joaquin County at InShape gym in Stockton, customers pumped iron and ran on treadmills. If they were fully vaccinated, they no longer needed masks. Before Tuesday, all guests were required to make reservations because of limited capacity. But now, everything is open without limits.

InShape, which has clubs from Yuba City to Cathedral City, declared Chapter 11 bankruptcy in December and was forced to lay off 2,400 workers. But now it’s building back up, according to manager Joe Schillace.

“Literally yesterday, I’m over at a drive-through and the person in the window was ‘Hey, is InShape open again? I’m going to see you tomorrow,’” Schillace said. “So, we’re fired up about where we’re going.”

Sophie Welk started at the Bohème thrift store this April, but feels comfortable about the reopening because “a lot of people in Davis have been getting vaccinated.” 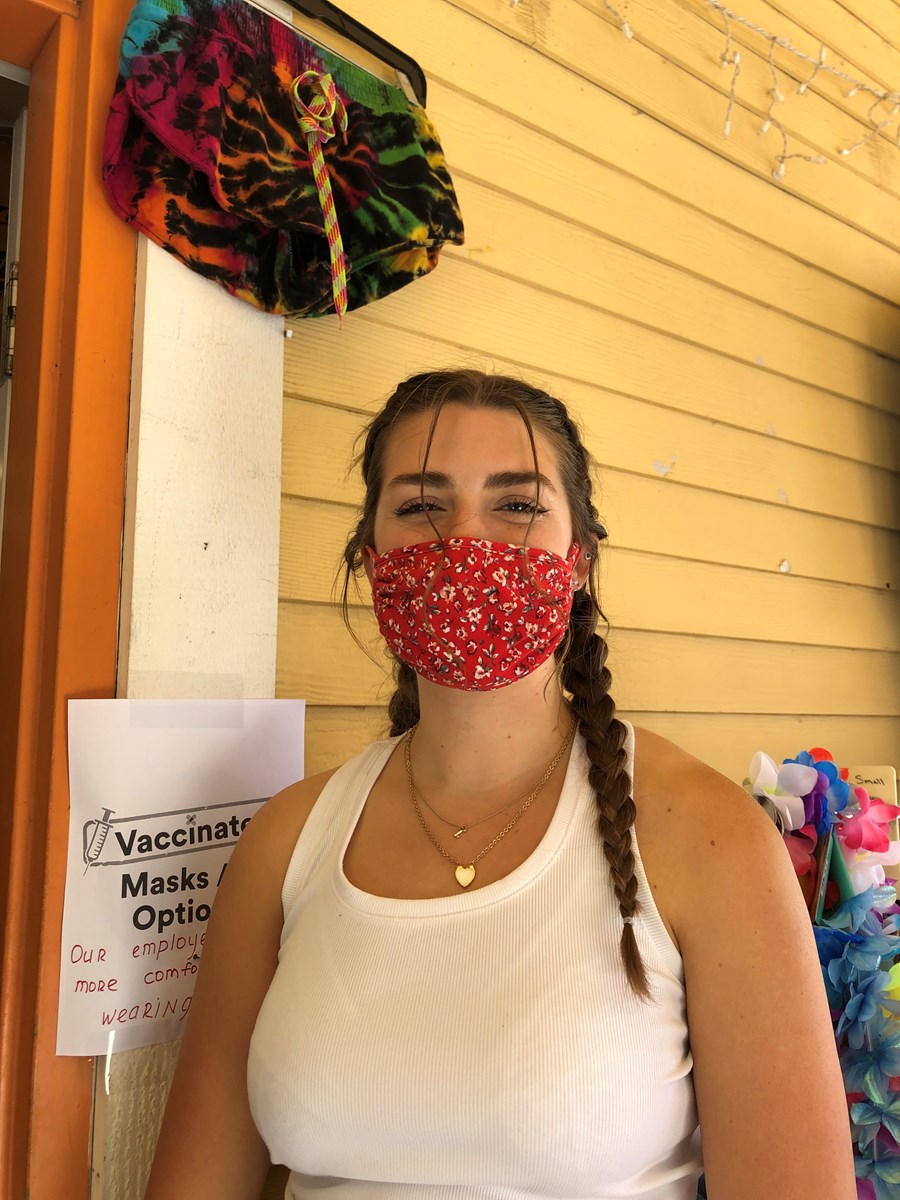 “There's still some uncertainty there, but it's still nice to know that things are able to open back up,” she said.

Kanapa Yungvanitsait lives in Davis and owns Red 88 Noodle Bar downtown. “For this week, we’re trying to maintain the same policy where all the employees wear masks, and the customer … if they choose to come inside, we’ll ask them to wear masks,” she said.

Avri Aldis, who works at Massage Envy in Davis, says she is excited for “a lot more people coming in” for treatment. “We’re still keeping our masks on for the time being, but that’s good,” she said, adding fully vaccinated customers were welcome to dine without them.

And Rachel Schauerman, a UC Davis student who also works at Bohème, says she's required to mask-up at work. But she'll keep one on while off the job, too. 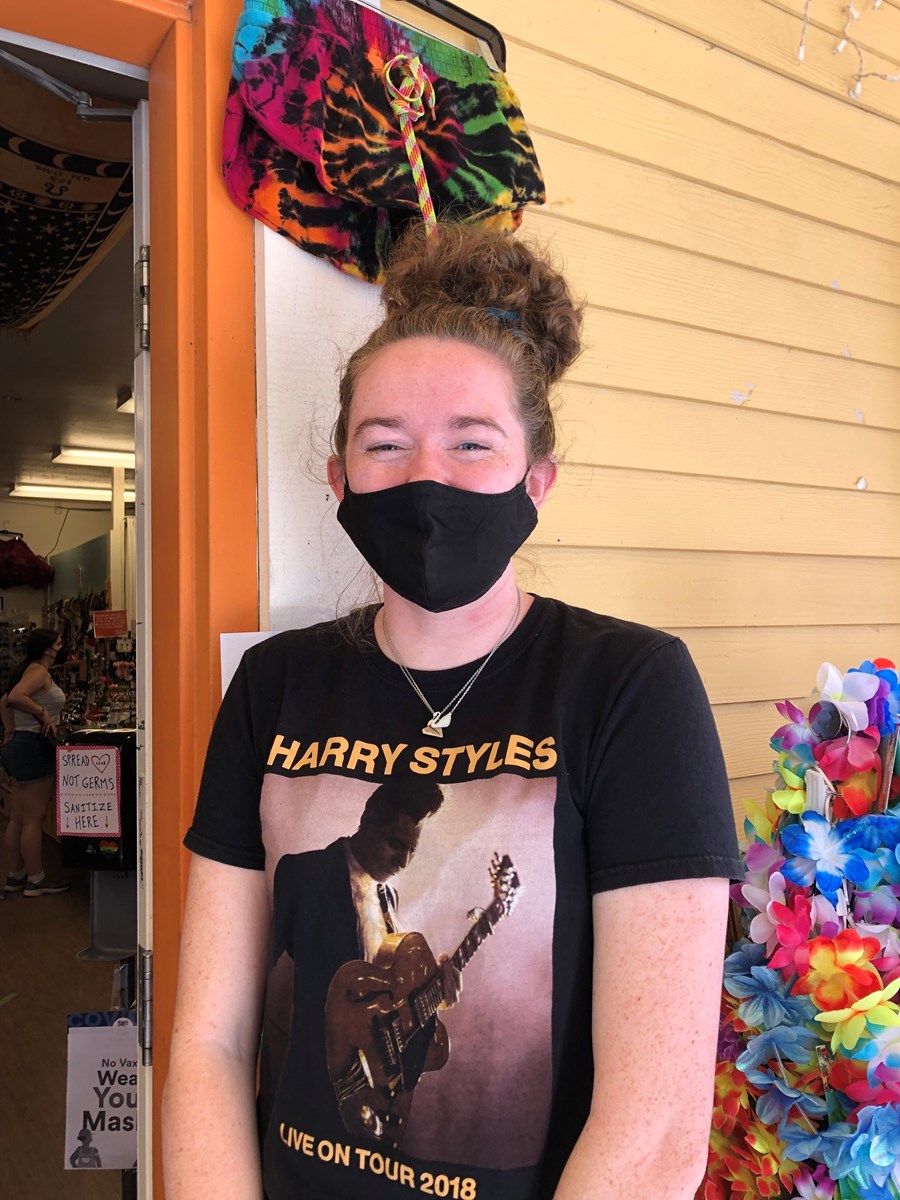 “Wearing masks for me is kind of like a habit, so I'm keeping mine on and also I can't be sure who's vaccinated and who's not,” she said.

Schauerman was hired during the pandemic and says Tuesday’s reopening has one significant benefit:

Correction: A previous version of this story mischaracterized Bohème. It is a thrift store.