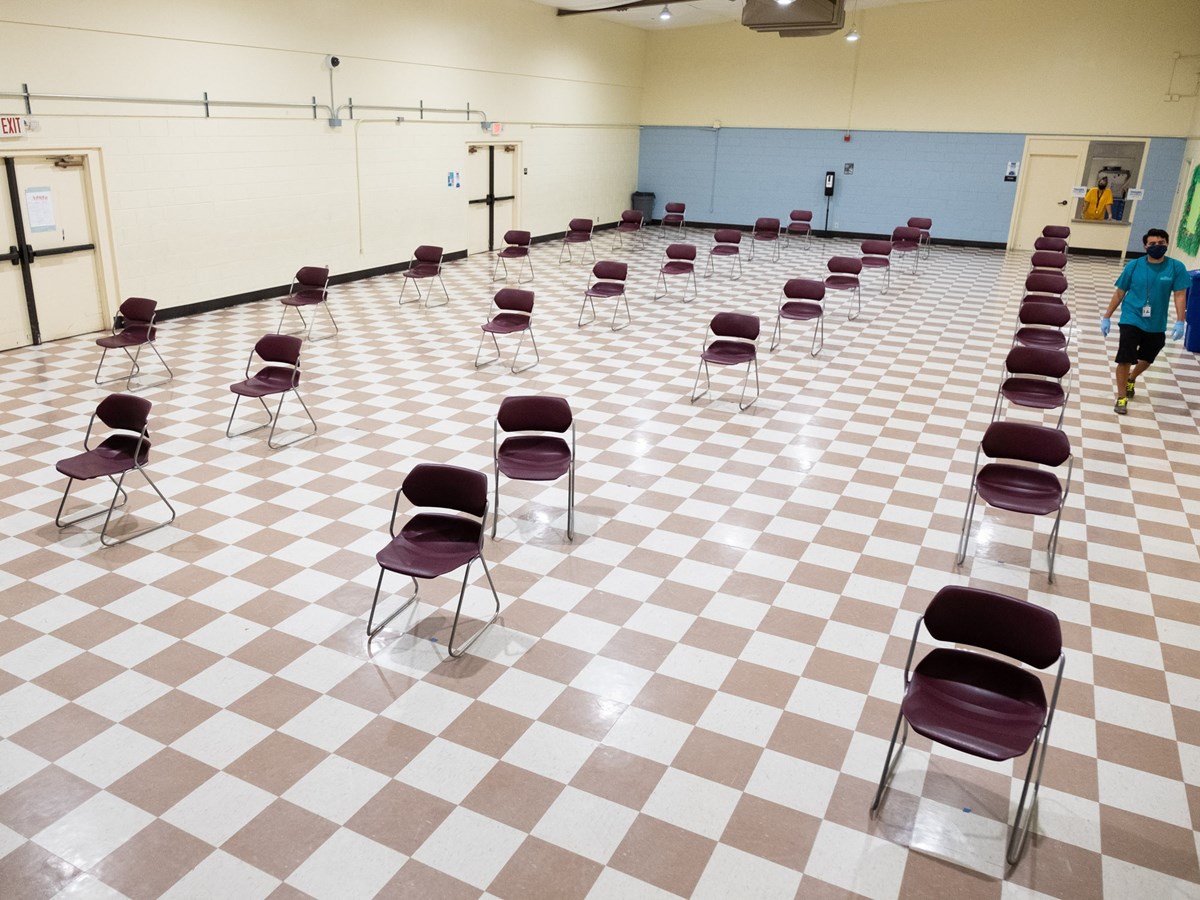 Social distancing will be required among guests at the Hagginwood Community Center, Friday August 14, 2020.

Updated June 15 to note that Sacramento and Elk Grove will move their cooling center openings up to Wednesday, and adding information for Rancho Cordova and Sacramento County.

The centers in Sacramento will open at:

Each will be open from 12 p.m. to 8 p.m. from Wednesday through Saturday, according to city officials.

The Elk Grove cooling center will be located at:

It will be open Wednesday through Friday and operate from 12 p.m. to 8 p.m., according to a city press release.

The Rancho Cordova center will open at:

It will be open Wednesday through Friday from 2 p.m. to 8 p.m.

The National Weather Service issued an excessive heat watch starting at 11 p.m. Thursday through 9 p.m on Saturday. It said high temperatures will range from 100 degrees to 113 degrees in the valleys and foothills.

Sacramento officials are prepared to extend operations at the cooling centers as needed, Daniel Bowers, the city’s director of the Office of Emergency Management, said in a press release. The cooling centers will operate in accordance with the state’s mask guidance, the release added.

Officials said Sacramento Public Libraries, including the Library Galleria downtown, will also be open to all residents this week and open during normal business hours. They encouraged residents to check the library website for hours.

City of Sacramento emergency management officials will also work with community partners to hand out water to people in need, including at safe ground sites where homeless residents are allowed to camp and live in their vehicles. Those are located near Southside Park and a city-owned dirt lot near the Sacramento marina.

Also starting on Wednesday, Sacramento County officials plan to keep five Department of Human Assistance service centers open until 8 p.m. to provide relief, according to a press release. Typically, the offices are open from 8 a.m. to 4 p.m.

The centers are located at:

The extended hours begin Wednesday and continue through Friday until 8 p.m. A center at 1725 28th St. in Sacramento closed Friday because of a broken air conditioner.

The centers will be open from 2 p.m. to 8 p.m. on Saturday and Sunday.

“All community members are welcome,” the county press release said of the centers. “Protective facial coverings will be required and provided to all visitors that do not have them. Pets must be on a leash or contained in an animal carrier at all times.”

In addition, county officials plan to distribute motel vouchers to homeless residents starting on Tuesday to provide shelter ahead of the hot weather. The county works with homeless outreach partners to identify those with the greatest need for vouchers, such as unhoused families and those who are elderly or sick.

Officials said they expect to keep the severe weather sheltering program active until Monday when temperatures are expected to drop measurably.

Advocates for the region’s homeless residents have for years called on Sacramento and other communities to open emergency warming and cooling centers more frequently. Sacramento Mayor Darrell Steinberg urged the City Council in March to open the centers year-round.

The council voted to eliminate weather-based criteria that restricted when the centers could open, but did not act to immediately keep them open all year.