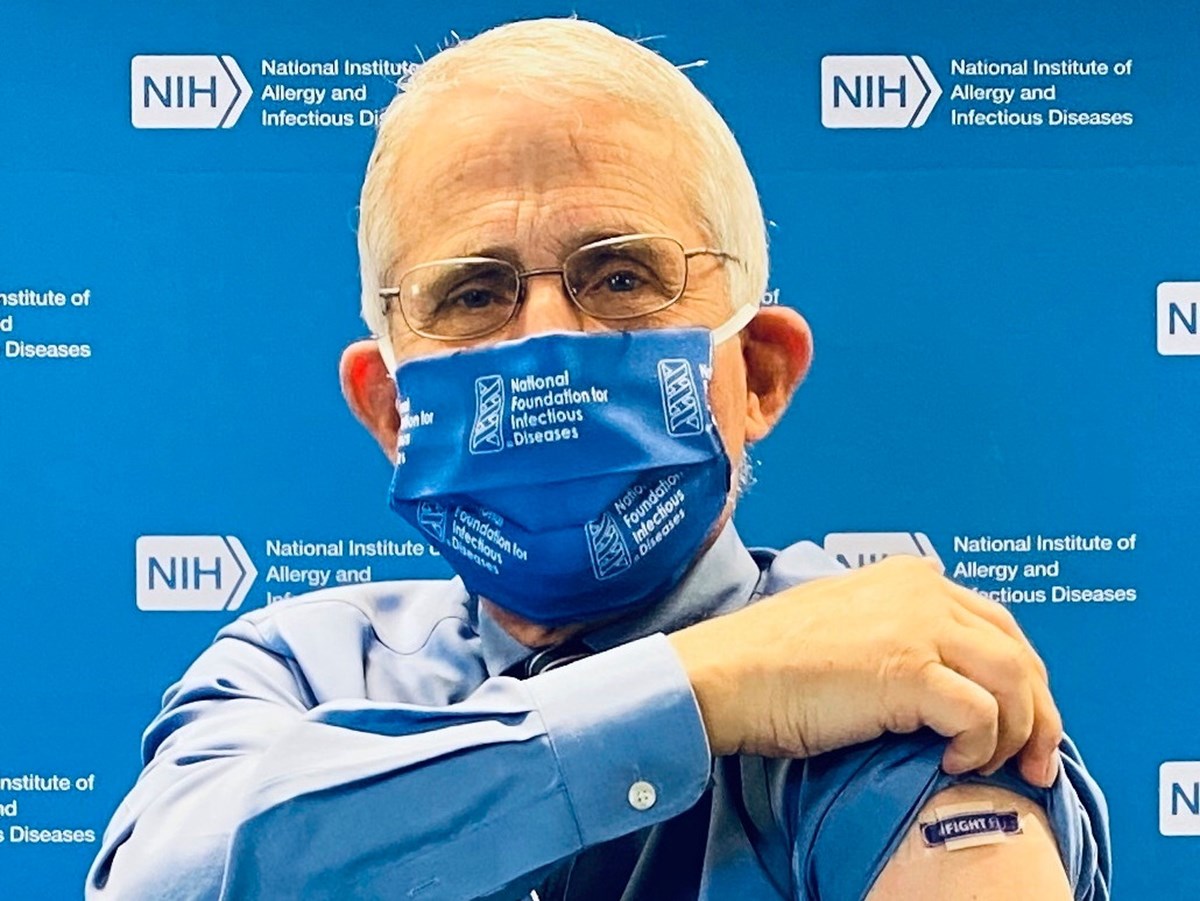 In September 2020, Anthony Fauci, director of the National Institute of Allergy and Infectious Diseases, shows a bandage on his arm after receiving an influenza vaccine to kick-off the 2020-2021 flu season with the NFID in Bethesda, Md.

Some emails that Dr. Anthony Fauci sent during the early stages of the coronavirus pandemic have been released, leading to a new round of misleading posts on social media.

On how these emails came to light

Fauci, who is the longtime director of the National Institute of Allergy and Infectious Diseases, wrote these emails in the winter and spring of last year.

But they were not released through some unsanctioned or underhanded way. Instead, the federal government provided these emails to The Washington Post and BuzzFeed News after they filed Freedom of Information Act requests.

That act gives the public the right to request access to records from any federal agency. The news outlets then published many of these emails in their news reports.

These claims make the false argument — one that we’ve heard a lot over the past year — that masks are ineffective in preventing COVID-19.

They essentially say that Fauci lied to the public about masks, and they take him out of context. They do this by citing one of his emails from early February last year, where he recommends mask-wearing only for people infected with the virus.

That was the consensus at the time, and mask-wearing was not common until later on. The guidance from Fauci and other experts changed in April last year, as more evidence about the virus and its transmission emerged.

That’s when mask-wearing was widely recommended. It came after clearer findings that showed the virus could be transmitted by people who showed no symptoms.

PolitiFact rated the claim about Fauci lying about masks as False.

On the other false claim that Fauci "lied" about rheumatoid arthritis and lupus medication, hydroxychloroquine for COVID-19.

Hydroxychloroquine is also the medication former President Donald Trump famously touted. The emails show that Fauci did express interest in the drug early on, but he also said that more data was needed to prove whether it was effective.

So, his comments in the email are in line with what he's said in public and with the general scientific agreement on the drug.