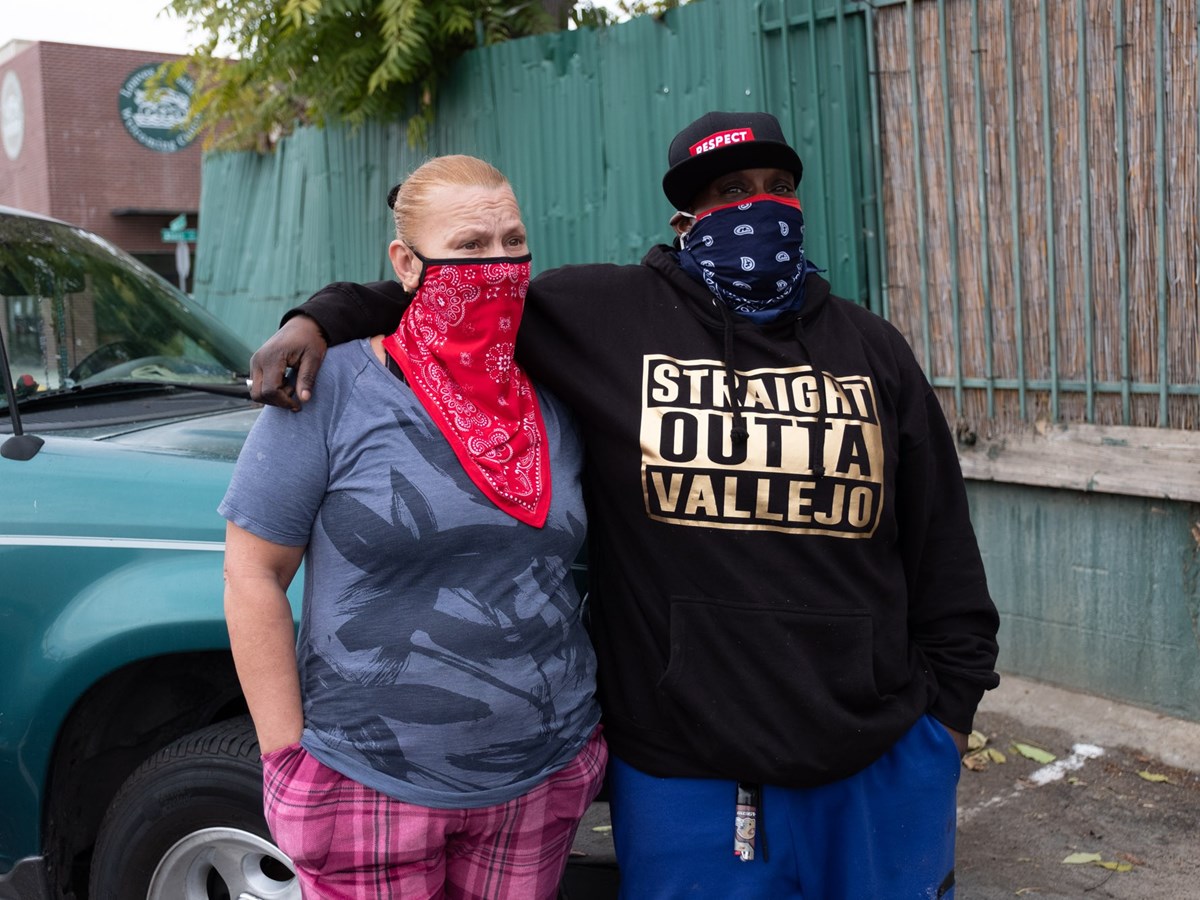 Stanberry had fainted earlier in the day while driving their car, Chavez said.

A year later, Stanberry has a heart condition she said she keeps in check with medication. But like many homeless Sacramentans, she has no permanent place to cool off.

Despite repeated calls for action and the death of unhoused residents following a powerful storm last winter, Sacramento has yet to open the year-round emergency warming and cooling centers that city leaders said at the time were necessary to protect homeless residents. These barebones facilities offer respite from the elements, plus snacks and water but fewer services than traditional homeless shelters. 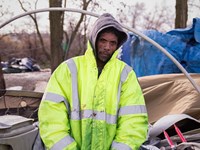 “They’re making all these promises including these cooling centers and they’re not keeping them,” Chavez said, noting she and Stanberry will rely on their Honda CRV for shelter starting on Friday because they’re being forced to leave a motel where they’ve stayed for the past three months.

Temperatures in the Sacramento region are expected to remain in the 70s and 80s over the next few days, though the National Weather Service expects they’ll climb to near 100 degrees by the middle of next week.

“Those (cooling centers) are very important, especially when the heat comes,” she said. “Being in the sun, taking medications, it’s just all bad.”

City leaders said they haven’t given up on the plans for the shelters, which officials call triage centers, even if they’re taking a while.

Mayor Darrell Steinberg said this week the city’s goal is to open some form of emergency shelter year-round.

“That, in fact, is what we are in the process of doing,” the mayor said. “And it is taking some time.”

Steinberg said plans for the triage centers will be voted on next month as part of the city’s master plan for homeless housing, shelters and camping sites, describing the emergency shelters as one piece of a larger array of solutions. That vote was initially expected this month. 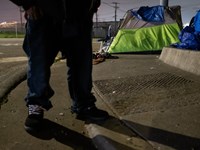 He’s been calling for the shelters to open year-round for months. In March, Steinberg wrote in an op-ed in the Sacramento Bee, “I am asking the council to commit to keeping overnight shelters open year-round, regardless of the weather.”

But there was never a commitment by the council to open year-round emergency shelters right away, said Mary Lynne Vellinga, the mayor’s spokesperson.

The city kept its warming centers open through the end of March and connected many of the people who used them to services, Vellinga added. City officials then turned their attention to other solutions, including establishing safe ground camping and parking sites for homeless residents.

Currently, the triage centers open only on rare occasions.

Sacramento opened two emergency cooling centers during the Memorial Day weekend heat wave, but only from 10 a.m. to 6 p.m. on the hottest day. Temperatures soared to 106 degrees on Memorial Day, the day they opened, a record-tying mark for downtown Sacramento.

Waiting On A Promise

Advocates say the facilities should have opened long before the heat arrived and remained open much longer.

“They promised there would be triage centers 24/7,” said Bob Erlenbusch, executive director of the Sacramento Regional Coalition to End Homelessness. “It doesn’t matter if it’s 50 degrees, 60 degrees, 80 degrees or 110. They should be open. And it hasn’t happened.”

Steinberg said it was “a mistake” for city officials to close the two centers at 6 p.m., near the hottest part of the day.

Tim Swanson, a city spokesman, confirmed officials will keep the centers open until 8 p.m. in the future as long as forecasts show appropriate cooling by that time.

In March, the City Council voted to do away with rules that tie the opening of the triage centers to the most extreme weather conditions. 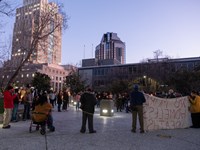 City officials say it costs $1,900 to operate a warming or cooling center for 12 hours. They also say that few people take advantage of the facilities, though advocates say that’s because not enough is done to advertise the centers or provide transportation to them.

There are no plans to open cooling centers in unincorporated parts of Sacramento County, said Janna Haynes, a county spokesperson. Instead, the county hands out motel vouchers to homeless residents when summer heat reaches excessive levels for at least two days within a five-day forecast, she said.

Haynes said the county’s program is still new and doesn’t yet have a specific definition for excessive heat. She added, however, that it considers temperature, humidity and air quality in deciding when to launch the program.

be reached,” Haynes wrote in an email. “It offers several days of stay (compared to an overnight/daytime stay at a cooling center), and it allows people to shelter with pets and partners and in privacy.”

‘The Homeless Should Be A Priority'

Chavez said she worries efforts to help homeless residents like herself will be pushed to the side as Sacramento and cities across the state reopen this month.

In downtown Sacramento, she said she’s already finding fewer wash stations and portable restrooms that had been set up during the pandemic to help curb the spread of the virus among unhoused residents.

She noted that a statewide moratorium on evictions ends June 30. And Project Roomkey, a statewide motel program that sheltered tens of thousands of homeless across California is winding down.

In the meantime, she said, homeless residents like herself and Stanberry are struggling to stay sheltered and to stay cool.

“The homeless should be a priority,” Chavez added. “I don’t think we have enough people standing up for the homeless and helping us.”

Correction: A previous version of this story misspelled the names of Lori Stanberry and Janna Haynes. They have been corrected.