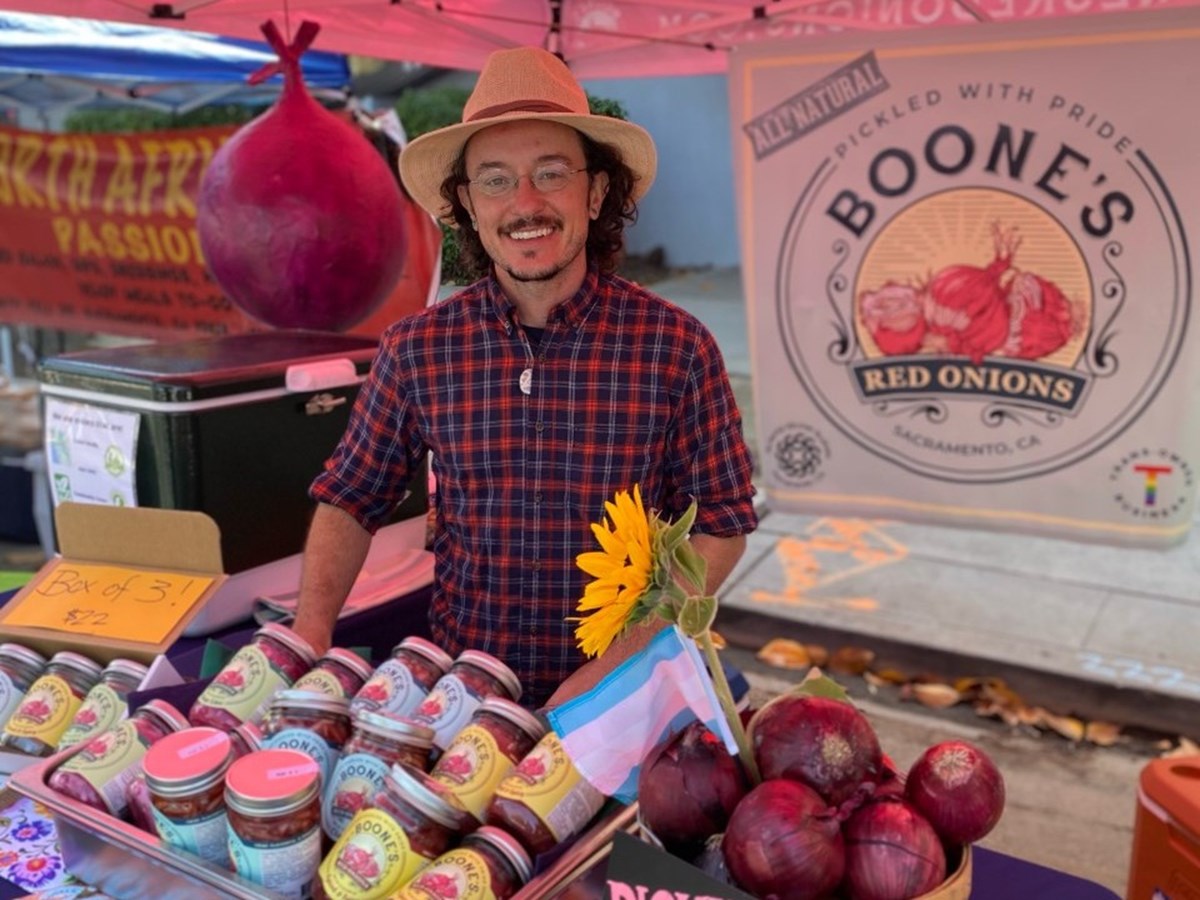 Christopher Argyros says it can be hard to find kitchen space to prep batches of his great aunt’s pickled red onion recipe, which he sells at the Midtown Sacramento farmers’ market.

“Usually it’s another business’ kitchen, and then you’re kind of trying to squeeze in around their hours, which is challenging,” he said.

Argyros owns Boone’s Red Onions and currently uses a nonprofit-run community kitchen in north Sacramento. He says it’s an ideal way to meet other food entrepreneurs in the area.

The city is hoping to create more spaces like this for residents like Argyros through their new ‘food-anchored resiliency hub’ program.

Sacramento is one of 13 communities selected by the Biden administration for the project, which is designed to boost the local food economy by investing in small businesses. The city will help nonprofits apply for federal funding.

Three sites have already been selected as hubs, which the city says will serve as community gathering spaces and also as providers of nutritious food in the event of an emergency. The city did not have a ballpark date on when the sites will be open.

The hubs will be located in low-income neighborhoods that historically lack access to healthy food, and where many residents have been facing food insecurity during the COVID-19 pandemic.

Alchemist Community Development Corporation is one of the nonprofits involved in the project, and they’re currently assessing locations.

“We’re ideally looking for a spot that could use some investment, in a place that has high potential to become an attractive community gathering spot,” said executive director Sam Greenlee.

Advocates for racial and economic equity have been calling on the city in recent years to provide more support for businesses in neighborhoods outside of the downtown area, especially those owned by people of color.

He says in addition to community kitchen space, Alchemist plans to build a cafe that will train people who struggle to find work due to documentation issues or recent incarceration.

“The plan is to bring in that workforce development cafe, to have a retail store onsite that features Sacramento-made products by small business startups,” Greenlee said. “It’s very difficult for entrepreneurs to get their products in front of people in a storefront when they’re just starting out.”

Argyros says getting his pickled onions into stores is the next big step, but it’s been tough to accomplish on his own.

He did get some training and mentorship from Alchemist’s existing incubator program, which the nonprofit plans to fold into the new hub project.

Hiring people is also on his list of goals.

“As a transgender food entrepreneur, I’d especaially love to employ other queer folks, other trans folks, to provide job opportunities,” he said. “I do see entrepreneurship as a possible way toward economic empowerment to the trans community.”

Argyros donates a portion of his profits to organizations working with transgender individuals.

“I think a lot of food entrepreneurs are living their values and have an underlying mision that the product is a vehicle for.”

Other sites that have been chosen as food hubs for the new program include the former City Tree Nursery in Mangan Park, and the International Garden of Many Colors in north Sacramento.