Can You Handle The Truth?: Fact-Checking Gov. Newsom’s Claim That California Has A $75 Billion Surplus 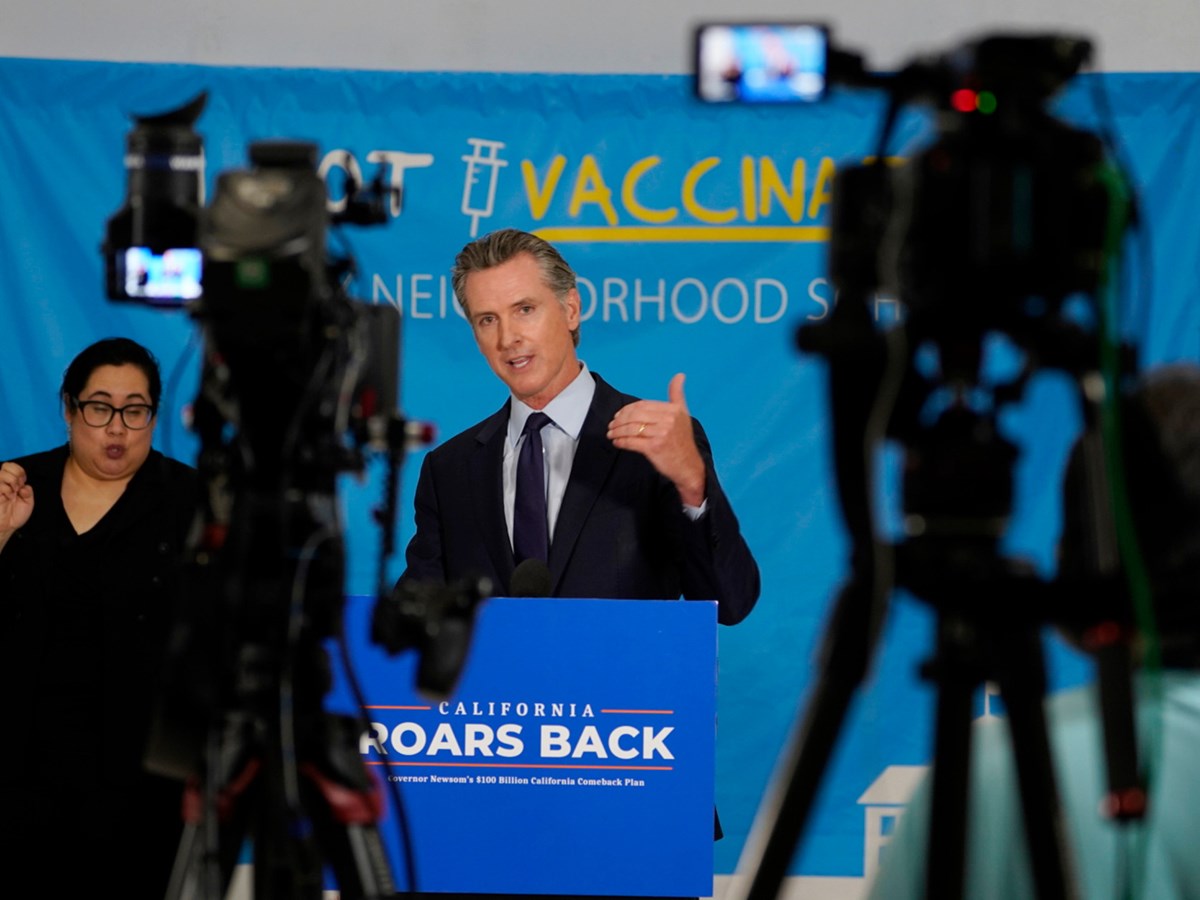 California Gov. Gavin Newsom, at podium, announces a massive jackpot to encourage millions of people who are still unvaccinated to get their shots at a news conference at the Esteban E. Torres High School in Los Angeles, Thursday, May 27, 2021.

But a few days later, the budget analyst for the Legislature said the accurate figure is only about half that amount.

CapRadio's PolitiFact California reporter Chris Nichols spoke with anchor Randol White about the dueling surplus numbers in our Can You Handle The Truth segment.

On the truth behind the $75.5 billion budget surplus

“We are seeing a comeback,” Newsom said. “A projected $75.7 billion budget surplus, which is unprecedented in California history. No other state, I imagine in U.S. history, has seen a dollar figure like that. It’s a remarkable, remarkable turnaround.”

I think everyone agrees that California’s state government has a lot of cash right now, and that’s largely because high-income earners have done very well during the pandemic — and when they do well, so does the state budget, which depends heavily on their taxes.

So, the question is, really, how flush with cash is the budget?

Some of Newsom’s critics, including former San Diego Mayor Kevin Faulconer, who is running in the recall election, say the governor misled the public with the larger number.

I asked some budget experts about this. They say this comes down to the definition of a surplus.

The governor is including the revenue that’s pre-committed and, by law, must be set aside for certain categories like education. The LAO’s definition of a surplus is only the money you have the freedom to spend as you see fit.

Here is what UC Davis law professor Darien Shanske, who is an expert in state and local taxation, has to say.

“Both numbers are reasonable. They just reflect a slightly different perspective,” Shanske said. “If suddenly you got a thousand dollars that you didn’t expect to get, that’s great news. But if you already had pre-committed $500, then it would also be reasonable to say, well, you really got $500 to spend. And that’s really what’s at issue between the governor and the LAO.”

On which definition of 'surplus' is typically used by a governor

That's according to Scott Graves, the research director at the nonpartisan California Budget and Policy Center.

"Those are the kind of things that in the past, the Department of Finance and the LAO have agreed that they should not count toward a surplus because the state is required to spend the money on those things," Graves said. "They're not available for any purpose."

Graves says that policymakers need to know the exact surplus o make decisions on spending or socking away more money for a rainy day.

He says by changing the definition and not being clear about what that figure represents, the governor created unnecessary confusion.