Sacramento Artists Asking Whether City Funding Should Be Kept Local 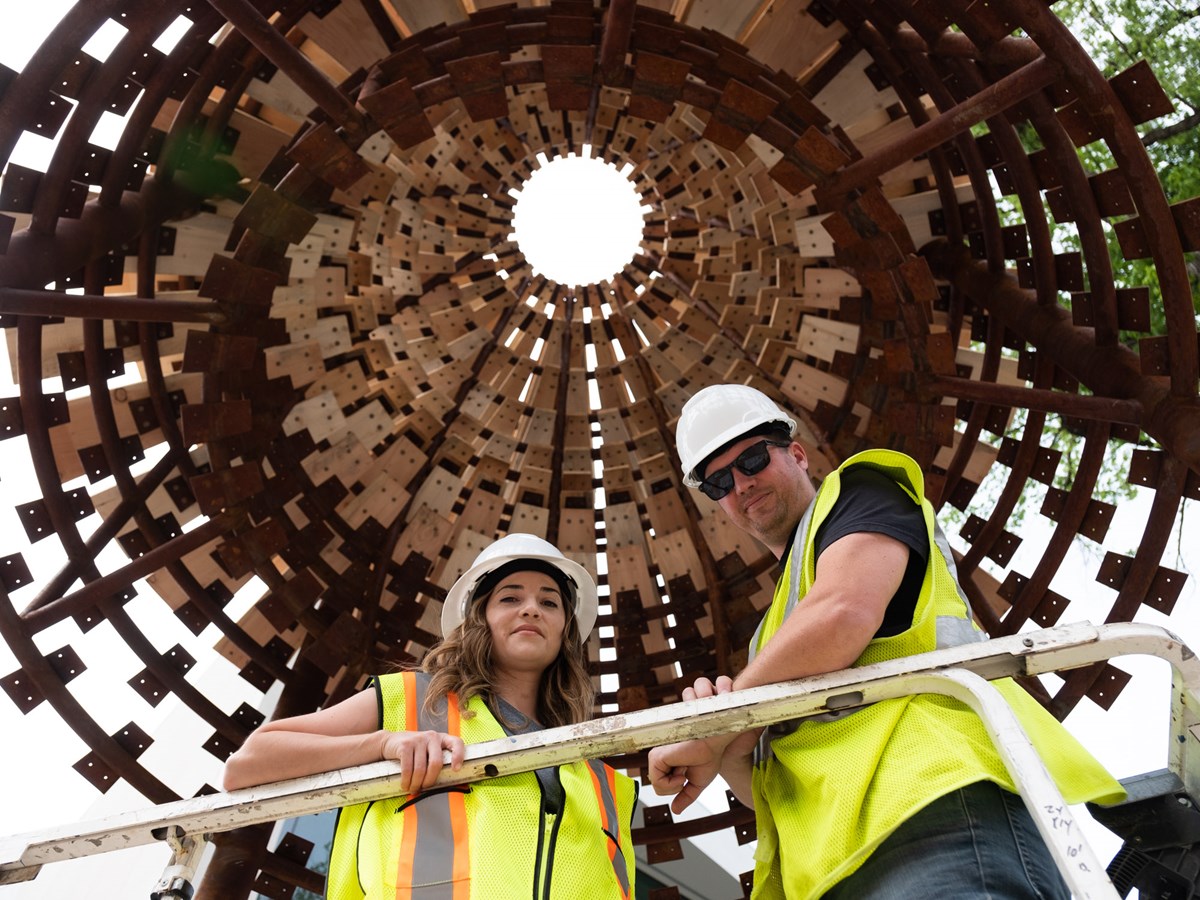 Kim Garza and Erik Prince under "California Cathedral" outside the convention center in Downtown Sacramento April 30, 2021.

On the east end of the Sacramento Convention Center one recent weekday morning, orange-vested workers installed custom-cut wood planks around a towering cylinder. They’re building a sculpture that will look like a large tree.

It’s one of five new public art pieces being installed around the complex this summer. Sacramento-based landscape architect Kim Garza was one of the four commissioned artists.

“All the wood members undulate in kind of form and so they will dip in and out. I really wanted this to be acknowledgement of climate change in the Golden State, but also to have a moment of reflection,” says Garza, describing the piece as the workers use a scissor lift to install the planks.

While there’s no objection to Garza’s work here, there was pushback to one of the commissions going to an out-of-town artist. The San Diego-based De la Torre brothers received $750,000 to build an 35-foot-tall illuminated rocketship at the convention center.

The public vote on these commissions at the newly renovated convention center has resurfaced an ongoing debate about whether local artists should be the beneficiaries of city-funded art installations.

In response to grumbling from local artists, City Councilwoman Katie Valenzuela recently asked the council to explore ways to steer more of these lucrative commissions to locals.

“They’d see big commissions go out, whether it be Golden 1 or elsewhere and wonder why that investment wasn’t made in a local artist,” Valenzuela said. 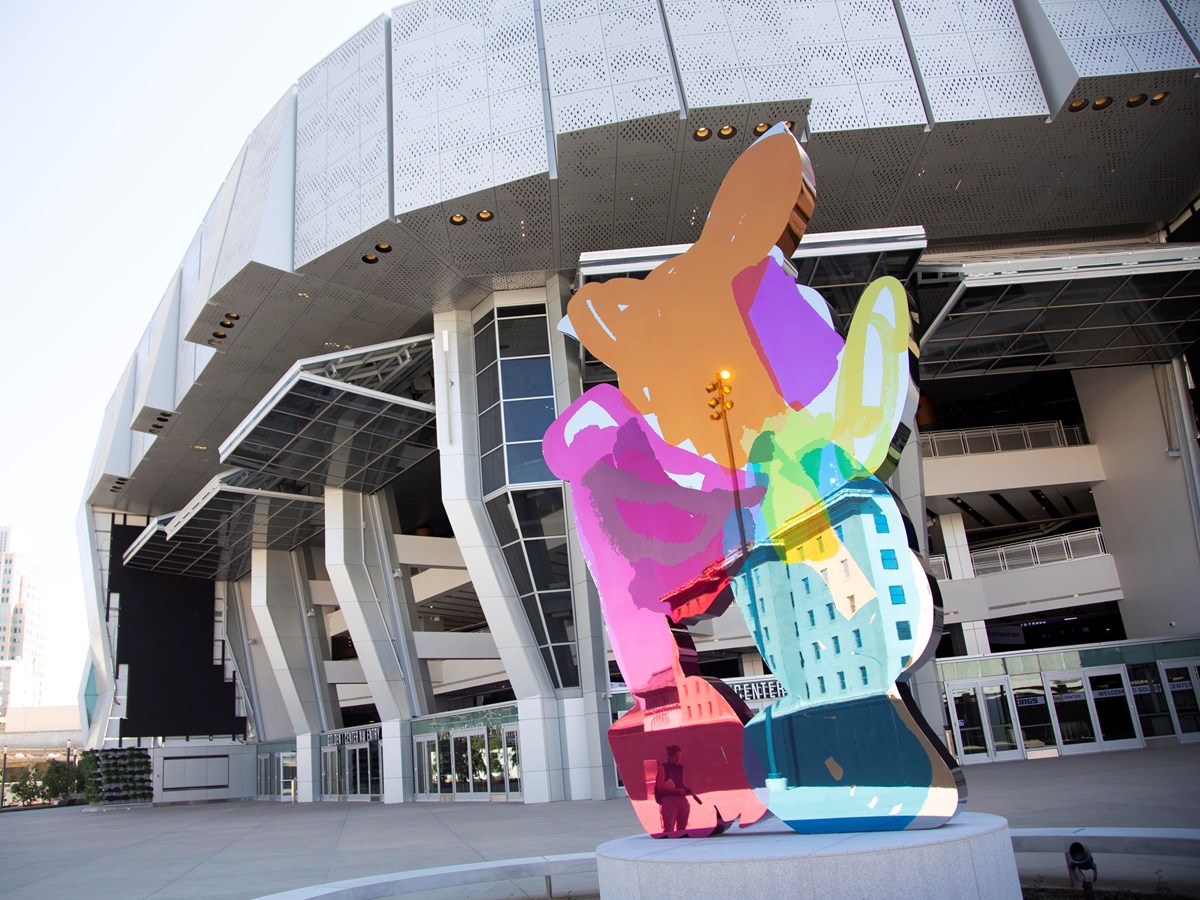 Even though the Sacramento Kings’ owners put up almost half the money for the piece, titled Coloring Book No. 4, local artists were not happy.

And Valenzuela says they had a point.

“We have a lot of local talent here,” Valenzuela said, “Maybe with more access to the opportunity they would develop the type of resume that helps them compete for bigger commissions.”

The city of Sacramento requires two percent of large public construction budgets to be dedicated to public art.

At a time when rents are rising rapidly, those commissions could be helping struggling local artists, says Mya Dosch, who teaches about public art at Sacramento State.

“In some ways these big splashy commissions are good for downtown, they bring this prestige downtown, but if you’re thinking long-term about the arts, we need to be giving commissions to artists so they can afford to live in Sacramento and make a living as artists in Sacramento,” Dosch said.

“....this is a conversation that happens … like … everywhere, not just in Sacramento,” Van Voorhis said.

She says exposure to outside art offers new perspectives.

“I think that a healthy sector — and people might not like this — I think a healthy sector is one that embraces work that is from outside, but also supports and promotes the work that is actually local as well,” Van Voorhis said. “That is creative vitality. We all grow when that is happening.”

Valenzuela says she doesn’t want a total moratorium on city money going to outside artists, but she wants the city to be “really deliberate and thoughtful in how we invest in our local talent.”

All five of the works set to adorn the convention center are being produced by Californians. Garza is one of two from Sacramento. 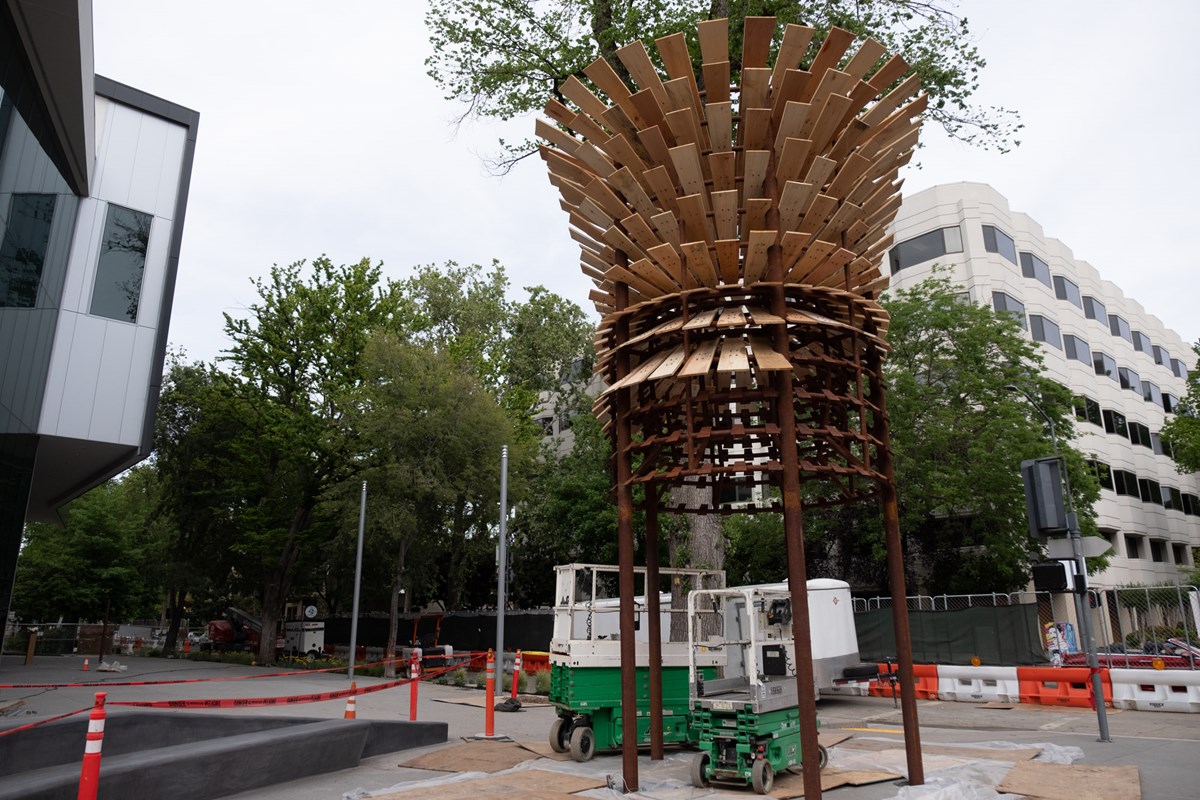 City officials also point out the most of the commission money is spent on subcontractors producing, transporting, inspecting and installing the works.

The public works part of the convention center remodel include:

Van Voorhis says there are good options for improving the local creative economy.

One way Van Voorhis suggests the city explore to spread public construction art dollars to local artists is to rewrite the rules on how that money is spent to include other forms of art happening elsewhere in the city.

An even more radical idea proposed by the arts community through the 2018 “Creative Edge” workshops is to begin requiring private construction projects to also fund community art.

Correction: In a previous version of this story, Kim Garza wasn't correctly attributed. It has been corrected.

Correction: In a previous version of this story, Megan Van Voorhis was misspelled. It has been corrected.