Interview: An Employment Lawyer's Tips On How To Deal With EDD's Unemployment Backlog 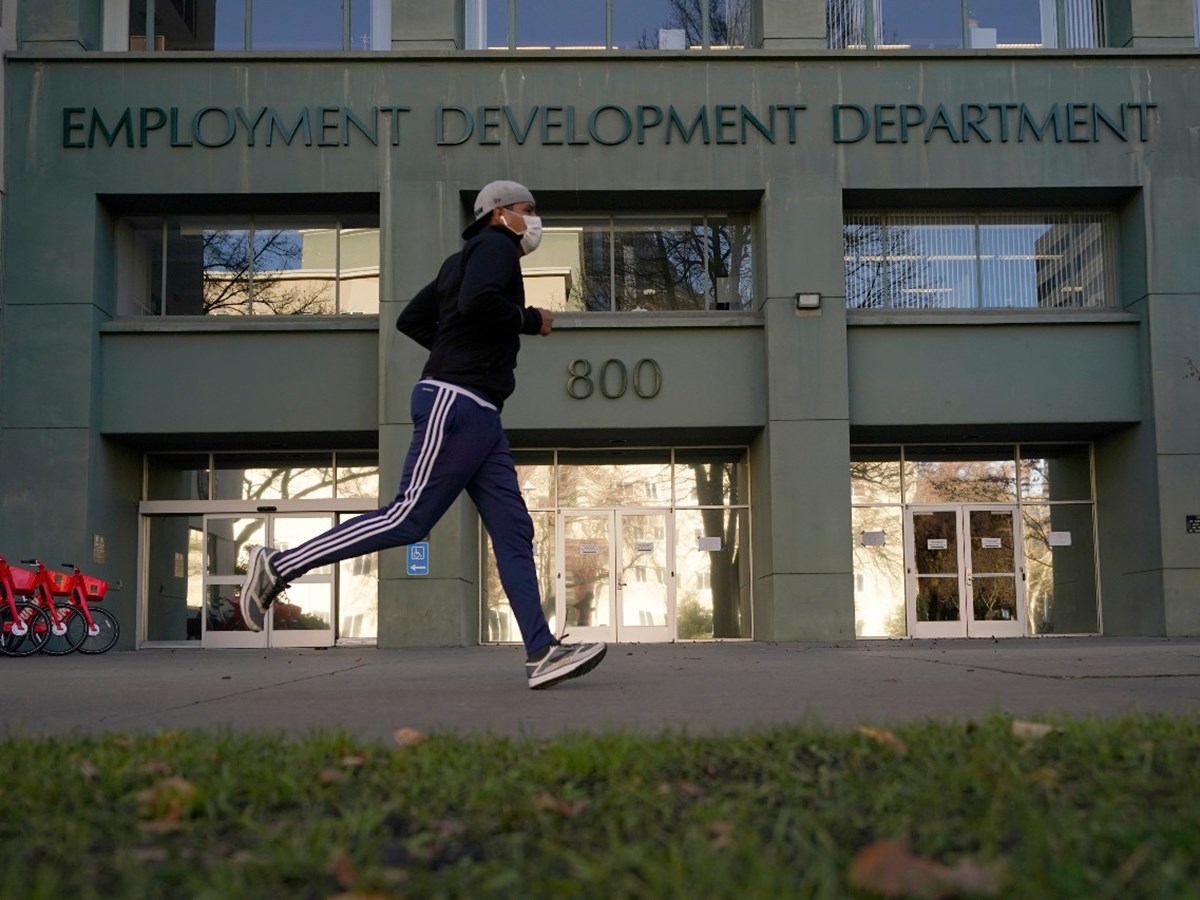 The office of the California Employment Development Department is seen in Sacramento, Calif., Friday, Dec. 18, 2020.

California's Employment Development Department has been facing a claim processing backlog since the start of the pandemic.

The backlog has ebbed and flowed this year, but is currently more than 1.1 million.Blame has been tossed around from technical glitches to long wait times for call center attendants. Since the start of the pandemic, people have had difficulty getting an EDD representative to speak to about any issues.

However, employment lawyer Jennifer Shaw believes that laying the blame entirely on the EDD isn't exactly correct since so much of their technical issues are out of their hands.

"Their infrastructure was not what it needed to be," Shaw said. "Their computer system was not where it needed to be. They've been asking for funding, and now we end up in a situation where the system isn't working."

CapRadio's Insight host Vicki Gonzalez spoke with Shaw about the difficulties people have been facing with getting approved and how to ground yourself and continue trying.

On what Shaw would say to demoralized applicants

You’ve paid into the system. You’re entitled to the benefits. So do whatever you can, use whatever resource you can. What I’m finding is helpful [is] if you set aside 30 minutes a day to work on your claim. You don’t worry about it; you don’t stress about it. You do what you can in those 30 minutes, and you keep going. Don’t give up.

On how long it takes for a claim to be certified

Well, and I hate to say it, two months [before a claim is certified] is not unusual.

What the EDD’s website says is that it should take three weeks to process your claim. Now, I want to be fair here. Sometimes people accidentally put in the wrong birthday, the wrong Social Security number. They’ve moved, and they didn’t update their address, so it’s very important when you put in these claims that you are precise, that you get all of your documentation in front of you, and you do everything you can to make sure you’re providing the best information.

Two months is ridiculous, but it’s not unusual.

So this is a big deal because, appropriately so, the EDD’s focus is on processing the outstanding claims.

So what I’ve been telling folks to do is not cash those checks, save the checks, continue working, continue trying to close your case, and at one point, the EDD will be in touch. You’ll be able to say, “Look, I’ve destroyed those checks. I did not deposit those checks,” but don’t do it until you hear back.

Now many of us get money on a card, right? It’s not an actual paper check … my point is, don’t use the card. Don’t cash the checks. Don’t use the money. I have a number of folks who have created a separate savings account where that money is directly deposited into so they know not to spend it, and they’re just waiting to give it back.

We still have a number of clients who have employees they were forced to lay off because of COVID-19, who can not get their benefits. Folks [are] repeatedly trying to contact the EDD, not being able to get through.

Hundreds of thousands of claims are on hold because of what’s happening internally at the EDD regarding confirming identities, making sure that payments are being sent to the appropriate people.

So what we see is sort of a catch-22. On the one hand, the EDD has been criticized for paying people who are not entitled to benefits. On the other hand, people who are entitled are not able to get through. It’s a pretty desperate situation for many of our clients, employees or former employees.

Then the other issue that I don’t hear being talked about … is [that] many employers have tried to use the work share program, which is a program through the EDD that eliminates the need to lay off a group of employees if you can give them reduced hours. They will actually get more benefits than they would if they were laid off.

The problem is, even with the new law that passed, that was effective Jan. 1 regarding the work share program, these folks cannot get access to the program. They register, they’re not getting documentation, their employees are not getting their pay. So it’s a significant failure of the system at this point.

[This] is unprecedented. I don't think any of us thought that we were going to be sitting here in almost the middle of May, still in the red tier in Sacramento, not knowing exactly what's going to happen.

We hear that the state is going to open up June 15 We're not all sure what that means. So I think the reality is we can blame, but what we really need to do is problem solve. I have seen the EDD really work hard to try to get things handled. They are begging people to come out of retirement.

But the truth is, it's like driving on a road that should have been repaved 20 years ago, and you can't do it overnight … Well, it really shouldn't be a surprise to many people because they've been asking for help and they've been needing help.

Much of our infrastructure, when it comes to state agencies, computer programs, software, hardware, etc., needs to be upgraded. There has been this sort of deferral mentality of "We'll get to it when we get to it." Well, unfortunately, with the pandemic, the chickens have come home to roost and it can't be fixed overnight.

I think what's going on here is that a lot of the correspondence from the EDD is auto-generated.

So sometimes, you'll get a notice that was generated a while back, and you've taken other action in the interim, so that notice isn't really accurate anymore. But because of just the sheer volume of what's being managed, the notices aren't getting out as quickly as they need to. So a lot of times, you'll get a notice that is really not valid anymore.

You've already done something, or the EDD has already pushed your claim through, and you don't know it at that point. So, I have a number of clients who say, "oh my gosh, I just got a call, and this former employee got a check, retro payment, everything, had no idea it was coming." So [EDD is] trying to push things through, but I'm hearing a lot of that.