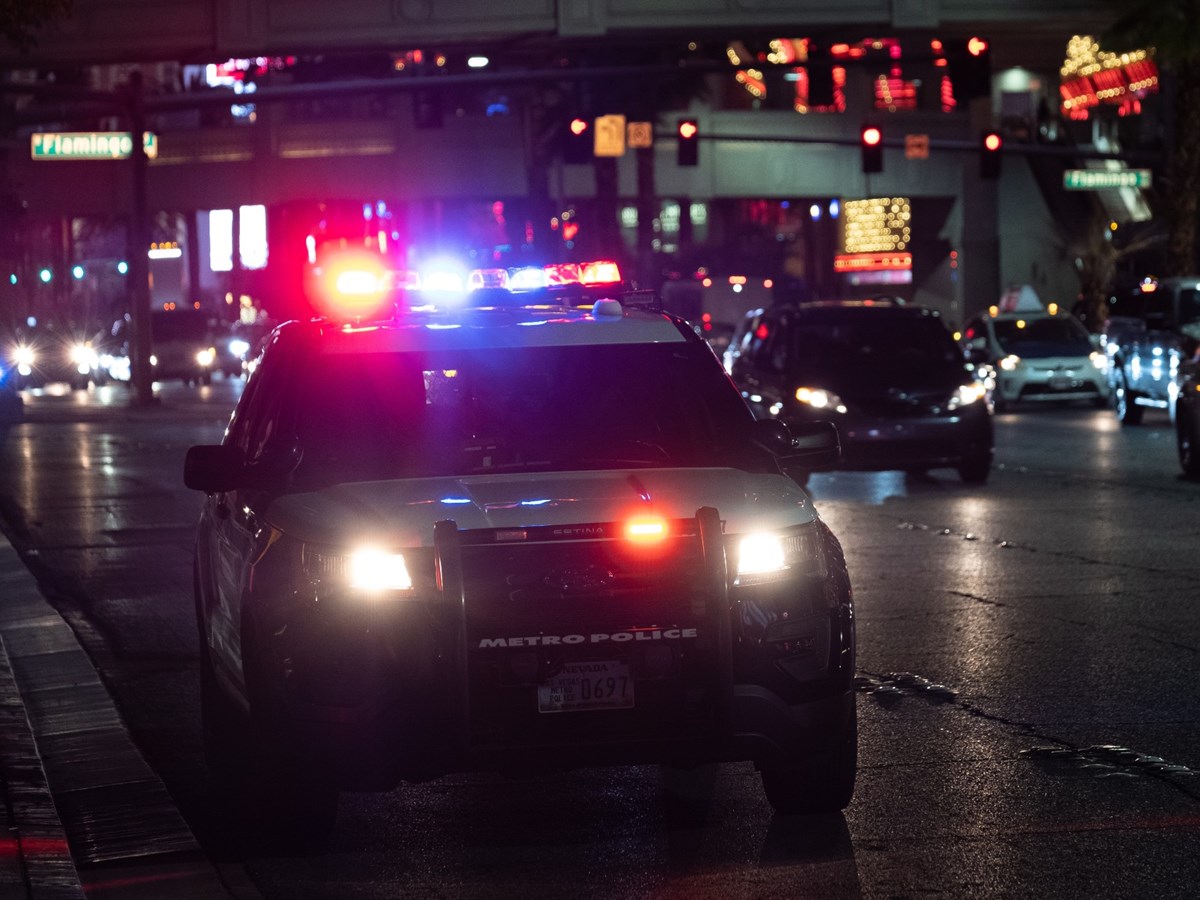 Photo by NeONBRAND on Unsplash

Trevion Jones got pulled over for the first time while he was driving to work one day in 2018. It wouldn’t be the last. Jones, a young Black man living in Las Vegas, says over the next year police stopped him on eight separate occasions.

Jones had a 15-mile commute to work from the suburban neighborhood of Centennial Hills to downtown. Public transit options were limited, and he worked the night shift. So he had to borrow a car from his brother to get to his job as a security guard.

With every traffic stop, the stress of interacting with cops got harder and harder to deal with.

“I’m a 25-year-old man, crying because he got pulled over by the cops,” he said. “We die like this. Literally.”

In Nevada, minor traffic violations are considered misdemeanors. That means people can face jail time for unpaid tickets, even when they’re issued for non-moving violations like expired registration.

Nevada lawmakers are weighing a bill for the fifth time in a number of years that would convert minor traffic violations from criminal offenses into civil infractions and remove the threat of incarceration.

Three years ago, that would have changed Jones’ situation drastically.

Back then, he was raising his eldest daughter as a single dad and money was tight. So Jones said he couldn’t afford to keep up with the ongoing costs of having a car. As a result, he got multiple tickets for not having car insurance, current registration or a driver’s license.

And since Jones didn’t have the money for insurance, he definitely couldn’t afford to pay down the fines. Eventually his citations added up to more than $2,500 and the court issued a series of bench warrants for his arrest.

“I haven’t paid for any of the traffic tickets. I’m the only person working in the house right now, so no, I can’t afford it,” he said. “Every day I know I’m on borrowed time.”

Advocates say traffic fines are essentially a tax on the poor — and it’s one that’s primarily being levied on the backs of Black Nevadans, who are disproportionately impacted by the penalty of jail time, which can carry up to a 6-month sentence.

The practice of criminalizing minor traffic violations isn’t unique to Nevada. But there are only  12 other states that still send people to jail when they can’t pay, according to the national Fines & Fees Justice Center.

She says under current law, the amount someone owes for a simple ticket can easily snowball and make it even harder to pay off as additional fees get added to the original citation. Bench warrants, for example, come with their own fee, which is folded into a defendant’s debt to the court.

A new report from the University of Nevada, Las Vegas supports Nguyen’s position. Researchers analyzed traffic warrant data from the Las Vegas Municipal Court as well as an interim study that was commissioned by the Legislature in 2017, after an earlier attempt to decriminalize fell flat.

Barb Brents, a sociology professor at UNLV who spearheaded the more recent study, says they found most traffic warrants were being issued to people from low-income zip codes with high Black and Latinx populations, where a lot of residents can’t afford to pay the fines. As a result, they’re more likely to go to jail.

And in Las Vegas, almost half of the open traffic warrants were issued to Black residents like Jones — even though the Black community is just over 10% of the population.

“It’s essentially a tax on the poor,” Brents said. “It’s a self-fulfilling prophecy.”

Leisa Moseley, the Nevada state director for the Fines & Fees Justice Center, has been trying to get lawmakers to decriminalize traffic violations for nearly a decade. She also commissioned the UNLV study.

“We’re a little bit behind. States had started decriminalizing as early as 1970,” Moseley said. Specifically, New York was the first state to remove jail time as a penalty for unpaid tickets.

More to the point, Moseley says Nevada’s policy and its disproportionate impact on Black residents is an example of systemic racism.

“This is a racist policy,” she said. “It’s always been easy for this country to extract resources and build cities and jurisdictions, revenue-wise, from Black communities.”

AB116 marks the fifth time Nevada lawmakers have considered this reform. So far, courts and local governments have been opposed, because part of their funding comes from traffic fines.

Las Vegas Municipal Court Administrator Jack Eslinger says his agency stands to lose $3 million a year if the law changes, and local governments have limited options when it comes to raising revenue.

“If we take a big chunk out, that means they’ve gotta find places to cut the budget or ways to reallocate money to cover current operations,” he said.

Eslinger added that for local authorities to get on board, they’ll have to be convinced that removing criminal penalties won’t make people less likely to pay their traffic fines. He says preserving the ability to suspend someone’s driver’s license — which the bill does — is one way to do that.

“It is important that we do have the ability to enforce the statute,” he said.

But Brents of UNLV says the idea that people don’t pay their tickets off just because they don’t feel like it doesn’t hold any water.

“What the data seems to show is that the people who can pay, pay,” she explained.

One local court in Northern Nevada has found that to be true.

Carson City judges stopped issuing bench warrants for minor traffic violations in 2019. They realized the threat of arrest — and the practice of requiring someone to pay their full fine in order to avoid it — was getting in the way of people actually taking care of their tickets.

Maxine Cortes, a court administrator for the Carson City Courts, says when they stopped sending people warrants, the collection rate for outstanding traffic tickets increased more than 15% — even during the pandemic.

“We stopped issuing the warrants, and behold, our collection rate started going higher because people could make payments on that collection,” she said.

‘It Could All Be Taken Away’

On Valentine's Day in 2019, Trevion Jones’ warrants caught up with him.

That day, he says he overheard a domestic dispute in a neighboring apartment and stepped in to help de-escalate the situation. When police arrived, Jones says he willingly offered his account of the incident, then returned to his apartment, where he was spending the evening with his young daughter.

So when one of the cops knocked on his door and asked him to step outside to fill out more paperwork, he didn’t suspect anything was up.

Jones was arrested on a Thursday, so he had to wait in a crowded, cold holding cell all weekend to go in front of the judge. He would eventually serve a total of nine days.

It was the first time he’d been to jail, and as a result, he lost his job and his apartment — as well as custody of his eldest daughter, whom he says was taken to Texas by her mother. He hasn’t seen her since.

But despite all of that, he still owes more money on his tickets — and since he still can’t afford to pay them down, he could be arrested again.

Next time he is, Jones says he’ll just stay in jail until all his fees are wiped out. It’s not worth it to him to get released early, just to be stuck in the same cycle.

He also says he plans to turn himself in soon, so he can get it over with. But he isn’t ready to do that quite yet, because he and his wife are expecting another baby.

“I may not see her be born,” he admitted. “I’ve worked kinda hard to get back on my feet and because I still have these tickets over my head, it could all be taken away from me at some point.”