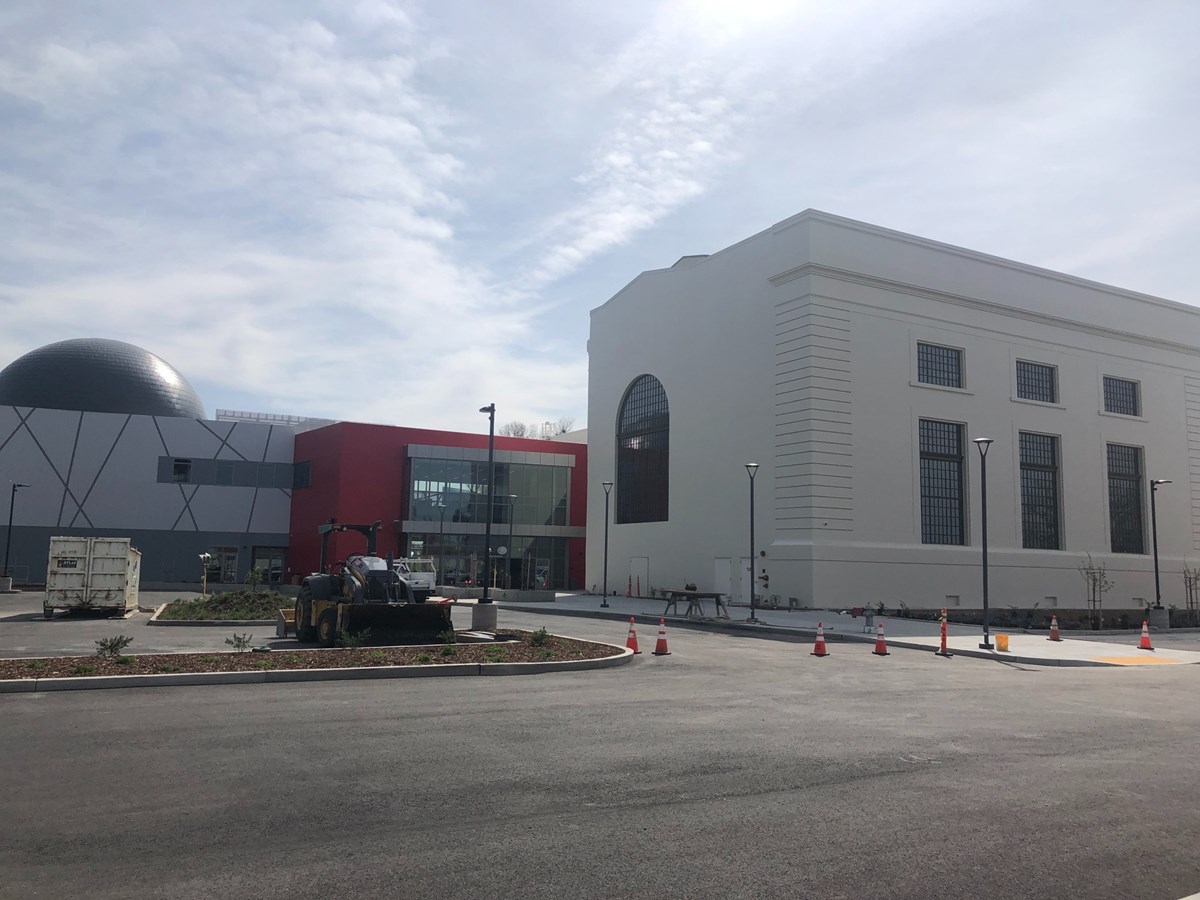 The SMUD Museum of Science and Curiosity prepares to open after renovating long-vacant PG&E power station along the Sacramento River.

While most public venues have struggled through pandemic closures, two large Sacramento attractions will emerge from the closures with shiny new buildings.

The newly renamed SMUD Museum of Science and Curiosity, located on the Sacramento River near Discovery Park, spent $50 million in renovations during the pandemic. It transformed the long-vacant PG&E power station into a gleaming facility with a domed planetarium.

“For over 35 years it was abandoned and people were going inside and there was all kinds of graffiti and bat guano and pigeons,” said Michelle Wong, executive director of the new SMUD Museum of Science and Curiosity. “It was just abandoned.”

The science center — which was formerly named the Powerhouse Science Center — is planning a grand opening in October, with a COVID-restricted kids camp this summer.

Mike Testa is the executive director of Visit Sacramento, which runs the venue. He says the meeting place didn’t lose any money during the pandemic. It had already planned to be closed while adding exhibit space and other amenities, such as a new cafe.

“In some ways Sacramento has fared better than other cities, because we already know our building was going to be under construction. So we didn’t have any conventions booked for 2020 already,” said Testa.

Although there is a lot of uncertainty about when the new buildings will be at full capacity, Northwestern University professor Joseph Schofer has no doubt public venues in cities like Sacramento will bounce back.

“There's a hunger for people to be together, which is what's defined cities historically for thousands of years,” Schofer said. “There are economic benefits that we can measure in dollars and cents. I would argue that more importantly, there are social benefits.”

The convention center will open at the end of May for gatherings of 2,500 or fewer.