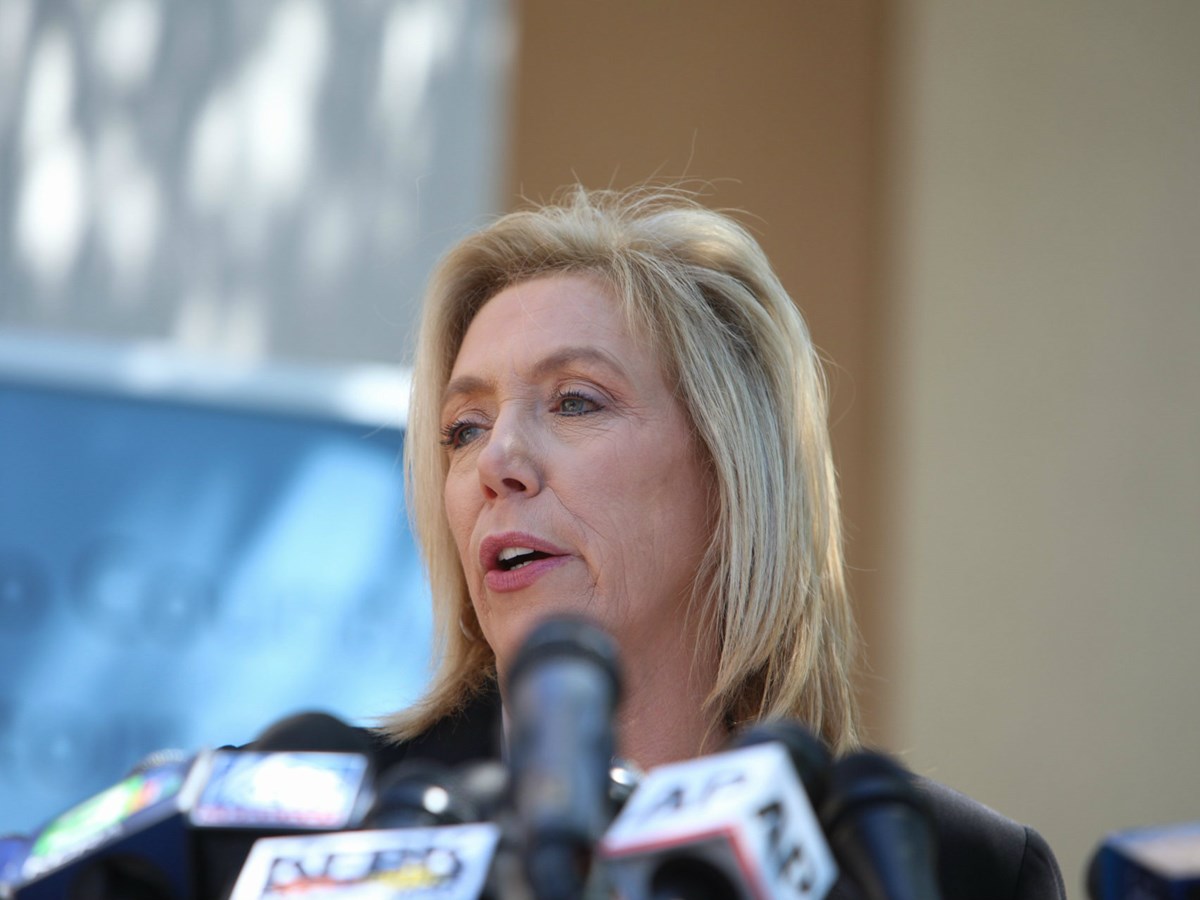 Just five days ago, now-former California Assemblyman Rob Bonta was sworn-in as the state’s Attorney General. And already he has a challenger for his spot as the state’s top law enforcement official: Sacramento County’s District Attorney Anne Marie Schubert.

On Monday, Schubert announced she would run for AG in 2022, saying “California's criminal justice system is in chaos.”

Shubert was first elected as DA in 2014 and is currently serving in her second term. A move to become Attorney General would also mean she would lose her chance to run for DA in Sacramento next year.

Schubert is widely known for helping in the arrest of the Golden State Killer and subsequent trial in 2018. She has also faced criticism for deciding not to charge the two officers who fatally shot Stephon Clark that same year.

Schubert joined CapRadio for a conversation on Tuesday, when we spoke about the criticism she has faced, what she views as triumphs throughout her career and why she is running for attorney general. The first question: What prompted her to change from Republican to No Party Preference in 2018 and why did she run as an independent in the 2018 District Attorney race?

I think it's really authentic to who I am as a person. As I grew up, I registered as a Republican. I have some more liberal views. I have some more probably more mainstream, moderate conservative types of views. But it's just who I am. I honestly feel strongly that the position of the district attorney or the position of the attorney general should be a nonpartisan position that represents the interests of everybody. Public safety is what I would say color blind, and it should be color blind. So it's just what I feel comfortable with. But I'm proud to be running as a No Party Preference.

On her DA campaign receiving $13,000 from law enforcement groups days after the fatal police shooting of Stephon Clark in 2018

I'm the chief law enforcement officer of Sacramento County. I'm a public safety official. Whether I like it or not, I’ve got to raise money. And it doesn't change how we look at cases. We filed cases against police officers. We have one right now that's pending against an officer for use of force. We have others where we put officers in prison for raping people on duty. So we look at the facts and law. We follow those facts of the law.

On the highlight of her 30-year career, the arrest of the Golden State killer, using DNA genealogy

[The California Department of Justice ] has a phenomenal crime lab there. I think they have 10 to 12 crime labs across California. I've worked with them. I know many of them that work in their DNA units, both the criminalists and the lawyers that are assigned to that. You know, I'd like to take this new tool to the highest levels and bring it to a statewide level. And remember, it's not just about solving crime. I mentioned the Ricky Davis case [Monday]. Without that new tool, I'm not sure where we would have been with that case. But clearly that would have that led us to the person that's now charged. So I am incredibly proud of my history with DOJ crime labs. I know them, many of those folks, very well. You can ask them, what have I done in terms of advances in DNA and the power of that technology? So I'm excited about that possibility, very excited about it.