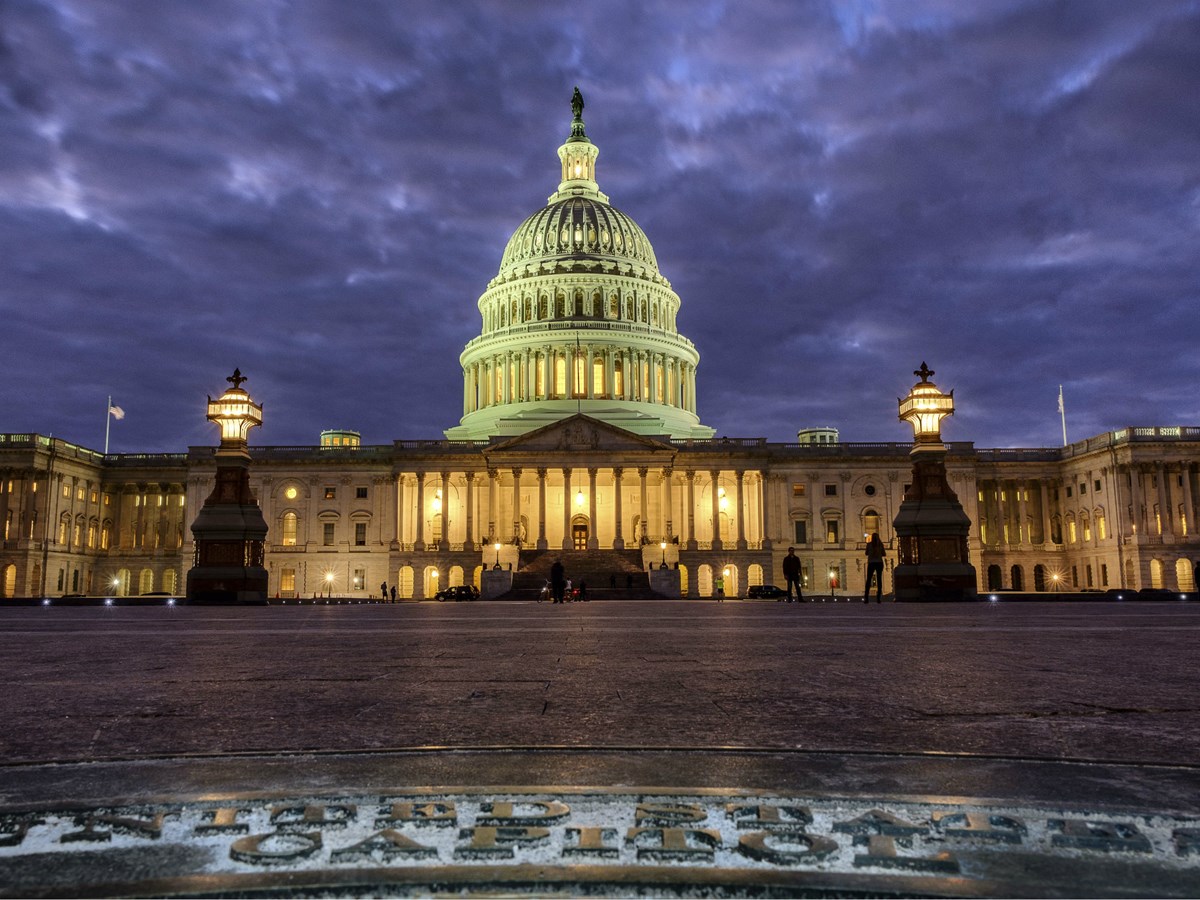 In this Jan. 21, 2018, file photo, lights shine inside the U.S. Capitol Building as night falls in Washington.

California will lose a seat in the House of Representatives for the first time in its history, according to data released Monday from the U.S. Census Bureau.

The numbers, the first batch from the 2020 census, show 39.5 million people living in California. But a slowing rate of growth in recent years means the state will drop to 52 members of the U.S House of Representatives after redistricting is completed, a loss of one seat.

The loss of the congressional seat will also mean that California's number of votes in the electoral college will drop from 55 to 54 in the 2024 presidential election.

Eric McGhee, a senior fellow with PPIC, said the numbers were close to what analysts were expecting. He said the shift is unlikely to change what political parties represent California in Congress, since the state is reliably Democratic, but it could shift district boundaries.

"The estimates suggest that the parts of the state that are gaining relative to others is the Bay Area, Sacramento and the Inland Empire," McGhee said. "The part that really kind of loses out is Los Angeles County. And so it's going to need to lose some districts to some of these other areas in order to make all the districts be equal in population."

McGhee said the biggest surprise wasn't that states like Texas and Florida picked up seats, but that they didn't get more.

"There were some estimates that had Florida picking up two seats, in Texas three," he said. "Only seven total [seats] were switched, which is a new low in the sort of modern era of reapportionment. And it just really speaks to how little we're moving around as a people."

Last year the state grew only 0.05%, the lowest yearly total since 1900, according to the state Department of Finance. While the Census Bureau won't release more detailed demographic data until September, the state data shows that California is losing more residents to other states than it brings in, though increases from births and international migration have kept the state from losing population.

The numbers highlight a growing conversation about affordability and opportunity in California. A Public Policy Institute of California poll from March found that 43% of Californians say housing costs are making them seriously considering moving, with a third saying they are looking at moving out of state.

Still, the trend in losing residents to other states isn't new. California hasn't attracted more movers from out of state since 2000, and a California Policy Lab study found that most residents choose to move within the state.

Monday's release was delayed from December because of the pandemic. States will get more detailed redistricting data in September, six months later than they did after the 2010 census.

Those delays will be major problems for the state redistricting committee. Typically the committee must deliver new congressional maps by Aug. 15, but the state Supreme Court has provided an extension. The commission now has until Jan. 1  to deliver draft maps and Feb. 14 for final maps.