California Has A Recycling Problem 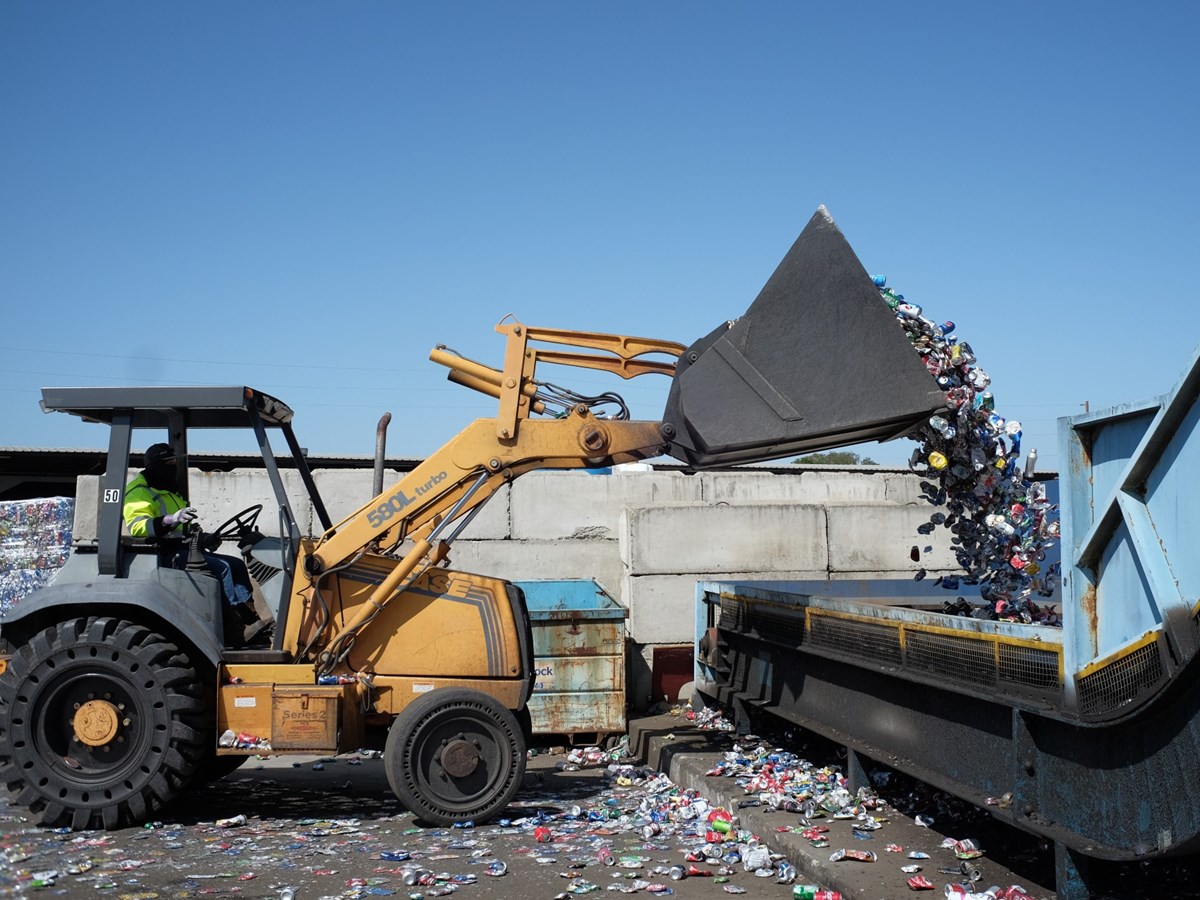 A bulldozer drops recycled cans onto a conveyor belt at Ming's Recycling in Sacramento.

It’s like magic: Every week, plastics, mixed paper and cans go in a big blue bin, are hauled out to the curb and then — poof! — recycled into something new in some distant facility.

In reality, there’s more myth than magic at work.

“Twenty to 40% percent of what ends up in somebody's curbside bin has a chance of being landfilled,” said Jeff Donlevy, general manager with Ming’s Recycling in Sacramento. “And a lot of it has to do with mislabeling and contamination of materials.”

Consumers misunderstanding the triangular, “chasing arrows” symbol is partly to blame. California lawmakers are taking on this issue with a proposal they call "Truth in Labeling For Recyclable Materials."

Senate Bill 343 would tighten when the chasing arrows symbol can be used, in an effort to help clean up the recycling stream. It would task CalRecycle with publishing a list of feasibly recyclable materials, and only those products can carry the logo.

“We’re basically trying to create some truth in advertising here,” said Sen. Ben Allen (D–Santa Monica), who authored the bill. “People simply don't have the basic information [to determine] whether an item ought to be put into the blue bin or into the trash bin.” 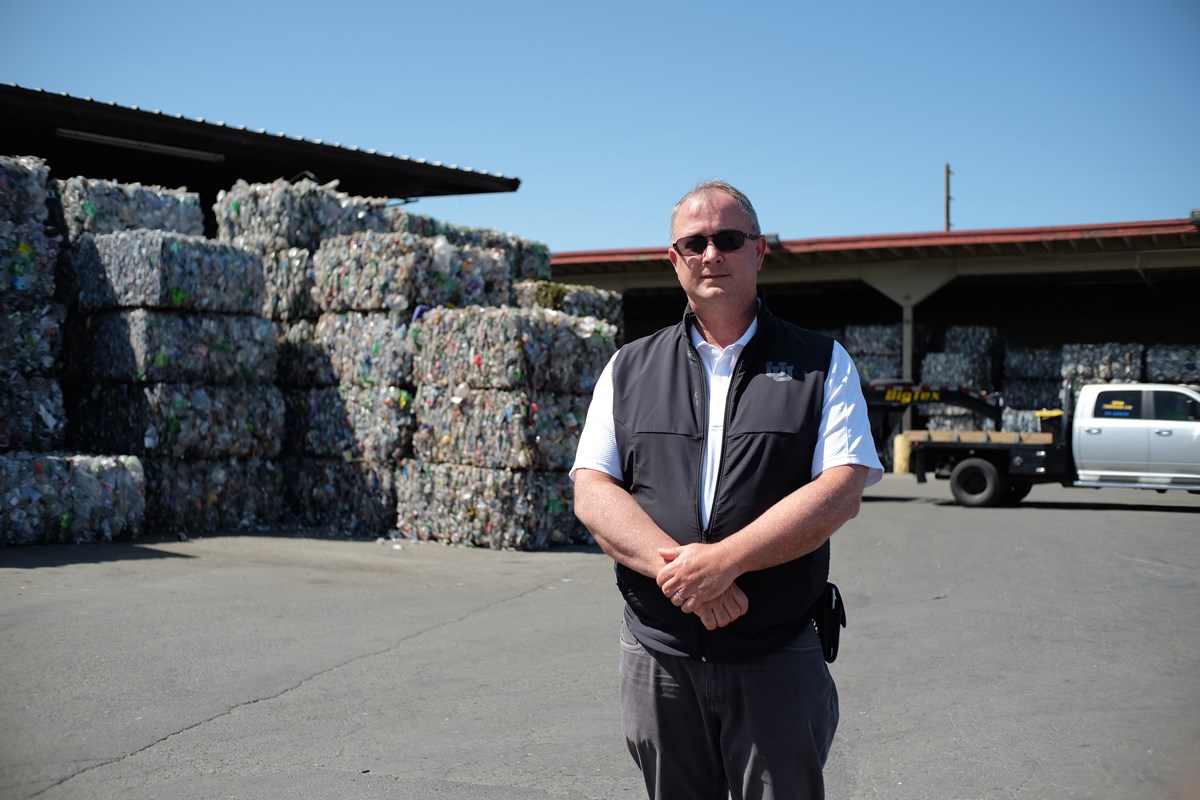 Supporters of the bill say companies exploit the chasing arrows symbol as a marketing ploy to sway enviro-conscious consumers; when the products are put into blue bins, they call it “wish-cycling.”

Opponents, including manufacturers and the plastics industry, say creating separate labels and product molds for California is unrealistic, and argue the bill ignores systemic problems in the recycling industry. They say the state should focus on improving recycling infrastructure so it can recycle more types of plastic.

Cleaning Up The Recycling Stream

One stack — clear, glistening in the morning sun — came through recycling redemption centers, where people drop off their cans and bottles and get their CRV deposits back. The other — dingy, with various materials mixed in — came through the curbside recycling system.

The clean bales will be shipped to reclaimers in California and ultimately turned into new plastic products. But the dirty ones have nowhere to go.

“It's very difficult to find a home for this material anywhere in the world right now,” said Donlevy. 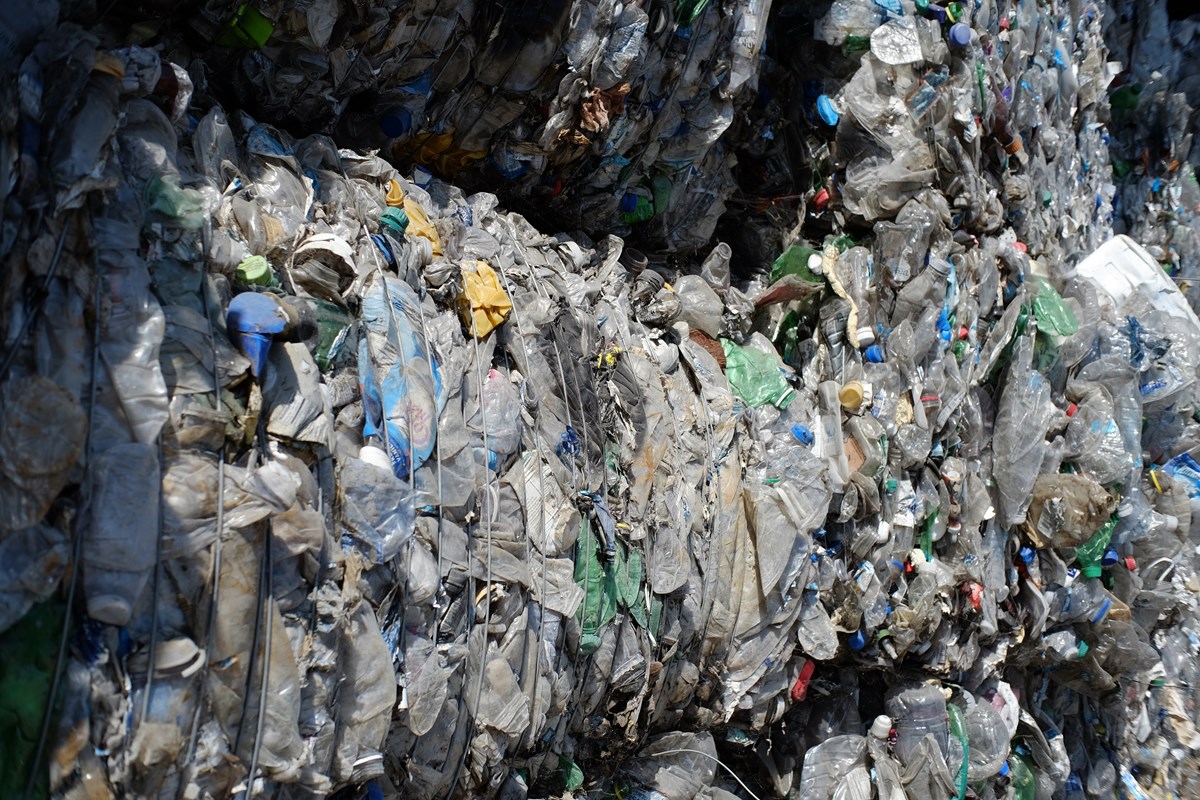 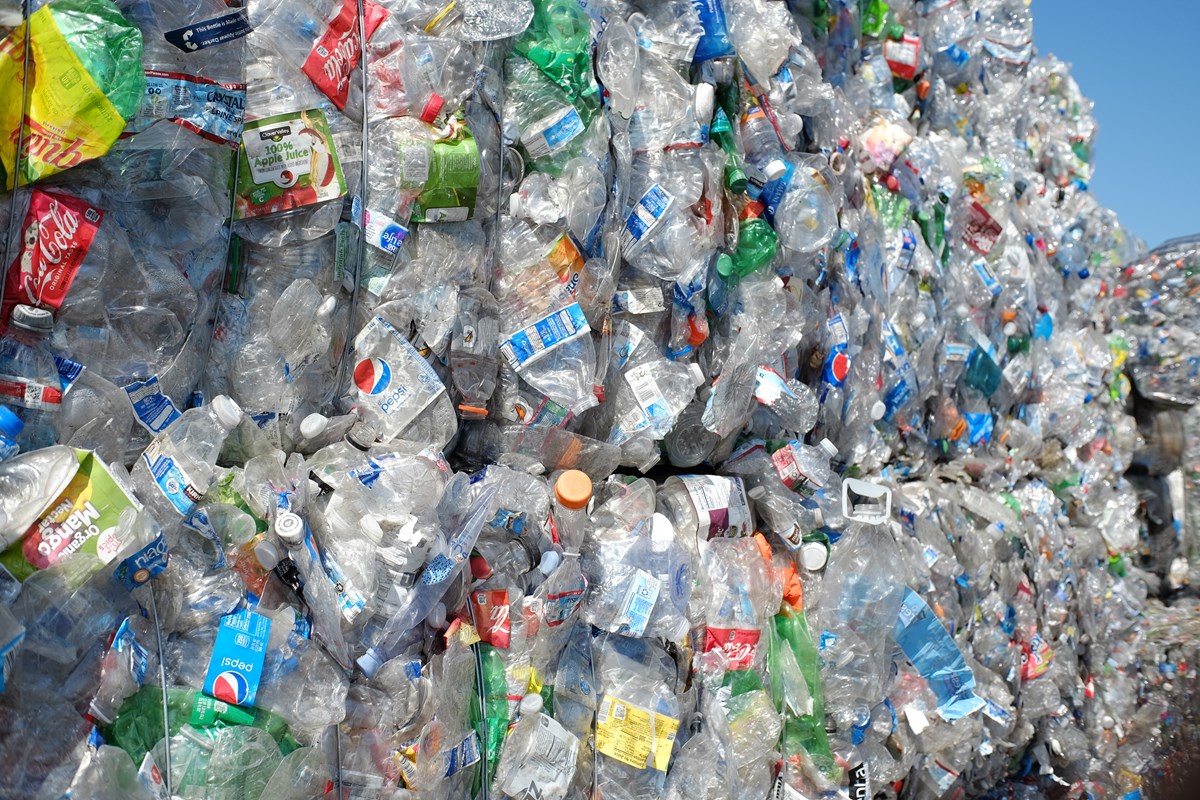 And there’s a worse outcome: Sometimes these materials go to a landfill.

Donlevy believes SB 343 will help bring clarity to consumers, and clean up the recycling steam.

The chasing arrows symbol is intended for recycling plants and manufacturers — not consumers — so they know the material makeup of a product. It typically contains a number, ranging from one to seven, that designates the plastic’s resin type. Right now, the curbside system can only process items with a “1” or “2” in the logo, and sometimes products with a “5.”

Products like certain plastic films and wrappers aren’t recyclable through the curbside system. And they can cause a headache at sorting facilities, getting caught and wrapped up in the sorting machines. It’s time-consuming for workers to fix and can damage equipment.

These products can also taint the recycling stream. Curbside recycling already has contaminants — such as food and dirt — that can compromise recyclable materials. If a plastic film slips in with a batch of mixed paper, that further compromises it.

These issues were less pressing when other countries were willing to accept California’s recyclables.

In 2016, the state sent over 9 million tons of potentially recyclable materials to China. The materials had an estimated value of over $2 billion — if they could be properly sorted, cleaned and recycled. Allen and others claim China would typically pick out the most valuable materials and burn or dump the rest.

Two years later, China and other countries stopped taking recyclable materials from the U.S., in part because it was becoming less profitable. That created a serious problem for California.

A bulldozer drops recycled cans onto a conveyor belt at Ming's Recycling in Sacramento.Scott Rodd / CapRadio

Matt Seaholm, vice president of government affairs for the Plastics Industry Association, says the state should focus on improving the recycling infrastructure, which would allow for more materials to be processed in the U.S.

“It's really the infrastructure and the end markets that are lacking,” he said.

Seaholm argues that SB 343 would result in some recyclable materials being dumped into landfills. He characterizes the bill as “giving up” on those items, as opposed to investing in ways to make them more feasibly recyclable.

He agrees there should be greater clarity on when and how certain items can be recycled. But he argues it would be too burdensome on manufacturers to create new labels and product molds to meet the labeling criteria proposed in the current version of the bill.

The bill does create a process for manufacturers to petition CalRecycle to include materials left off from its list, if the manufacturers can demonstrate how the products would be recycled.

Sen. Allen says he’s also interested in addressing systemic issues in the recycling industry. He introduced a separate bill to abolish single-use plastic items unless they are truly recyclable or compostable. Similar versions of the bill have failed in the past.